** Editor’s note:  It may be beneficial to have the first two pages of the attached document open or printed while reading this week’s column. ** 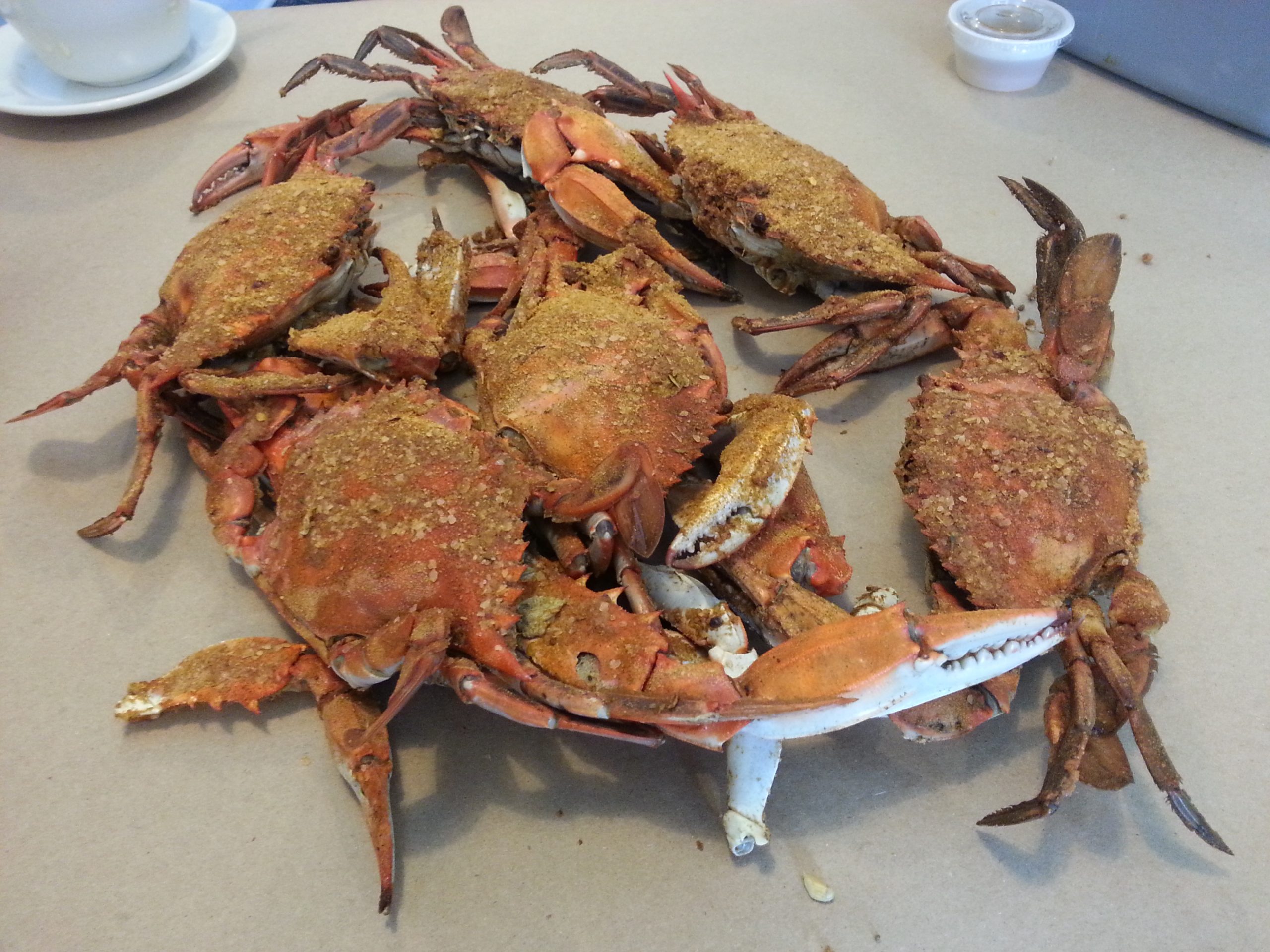 Greetings from Philadelphia, Baltimore (where the crab season is just beginning), Washington D.C. and Dallas.  This has been a fun week in the tech and telecommunications industries, with the main headline being Dish’s increased offer for Clearwire to $4.40.  Kind of makes Google’s and Time Warner Cable’s sales of their respective Clearwire stakes look premature – to be exact, about $225 million dollars premature.  It also makes Comcast and Intel’s December decision to sell their Clearwire stake to Sprint (provided Sprint completes the Softbank or alternate transaction) also look premature as Sprint will be buying their stakes at a 33% discount to Dish’s current offer.

Continuing with the Sprint theme (and reinforcing Sprint’s $2.97 Clearwire purchase price from Comcast and Intel), on Friday the advisory firm Institutional Shareholder Services recommended that Sprint shareholders accept Softbank’s offer of $4.03/ share.  According to Reuters’ reporting, while the cash difference of nearly $0.70 per share exists, “shareholders cannot ignore the question of execution risk, upon which all assumptions about future value creation must ultimately rest.”  Looks like someone has been forwarding The Sunday Brief to ISS.

On the AWS front, Verizon Wireless announced that two existing phones, the Galaxy S4 and the Nokia Lumia 928, are already equipped for their upcoming 1.7/ 2.1 GHz AWS rollouts.  Verizon also announced that two Samsung tablets, two mobile hotspots, and a USB antenna will also be available for these urban networks.  AWS compatibility is something to keep in mind if you are on the fence about your next smartphone purchase, especially if you work in a dense urban area.

In the continuing battle between cable companies and programmers, Time Warner Cable and LIN Broadcasting came to agreement late Friday afternoon, averting a shutdown of 24 local channels across 14 markets.  LIN is no stranger to retransmission disputes with cable companies, including Time Warner (in 2008 LIN went dark on TWC for 25 days). 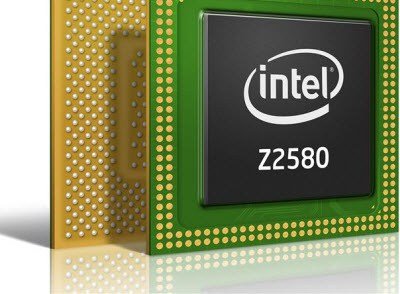 Finally, some big news for Intel this week as it was disclosed that Samsung’s new tablet will be running on the latest version of the Intel Atom chipset, the Clover Trail+ line.  Interestingly, Intel will be replacing Samsung’s own line of chipsets (Exynos).  The CNET article here covers the reason for the chipset change in detail, with one analyst outlining that Samsung should be able to use the same chipset for both Windows and Android tablets.   Additional details to come when Samsung announces new devices, including the long-awaited S4 mini, on June 20.

This week we take our semi-annual view of the smartphone lineups for the four largest US carriers.  We have been tracing the progression of devices for nearly four years, and have emphasized the following changes during that time:

2)      The proliferation of Android devices, especially at entry level prices

Attached is the latest smartphone grid.  A couple of notes before we get into the analysis:  1) in order to have a consistent comparison point, we have used the carrier websites and pricing with a two year contract as the baseline (except for T-Mobile); 2) refurbished phones have not been included except to note which models are actively offered in a refurbished mode on the carrier websites; 3) we choose June and October as review points because of the “back to school” and “holiday launch” seasonal selling periods.

The last time we visited smartphone choices among carriers, the iPhone 5 had launched, and, predictably, their iPhone 4S and 4 predecessors reverted to $99 and free pricing.  As they had done in the past, carriers moved in lock step with each iPhone release.  That is, until T-Mobile got the iPhone. 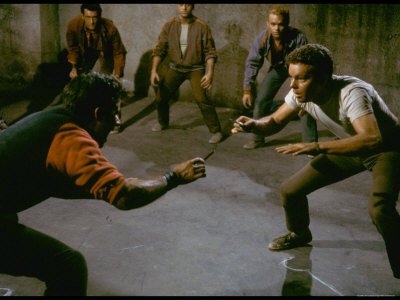 With T-Mobile’s pricing, we have entered into a “phone fight” phase in the US telecommunications industry.  An iPhone5 for $99 (now $149) with LTE speeds (in some T-Mobile markets) and reasonable rate plans, all for an additional $20/ month?  Really?  What’s surprising is that T-Mobile did not sell out of the iPhone5 (IMO, that’s what drove the $50 increase, and also what is driving supply shortages in the Samsung Galaxy III lineup today).   T-Mobile broke ranks, and customers returned.

In the attached chart, we show the monthly charge ($5-20, depending on the model) for each T-Mobile device on their website.  This pricing continues for 24 months.  Since all new T-Mobile customers sign up for a no contract plan, if a T-Mobile customer decides to move to AT&T, they would still be subject to a “true up” payment of the difference in months times the monthly device payment.  In most cases, this is less than the termination payments of T-Mobile’s counterparts.

With Sprint responding to T-Mobile’s new $149 price point, high-end smartphone pricing discipline (referred to as anchor pricing in previous columns) has largely gone out the window.  In fact, it’s forced Sprint to drop the iPhone4 entirely from its retail lineup (the iPhone 4S is now Sprint’s free phone).  Ironically, the refurbished version of the iPhone4S actually costs more than the brand new version on Sprint’s website.

Pricing structure is not the only change occurring at T-Mobile.  Phone availability has also increased.  On top of the iPhone, they have the Blackberry Z10 (which is relevant for enterprise customers), and the Samsung Note II (which is both LTE and 42Mbps capable).  T-Mobile is still very Samsung heavy when it comes to Android, but they are not as Android-focused as they were in the past.  This makes switching easier for previous customers

The availability of devices, combined with the Simple Choice momentum leads me to believe that T-Mobile is going to post a very strong 2Q, largely at the expense of Sprint but perhaps also denting AT&T (re: prior to launching the iPhone5, T-Mobile reported that they were converting 100,000 existing AT&T iPhones per month to their network).   It will also be interesting to see how/ if the Nokia Lumia 521 plays at T-Mobile (a good test of price sensitivity versus the Samsung Galaxy SIII).

The other major change that has occurred since October is the proliferation of LTE devices, particularly at the low end.  For example, AT&T had ten devices that were not LTE capable in October – today that figure is down to six with two of these ancient legacy Blackberry devices.  Verizon only has four non-LTE devices, most notably the iPhone 4 and 4S.  Sprint had 6 LTE-capable devices last October, and only one at the low end  – that’s now up to fourteen (including ten below $99).  T-Mobile had no LTE-capable devices last October – now they have five with another five capable of accessing their HSPA+ 42 Mbps network.

Every Gigabyte carried over LTE costs at least 50% less to carry than 3G (and about 80% less than 2G).  Each LTE device sold to a consumer through Verizon results in a Share Everything (metered data plan) conversion, which rids the carrier of unlimited data risks.  If you want to preserve your 3G plan status on Verizon, and you are an Android fan, you have two choices – the HTC Rhyme or the Casio G’z One Commando.  Phone and plan selection have been inextricably linked at both Verizon and Sprint (who carries a $10/ mo. surcharge for moving to a network which costs 50% less for them to operate).

Previously, we have summarized our analysis by declaring it an “Android world.”  Now we modify this to state “it’s an Android LTE world.”  Long relegated to the “cheap phone” status, it’s the Apple 4S and 4 that are beginning to show their 3G age.  57 of the 69 Android models in the attached charts offer LTE or HSPA+ 42Mbps speeds.

While this trend has not been followed as quickly across the globe, it’s a good sign of what’s to come – faster network adoption, continued applications modification to reflect faster networks, more monetization of speed, and newer/ faster networks.   Both Apple and Android have the ecosystem to drive changes, but Apple’s decision to leave the 4S on 3G speeds will cripple sales of the device in the latter half of 2013.

There’s a lot more to say on device evolution – NFC adoption, Wi-Fi HotSpots as temporary (?) in-car solutions, and form factors (specifically screen sizes) are all going to undergo massive changes in the next year.  We’ll continue to cover these in the upcoming weeks.

Next week, we’ll prep for the Cable Show which starts June 10 in Washington DC.  There’s a lot of value being created in the cable industry, and we’ll highlight a few trends that you will not want to miss.  If you have friends who would like to be added to this email blog, please have them drop a quick note to sundaybrief@gmail.com and we’ll add them to the following week’s issue.  Have a terrific week!