** EDITOR’S NOTE:  It is best to print out the first couple of pages of the attachment prior to reading this week’s Sunday Brief. ** 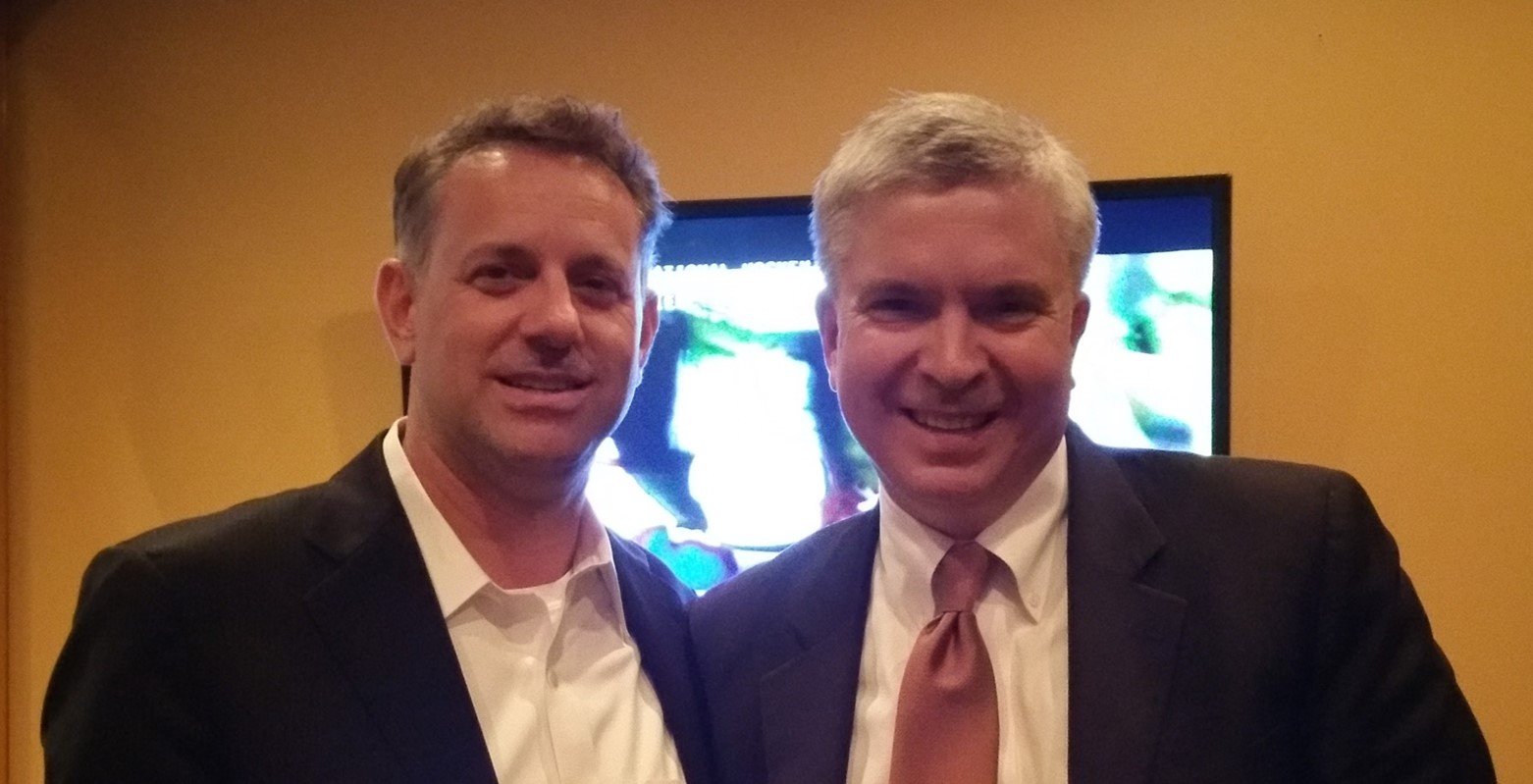 Columbus Day greetings from Chicago, Charlotte, and Dallas (picture is with John Braun, Chairman of TIP Solutions). This week, we’ll turn our attention to the world of smart devices and the companies that make and distribute them.   Prior to that, a quick note on the FCC’s first Net Neutrality test.

At the end of June, we covered in detail the first net neutrality complaint brought by Commercial Network Services (CNS) – more here.  This week, the FCC sent a note to CNS informing them that “In this instance we regret that you were not satisfied with attempts by FCC staff to facilitate a more satisfactory resolution of the underlying issue. At this point, you might want to contact the company directly to see if you and the company can arrive at a resolution that is more acceptable to you.”

While many interconnection disputes will be resolved because of the threat of FCC intervention (see Cogent CEO’s comments made at a recent investor conference here), the fact that the FCC has to get involved in the first place is ludicrous.  Hopefully the Peering Department clarifies some rules and spends their budget on more pressing matters (like a successful 600 MHz auction).

How consumers purchase smartphones has changed dramatically over the past couple of years.  Gone are the traditional carrier-subsidized views of $299/ $199/ $99/ free in exchange for a two year contract. They have been replaced by phone payment commitments (either leases or installment loans).  To add a twist, these plans are beginning to be distributed by the two dominant smartphone suppliers, Apple and Samsung.

The “condition” refrain in the previous paragraph is intentional.  If the device has any sort of damage, it’s likely that subscribers will be liable for additional upgrade payments.  Good news for OtterBox, and a “buyer beware” notice as wireless carriers are highly dependent on a high quality device return.

Devices are becoming increasingly detached from the networks and technologies that support them.  Consider the fact that Apple has three iPhone 6S/ 6S Plus models that cover the entire world, and one of these models is exclusively for China (more here).  In the US, the same phone model family supports Sprint, T-Mobile and Verizon (although T-Mobile would use a GSM version of the device while Sprint and Verizon would use the CDMA model).  Gone are the days of carrier-specific devices.  They have been replaced by an expectation that devices should be carrier neutral.  This expectation is going to be reinforced by retailers (specifically Apple) who want to deliver the best network experience for the customer.

This development places extra pressure on wireless carriers’ network quality and plan value.  As networks continue to grow and change, additional requirements are made of the smartphone manufacturers.  New (and likely faster) networks are not compatible with older device types, and this places increasing pressure on the value of returned devices. We are in the middle of a network-device-plan tornado, and those who claim that they can accurately predict this storm’s aftermath are sorely mistaken.

Who Has the Advantage?  Some Observations from the October 2015 Snapshot

As long-time Sunday Brief readers know, twice a year (before summer, and before the Holiday selling season) we take a look at how the carriers are positioning their handset lineups.  Here are a few observations from October’s snapshot:

Interestingly, the difference between the iPhone 6S and the iPhone 6S Plus is also $4.16, as is the difference between the iPhone 6 and iPhone 6 Plus. In the end, Samsung needs to make a simple decision:  Will curved or flat edges become the high-end smartphone standard?  Having both is too much for most users and likely to take away from selling time versus other Android manufacturers.  This abundance of variety is most apparent with the AT&T column – eight devices above $20/ month – definitely an overkill that could impact overall market share.

Given this is the first full Holiday selling season without subsidized devices, it will be interesting to see how the lack of a price leader impacts iPhone 5s sales.  With all of the carriers aggressively marketing the iPhone 6S, the short-term impact could be negligible, but with many Android and Windows devices coming in at price points less than the Apple 5s or 5c, their entry level value is in question.

Last Tuesday, Microsoft announced three new devices (950, 950 XL, and 550) in an effort to shake up their position in the industry (good summary from Ars Technica here).  Rather than introducing a version of the HTC M9 or Samsung (Ativ), Microsoft has chosen to distribute these devices – unlocked – directly to customers through their own stores (according to Wikipedia, there are 116 Microsoft stores globally with 106 in the USA).  CNET also is reporting that AT&T will begin distributing the 950 and 950 XL exclusively in November.

Hopefully Microsoft can gain traction in the marketplace – relying on AT&T might have worked a decade ago, but the Nokia 1020 launch on Easter weekend in 2012 should have taught them something (what’s amazing about this is that the Microsoft and T-Mobile offices that could strike an agreement are less than six miles apart).  As John Legere indicated in his tweets on the topic, Microsoft and T-Mobile would make a terrific pair in the enterprise market and lend credibility to Microsoft in consumer markets.

Then we have the soon to be launched Blackberry Priv (which stands for Private), an Android device (Lollipop version) which runs Blackberry’s legendary email client.  There’s been no big unveiling of the device, yet rumor has it that a launch is expected later this month.  It will have a slide out keyboard (bringing back horrible memories of the Torch, which is what I wanted to do to the device while testing apps on it), and be flush with security features.  A leaked picture from Blackberry is nearby (from the picture, it appears to have a lot of Nokia Lumia features), but it is unclear if or how carriers will distribute the device.  Selling Blackberry in AT&T and Verizon retail stores has been hard; selling a Blackberry that runs on Android, even for the most talented retail sales associates, will be even harder. 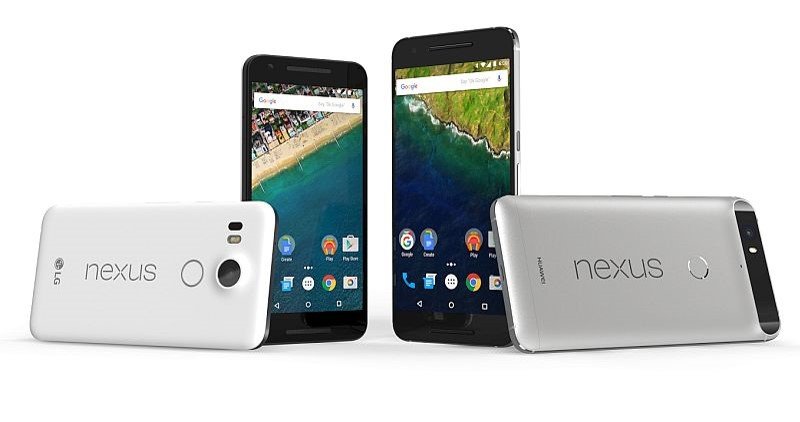 There’s a lot more we could talk about.  Google released the details of their new Nexus flagship phones, the 5X (built by LG) and the 6P (built by Huawei), and it appears that they will be distributed exclusively through the Google Play store (at an attractive $379 and $499 respectively).  More on the devices here and on Google Play distribution here.  These devices can be activated on Google Fi, their MVNO with T-Mobile and Sprint.

In addition, we have not touched on how Verizon’s simplicity focus has impacted handset pricing, and how their growth of devices (from 28 in May to 31 in October) has really been at the < $10/ month level (presumably to migrate feature phone subscribers to smartphones).

The smartphone world continues to change.  Carrier neutrality is in, and subsidies are out.  Faster devices should lead to increased data consumption, and trade-up programs should lead to higher levels of refurbished inventories.  Market consolidation continues, although cash-rich Microsoft and Google would like to rebalance the equation.  While the carriers used to control the fate of smartphone manufacturers, the tables appear to be turning.  More headlines will be made after the 2015 Holiday season.

Next week, well cover some remaining events and ideas to think of prior to Verizon’s earnings announcement on October 20.  Until then, please invite one of your colleagues to become a regular Sunday Brief reader by having them drop a quick note to sundaybrief@gmail.com. We’ll subscribe them as soon as we can (and they can go to www.sundaybrief.com for the full archive).  Thanks again for your readership, and Go Royals!