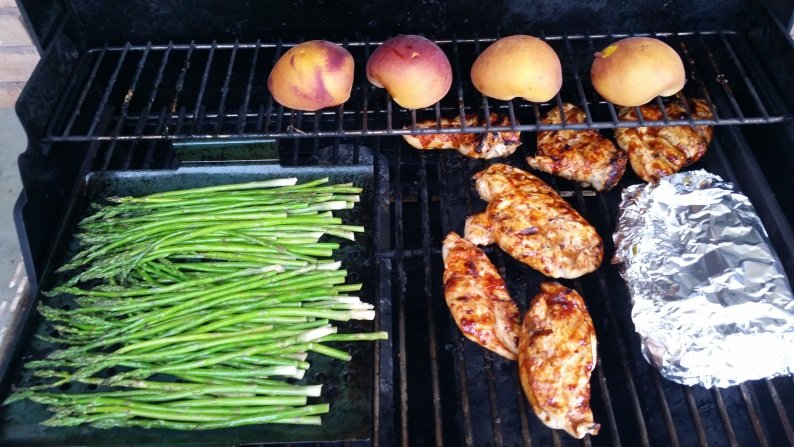 September greetings from Louisville, Kansas City, Austin, Atlanta and Dallas.  Hoping each of you had a terrific Labor Day holiday.  Several hundred of you will be joining me for the (now) annual Cellular Telephone Industry Association (CTIA) gathering in Las Vegas.  Based on the keynote and panel agenda, there should be plenty of headlines from the show.

Apple’s latest products announcement occurs just  as CTIA kicks off.  The timing couldn’t be better.  Samsung reminded the world at their new product announcement that larger screens are yesterday’s news. As they introduced the new Galaxy Note 4 and Note 4 Edge, I couldn’t help but think about where this is headed.  We have reached a practical limit on screen size (5.7 inches) and associated processing capability (2.7 GHz quad core processor).  New devices can easily handle a larger-sized Android operating system release from Google (KitKat upgrade file sizes range from 477-877 MB).  Battery life continues to be an issue but it’s a lot easier to manage than previously.  Any delays in phone responsiveness are most likely driven by connectivity issues, not processing.  To see how hard it is getting to distinguish one Note from another, have look at the spec sheet comparison between the Note 3 and Note 4 here.  The variances are too small to drive annual upgrade cycles (and products such as T-Mobile’s Jump!).

Simply put, Apple will now enter the large screen arena with the LG G3 and the Samsung Galaxy Note.  The cost of the iPhone 6 will be a few hundred dollars more than their smaller counterpart.  It will run the same operating system and support the same iOS applications as the 5c and 5s.  The portion of Apple’s devoted fan base that likes to own the latest device will go and purchase one.  And, while there will be some display improvements, the iPhone 6 will not be declared a “must have upgrade.”  Why?

Tuesday’s Announcement:  Not as Impactful as WWDC

The reason for this is because Tuesday brings Apple’s second big announcement.   The first came on June 2 when Apple announced iOS 8.  Unlike the substantial changes that came with iOS 7 (which focused on tile appearance and applications organization), iOS 8 is geared to application performance.

For example, notification response is changing.  If you receive a calendar request, the notification will allow you to respond within the message (as opposed to taking you to the calendar app).  There is also a limited ability to respond using Apple’s iMessage app. 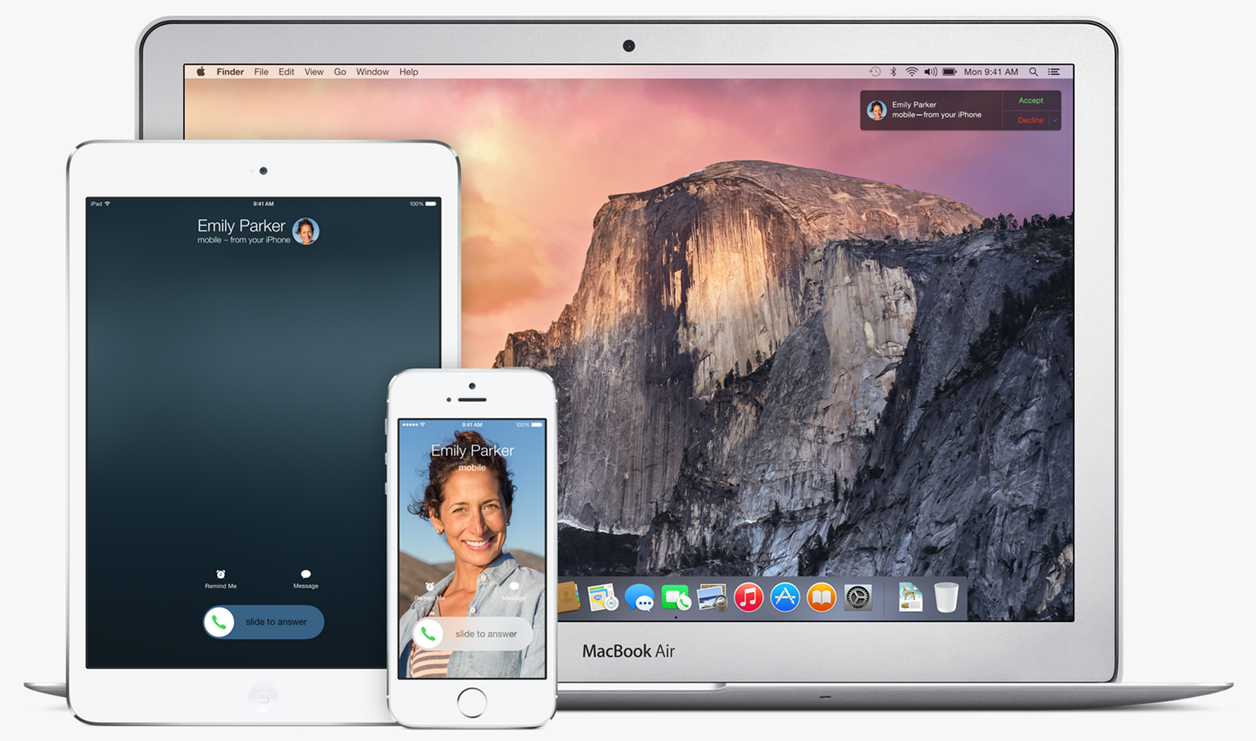 Apple also introduced Handoff, which allows users of multiple Apple products (e.g., Macbook Air and an iPhone 5s) to create content seamlessly between devices.  Handoff was immediately opened to all third party developers when it was announced in June.  This will take Evernote and other third-party notetaking applications to a new level.

Seamless inter-connectivity between devices does not stop at emails and documents.  Apple has extended it to messages (no surprise) and phone calls (which raised the “How’d they do that?” eyebrow at June’s  WWDC).  As it has been explained in many publications (see here for the Ars Technica article), Apple uses a Wi-Fi connection from the laptop or tablet to the iPhone.  The iPhone becomes the control point through the Wi-Fi router.  If no Wi-Fi is available, Apple has added easier connectivity for hotspot connectivity (look for wireless companies to highlight this as they try to increase hotspot adoption).  Without an iPad or Mac connection to the iPhone, the inter-connectivity feature will not work.

One of the more important changes in iOS 8 is in the messaging feature.  My 16 year-old son, who is an iPhone 5s and a school-issued iPad user, cheered Apple’s improvements to rename threads, add or delete a user in a thread, and to set up a Do Not Disturb mode for individual threads.  Of all of the iOS 8 improvements, expect that these messaging changes will be adopted quickly.   (It’s so good, it causes you to ask “Why doesn’t this exist for all messaging applications?”). 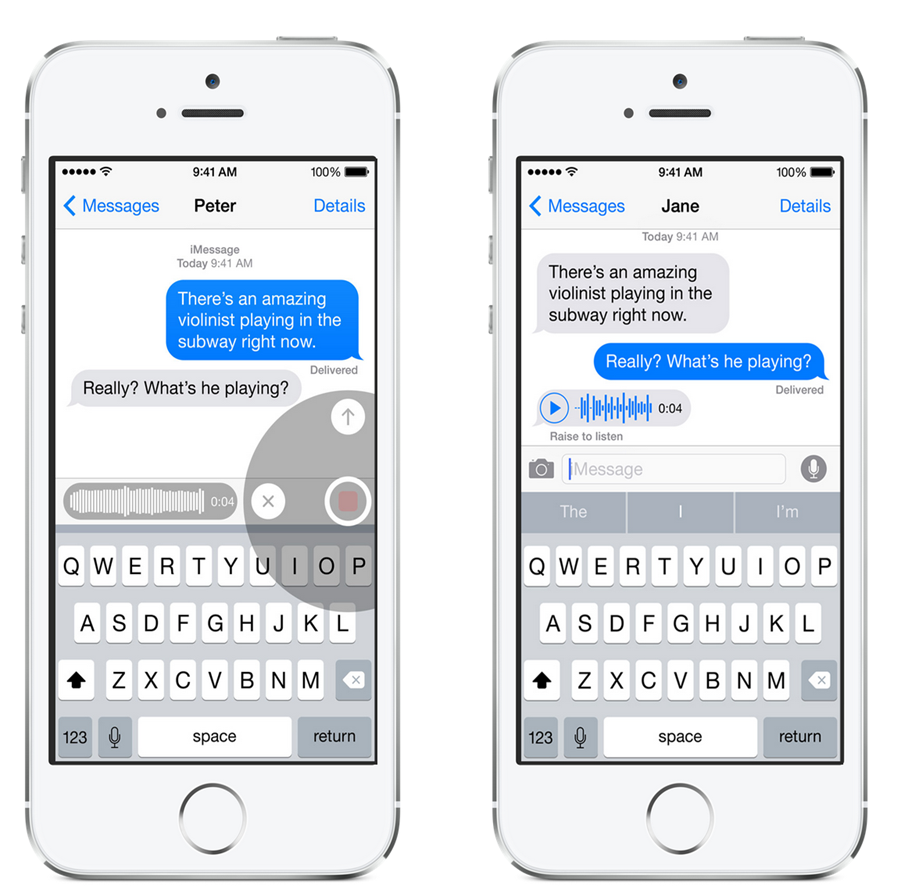 In addition to editing threads, adding pictures and voice-overs has also improved dramatically.  Recent pictures are stored in a scroll that users can drag and drop into a message.  Also, all of the photos/ videos posted in a particular thread can be more easily accessed (helpful with long threads that teens are known for creating).  Listening to a voice-over is also made easier through a “Raise to Hear” function (although this will have less value when posting videos).

I think you see where the first two trends are heading (seamless inter-connectivity and messaging):  Apple is making communication easier by improving their own applications.  This is going to increase the time spent communicating (vs. assembling multimedia communications or just calling).  While that’s great for Apple, what are they doing for the tens of thousands of developers?

While many will ogle over what promises to be a beautiful iPhone 6, the real treat for developers was the introduction of extensions.  Simply put, extensions allow third-party apps to pass information to each other in a secure manner (which, unsurprisingly, is through Apple).  A detailed and well-written view of extensions is shown in this Ars Technica article.

The greatest manifestation of extensions can be seen in the availability of third-party keyboards and the ability to save documents to non-iCloud services (DropBox and others cheering now).  Apple’s admission that other keyboard providers can do an equal or better job is just plain smart (and will be important  to woo Android users).  The concept of “extensibility” is very important to the development of cloud-focused applications, and this is by no means the extensibility end point.

According to the Ars Technica article, there are six primary extensions being introsuced in iOS8:

As shown in the picture, an easy application of the Today extension would be adding a scroll from ESPN SportsCenter of my favorite teams (sorely needed for hopeful Kansas City Royals fans).  It will also be useful for DropBox or Nest notifications.  It will be especially interesting to see how Google interacts with the Today extension (“time to leave for  _________” messages that Google Now users have been seeing for some time).

For security reasons, Apple has been cautious in opening up extensions in the past.  Technically, as the diagram shows, the communication between applications is actually brokered through the app extension, not the actual containing app.  Having this extra layer (which can easily turn into layers) is important as it maintains the underlying data integrity between the requesting and providing applications.

This is not the last time we will tak about extensions in this column, but Apple’s methodical approach opens up a new wave of development opportunities while preserving security.  Because it results in better applications for all Apple users, the changes announced at WWDC in June represent a far greater announcement than what we will hear on Tuesday.

While Apple announcements are fun and exciting, will either the June or the September announcements significanlty alter data usage?  For Sprint, the answer is yes as each iPhone 6 will be Sprint Spark capable.  This is very significant for the company’s future, and once Spark is rolled out more broadly (100 million POPs is the end of year target; no 2015 plans have been announced), will be a differentiator for the company.

For Verizon and AT&T, they have a unique ability to showcase the continuity function described above as well as drive hotspot usage (whether they will use this to highlight their in-building competitive advantage remains to be seen).  Messaging improvements (ease of video additions and voice-overs) will drive (moderate) incremental data usage.  And more DropBox and third-party cloud traffic will be welcomed.

Hardware announcements drive store traffic.  Sprint will use this spike to drive new plans and talk about Sprint Spark.  T-Mobile will undoubtedly talk about tablet pricing.  And AT&T and Verizon will talk abut the strength of their LTE networks, especially within buildings.  Minimal brand message changes, and more data consumption.  Let the good times roll.

Next week, we’ll recap CTIA and talk about other third quarter earnings drivers.  Until then, if you have friends who would like to be added to The Sunday Brief, please have them drop a quick note to sundaybrief@gmail.com and we’ll subscribe them as soon as we can (and they can go to www.sundaybrief.com for the full archive).