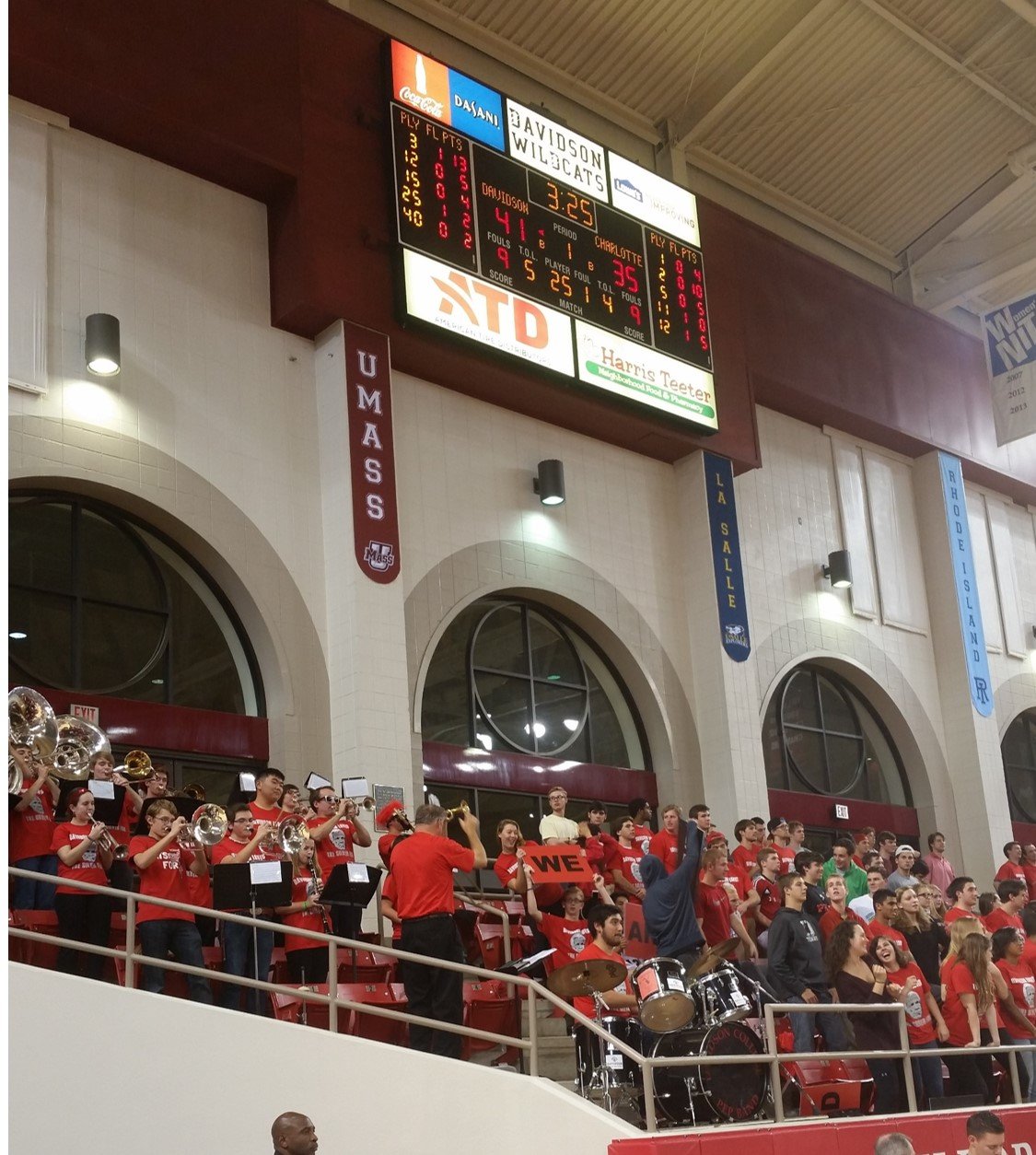 Holiday greetings from Charlotte (Davidson/ UNCC basketball pictured), Kansas City, and Dallas. This has been an eventful week in telecom, with Sprint’s announcement of “half off” certain Verizon and AT&T rates, the beginnings of small cell cooperation between Verizon and Spidercloud, and the FCC AWS auction results exceeding $41 billion this week.

This week’s Sunday Brief continues the regulatory discussion started on November 22, focusing on the touchy issue of paid prioritization.  To begin the debate, let’s get grounded on a few key assumptions about today’s broadband user:

Believe it or not, there are many in this readership who disagree (some strongly) with this premise.  These not the “Bell heads” of the 1990s, but well-meaning engineers who maintain that slow speeds originate with poorly engineered host servers (e.g., Netflix servers in California) and that condition continues throughout the network.  To some extent this could exist as a temporary condition – turn up a neighborhood on AT&T Giga Power and some of the servers will be overwhelmed.  Within days (perhaps hours), this condition is fixed.  Regardless, the premise holds that bandwidth demand continues to outstrip supply.

The measurements above are for Subscription TV services due to the fact that ACSI’s measurement for High Speed Internet Services is brand new (two data points).  It is not surprising to see that overall satisfaction is on a downward trend.  As mentioned earlier, consumer expectations continue to rise as more devices consume more content through Wi-Fi (see this recent Wireless Week article for how much consumption occurs on Android and Apple devices).

Home connectivity type and quality can make a big change in customer satisfaction perceptions.  While only two data points, it is no surprise that the top two rated High Speed Internet providers in the ACSI survey (see link above) are Verizon FiOS (71 score) and AT&T U-Verse (65 score).  What is surprising is that the “All Others” category (which include companies such as Wide Open West, Bright House Networks, Cablevision, Mediacom, SuddenLink, etc.) have consistently scored higher than their larger peers.  Satisfaction is not dependent on scale.  In fact, the opposite may be true.

Bottom line:  Bandwidth demand is growing faster than consumer incomes.  More devices are connecting to Wi-Fi networks in homes and businesses.  Service consistency and responsiveness are not meeting expectations, and, as a result, consumers hold a very dim view of their current providers.

Many of us saw firsthand Federal and state government use of legislated incentives to drive carrier behavior.  To enter into the long-distance business in the late 1990s, Bell Atlantic/ NYNEX, SBC, Bell South and US West had to satisfy fourteen-point competitive checklists on a state-by-state basis (see here for a full description).  They were hotly disputed, but provided a basis for substantial revenue opportunities for both the incumbent carriers and competitors.

Newly legislated incentives provide a clear and unambiguous alternative to recently proposed solutions.  Applying today’s broadband service provider rules to laws that were developed before widespread adoption of Wi-Fi, smartphones, and streaming content is ludicrous.  Veto-proof rules should be crafted with the help of the new Congress (led by 54 Republican senators and 246 Republican representatives) to achieve all of the objectives above.  Incentives are needed.

A Simple Legislative Proposal to End the Paid Prioritization Debate

Here is a simple proposal to end the debate over paid prioritization:

This is the start of a straightforward proposal.  Admittedly, it does not address the use of paid prioritization in rural markets or with very small communications service providers, and it relies on a 180-day measurement period to certify throughput (in harsher climates like Buffalo where many consumers are enjoying the outdoors during the summer but more confined during the winter, this could be an issue).

Admittedly, the bar is set high enough to exclude wireless carriers from participating today. It provides an incentive, however, for further technology developments and increased spectrum investment.   Most importantly, it keeps the Title II hands off of the fastest growing part of the communications world.

Despite some shortcomings, this proposal provides a regionally measureable incentive to further monetization of broadband networks.  It provides “public” lanes that will quickly and safely deliver Internet content (there is an immediate benefit should YouTube and Netflix move some of their content to faster lanes).  It has a series of checks and balances to keep costs in check, and penalties to prevent lax or bad behavior.  Unlike elements of the 1996 Act, this proposal plans for change and creates an indexed, third-party measure to continue speed improvements.

On top of this, every element of paid prioritization agreements will be out in the open.  While some may resist such open disclosure (although this is common practice with switched access and interconnection agreements), it will provide a clear equation to would-be challengers.

Best of all, consumers win big with this proposal.  Carriers need to meet bandwidth throughput metrics for an extended period of time prior to receiving the rewards of paid prioritization, replacing harmful legislation that would make bad problems worse.   Price caps, a guaranteed competition killer, are removed.  With competitive incentives intact, the possibility of DSL alternatives such as those described this week by Ars Technica now exist.

The new Congress, along with the FCC, holds the keys to the future of the Internet.  Focused fixes under the overall umbrella of “no blocking” and “shared interconnection” (see the previous Sunday Brief) can be implemented quickly.  The futures of communication, entertainment and education hang in the balance.  In the words of the most interesting man in the world, “Choose wisely, my friends.”

Next week, we’ll discuss the latest pricing dynamics and other events that have transpired since Thanksgiving.  We also continue to take your nominations for the top ten events of 2014.  Please submit your responses to sundaybrief@gmail.com (all responses will be anonymous) and we’ll publish the results.  Until then, if you have friends who would like to be added to The Sunday Brief, please have them drop a quick note to sundaybrief@gmail.com and we’ll subscribe them as soon as we can (and they can go to www.sundaybrief.com for the full archive).