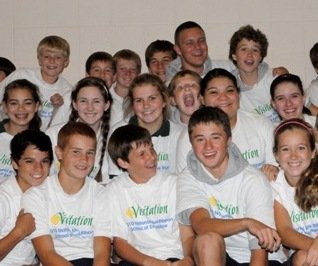 Greetings from Charlotte and Dallas, where summer is beginning its sunset, and the never-ending parade of Facebook back to school pictures reminds me of how quickly our children grow up.  Given the relative lack of events this week in the telecom world (including Steve Ballmer’s retirement announcement, which is meaningless compared to the one that names his successor), I thought I would take some time to answer fan mail (we get a lot of it here at The Sunday Brief), and to request reader participation next week while The Sunday Brief takes a brief hiatus for the Labor Day holiday.

Many of you (about 100) are very recent readers to The Sunday Brief, and several of you have recently asked “What prompted you to start The Sunday Brief?” The purpose of this column is to analyze the gaps that exist between segments, operating systems, companies, and industries.  Our industry scope is broad – anything which affects the creation and distribution of Internet content.  When I was running Wholesale Services for Sprint (I left four years ago this month), I gathered a reputation for lengthy, detailed memos.  All of them contained an executive summary and a call to action, but they were grounded in an analytical understanding of the marketplace and focused on incremental value creation.

Many of my colleagues relegated them to the “Read” file, but several senior Sprint leaders digested every one.  Just the other day, I had one forwarded to me from a senior leader who is no longer at Sprint citing the fact that my 2008/09 bandwidth forecast for cell site backhaul growth missed actuals by 2x (this same forecast was viewed as “crazy” and “out there” by many of my colleagues in 2008/09 as we were courting cable backhaul providers).

Those who read my tomes in 2008 and 2009 (which were bi-weekly then) asked that I consider writing an external version for the masses after I left Sprint.  We started with seventeen readers in late August 2009 (the topic was the dispute between Google Voice, iTunes, and AT&T) and have never looked back.   The first published column in RCR Wireless came about a month later.  The rest is history.

We have published over 175 Sunday Briefs over the past four years, and some have been more memorable than others (comparing leadership in the corporate world to coaching under-10 boys soccer teams was one of the not so memorable columns.  The Internet has permanently immortalized these B-side columns, however.  Click here for that article on RCR Wireless). 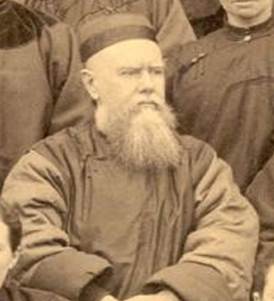 One of the common questions I receive is “What has been the most popular Sunday Brief column?”  Of the 175 or so, the most popular column was one I wrote in March 2010 contrasting Google’s exit from China to Hudson Taylor’s (he was a 19/20th century British missionary) decision to stay.  The article was titled “Google’s Boxer Rebellion: What Would Hudson Taylor Do?” and I am told by several of you who work for Google that it made it to the top of the Mountain View company.  Prior to selling www.sundaybrief.com to a British soccer team blog site, the Hudson Taylor article had been viewed at least 9,000 times and had been linked by 50 other blog sites.  I still have the original Sunday Brief email and am glad to forward it upon request.

Another common question is “How many people read The Sunday Brief each week?”  I have no idea.  Judging from the emails and conversations on the topic, my unscientific guess is that several hundred of you forward this email on to colleagues (our email list is about 1,000) which allows me to comfortably say that the email is likely read by thousands each week.  We get several hundred unique visitors to the website each month, and probably 100-200 emails each month with questions/ comments/ thoughts etc.  Since we adopted our new publishing format last April, we have added over 700 net new readers (consisting of 721 requests to add and 3 requests to unsubscribe).

One of the most frequent questions I get is “What do you read every week?” or “How do you stay on top of the industry?” As you see from the columns, I read a lot of financial reporting data.  The secret to identifying gaps or understanding where companies or industries are headed is to understand their management.  This includes what they say and do not say in public forums.

Financial data is most relevant when it is paired with management’s statements about strategy and results.  One of the reasons why many readers like The Sunday Brief so much is because we expose the hypocrisy of management, many of whom do not have a clue about the disruptive powers about to engulf them.

I do not read a lot of other financial bloggers (Seeking Alpha commentary is a time waster, IMO), but do read the thoughts of a few financial analysts, including Craig Moffett (now at Moffett Research) and John Hodulik (UBS).  Over ten percent of the subscribers to The Sunday Brief have Wall Street email address suffixes (e.g., jpmorgan.com, ubs.com, ml.com) so it’s important to have a good grounding in Wall Street news.  I am also an avid reader of The Economist.

Within the telecom/ tech industries, I also spend a lot of time on RCR Wireless and the Fierce properties (Fierce Wireless, Fierce Cable).  My favorite read each week is Ars Technica.  I usually go “deep” with one or more articles (click here for a terrific article published this month on Android 4.3 changes).  I also enjoy the user candor of www.dslreports.com.  Unvarnished is the best way to summarize this site led by Karl Bode. 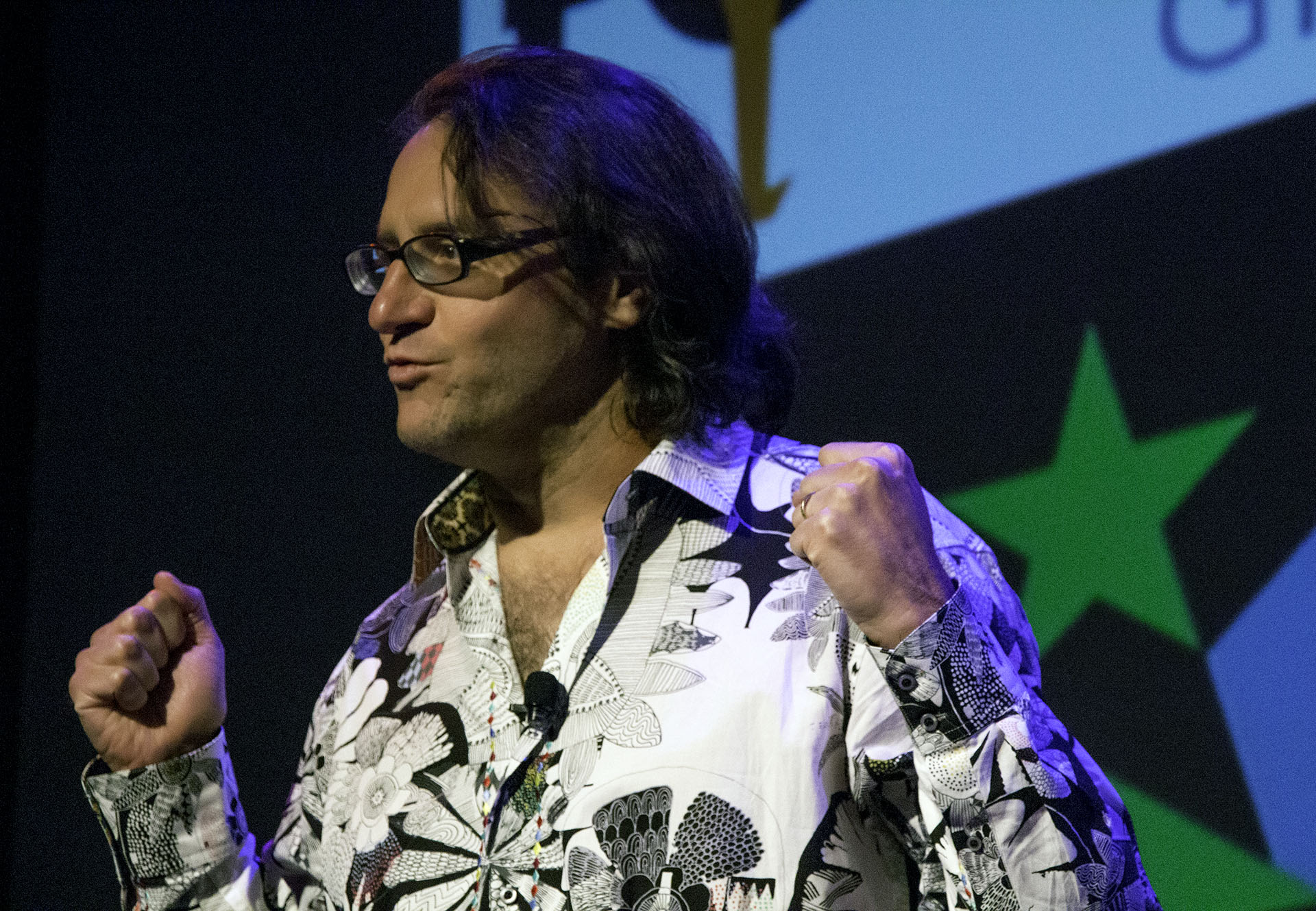 Every former entrepreneur or venture capitalist seems to have a blog site.  Over 95% of them are…. not worth following (I have tried).  They are inconsistent, untimely, self-serving and they provide inconsistent and conflicting advice to eager and naïve entrepreneurs.  However, there are three that you should bookmark.  The first is Feld Thoughts (www.feld.com), Brad Feld’s blog.  I started to read this in 2009 and have never looked back.  Many of Brad’s advice to entrepreneurs can be found in his book “Venture Deals:  Be Smarter Than Your Lawyer and Venture Capitalist” available on Amazon here.  While no blog can fully cover the breadth of topics one needs to start a business, Brad’s would be a good start.

I also occasionally read Fred Wilson’s blog (www.avc.com) from Union Square Ventures and also Mark Suster’s terrific blog called Both Sides of the Table (www.bothsidesofthetable.com).  These blogs tend to focus on the mechanics of running a business which is why I like them so much.  I think I have been reading Mark’s blog for four years and have not found one post that did not challenge me personally or professionally.

As far as books go, there are four that will never leave my home library:

These four books can take young, technology-focused entrepreneurs a long way in their business plans.  I plan on devoting some time in future Sunday Briefs to the nuggets in Bill Aulet’s recently released book.  I have read it cover to cover twice and it’s absolutely superb. 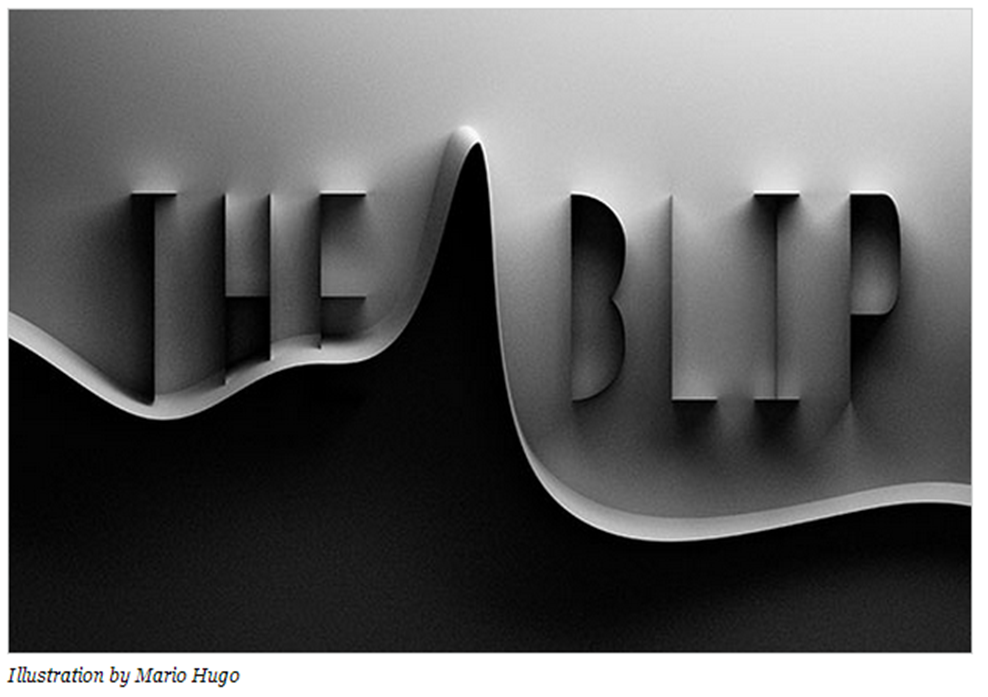 One of the most thought-provoking pieces I have read this summer is “The Blip” by Benjamin Wallace-Wells, a columnist for New York magazine.  It was forwarded to me in July by a NYC resident who asked for my thoughts on the article.  Rather than opine on the article, I’d like to ask each of you to read it and send me your thoughts (just as your kids are getting their first homework assignments, we are trying something new at The Sunday Brief and actively soliciting feedback from our readers).  Please send your feedback to sundaybrief@gmail.com and indicate whether your comments are anonymous or can be public (we will default to the former).

If we get enough feedback this week, we’ll publish a Labor Day special edition.  Otherwise, try out the website (www.sundaybrief.com) and read up on an old issue that is in your “Read” or “Sunday Brief” or “Patterson” folder.

Speaking of mojo, we had 19 referrals last week to receive the email edition of Sunday Brief.  Thanks for passing it on.  If you have friends who would like to be added, please have them drop a quick note to sundaybrief@gmail.com and we’ll subscribe them as soon as practicable.  Have a terrific week!