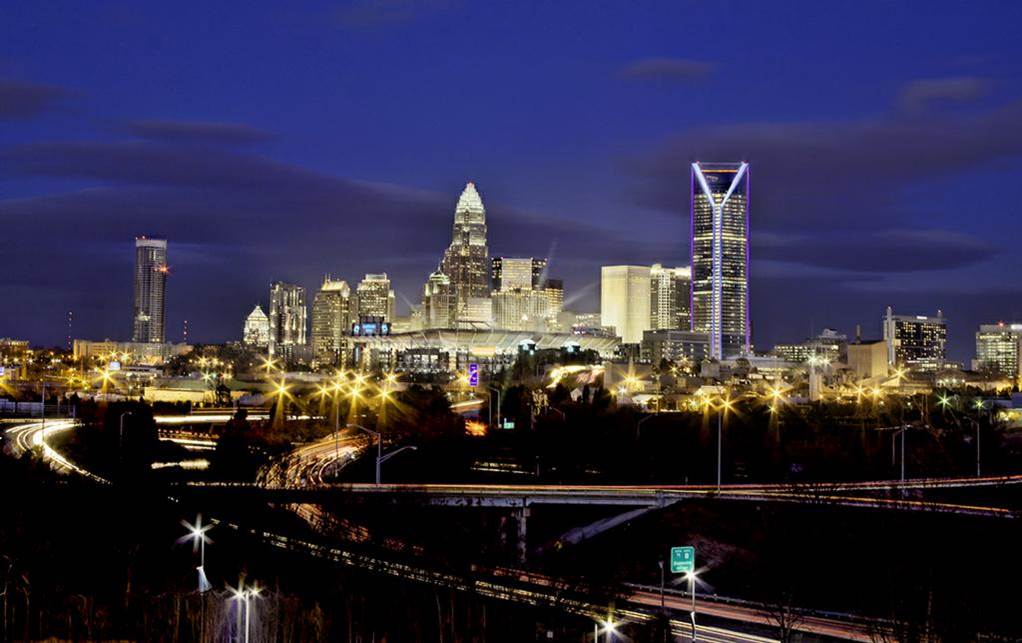 Warming February greetings from the Tar Heel and Lone Star states.  The earnings train kept rolling this week as Charter, Dish, and DirecTV earnings were announced.  As we will discuss in next week’s recap of the wireline industry, Charter had the greatest opportunity to grow, and they did not disappoint.

The Week in Review:  WhatsApp

First, a recap of the week.  On the mergers and acquisitions front, Facebook scooped up WhatsApp for $16 billion ($19 billion if you include $3 billion in Restricted Stock Units used to retain WhatsApp employees).  At $35.55 / active user, that’s a rich premium (WhatsApp subscribers pay a $0.99 fee for the messaging platform), especially considering their valuation less than a year ago when they raised their C (really B) round was $1.5 billion or$3.33/ today’s user. 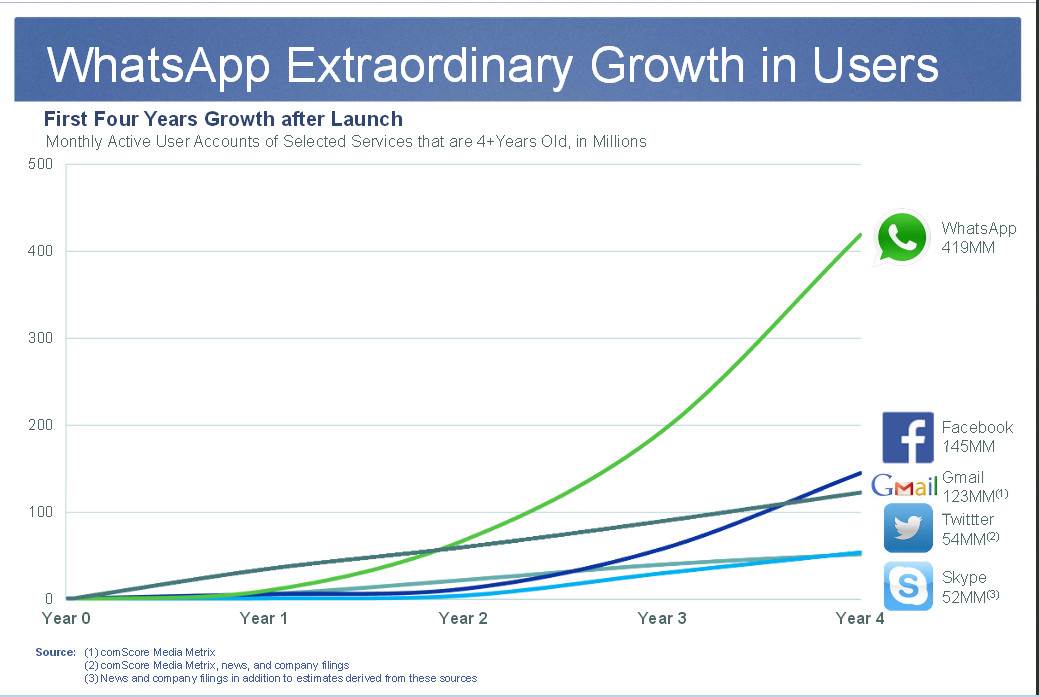 Why the jump?  450 million active users (growing one million every day, and likely more since the announcement as this article explains), with 72% of them using the service every day.  Those bases do not come along every day, and in the hands of someone like Apple (or Google), the potential to interrupt Facebook’s magnificent run (stock up 25%, market cap up $35.3 billion since January 1) would be great.

The big winner here is Sequoia Capital, who was the sole backer of WhatsApp ($58 million in total investment now worth approximately $3 billion, an amazing return for its limited partners).  As this New York Times article shows, this is not the only time Sequoia has had a big payout:  YouTube, Instagram, PayPal yielded billions of additional returns to their partners over the past twelve years.

GENBAND also made a major announcement this week, buying telecom software and services provider uReach Technologies for an undisclosed sum (announcement here).  Combined with their purchase of Fring, the opportunity to white label professional consumer (“prosumer”) and small business offerings to Comcast, Verizon and others is real.  It will be interesting to see how deeply they integrate the application layer with the control/operating software layers to improve fring’s and uReach performance.

Finally, the Verizon acquisition of the Vodafone stake (45% of Verizon Wireless for $130 billion) finally closed on Friday (the announcement of the completion of the deal is here).  Vodafone is going to distribute $85 billion of the proceeds to shareholders and will likely use the remainder to strengthen their global mobile operations.  The transaction is immediately accretive to Verizon shareowners.

It also creates one Verizon.  Many of us have been involved with “One [Insert Company Name Here]” initiatives in the past.  They tend to be euphemisms for headcount reductions.  While there will be reductions in Verizon’s workforce (specifically sales team alignment), this is going to be an asset leverage/ utilization exercise.

What Changes Are Ahead For Verizon FiOS and Wireless Customers?

In the short run, Verizon will likely focus on three questions: 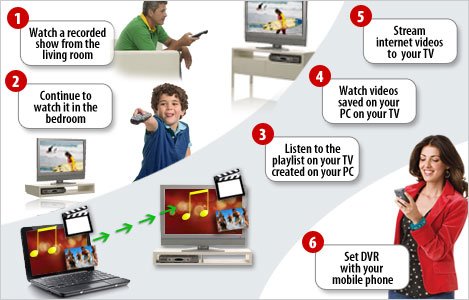 3.  How can Verizon make their current cloud offerings meaningful to every home and business user?  They started to show their hand on cloud integration (25GB included storage per line) in their MORE Everything pricing plan change.   Could an advanced network DVR be in the works?  The current offering is good (see features chart), but can wireless integration make it even better?  Could (a portion of) a DVR-recorded show be delivered to the phone for easy viewing?

There are a lot of changes ahead for Verizon in 2014, and we will hear more on these changes from Lowell McAdam on Monday.  Their trump cards are wireless data and FiOS speeds.  Wireless bundles like those described in question #2 above drive more traffic to Verizon and make it more difficult to switch.

The following chart shows the penetration of homes passed for Verizon FiOS as well as four large cable companies (Cox and Brighthouse are not included as they are private, but most analysts project their data penetration rate to be in the 45-55% range).

Verizon has had a terrific run over the past three years, growing customers (the numerator of the penetration ratio above) even with 15% growth of homes passed (denominator).  They have a long way to go, however, to catch Cox, Cablevision and Brighthouse.  Just as T-Mobile challenged the wireless industry in 2013 and 2014, Verizon needs to disrupt cable.

To win the Gigabyte Game, Verizon needs to focus on three primary characteristics:

While regulators and advocates fight over the size and shape of a combined Comcast/ Time Warner, Verizon has the perfect opportunity to grow as an integrated company.  They will need to shed conventional telco wisdom and ask “What would T-Mobile do?” to win the Gigabyte Game.

Next week, we’ll recap Mobile World Congress (for those of you who are there, wouldn’t mind your thoughts on what surprised and disappointed you).  Thanks for the many comments on last week’s article (I think we topped 100 – too many to respond to this week, but each one was very thought-provoking).    Until then, if you have friends who would like to be added to The Sunday Brief, please have them drop a quick note to sundaybrief@gmail.com and we’ll subscribe them as soon as we can (and they can go to www.sundaybrief.com for the full archive).  Have a terrific week!