Greetings from many locations around this great country of ours:  Rochester, Buffalo, Atlanta, Charlotte, Kansas City, Austin, Dallas and, as pictured, the city that never sleeps.  While travel can wear one out, I have been extremely encouraged by the continued entrepreneurial optimism that continues to premeate our industry.  It’s refreshing and energizing.  Check out Vinli (in car diagnostics), Clutch (car leasing with 10 monthly flips – in Atlanta today, and ______ in September), and Robin (Uber for lawn care) for just a taste of where the digital economy is heading.

This week, we are going to take some time away from the day-to-day to examine the death of unlimited, not only for wireless, but also for wireline broadband.  Driven both by market growth and by regulations, the telecom industry is going the way of other utilities.  Unlimited will fade away a lot faster than most expect, not just because of economic unsustainability, but because the target market for unlimited plans has changed dramatically over the past six quarters.

Wireless Unlimited:  Can it Survive?  How?

One of the great debates over the past several months has been the sustainability of unlimited data.  While both Sprint and T-Mobile offer unlimited plans (although Sprint just eliminated their $50 iPhone offer in favor of “All-In”, described later in this Brief), each is emphasizing plans that carry fixed allocations (20 GB for up to five lines in the case of Sprint, and 10 GB per person for a family of four in the case of T-Mobile).  The economic model has changed from usage to breakage.

Can carriers make money with unlimited data?  Let’s look at Sprint’s iPhone Unlimited, All-In and 20 GB family plans.  The iPhone plan was offered for $50/ mo., and replaced by the All-In plans introduced in June at $80/ mo., including phone lease.  The 20 GB family plan is currently promotionally priced for $100/mo., increasing to $160/mo. after September 30, 2016.

It’s important to caveat all of this with the fact that these are our best estimates for the purposes of determining the sustainability of unlimited plans only (read more into it at your own risk).  All costs described in this analysis should be viewed as directionally accurate (+/- 20%).

Obviously, individual usage is much more difficult to model (and therefore manage) than family plans.  The usage patterns of each individual are different from families, and, as many in the industry have discovered, many/ most individual users are smartphone dependent.  Individuals tend to buy more add-ons like insurance, roadside assistance and international calling, as well as spend on applications like MLB At-Bat, Caller ID applications like Privacy Star (still Android only thanks to Apple’s neanderthal approach to calling number interrogation), and Spotify.  They are a unique blend of high volume voice, SMS, and data usage.  And, in increasing numbers, they are cutting all cords and streaming content through Wi-Fi or HDMI directly to their HDTVs.  These trends would furrow the brow of any CEO who had a concentration of truly unlmiited subscribers.

The resulting economics indicate that while the average customer is still generating a positive gross margin (our estimate is about 20%), an increasing percentage of Apple Unlimited plan subscribers are marginally or perhaps actually unprofitable.  Assuming phone dependent characteristics (which will drive 1500 to 3000 voice minutes per month), any individual customer using more than 6 or 7 GB of data each month (500 MB/ day) likely has Sprint concerned.  Given their recent retraction of the modified All-In queuing policy (see here as well as the June 21 Sunday Brief for more details), it’s not clear how they will turn this segment of their base around.

Sprint’s latest plan (All-In: $80/ month for leased smartphone + unlimited voice/SMS/data) buys them $7-8 dollars of additional allocated ARPU – a short-term profitability extension, but not a long-term cure for unlimited usage.  To maintain the same (low) gross margins as the $50 Apple Unlimited plan produced, All-In, with an implied $57 ARPU, can only accommodate 700 MB of additional LTE usage (just over 100 MB per day; model available upon request).  Bottom line:  Sprint’s All-in plan buys time, but will not result in sustainable profitability for truly unlmiited plans.

Individual unlimited voice/SMS/LTE plans (without throttling after 7-8 GB) will soon be as rare as a Blackberry Torch or Morotola KRZR.  We’ll remember them fondly.

The second half of the above chart shows Sprint’s revenues from both the promotion and the post-promotion levels of their successful 20GB for $100 family plan (which goes up automatically to $160 in September 2016).  Note that we have attached four lines to the Sprint plan for comparison purposes, although Sprint allows up to five.

Many of you asked me “What was Marcelo thinking?” when Sprint first launched the 20 GB plans a year ago.  As the analysis shows, he was thinking quite rationally.  20 GB for $100 was a very effective way of increasing postpaid credit-worthy gross additions.  It’s important to remember that, unlike the Family plan of 2014, this plan was marketed directly to existing AT&T and Verizon families.  They bring a habit that focused on limiting data usage (including connecting to home and business Wi-Fi) – these conservation practices would not have been broken in the first month or quarter (note: the conservation mindset applied to data only – unlimited voice and text plan components were unchanged).   Unlike the individual usage profile described above, families are less likely to cut all cords, more likely to have High Speed Internet, and plan on keeping some level of cable or satellite TV services. 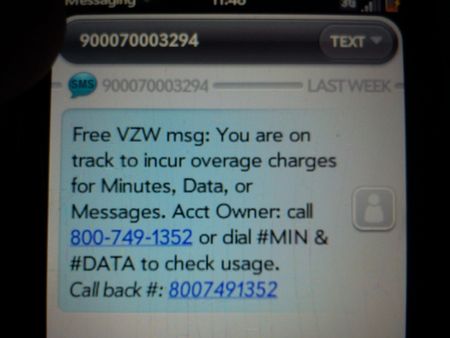 When family members (or likely the owner of the account) stopped receiving AT&T and Verizon “nearing data limit” messages, household data enforcement slackened.  Samsung began to offer free subscriptions to Netflix with each Galaxy S6 sold, which likely caused a few heart palpitations in Overland Park.  Google continued its improvement of YouTube content delivery, and new applications began to consume more bandwidth (see full list here).  The recipe of faster smartphone processing and additional 2.5 GHz spectrum deployments drove up Sprint’s data usage (we have modeled ~50% increase, and have heard from wireless carriers that data growth is likely to be 40-60% for 2016).

When the promotion rolls off, ARPU jumps to $160 (using four lines).  Even with a healthy growth in data (and a slight decrease in SMS volumes due to increased use of data-focused messaging services like WhatsApp and iMessage), overall gross margin rebounds to 53%.  To achieve a similar gross margin percantage as Sprint had with the $100 promotion, family data usage would need to increase to 10 GB (think about this when Verizon announces earnings results next on Tuesday).  Even with the assumptions outlined above, full utilization (all 20 GB) would still be marginally profitable (single-digit percentage gross margins).

Bottom line:  Family plans are more sustainable than unlimited individual plans because they depend on generationally-driven usage patterns and in-home/ in-building Wi-Fi established connectivity habits.  The shift from usage to breakage (even with Rollover/ Stash plans) paves the way to family/shared plan sustainability.

Much of today’s discussion about the future of unlimited is focused on wireless.  There are several cable companies (e.g., Mediacom and Suddenlink) who have high data caps today to rein in a very small percentage of users.  Those who exceed caps pay additional fees for blocks of additional data.

AT&T, however, is finishing up Project VIP and should obtain approval to purchase DirecTV shortly.  This will allow their DSL infrastructure improvements to be focused on faster data for more people.  What if AT&T pulled a T-Mobile on the cable industry and offered a Simple Choice High Speed Internet equivalent Max Plus 45 Mbps  plan with no contract for a $99 one time fee and $29.99/ mo. [as a way to entice new AT&T wireless customers], with the only catch being a 40 GB cap ($15 for next 40 GB)?  Could the traditional DSL providers (especially those with wireless offload needs) be a thorn in cable’s side as they use a low cap to grab market share?

The simple answer is yes.  Speed sells, and AT&T could pair in-home Wi-Fi just as easily with a Mobile Share Value plan as they could with voice or TV.  It is very possible that an activation fee + low monthly charge with a cap could become the pricing norm for wireline just as it has for wireless.  Given the financial return requirements AT&T faces for Project VIP, they will need to price/ postion the product to make themselves one customers would try before making the change from cable.

As we have written about on several occasions (one recent article here), eventually High Speed Internet caps will be as common for wirleine as they are for wireless.  And with robust in-home and in-office Wi-Fi growth, it only takes a few years for a household using 25 GB/ month to be at 50 or 75.  It’s still a few years out, but High Speed Internet value options will emerge as twisted pairs lie fallow, and cable will be forced to respond to telco’s new pricing structure.

Bottom line:  Metered usage is the hallmark of any utility, and High Speed Interet is quickly moving to utility status.  Whether wireless or wireline, truly unlimited plans will soon be museum artifacts.

Next week, we will examine Verizon’s and AT&T’s earnings.  It will be a study in incrementalism.  After their reports, we should have good idea of who stole market share from whom (Spoiler alert: T-Mobile won).  Until then, if you have friends who would like to be added to The Sunday Brief, please have them drop a quick note to sundaybrief@gmail.com and we’ll subscribe them as soon as we can (and they can go to www.sundaybrief.com for the full archive).  Thanks again for your readership, and enjoy the remaining weeks of summer!