Greetings from Orlando, home of this year’s spring COMPTEL show, Dallas, and Paris (pictured – see if you can find both old and new “Arc de triomphe”).  This issue of the Sunday Brief will provide an in depth view of Verizon and AT&T’s earnings, and, in the process, touch on other companies across the industry.

Prior to diving into results, a big thanks for those of you who took the time to catalogue the impact of mobile applications on each of your lives.  We had about 40 entries thus far, and there are a wide variety of use cases.  If you have not submitted your entry (answering the question “When would you rather pick up your mobile device to obtain information as opposed to accessing a laptop/ desktop/ tablet?”) please send your response to sundaybrief@gmail.com by the end of the month.  Thanks for your entries – you are making my keynote a lot easier and more impactful!

Also, many of you have been forwarding this letter on to your friends.  We have had nearly 50 new sign-ups since March 1 (and an additional request through the website for 10 RSS feeds).  Many thanks for helping spread the word.

When I was a manager in the Engineering & Operations workforce in Sprint’s Local Division (later to become Embarq, and then CenturyLink), I remember a discussion with the VP on a process improvement project.  “Jim, everything we do in E&O is about the 22%.  That’s the portion of our customer base that generates 88% of our profits.”

This was 1994-1995. The entire Customer Lifetime Value process had not been introduced at Sprint.  Pareto analysis was a new chapter in Sprint Quality procedures.  But even then, everyone knew that a few customers drove most of the value.  It was a different kind of numbers game, and it was all about the 22%.

This is the same type of thinking Verizon employs today when they discuss wireless net additions.  There is a subset of customers (e.g., corporations who will deploy many connected devices to dramatically improve productivity; households who will quickly adopt mobile Over the Top video along with FiOS where it is available) who will drive Verizon’s value equation.  There are other subsets that also add lesser value but will get some investment attention.  After that, Verizon’s investment interest wanes considerably.

Verizon has many high value-adding customers in the postpaid market – 35.6 million accounts with 2.87 connections per account.  Postpaid accounts grew 1.5%, while revenue per account only grew 1.0%.  However, connections per account (led by data hungry tablets) grew by 4.0%.  Verizon is banking on a repeat 4 percent performance in 2015 – enough to “price up” a significant portion of accounts into the next tier (as opposed to absorbing the bandwidth in the current tier). 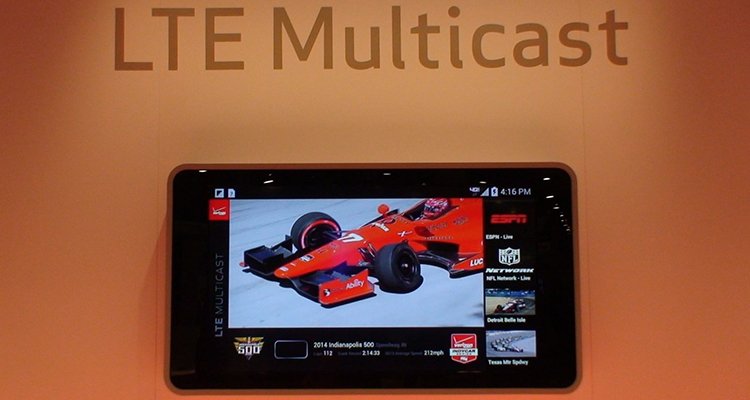 Verizon has been mum on their video plans ahead of their summer launch.  However, with Marni Walden in place since late February 2014 (see announcement here), there has been leadership over the Edgecast (Content Delivery Network or CDN) and OnCue (the Over the Top “Operating System”).  Prior to leaving Verizon in September 2014, Erik Huggers granted an interview to The Next Web (full interview here) in which he stated “We built a complete, modern, end-to-end IP-delivered, over-the-top delivered, live, linear, catch-up TV platform.”

Verizon’s actions point to one objective:  To become the world’s largest broadcaster.  Not the largest wireless distributor of content (it likely can already claim that title for North America, and EdgeCast has been busy over the past fifteen months taking on more of Verizon Wireless’ CDN), nor the largest set of available “eyeballs” to view content (which Verizon can also lay claim to for North America).  This goes beyond network: It’s an end-to-end content ingestion through device consumption model.

The business model needs to progress even further for this to change.  As we have studied through the Dish Sling TV rollout, many of today’s popular channels still come as a bundle, and, while consumers say they are willing to purchase items on an a la carte basis, there is always a reason for families to avoid cord cutting.

But what about content “snacking” through expansion of something Verizon is already known for thanks to its NFL sponsorship – live sports?   Could Verizon be contemplating something as personal as every ________ (pick your team – Ohio State, Ole Miss, Oregon, Alabama, Tennessee, South Carolina) pre and in-season football game on a per hour basis (which could include free playback on your FiOS or Wi-Fi enabled device)?  Could their new product be a mashup of the Longhorn Network meets Verizon Wireless, even if a small portion (22%) of their customer base actually uses the product?  The OnCue and EdgeCast networks could enable all of this.  All that’s needed is a really good bridge between live content producers and Verizon.

That’s where the announcement earlier this month between Imagine Communications and Verizon Digital Media comes in (see full announcement here).  Imagine connects the increasingly cloud-based distributed content (see their announcement with Disney/ ABC here for more on that) to Verizon’s network in a ready-to-consume format.  The missing puzzle piece was found, and it’s a perfect fit (for more on Imagine, read Rich Tehrani’s (TMCnet) columns here and here).

While syndicated shows could certainly benefit from this platform, live high school and collegiate sports would thrive from increased coverage.  Verizon would not only make money from smarter ad insertion (also with help from Imagine Communications, whose platforms already enable alternative ads to be inserted on playback), but they would become the broadcast outlet for the 97% of high school and collegiate sports that cannot find a home on linear TV.  “Watch more and make more” will be the pitch to colleges and universities.

Bottom line:  Verizon has no real “Plan B” here – they have to execute this model to resume a mid to high single digit growth rate.  It’s going to be a rocky road, but they might end up being the broadcast alternative for the very long tail of live sports.  Look for the company to provide more details when they announce earnings on Tuesday and likely look for offerings starting in early summer.  It does not take a lot of customers to make this model payoff, but 22 million monthly users would be nice.

AT&T’s Also Transforming, But in a Different Way 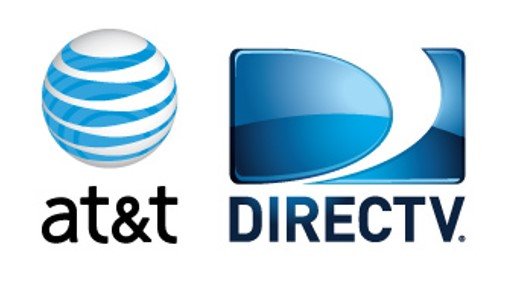 AT&T is going through a very different transformation.  Unlike Verizon, AT&T spent big at the auction ($18 billion or $8 billion more than Verizon).  They did this despite having a much larger local exchange footprint (especially when Verizon’s sale of Tampa, Dallas, and California properties are completed).  It would be interesting to compare Verizon’s and AT&T’s economic tradeoff equations between purchasing additional spectrum and densification of existing spectrum holdings.

AT&T’s method to scale in video is not to become the largest broadcaster, but rather to become the largest purchaser of content through their DirecTV acquisition.  At the Morgan Stanley conference in March, AT&T’s EVP of Home Solutions, Lori Lee, stated “Our video product today is not profitable but we are in it because we know customers love to bundle video and TV.”  She goes on further to state that “60 cents of every dollar we earn in revenue… goes straight to the content guys, and when you think about DirecTV… they pay 20% less than we do in U-Verse.”

Rather than transform the broadcasting equation, AT&T has chosen to adopt the current linear broadcasting model and use their newfound scale to drive increased profitability.  This is a model that is based on service integration (broadband, satellite, U-Verse, mobile and voice) as opposed to product innovation.  AT&T has had a lot of success with bundles, and has consistently favored a “total franchise” over a “wireless franchise” model. 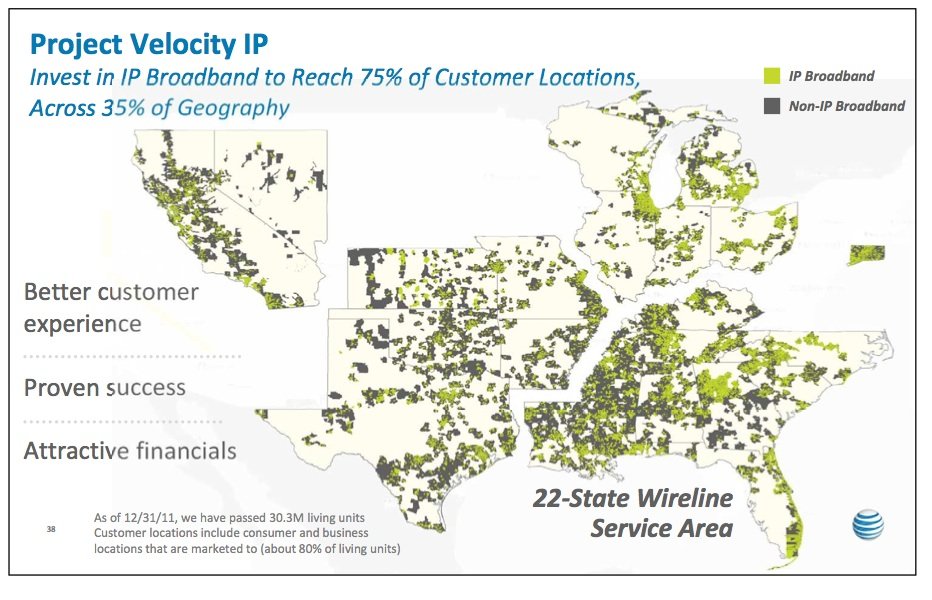 There are pros and cons to both approaches.  AT&T has largely implemented Project VIP (see nearby picture), which lays a very broad 75Mbps DSL foundation to compete with cable (and, as Google is learning, this infrastructure can be tactically upgraded to 1 Gbps in certain markets when conditions warrant).

They also had healthy spectrum holdings before their recent Auction 97 (AWS spectrum) wins.  While their 700 MHz, 800 MHz, and AWS spectrum band holdings are well known, AT&T now owns a considerable amount of the WCS (2.3 GHz) band thanks to their purchase of NextWave, Sprint, Horizon Wi-Com, Comcast and San Diego Gas & Electric Holdings.  This band could be used in a variety of ways, including broadcast video (perhaps integrated into other connected car needs).

Bottom line:  Both Verizon and AT&T will report earnings this week.  To some extent, they will be “more of the same” with no or negative phone net additions offset by growth in tablets and other connected devices.  AT&T will cement their dominance in connected car, and both carriers will attribute better than expected performance in business to increased sales in enterprise security offerings.  The real headlines will be made, however, with their diverging video approaches.  Verizon’s will be based on broadcast delivery through wireless means, while AT&T’s will be a broader “all of the above” approach.

Next week, we’ll see what each said, and provide any additional insights on the overall market.  Until then, if you have friends who would like to be added to The Sunday Brief, please have them drop a quick note to sundaybrief@gmail.com and we’ll subscribe them as soon as we can (and they can go to www.sundaybrief.com for the full archive).

Thanks again for your readership, and don’t forget to send in your use case for a “mobile first” event! Have a terrific week!