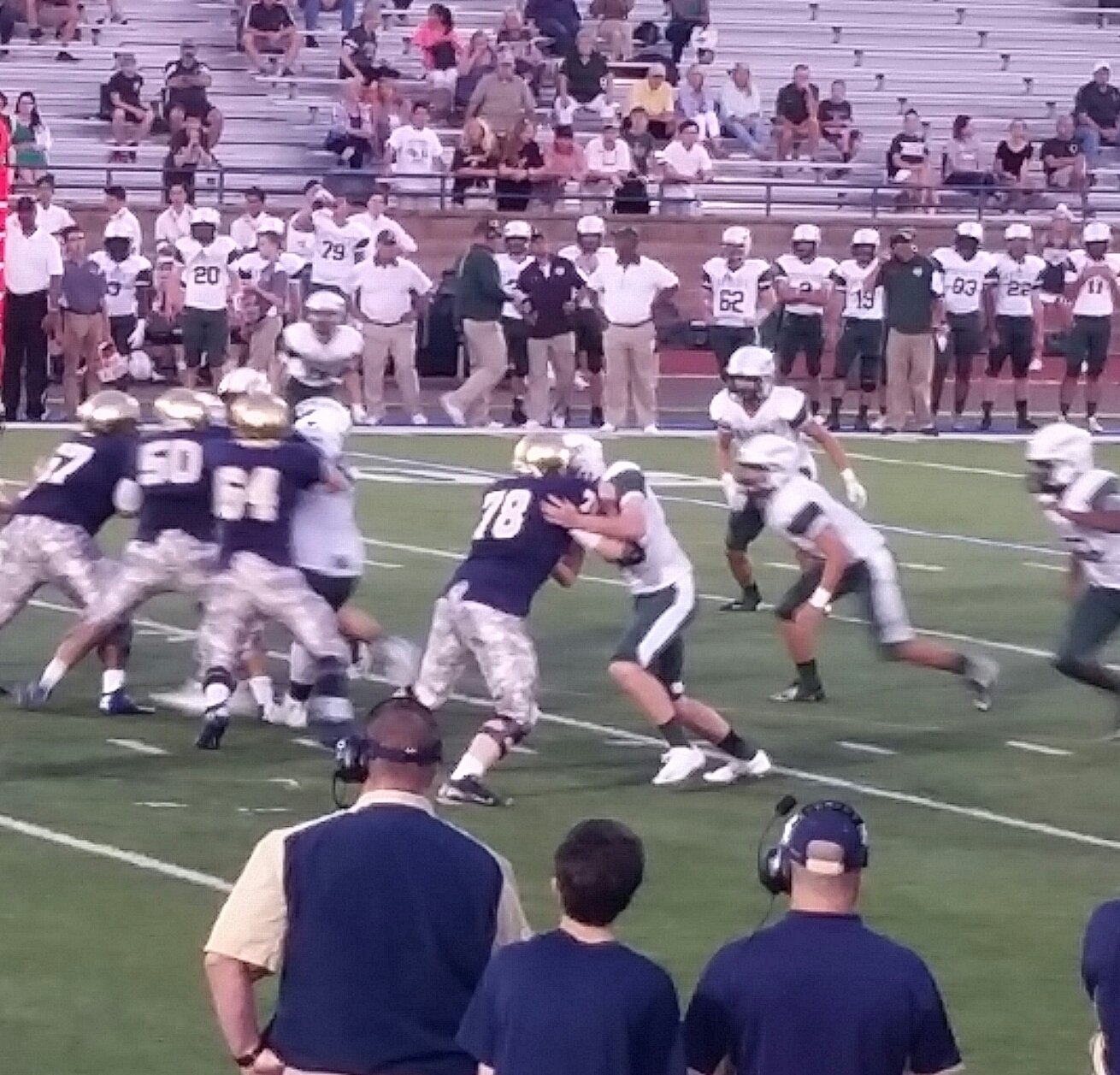 Beginning of fall, mid-season Texas football (pictured), and end of quarter greetings from Austin, Dallas, and Seattle.  This week, we will examine five of the top ten developments for the quarter and determine their short and long-term effects on the telecommunications industry.  These events are in no particular order, and several of them have been suggested by Sunday Brief readers.

Almost a month before the iPhone 6S announcement, Sprint launched their iPhone For Life promotion.  In this program, new and eligible Sprint customers traded in their phones in August and Sprint provided them with a $15/ month iPhone 6 or 6 Plus lease.  The customer could then upgrade their iPhone 6 (Plus) to the iPhone 6S (Plus) by the end of the year and keep the $15/ month rate (as we discussed two weeks ago, Sprint gets carrier aggregation in the iPhone 6S model).  At the next upgrade (after Dec 31), the lease price would revert to $22 with an eligible trade in.

While the iPhone for Life title was catchy, the program was harder to sell in the stores than expected (and, as many of you asked in follow-up comments, Why would Sprint want to encourage upgrades during the Holiday season?  This question is still unanswered).   Sprint responded with an aggressive plan on September 11 which allowed iPhone 6S customers to lease a new device for $15/ month with a smartphone trade-in (iPhone 6S Plus is $19).  This plan includes one eligible upgrade per year (at the new upgrade price).

T-Mobile responded with an aggressive promotion on September 22:  If the customer turned in an iPhone 6 (or most Samsung Galaxy S6 models), they would get a new iPhone 6S for $5/ month (for an iPhone 5S, the new monthly payment would be $10/ month).  This was met with an enthusiastic response – not only would existing customers get a discount on their equipment payments (up to $22/ month), they would get a 700 MHz Band 12 capable phone (the iPhone 6S is the first device with this band included – see this link for the 700 MHz map)

Sprint responded with a headline that read “Not so Fast, T-Mobile!” on September 24.  They dropped their lease rate on an iPhone 6S with an iPhone 6 trade-in to $1/ month ($5/ month on for the iPhone 6S).  No other rate discounts were offered on other devices (the iPhone Forever rate of $15 held through the end of 2015).

While these rates pair well with the general Apple hysteria that accompanies a launch, there is a more fundamental point here:  Without  a device that is capable of accesing faster network technologies, customers will not enjoy their benefits.  Without these benefits, there are few reasons to move from AT&T and Verizon to Sprint or T-Mobile.   This phenomenon has existed ever since the first network upgrades (3G and then LTE-capable smartphones), but the rammifications are much greater today.  Sprint’s speed claims ring hollow (pun intended) unless you have a Samsung Galaxy 6 (Plus, Edge, Edge +), Note 5, LG G4 or G Flex 2, HTC One M9, and now the iPhone 6S.  And, with Sprint having this faster network deployed in 41 markets (see leaked Reddit post here), there’s a good shot that many customers will see a dramatically different experience.

The result is a marked increase in many waiting times for all iPhone devices vs. those reported in last week’s Sunday Brief (times as of 5 p.m. ET September 26):

T-Mobile has experienced the largest changes — which is not a surprise given their “10 GB for All” promotion in addition to both the attractive phone rate described earlier and the fact that Apple Music playing does not count toward MB levels.  AT&T’s increase in availability is also not much of a surprise given their large iPhone base.  The immediate availability of some Sprint iPhone 6S Plus devices is a bit of a surprise, but could be a reflection of supply chain improvements due to their relationship with Brightstar.

The implications of device turn-ins are not well known at this time.  However, refurbishment supplies are going to go up in the fourth quarter and, to a (much) larger extent, in 2016.   Compressed cycles mean big opportunities for newer companies that specialize in retailing devices, such as Glyde and Gazelle.  This also puts pressure on device manufacturers to continue innovation and development.

Bottom line:  The iPhone 6S launch is helping everyone (including third parties like Best Buy), but T-Mobile appears to be experiencing longer waits for both models.  It’s definitely a Top 10 event.

Can Starting a 180-Day Shot Clock Qualify as a Top 10 Event? 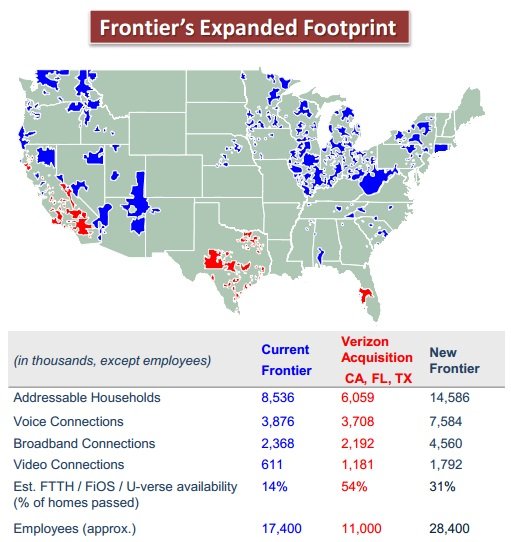 Yes, and FCC actions qualify for two of the Top 10 events in the quarter.  First, on September 2nd the FCC approved Frontier Communications’ purchase of Verizon’s California, Texas, and Florida properties (Frontier announced this acquisition on Febuary 5 – to see a map of Frontier’s territory including their most recent acquisition, click here).  This is a very quick turnaround for a transaction of this size, and to many (including The Sunday Brief), was an indication that the FCC would likely move on other mergers as well.

Second, on September 11, the FCC started the informal 180-day shot clock on the Time Warner Cable (TWC)/ Bright House Networks (BHN)/ Charter Communications three-way merger.  There continues to be wrangling over the FCC’s ability and willingness to keep content deals out of the public eye (the FCC should honor the protective order if they ask the cable providers for confidential and proprietary information), and the FCC has asked for information about the quality/ throughput/ treatment of on-line streaming providers such as Netflix and Hulu (see Bloomberg article here).  The three merging parties appear to be ready for the questions, however, and few see the prolonged approval process that plagued the TWC/ Comcast proposed merger.

The news that Cablevision was acquired by Altice did not surprise most – it was the perception that they paid a hefy premium for the pioneering but geographically constrained property.  Bloomberg Intelligence pegged the $17.7 billion offer (includes debt) at an EBITDA multiple of 9.64 and at $6,712 per video customer (a snapshot figure only as video value would not be a reason for acquiring any cable company).  These figures compare to a peer group EBITDA multiple of 9.35 and per video values of $7,138 to $8,040.

On the face of it, Altice paid a competitive multiple. But what about Cablevision’s long-term growth prospects (as M&A B-school classes teach – the “value of g”)?  If second quarter earnings are any indication, Cablevision is in a dog fight for subscribers with Verizon FiOS, and Verizon’s management team is redirecting their focus to more competitive local Northeast operations.  Over the very short term, there may be additional subscribers that switch due to the changeover from AT&T to Frontier, but those issues are largely considered to be behind them.

Where does that leave Altice?  Anticipating this question on a conference call, Altice CEO Draghi showed the nearby chart to explain the cost savings synergy strategy (full investor presentation from Altice Investor Relations here).  Some implementation details came at an investor confernece where Altice’s CEO, Dexter Goei, revealed that 300 employees at Cablevision make more than $300,000 annually.  “There’s a new sherrif in town…  We will probably run things a bit differently.”  Added Drahi, “My model is to bring U.S. ARPU to Europe and European expense to the U.S.” 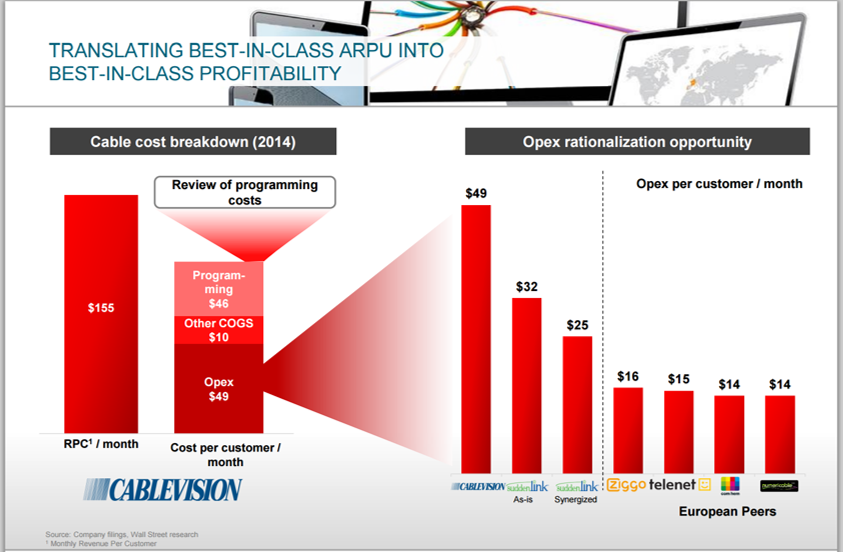 Without a doubt, Long Island is one of the more expensive places to live in the United States.  And 300 represents about 2.2% of the total employee base.  But cutting 50% of the 300 employees would only represent a $45-60 million annual reduction (again, this excludes senior executive pay which will undoubtedly be less than the $40+ million paid out to Jimmy and Chuck Dolan earlier this year).  These changes alone would meet the majority of the G&A target laid out in their investor presentation.  Is Altice’s strategy to attract talent in less expensive Suddenlink strongholds of St. Louis and Dallas/ Tyler, TX?  Or is this the typical elimination of overlapping positions?

The answer to these questions (as well as Altice’s ability to wring out $300 million in annual network operating savings) determines the premiums paid if and as Altice rolls up the rest of the industry.  Definitely a trend to watch for the rest of 2015 and 2016.

Samsung Gears Up for VR 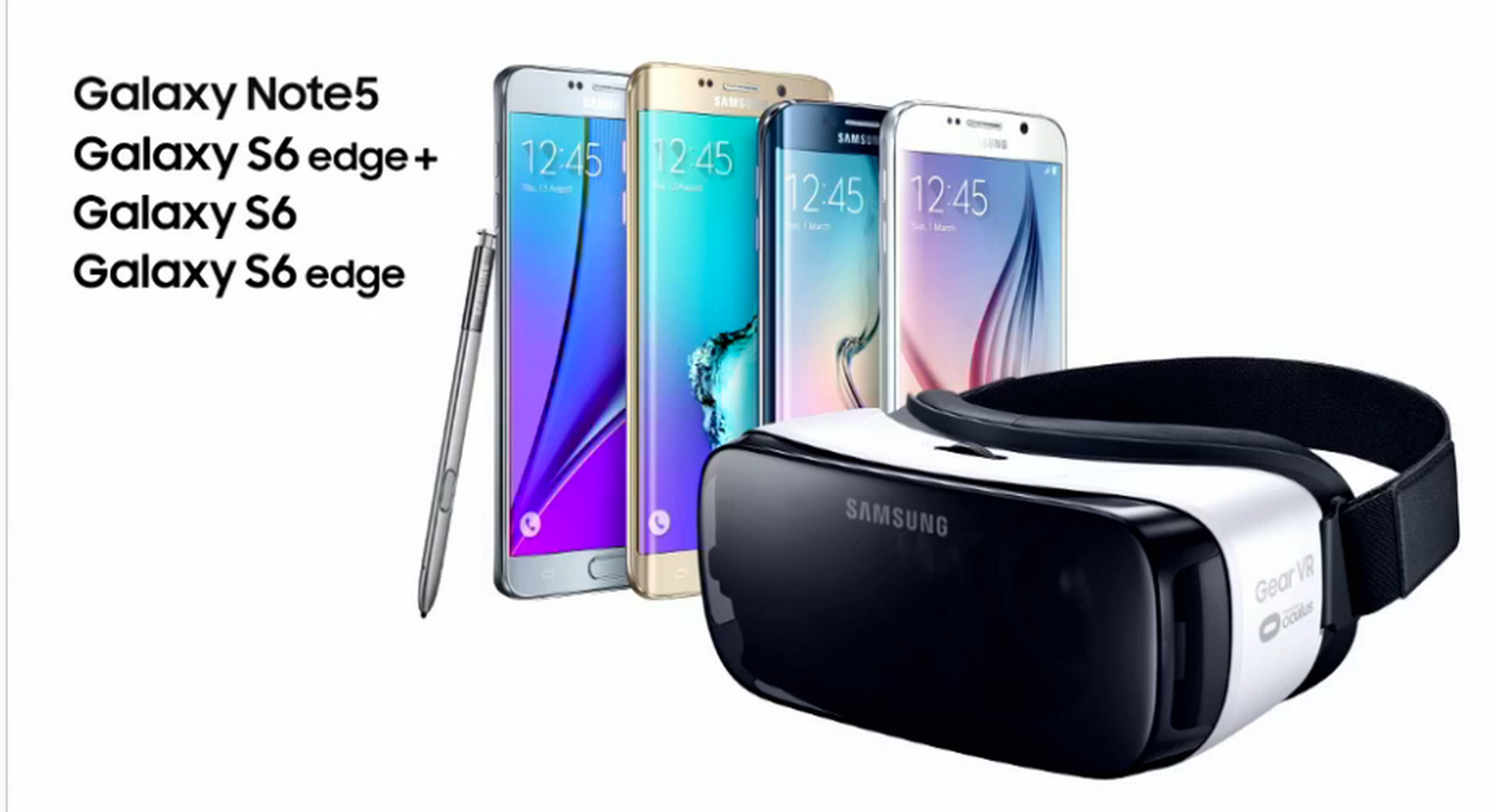 Amid all of the iPhone hype, Samsung announced a $99 version of their Gear VR available for the Holiday Season.  Full details on the Oculus-powered device are here.  One of the most important features is that it is 22% lighter than the previous version.  As Gizmag states in their hands-on review, “It’s not that we ever thought the previous model felt heavy, but the new Gear VR does get you closer to completely forgetting that you have a mask strapped to your face.”

This feeling just became a lot more important as the Oculus store just landed Netflix, Fox, and Hulu (coming soon) for streaming video.  There’s a terrific blog on Netflix describing how VR will impact movie viewing experiences (it would take another Sunday Brief to summarize the article so I’ll just include the link here).  Bottom line:  $99 price point will lead to increased adoption and additional content.  Oculus store titles will get more play on Facebook (I have already seen sponsored ads on my news feed within a day of searching).  An Oculus/ Steam relationship could be around the corner.  And it’s more portable (albeit less powerful) than the Rift.  Best of all (to Samsung), Apple does not have it – yet.

Next week, we cover the second half of the top events that are shaping third quarter results.  Until then, please invite one of your colleagues to become a regular Sunday Brief reader by having them drop a quick note to sundaybrief@gmail.com. We’ll subscribe them as soon as we can (and they can go to www.sundaybrief.com for the full archive).  Thanks again for your readership, and Go Royals!