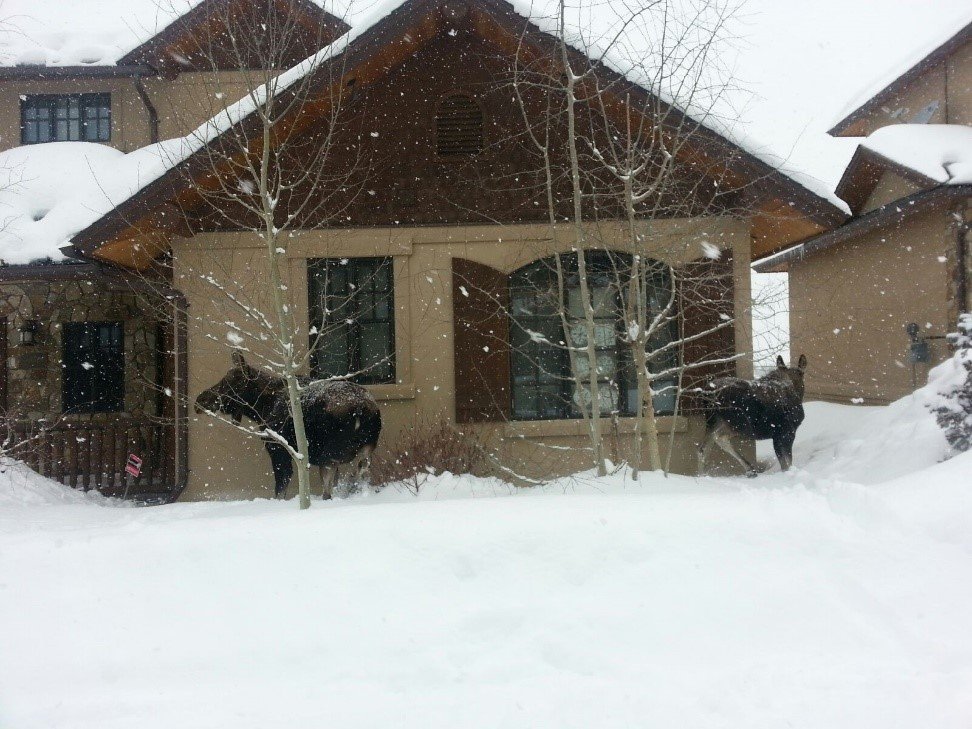 Yuletide Greetings from Paris, Austin, Dallas, and Fraser (Colorado – moose neighbors pictured).  Like many of you, the Sunday Brief HQ has moved to the Rocky Mountains to close out the year.  Due to the exceptional snowfall, this Sunday Brief edition was delayed.  Our apologies – your loss was our powdery gain.

To aid in brevity, we have split the Top 10 list into two groups of five (the second part will be published on the 27th).  They are in no priority order, and I am sure that I missed some that you might have added to your list (it’s hard to believe, for example, that Sling TV is less than a year old and that the Comcast/ TWC merger remained a possibility at the end of 2014).  Each of these events, however, impacted (and will likely continue to impact) the communications landscape.

As we discussed in last week’s column, Judge Tatel is interested in the dynamics leading up to the FCC’s decision.  It’s unlikely that this motivation results in the the entire Order being overturned, and it’s not clear if there is enough momentum even to take out wireless restrictions.  What is clear is that legislative change is needed, and that’s very unlikely in an election year.

That strategy seems to be headed in right direction, albeit slowly. 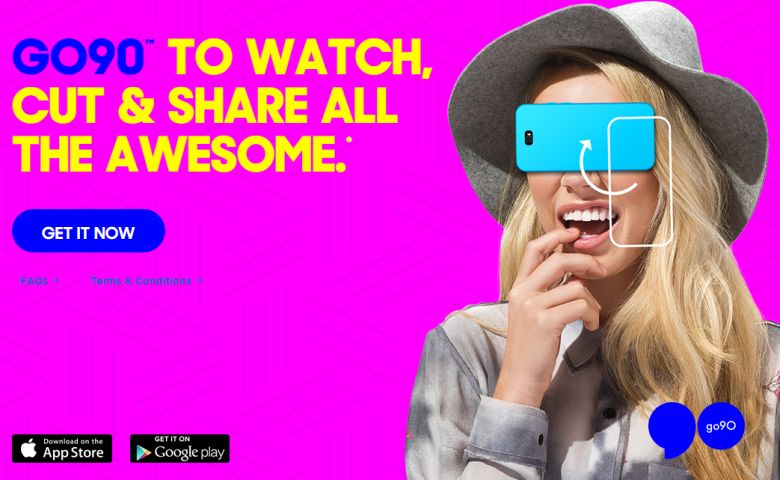 This is not your father’s Verizon

According to the analytics site App Annie, Go90 is currently (as of Dec 19) ranked as the 275th most downloaded app for iPhones overall and ranks 23rd in the entertainment sub-category.   It has reached as high as 110th and 10th for these categories, respectively. Go90 is not faring well for iPad (which is understandable given Verizon’s current marketing messages).  While Netflix, Hulu, HBO, PlayStation, Amazon, and Chromecast apps are currently beating Go90 in the Entertainment sub-category, they are currently leading Xfinity,  Xbox One, Roku, DirecTV, CBS, ABC, Redbox and Crackle.

Verizon’s foray into media distribution costs less than many infrastructure initiatives, but requires constant refreshing.  The verdict is still out on Verizon’s ability to change into a “content culture” but the initial results are encouraging.  As we will highlight in the next section, their strategy is markedly different from AT&T.

Glenn Lurie (AT&T’s Mobility President) and Randall Stephenson (AT&T CEO) talked about their success at separate investor conferences in December.  From a customer experience perspective, the goal to “make it as seamless for mobile customers to travel from New York to Mexico as it is today to travel to New Mexico” is very ambitious.  Adding a Mexican resident to an AT&T Mobile Share Value plan sounds easy, but you have taxation, real time rating, and notification issues.  Business plan seamlessness (which is barely seamless between AT&T broadband and wireless today and grows in complexity with business size) is even more challenging.

One additional indication of the impact of AT&T’s entry into Mexico was T-Mobile’s preemptive   Mobile Without Borders campaign which launched in July 2015 (announcement here).  This solved the pain of travel to Mexico, but does not solve the issue for Mexican wireless customers traveling from Mexico.  That’s where we’ll see AT&T’s growth in the fourth quarter, and why their Mexico investment should be one of Ma Bell’s best. 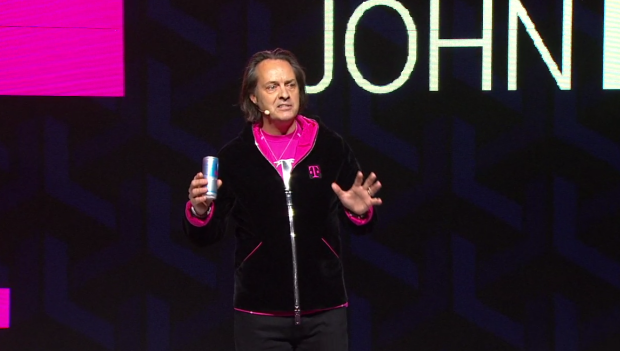 In 2015, T-Mobile extended 2014’s gains and overtook Sprint as the #3 US wireless carrier as measured by subscribers.  Interestingly, most of these gains have come through phone additions (a lot of new iPhones and Samsung Galaxy S6 devices in the fourth quarter alone).  T-Mobile focused on phones because that’s where they can earn the greatest value for their marketing dollars.  Would their Mobile Without Borders campaign have been successful if it had been diluted with a cross-border tablet offer?  Concentrating on phone-based plans made their marketing more effective and broadened their appeal.

2015 is probably the last year that T-Mobile will be able to be laser-focused.  As we have written in the past, the next 5-10 million of net add growth is going to be harder for many reasons:  Sprint’s network is finally achieving data parity in many markets, AT&T is grabbing more share through their Cricket brand than anyone expected, and Verizon is on a brand advertising binge that will be accompanied by some sort of Go90/ sponsored/ prioritized data in 2016.  As we discussed in an early 2015 column, T-Mobile also achieved gains from LTE expansion.  This “new market” effect (similar to the “new store” vs. “same store” sales argument in retail) will be markedly less in 2016.

T-Mobile’s next great opportunity is business.  They are the market leader in Wi-Fi calling (We urge you to try it – the staff has been using it at our Colorado HQ and the call quality is exceptional), and this alone could disrupt the small and medium business landscape.  Their first year of business offerings could best be described as “meh.”  A partnership with Comcast or Level3 (specifically the unit formerly known as tw telecom) would vault T-Mobile into a leadership role.

Nokia is betting that their broad base of solutions (read: leveraging of lots of R&D and patent portfolios) will increase their penetration with US wireless and wireline carriers.  There appears to be enough merit to this argument to cause Cisco Systems to forge their own strategic alliance in November (announcement here).  This also led to speculation that Samsung was going to exit the US market for networking services – a rumor that was quickly denied by the South Korean conglomerate.

Equipment manufacturers have struggled to find a source of sustainable value creation over the past decade.  The logical result, especially in a low global interest rate environment, is increased M&A activity.  As SDN and its closely related cousin Network Function Virtualization (NFV) begin to be broadly adopted, the value proposition of intelligent hardware is at risk.

That’s it for this week.  On the 27th, we’ll publish the remainder of the Top 10.  Until then, please invite one of your colleagues to become a regular Sunday Brief reader by having them drop a quick note to sundaybrief@gmail.com. We’ll subscribe them as soon as we can (and they can go to www.sundaybrief.com for the full archive).  Thanks again for your readership, and Happy New Year!