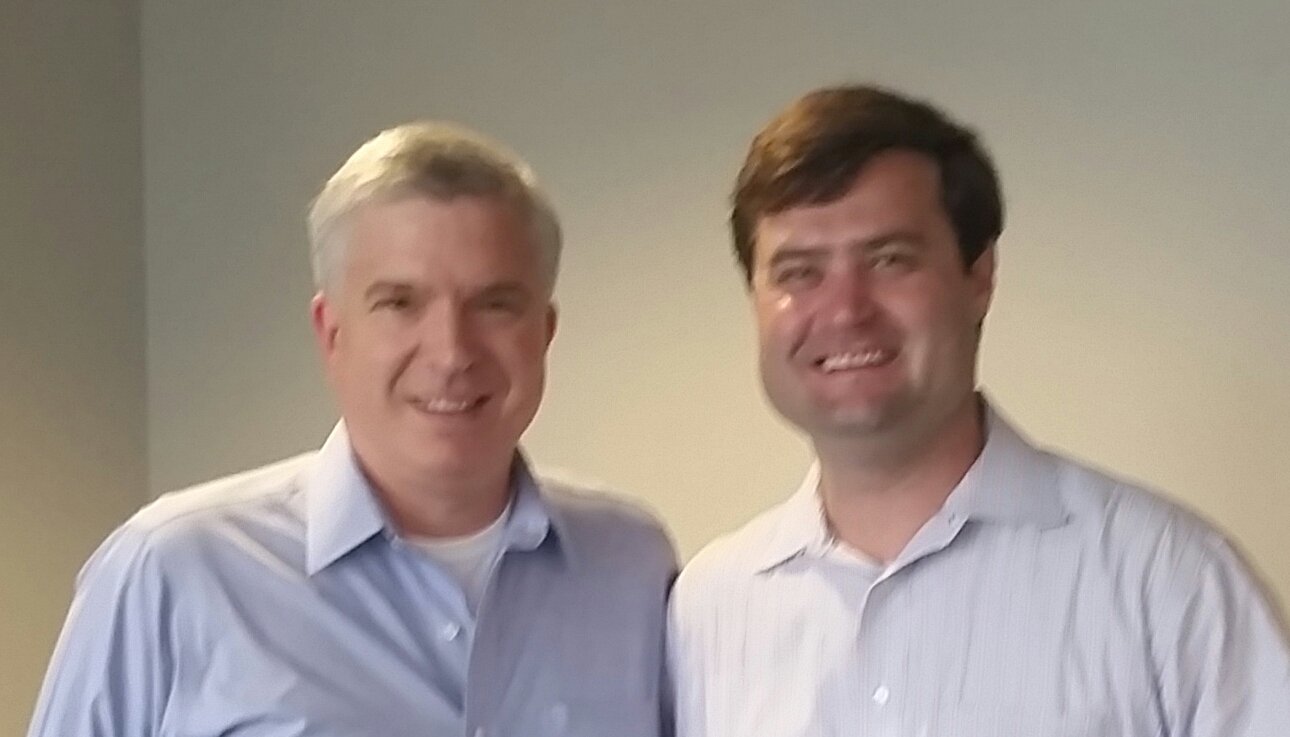 Greetings from Paris, Tampa (pictured with Robert Faber from Ballast Point Ventures), and waterlogged Dallas (Jesuit vs. W. T. White pictured – JCP won 43-0 and has scored 140 unanswered points over the past 3+ games).   This is the first time we have used a dual lead pictures in The Sunday Brief – an indication as to how active the past week has been.  As for content, we will discuss AT&T’s and Verizon’s earnings in detail, providing a few areas of contrasting growth strategies from common core businesses.

Many casual observers lump AT&T and Verizon in the same category of “behemoth global telecommunications providers.”  Without a doubt, their earnings show common roots, but their growth strategies are quickly diverging.

The bottom line is that Verizon and AT&T are big and broad.  They got there through a combination of disciplined consolidations of both the wireless and wireline industries and through consistent marketing messages (AT&T:  iPhone exclusivity; Verizon: Network performance and consistency).  The result of their efforts are tens of billions of capital being spent to grow and maintain wireless and fiber networks each year (on top of spectrum expenditures) and billions of dollars in free cash flow to pay shareholders and bondholders.

AT&T and Verizon are Branching Out in Different Ways

Those who only focus on changes in AT&T’s and Verizon’s core businesses (using the tree analogy, their respective trunks) will miss the sources of new growth.  These new branches are very different for both companies and were articulated in their third quarter earnings releases.  Here are three new branches to consider:

While I am not the target audience, I have watched several episodes during my travels and have to admit that the video quality is exceptional (even on Southwest Airlines Wi-Fi which, as many of you know, is a challenge).  Admittedly, the platform is probably underutilized today, but the content distribution quality is par excellence (even if I have nothing in common with Hayes Grier from Dancing with the Stars).

That said, content discovery within the app is painful.  The search results are incomplete (I searched for Hayes Grier and received “No Results Found” for shows with Hayes Grier in them), and social media links (which would be a great way to expand Go90’s presence) are nonexistent.   Its early innings on the product, but right now Go90’s UI is minor league.

As far as go90, look, go90 is a very, very different product set. It is a mobile-first, social entertainment platform. Let me just talk a little bit about where we are here, but this really is just a totally different perspective than linear TV and content deals. We know how to do that and we have been doing that for 10 years with fios. But this is a very, very different platform. Keep in mind we are 20 days into this. We actually haven’t done any advertising or promotion activity around this product. So for early stages, we’re seeing very good platform stability. We are seeing very encouraging feedback and of course, we are looking at some very specific metrics here of what’s the viewership? How many times do people revisit the site?  What do the new shows capture?

It’s important to remember that Go90 is a platform, not a channel.  There’s a lot of UI work remaining (something as simple as “Pick up where you left off” when a user activates the app; a recommendation engine that rivals YouTube), but the framework appears to be there. 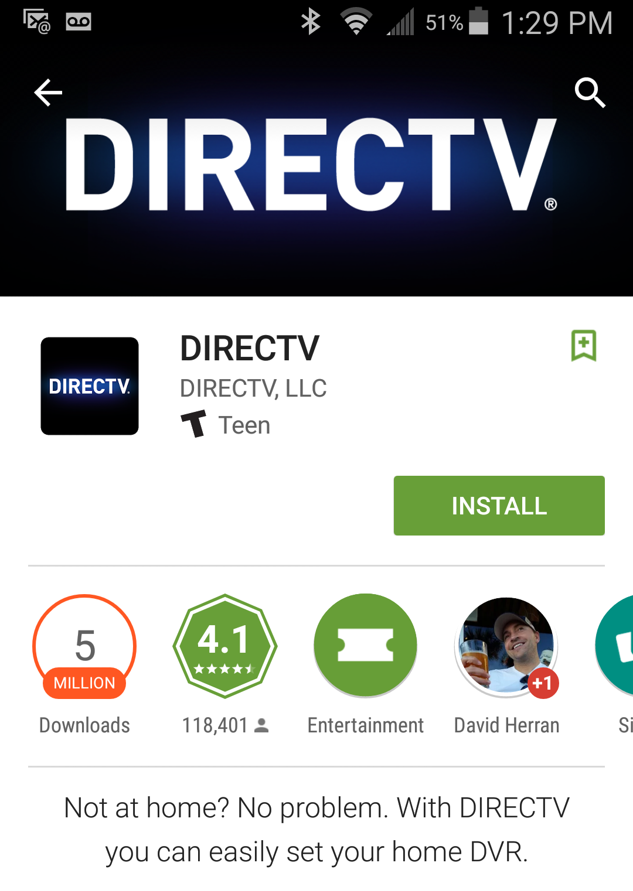 AT&T has the DirecTV app with over 5 million Android downloads.  They also have Sunday Ticket.  Could they extend the DirecTV app with some additional millennial-focused content (free for everyone), and potentially use this “hook” to grow DirecTV’s subscriber base through a “free DirecTV weekend” promotion?  Yes they could (AT&T recently used this “takeover” strategy in their content sponsorship of the MLB broadcasting app during the last weekend of the season even though T-Mobile is the official wireless sponsor of MLB).  They are one notification away from driving millions of eyeballs to content.  So is Verizon.

What makes Verizon different is that they are becoming a wireless-focused broadcaster (as opposed to content provider/producer).  They will use their base to drive viewership and as a result drive revenues.  How much difference this will drive between whether millennials click on YouTube versus Go90 for their content remains to be seen.  But it’s a different branch, and one that Verizon is heavily cultivating.

The fruit of this strategy is beginning to show.  Here’s come commentary on small business growth from AT&T’s third quarter conference call by CFO John Stephens:

We also have improving year-over-year wireline small business trends the last few quarters, and that continued in the third quarter. Plus, when you include Mobility Solutions, we actually grew small business revenues. This gives you a better idea of how our Business Solutions team is competing and winning.

Later on in the Q&A, Stephens elaborated on his earlier statement:

Our Business Solutions team is really doing well in a tough economy, particularly in the enterprise and the public sector space, but really, really well in the small business space. And that gives us optimism. As we mentioned with wireless, we’re seeing growth in that area. But we are seeing the acceptance of our Network on Demand, our NetBond, our software-defined networks all moving customers in a positive direction.

This small business growth is not a result of some newfound agent.  It’s not directly a result of economic growth in AT&T’s franchise territories (although having California, Florida, and Texas as major local areas is important).  It’s neither a result of the Mexico wireless acquisitions nor DirecTV.  Small business growth emanates from Project VIP and the $1 billion commitment to connect 950,000 business locations with fiber, just as the economy picks up in the states mentioned above.

Contrast this with Verizon’s nuanced FiOS strategy.  Small business revenues are a drag on overall wireline earnings (While AT&T did not announce 3Q small business wireline revenue growth, the 2Q figure was a decline of 3.7% compared to a 4.5% decline at Verizon).  The most profitable FiOS properties are being divested to Frontier, placing further pressure on Verizon’s corporate cost structure (or, as Verizon CFO Fran Shammo described it on the third quarter conference call, the “allocations”).  It makes we wonder what Verizon’s wireline future would have been had they pursued Massachusetts and Maryland fiber builds with more vigor.

Fiber is a long-lived asset with no immediate replacement.  Investing in fiber is not fail proof, but it’s a lot closer then investing in segments more dependent on the innovation cycle like the Internet of Things and broadcast/ content platform development.  AT&T’s fiber branch may prove to be the healthiest bough of all.

However, AT&T ditched All in One Wireless for Cricket.  They launched an extended footprint to current Cricket customers to get them to move, and they used the Cricket brand to appeal to single line voice and data users.

Here’s some Cricket commentary from John Stephens included while discussing AT&T’s overall churn decline (it actually is worth listening to the podcast of the earnings call to capture his excitement): 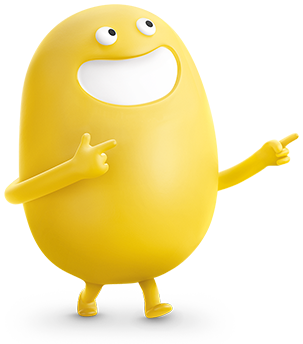 We are adding premium prepaid subscribers whose ARPU is higher and subsidy costs are lower than postpaid feature phone subscribers who have the highest postpaid churn. And our success in the prepaid market is resulting in improvement in total churn. Cricket gives us a quality prepaid offering for the more value-conscious customer, same great network, quality customer service, and the flexibility prepaid delivers with subscriber acquisition costs that are much lower than our postpaid voice.

Verizon does not have a Cricket.  AT&T has grown 962,000 net new prepaid subscribers over the last 12 months, while Verizon has lost 316,000 prepaid subscribers over the same period.  Could some of those new customers serve as a breeding ground for future postpaid customers?  Maybe, but AT&T appears to have found a formula that is not dependent on that occurring – they would be equally comfortable keeping them in the Cricket family.

Neither company has a robust wholesale/ MVNO program for voice and data customers (outside of their aging Tracfone relationship), which is truly lamentable.  But AT&T’s Cricket growth is budding, and, if they keep churn low, they will reap a bumper crop of cash fruit.

There are a few additional areas of difference (e.g., Venezuela currency risk is not in Verizon’s earnings release; AT&T’s 1 million connected car additions per quarter), and it’s way too early to declare one strategy or company victorious over the other.  But those who lump AT&T and Verizon together simply because of their past behaviors miss the importance of their 2014 and 2015 activities.  Future cash sources for these two companies will be different if they are successful.

Next week, we’ll continue with earnings coverage with T-Mobile and Level3 Communications announcements/ conference calls on Tuesday.  Until then, please invite one of your colleagues to become a regular Sunday Brief reader by having them drop a quick note to sundaybrief@gmail.com. We’ll subscribe them as soon as we can (and they can go to www.sundaybrief.com for the full archive).  Thanks again for your readership, and Go Royals!