The Winning Formula for Wireline 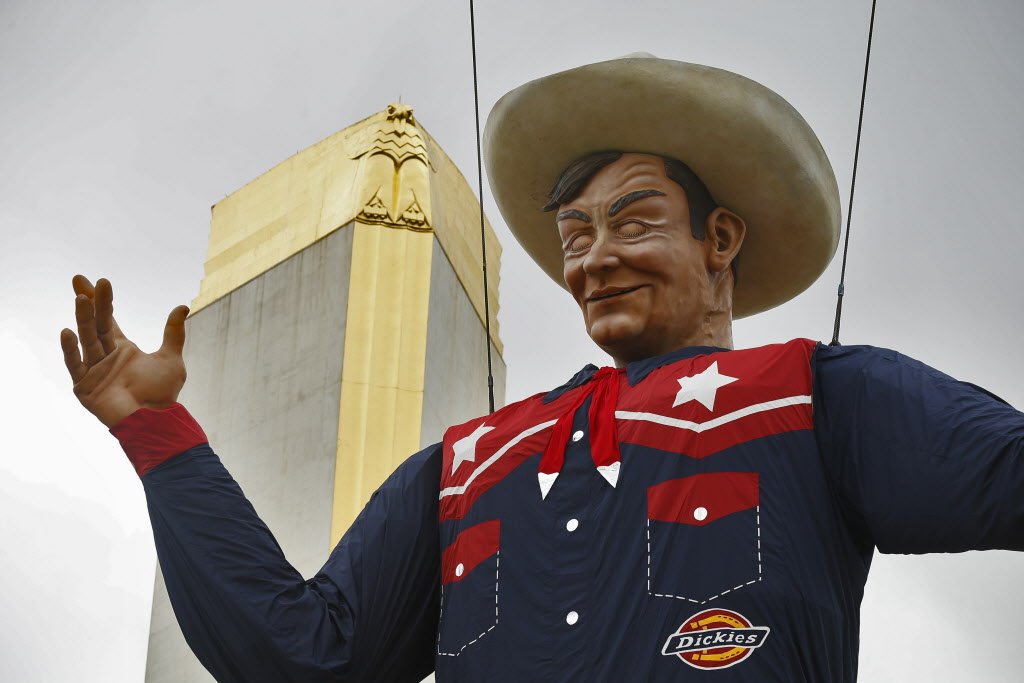 Big Tex is raised up one week before the opening of the State Fair of Texas in Dallas, TX Sept. 19, 2014. (Nathan Hunsinger/The Dallas Morning News)

Texas State Fair greetings from Dallas, Texas (the all new Big Tex is pictured), home of this year’s COMPTEL Plus Convention & Expo.  This year promises to be extra special as FCC Chairman Tom Wheeler delivers the keynote address on Monday.  If any of you are attending, it might be worth it to read Chairman Wheeler’s September 4 speech titled “The Facts and Future of Broadband Competition” prior to attending.

Connectivity to homes and businesses has been steadily on the rise.  In the Chairman’s comments relayed in the link above, Wheeler cites more than two competitors at the 10 Mbps down/ 768Kbps up level for what??.  While speeds and penetration need to be improved to maintain global competitiveness, reaching a competitive state where 20-30-50-100 Mbps (now symmetrical if you live in Verizon FiOS territory) has become an option is remarkable.

Wireless competition is robust for the 250 million Americans who live in a Metropolitan Statistical Area (total population of the US = 316 million).  Approximately 80% of the US population lives in an MSA, and over 50 MSAs have a population of one million or more people.  That these areas happen to coincide with minimum wireless carrier LTE footprints is no coincidence (T-Mobile has the smallest LTE footprint at 235 million as of September 2014 and plans to grow this to 280 million by mid-2015.  See Dave Mayo interview here).

With unlimited voice becoming the standard for wireless carriers (especially with metered data/ family plans), in 80%+ of the country there is robust competition for a voice minute if wireless coverage is available.  This leads us to the first key ingredient to wireline success:  support wireless voice (and SMS).

This is a tough pill to swallow for the industry because their roots are based on switched (voice) access and interconnection.  The revenue streams are small, but the legacy is deep.  “We own the office” was the phrase that one of them used with me over the summer.  “Our company cannot survive without voice” was a mantra I heard from many competitors.  “Poor in-home coverage drives more [wireline] phone – why would I want to enable that?” came from more than one cable company.

Competition is a two way street.  To ask others to overturn their view of the competitive landscape involves rethinking current business models.  The first traditional Competitive Local Exchange Carrier to enable wireless in-building coverage with substance will create a competitive advantage.

For those of you who have not studied the effects of cloud computing on infratructure expectations, this next section will be a brain bender.  For decades, computing instructions (software) have been stored locally in hard drives in local offices.  Software was licensed per using destop, and customer-specific  applications were written for local (or, at worst case wide) area networking environments.

With the advent of the Internet, and especially the advent of broadband speeds in the past five years, the business model began to change.  Software became more sophisticated and at the same time specialized.  Customer-specific modifications abated.

Three key trends began to accelerate at this point:  1) Software revisions began to favor efficiency over product robustness (and code overall became more efficient); 2) Broadband speeds increased to homes and businesses alike, and cable began to accelerate their small business passings; 3) Mobile computing expectations began to increase, first through smartphones and applications, and then with tablets (both are critical today).

On top of these trends, high-end server prices continued to drop steeply, and bandwidth price/value (local, national, and international) contined to improve.  At some point, it was going to be cheaper to keep software in the cloud and manage updates on a “rolling” basis.  That point occurred sometime in 2010-2012. 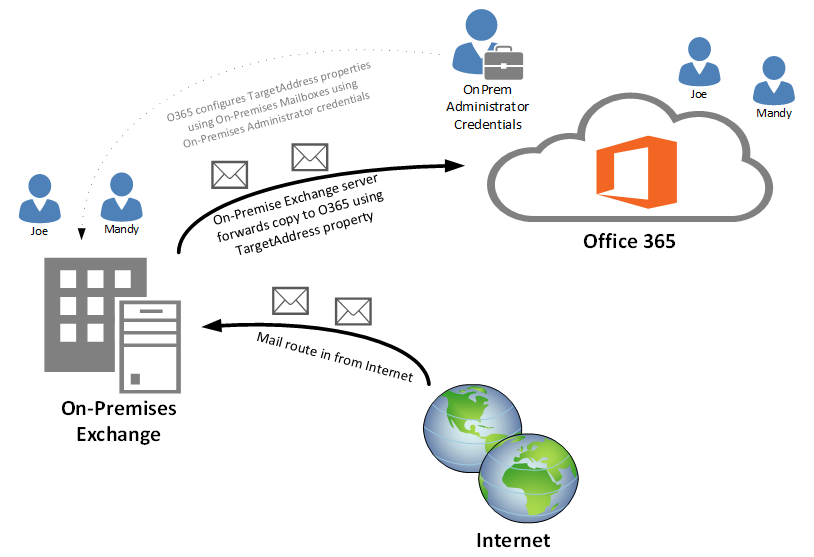 Microsoft introduced Office 365 to the masses in June 2011 with more stability in 2013.  In March 2014, Microsoft introduced Office for iPad applications to generally wide acclaim (and 12 million downloads in the first week).   The fulfillment of the previous decade’s vision of “apps on tap” became a reality.  A decade from now, many will wonder why the CD-ROM drive exists.

This presents a unique issue for all wired Communications Service Providers (CSP):  When is it the network’s fault?  In the old days, the blue screen of death meant that the local network was failing.  In a cloud environment, who fixes traditional errors?  How do you diagnose that the bandwidth provider is at fault?  Most importantly, how do you restore/ fix problems driven by network/ software configurations?

This leads to the next key ingredient:  Information technology management.  Understanding the effects of software changes on the network is more critical than ever.  The compexity of “technical help” questions directed to wired CSPs is increasing as traditional applications that have not been moved to the cloud (yet) have to interface with new cloud-based software.  One CIO put the “cloud conundrum” to me best at a conference this summer:  “We are one software update away from network chaos.”  CIOs could not have made that statement a decade ago, but with business software increasingly residing at the regional data center and not at the branch office, the troubleshooting process could be a nightmare.

Network operators are not software developers.  They generally have minimal understanding of the development process, and have had little success in expanding into software services (except cloud storage and security).  The first traditional CLEC to show better than average IT competence will create a competitive advantage.  The one who makes IT superiority to be the cornerstone of Home Office and Small Business offerings will create a multi-billion dollar dynasty. 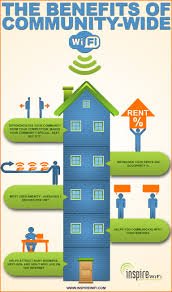 Lastly, the concept of disruptive innovation has yet to take hold of the wired community.  Even Google Fiber, which many laud as disruptive and innovative, is a far cry from where the industry needs to go.

In the early days of the Internet, cable and DSL providers loathed the idea of having broadband routers connect to Wi-Fi access points, especially in homes.  After the widespread adoption of the laptop computer, and then the smartphone, that concern quickly abated.

However, as the picture demonstrates, there are many opportunities, particularly in metropolitan areas, to provide equal or greater bandwidth to Internet-hungry consumers through shared modems.  Imagine an apartment complex where instead of 90 modems interfering with each other there were 9.  This is entirely possible today from a technical perspective (deciding who would regulate the service and how everyone would pay for it is a different matter).  One problem:  No traditional cable or telco would provide the service today.

If the regulatory bodies were to get involved in the broadband provisioning, monitoring and maintenace process (and they appear to be heading in that direction), why not use existing technologies to eliminate the concept of an individual subscription?  With multiple Gigabits per second to the neighborhood, an individual cable subscription would become a luxury.  A few strokes of the FCC pen outlawing sections of the Acceptable Use Policies (AUPs) of current broadband providers would open up a wealth of options.  Instead, the Commission focuses on restricting today’s outdated model.

We need this decade’s MCI, one who challenges the status quo and then uses regulations to complement their arguments.  Innovation will never eminate from bureaucracy, but they can open up holes to allow good ideas to see the light of day.

Disruptive innovation creates new industries.  Today’s wired community needs a dose of disruption.  Replacing the individual subscription model for broadband services is a good starting point.  Wireless service providers have started to pave the way with shared plans.  The time is ripe to apply this model on a much larger scale to communities where 100-200-500-1000 GB of monthly usage makes sense.

That’s it for the COMPTEL preview issue.  Next week, we’ll update numbers and forecasts in advance of Verizon and AT&T’s earnings announcements, and also cover Sprint’s massive layoff announcement.  Until then, if you have friends who would like to be added to The Sunday Brief, please have them drop a quick note to sundaybrief@gmail.com and we’ll subscribe them as soon as we can (and they can go to www.sundaybrief.com for the full archive).