The Value of a Good Value 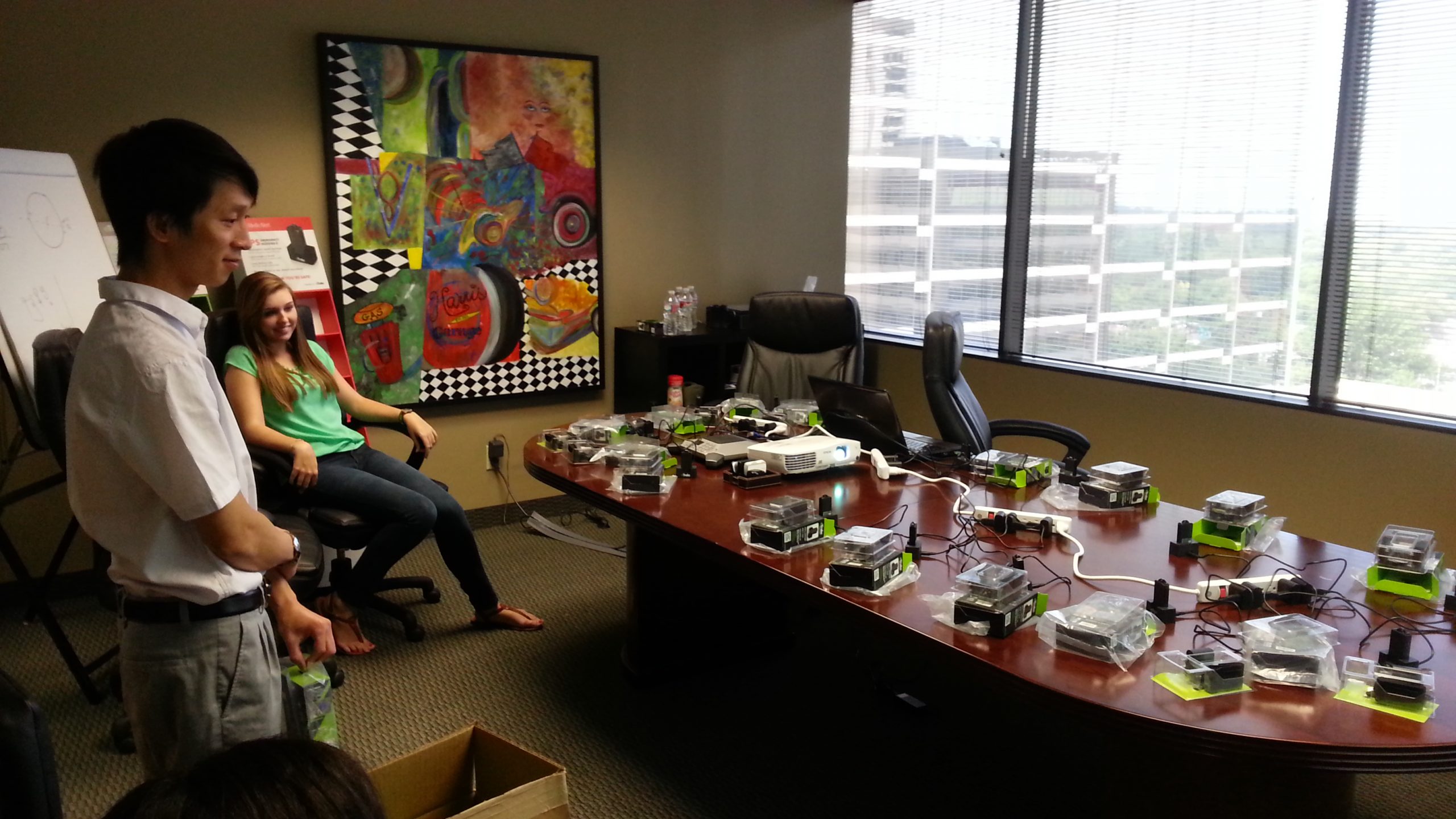 Greetings from soggy Atlanta, mild St. Louis, and red-hot Dallas.  I took this picture Friday morning to remind us all of the value of entrepreneurship.  eTrak, a PAG client, was in the process of readying a multiple hundred-site order, and had to move into the Board Room to finish up the process to hit the customer desired due date.  “These schools want our product badly,” said the eTrak President Bill Nardiello.  The excitement yet exhaustion of the team showed early Friday morning – it’s likely they were there through the night to meet the shipping deadline.

This is why Adam Smith classified entrepreneurship as one of the factors of production (along with land, labor and capital).  Someone has to take the first step.  In personal and commercial asset tracking, eTrak took the risk and is now beginning to reap the rewards.  Many of you are probably remembering a similar time in your business right now – and smiling.

I also led with the picture because we are discussing the value of a good value this week and the possible implications for AT&T.  Nowhere else was this more apparent than in Google’s launch of their Chromecast product (more on the product including a cool commercial here).  For those of you who missed the announcement and overall hoopla, Google offered Chromecast + three months of Netflix for $35.  The Netflix service could be applied to new or existing service.  Predictably, many current Netflix customers saw the device as an $11 computer-to-TV connection product as a result. 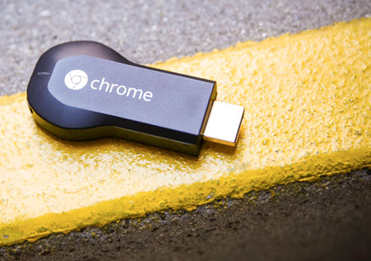 The results were astounding.  Amazon:  Out of Stock.  Best Buy:  Out of Stock.  Google Chrome Store:  Ships in 3-4 weeks.  The sellout happened in days (really hours), not weeks.  It happened after all of the Netflix promotional coupons had been used up, so most buyers were paying a full $35 for wireless/ cordless streaming.  It was kind of Black Friday meets mid-July doldrums.  We needed something (other than Windows RT clearance sales) to get excited about this summer, and Chromecast was it.

On top of this, Apple announced earnings this week.  If you read their conference call transcript (as well as that of Verizon Wireless), it’s very apparent that the iPhone4 (free with 2-year contract at Verizon, AT&T, and Sprint) is an important introductory product to new smartphone users.  While Apple focused their conference call comments on the value being generated abroad from the pre-paid/ no contract developing world (where 3G networks are the norm and LTE is emerging but not ubiquitous), it’s very evident that even in North America, the value of a good value (free iPhone 4 devices with a corresponding 2-yr contract) is very important. 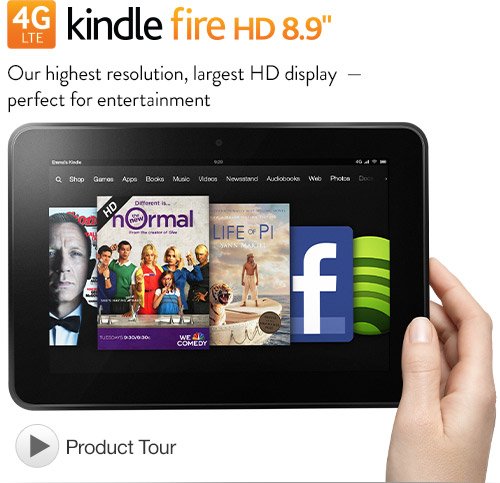 This concept is not new if you work for Amazon.  The Kindle and Whispernet products were based on the value of a good value mantra – just look at all of the price reductions that have occurred on the standard Kindle hardware product.  Amazon bundled the cost to the carrier to download a book into its price – this was a radical concept in 2007.  The carriers (Sprint and later AT&T) priced services to Amazon at a wholesale or per kilobyte level.  If the Kindle had to carry a separate MRC because of the wireless carriers’ historical bias to sell subscriptions, it would never have become the electronic reading standard.

The Amazon model has eluded tablets and laptops.  No one appears willing to take the risk and embed a wireless carrier chipset in every new Google Nexus 7 (a stunning device, BTW, and going on my wish list).  With the advent of shared plans, wouldn’t this be the time to try one embedded SKU?  Maybe with just an LTE as opposed to a 2G/3G/LTE integrated chipset?  Would the value of “free” carrier connectivity drive additional postpaid connections and shared plan usage?

With this lingering question, we turn to AT&T’s earnings which were announced Tuesday afternoon.  AT&T had a very good quarter with 551,000 postpaid net additions, with nearly 75% of that total being tablets.  In addition, they added 484,000 connected devices, the strongest showing since the end of 2011.  884,000 total net additions have no voice or text ARPU.

With the Sprint iDEN network turndown at its last (and heaviest) quarter, it’s highly probable that absent the iDEN network bluebird and tablet additions, AT&T would have posted negative postpaid net adds for the quarter:

Based on Verizon Wireless’ comments on the relative insignificance of iDEN to their retail postpaid gross adds picture, the 300,000 iDEN number is probably conservative.  In addition, AT&T made comments on the conference call that the second quarter was the “best ever” for business net additions.  Overall, it must have been a tough quarter for AT&T’s consumer smartphone business (particularly for the iPhone given T-Mobile’s April launch), even with an aggressive trade-in program that drove up customers under contract but drove down quarterly margins.

AT&T implemented the upgrade program with purpose, however.  The LTE network is robust but new (and therefore under-utilized).  Rather than run a “double your data” promotion, they chose to allow customers to upgrade their phones at discounted rates while they trade in their old smartphone to AT&T.  They did this prior to changing their handset upgrade parameters to 24 months (from 20).  As a result, there are millions of new customers who likely own an LTE-capable phone.  Assuming the customer uses exactly the same amount of data, AT&T will achieve $2.50-3.00 in additional profitability per Gigabyte consumed (and more if the upgrade triggered conversion to a shared data plan).

All of the benefits of these upgrades will be felt on a full quarter basis in Q3.  This will drive up ARPUs and profits.  It will also likely accelerate device attachment IF AT&T can create a compelling, Chromecast-like offer.  How can AT&T use their market leadership to realize extraordinary gains?

Start with the Kindle Fire HD.  We know from this week’s Amazon earnings that Kindle sales are good on a global basis, but could stand to be better in the US.  Leveraging the success of the smartphone trade-in program, why not have a Kindle trade-in program that allows all current Kindle owners to trade up to a new 3G (Kindle reader) or a 4G (Kindle Fire) version?  The Kindle Fire could then be added to a Mobile Share plan like a Samsung Note or an Apple iPad.  Or, if the customer is not an AT&T customer today, a $59 for 10GB annual plan could be offered.  Separating the Kindle/ AT&T relationship is less important than it was five years ago, and Amazon and AT&T could benefit from LTE’s ubiquity and speed.  It would also be an easy and cost effective way to allow customers to experience AT&T’s new network.  This low-cost, low execution risk opportunity is probably worth several hundred thousand retail postpaid conversions over the next six quarters.

After Kindle, move on to HotSpot adoption.  Google’s Chromecast success played to two deeply rooted needs: 1) The need to effortlessly connect to the television (“works every time” from YouTube to the TV), and 2) Frustration with the rising costs of content in the cable model.  Free(r) and easier access to shared web content on existing in-home devices is now possible with a one-time $35 purchase.  Other solutions exist, but not for $35.

AT&T has an even easier model – they have installed a valuable yet widely unused component in every one of their smartphones.  It’s called a HotSpot.  73% of AT&T’s postpaid base uses a smartphone, and 35% of them are using an LTE device (thanks to things like 2Q’s aggressive trade-in program). 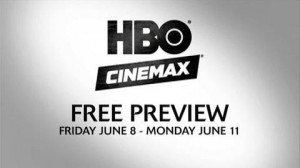 The HotSpot is a premium service, like HBO or Cinemax or MLB Extra Innings.  Why not have a “free weekend” for all (LTE) HotSpot customers?  This would certainly be a social media darling; would it be enough incentive to get the 40% or so of smartphone customers who don’t know how to activate an AT&T HotSpot off the couch and learning?  Bolder yet, what about in conjunction with U-Verse to increase service bundling (maybe HBO to go)?  The possibilities here are endless, and there’s no extra equipment to sell.  The data network is largely empty on the weekends (I have speed test history from my AT&T Samsung Galaxy SIII to prove it) and social (and traditional) media will market it for you.

Finally, AT&T needs to leverage the fiber-fed buildings that they are installing as a result of project VIP.  They announced that they would have 250,000 business locations covered by these buildings at the end of 2013.  This probably equates to 40,000 or so actual physical structures, or about 2x the current footprint of tw Telecom.  While strategic business revenues are on the rise (up more than 15% in the second quarter and an $8 billion annualized revenue stream), the rest of the business market is suffering.

With each VIP building added, AT&T achieves a lower unit cost and opens up the door to new integrated revenue opportunities.  Wireless coverage (including Wi-Fi) can immediately be addressed through deployment of in-building solutions.  Storage and backup solutions can be implemented which never leave the AT&T network (adding new meaning to the term “private” cloud).  Location-aware devices can be pinpointed to the room, and not within a large radius, for emergency management services.  And the quality of the video surveillance system – it would be best if you stayed away from these buildings as the cameras have 41-Megapixel quality.  VIP presents many opportunities to tap into latent business demand beyond faster speeds, provided customers are presented with the value of a good value.

Bringing Amazon devices into the AT&T Postpaid fold, driving HotSpot adoption through HBO-like Free (LTE) Weekends, and maniacal focus on the best possible customer experience (and AT&T market share) for each of the VIP fiber-fed buildings provides the basis for differentiation against Verizon.  It sets AT&T above the T-Mobile fray, and drives incremental value without changing pricing plans or new product development.  It also establishes AT&T as the price/ performance leader across wireless and wireline.

Positioned correctly, AT&T could drive the same hysteria as Google just accomplished with Chromecast and erase some of the past memories of network failures (worth watching this Daily Show link – caution: Daily Show language).  The components are there.  Will AT&T take the risk?  Stay tuned.

Next week, we’ll add Sprint earnings to the mix and see what that means for T-Mobile.  Until then, if you have friends who would like to be added to this email blog, please have them drop a quick note to sundaybrief@gmail.com and we’ll add them to the following week’s issue.  We will also be posting some additional analysis to the www.sundybrief.com blog site.  Have a terrific week!