The Sunday Brief:  The Top Ten Telecom Events of the Second Quarter

July greetings from Corolla NC (pictured), Louisville, Austin, St. Louis and Dallas.  As seen from the picture, we managed to skirt the worst of Hurricane Arthur and have a terrific Fourth of July.  This week we will forego commentary on the events of the week (although I was tempted to write about Blackberry’s recent attempt to be relevant with their square phone) to focus on ten events that have shaped the second quarter and will impact the rest of the year (for those of you who cannot locate the Top Ten for the first quarter, you can access the online version here).

Note:  This list is in chronological (and no other) order. 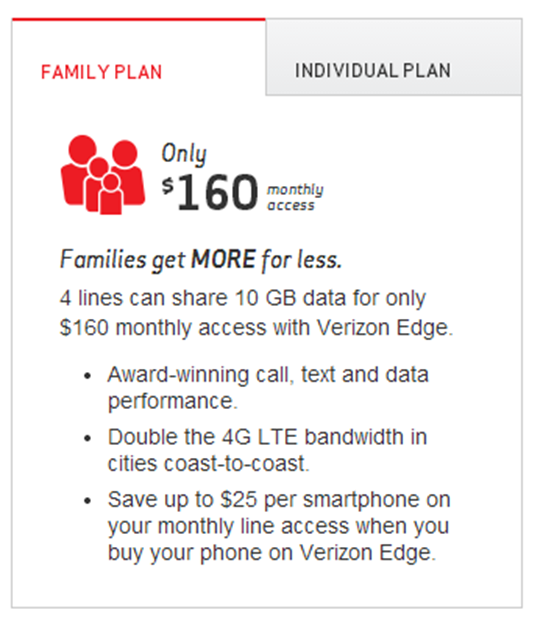 #1  April 1:  Verizon Matches AT&T’s Baseline Family Plan Offer.  In case you forgot, Verizon made headlines on April 1 when it announced that it was reducing the monthly pricing on their mid-tier family smartphone plans to $15 (this rate includes unlimited voice and text prices and excludes data).  This change allowed them to match AT&T’s offer of four lines with unlimited talk+text+10GB of data for $160.  Verizon announced later on in April that customers could add out of contract and non-subsidized (non-Verizon) devices to any MORE Everything plan.

Both of these improvements likely played a role in the preliminary results announced by Verizon this week (1.4 million postpaid retail net additions, including record tablet sales and net additions with both smartphones and non-smartphones; “very good” churn).  Full commentary on VZ earnings can be seen in this CNBC interview here and here.

#2  Starting April 9 (and continuing June 18):  T-Mobile’s “Three Days” and June Test Drive/ Music Freedom Announcements.  T-Mobile had every right to take a break from market-leading announcements in the second quarter.  After all, it had a significant increase in postpaid net additions in Q1 (1.3 million postpaid and 465,000 branded prepaid) and could live off January’s ETF promotions for awhile.  But they were back at it early in April with three significant announcements:  a) A new $40 monthly plan called Simple Starter, b) Reduced pricing on carrier radio-equipped devices called Operation Tablet Freedom, and c) a commitment to no overages in any retail plan (only throttling).

Simple Starter was likely a pre-emptive move against the new Cricket (see below.  As a reminder, the FCC approved AT&T’s acquisition of Leap on March 13 and Simple Starter was announced April 9).  Both offer $40 price points, and both throttle after their LTE allotment has been used.  However, Simple Choice is eligible for Contract Freedom, T-Mobile’s ETF buyout offer.

Not satisfied with their Three Day success, T-Mobile launched two substantial acquisition and loyalty initiatives on June 18.  The first allows customers to field test a new iPhone 5s for a week for free (subject to a $700 hold on a credit card).  This move sparked (pun intended) Sprint’s 30-day money back guarantee offer on June 23. 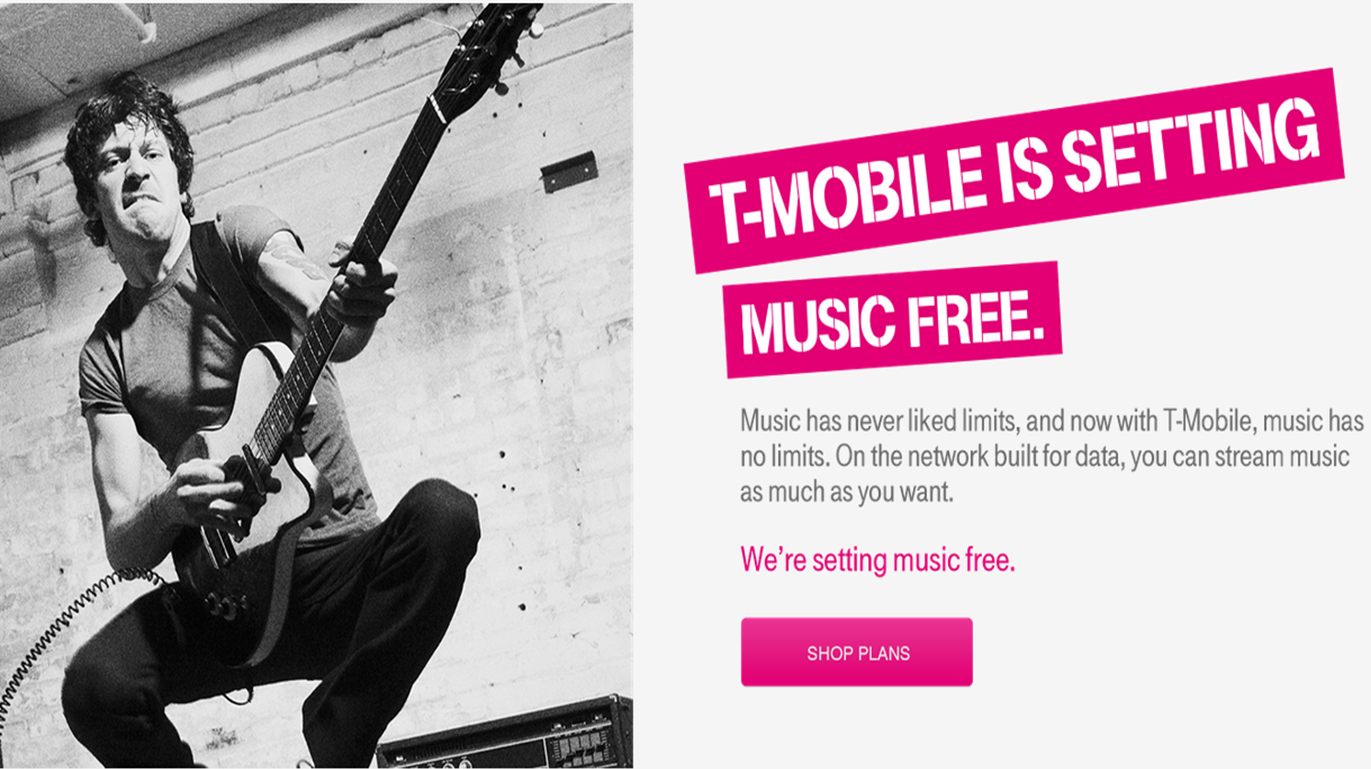 The second part of T-Mobile’s June announcement was the most brilliant loyalty play I have seen this year.  All Simple Choice customers (new and existing) now enjoy free streaming music.  More to come on this, but this may keep churn low for many months to come (and, if net neutrality measures allow T-Mobile to charge third party music providers for access, might end up being very profitable for T-Mobile over the next decade).  More on this loyalty play here and in an upcoming Sunday Brief.

#3  May 15: The FCC Open Hearing on Net Neutrality, 600 MHz Auction Rules, and Spectrum Screens.  When we wrote about this in May, the term “commercially reasonable” surfaced as perhaps the most important definition of the summer/ year/ decade.  It’s still the critical term to the debate, and one which cable and telecom providers cringe at providing (see #4 below – the DirecTV acquisition might be necessary to allow AT&T to fulfill the promise of a materially different experience for a Netflix fast lane).

According to Tom Wheeler’s tweets this week, the FCC has received more than 647,000 comments on the May proposals, with a deadline of July 15.  Look for some indication on the FCC’s movement on this issue (including possible classification of all cable companies as utilities) in August.

#4 (Tie)  May 18:  AT&T Announces It’s Acquiring DirecTV.  After months of rumors (and against the backdrop of the FCC approving Comcast’s acquisition of Time Warner Cable), AT&T announced that it would buy DirecTV in a $67 billion transaction ($48.5 billion of equity, $18.6 billion of debt).  With this acquisition, AT&T gets NFL content (a key component of the deal), additional domestic and international scale to use in retransmission negotiations, and a strong management team.  Most importantly, the U-Verse network can now be used for data (which is what it was designed to do best).

Will the DirecTV acquisition cure all of AT&T’s wireline ills?  No, but in a telco-centric environment, the greatest asset for AT&T might be it’s professional, growth-oriented, customer-focused yet counter-cultural work environment.  This may be the largest “Acqui-Hire” in business history. 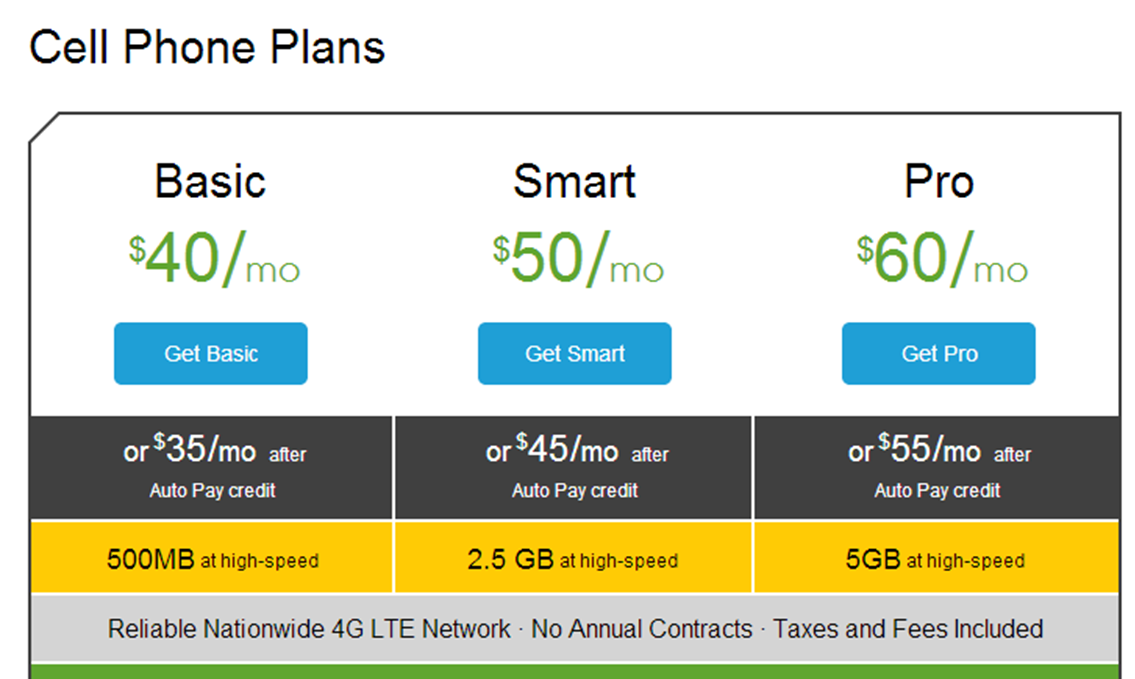 #4 (Tie)  May 18:  Aio Wireless Dies – Cricket Wireless Takes Over.  While there will only be six weeks of activity to report on in AT&T’s second quarter report, they have made a big commitment to Cricket with improved coverage, pricing, and service.   Cricket’s current rate card is pictured.

With taxes and fees included, $5 per month discount for automatic payments, and bandwidth upgrde options (which use AT&T’s LTE Network), Cricket’s options are a compelling alternative to T-Mobile/ MetroPCS.

It will be interesting to hear a) How many new customers (hopefully not from AT&T retail) have been attracted to AT&T with the new Cricket, and b) how many former Cricket customers returned to retry over the AT&T network.

#7  June 16 (tie): Sprint Announces Roaming Agreements Covering an Additional 34 Million People.  One of the biggest disadvantages Sprint has over Verizon and AT&T is LTE coverage.  With AT&T closing in on 290 million population covered, and Verizon already into their second upgrade with their XLTE initiative, Sprint turned to many of their previous rural roaming partners for help on LTE.

As a result, Sprint was able to announce roaming agreements with SouthernLink (18 million POPs), nTelos (6.1 million), cSpire (5.5 million), Flat Wireless (2.1 million) and eight other providers.  No word yet on how and when the roaming agreements will be complete, but they will likely play a critical role in Sprint’s launch of Voice over LTE (VoLTE) services.  This should also be a large help with enterprise customers who need better coverage in more remote parts of the US.

#8  June 16 (tie): Level3’s Acquisition of tw telecom for $7.3 billion.  One of the great comeback stories of the past two years has been Level3.  Lots of hard work and operational focus have allowed it to grow profitability and, as a result, the stock has more than doubled over the past year (see chart for performance versus tw telecom).  It’s hard to imagine five years ago discussing Level3 making a strategic transaction like acquiring tw telecom with stock (76% of the tw telecom deal value is in LVLT stock).  However, that’s exactly what they announced in June.  More details in this presentation.

Wireline may be boring, but to enterprise and carrier customers who depend on Level3’s network for cost-competitive access, the combined company is critical.  Tw telecom brings 21,800 on-net US buildings (and 500 data centers) across 76 markets to the equation.  They also bring a lot of enterprise customers.  This could be a terrific springboard to a small cell partnership with T-Mobile or Sprint (If I were at AT&T or Verizon, I’d have this on my “watch list”).

#9 June 18:  Amazon Launches the Fire Phone (exclusively over AT&T).  When the phone was launched (see the full video of the launch event here), we wrote extensively about its innovative features and benefits.  Firefly could very well change how we shop, and using cross promotion with Amazon Prime customers was a brilliant marketing move.  That was a full two weeks ago – since then we have had a major launch of the LG G3, Samsung announcing lackluster 2Q earnings, and Apple followers fanning the feature set flames of the iPhone 6.

The Fire Phone is a critically important development in the telecom world.  However, launching anything exclusively (regardless of one’s thoughts of AT&T’s network performance) is so “last decade.”  Amazon needs to be prepared to launch semi-annual updates of market leading features and functionality.  It remains to be seen if they are ready to play at this level against Apple and Google.

#10  June 25: Google’s Introduction of the Android One Reference Design Platform.   We briefly referenced this initiative in the last Sunday Brief.  Android One allows developing country smartphone manufacturers to design their products to a defined set of specifications optimized for each Android release.  As Google showed off at I/O, this will enable India (850 million mobile users and growing) and other developing markets to launch sub-$100 devices.  We’ll take a deeper dive into this as some of the devices launch, but Google’s coordination to drive a better user experience deserves a Top Ten spot.

I am sure I missed one or two events that were on your second quarter list.  Send me your thoughts and I’ll include in next week’s SB, along with a synopsis of the recent telecom presentations and first batch of tech industry earnings.  If you have friends who would like to be added to The Sunday Brief, please have them drop a quick note to sundaybrief@gmail.com and we’ll subscribe them as soon as we can (and they can go to www.sundaybrief.com for the full archive).