The Sunday Brief: The State of Wireline through the CenturyLink Lens 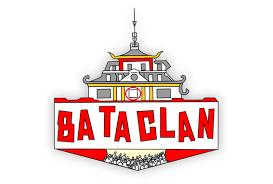 Somber November greetings from Austin and Dallas.  Our hearts go out to all Parisians affected by Friday’s attacks.  Regular readers of this column know that I am a frequent traveler to the “City of Lights” and as a result the images have been personally shocking.  We hope and pray that the city will recover and that the terrorist perpetrators will quickly be apprehended and brought to justice.

On a brighter note, several of you sent me messages on Saturday asking about the outcome of Friday’s Jesuit College Prep high school football playoff game.  The Rangers defeated Mesquite Horn 42-21 in an exciting match that featured a goal line stance (by Horn) and a 96-yard interception for a touchdown (by Jesuit) in the first half.  The high school playoff scene in Texas is unique and accelerates with each advancement.  On to Rockwall next Friday!

This week, we are focusing on the state of wireline connectivity through the lens of one of the largest US providers, CenturyLink.  We’ll also provide some initial thoughts on T-Mobile’s inclusion of video streaming services in the majority of their plans.

Fran Shammo was interviewed this week by Jennifer Fritzsche from Wells Fargo Securities as a part of Wells Fargo’s annual Technology, Media & Telecom Conference (transcript here).  Fran spoke on a wide range of topics and reiterated many of the same points covered on Verizon’s third quarter earnings call.

When discussion came to the possible sale of data center assets, Fran was extremely succinct in his response:

I think these are the same reporters and bankers who keep telling me I’m going to buy Dish. They are factless, they are conjecture, they are speculative, and there’s no foundation behind these comments. So the question I kind of wonder about is are our competitors trying to get the enterprise customer a little antsy about Verizon and their continued support? I think we’ve shown it. This is part of our portfolio and we will continue to support our enterprise customers. These rumors and speculative information is just ridiculous, so there’s really no comment to make beyond that.

Fran also went on to talk about capital spending, stating that there would be a higher allocation of wireless spending in next year’s $17.5-$18.0 billion range (which he reiterated would be closer to $17.5 billion due to the divestiture of FiOS assets to Frontier in California, Florida, and Texas).  He also indicated that enterprise wireline (data center) growth would be organic in nature and customer driven (Verizon is already spending several hundred millions of dollars per year).

Having tracked Fran’s comments for six years, there are several things to read into both his comments above and throughout the transcript as it relates to wirleine.  First, Verizon clearly sees growth in areas of wireline, and they are attempting (through a tough stand in union negotiations) to make the case for a  concentrated and scalable cost structure.  This is the only way they believe that they can right the share-of-decisions ship against cable.

Second, Verizon is walking a pricing tightrope – they need to find the optimal price point to maximize profitability.  As many economics majors know, being a 42% (Verizon FiOS Internet share; video is lower at 36%) participant in a duopolistic structure might be the best mix that they can achieve in their FiOS regions.  That is, until Comcast, Time Warner, and Cablevision begin to challenge their postpaid wireless business.  Then all bets are off.  More on this topic in December, but it appears that Verizon has some capital/cash flow opportunities in wireline which they could use to improve the deteriorating enterprise situation that we documented last week. 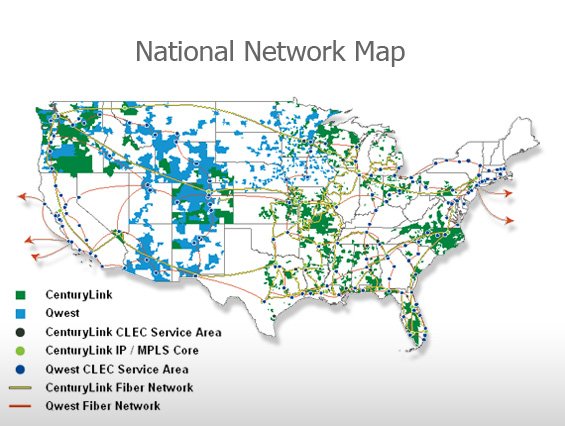 CenturyLink (CTL) announced earnings on November 4.  For those of you who are not familiar with the company and its transformation, CTL started their most recent phase of inorganic growth in 2008 with the acquisition of Embarq Communications (EQ was a spinoff of Sprint’s local telephone operations).  In 2010, CenturyLink acquired Qwest Communications, yielding today’s national foorprint (see nearby network map), and followed that up with the acquisition of cloud and data center provider Savvis Communications in 2011.

From these mergers came a lot of integration activity.  Savvis became CenturyLink Technology Solutions in 2014, and was later folded under the CenturyLink Business organization in 2015 (note: unlike Verizon, the topic of last week’s Sunday Brief, CenturyLink appears to be holding their own on the Gartner ratings – for more information see here).  Qwest, Embarq, and legacy CenturyTel continued to streamline and centralize operations, and in 2014 CTL began a more aggressive expansion of its Gigabit-capable Passive Optical Network to better compete with cable High Speed Internet solutions.

CenturyLink’s earnings were driven by several dynamics which are not unique to many of the US wirleine providers:

All of these things came to fruition in the latest earnings report.  On the CenturyLink Business front, strategic revenues have actually fallen by 0.7% over the last eight quarters (overall revenues have fallen 5.9%), while costs of service have risen 1.8% (more here – see pages 9 and 11).

The Consumer business is a lot better thanks to GPON and Prism (driving strategic revenues up 11.7% over last eight quarters).  Overall Consumer revenues are essentially flat, however (0.9% growth over the past eight quarters), and costs are rising thanks to programming and labor increases (up 2.0%).  A better story than the Business segment, but lots of room for improvement.

To resume mid-single digit growth, more capital is needed for GPON and Prism deployments.  While the company has deployed Fiber to the Premise solutions to 490,000 businesses, there are needs for at least another 200,000 builds.  The same capital need exists as CenturyLink expands from their 780,000 residential footprint.

This capital fight is going on across the traditional wireline provider community as cable continues their march to Gigabit speeds with the introduction of DOCSIS 3.1 (see Cox’s September announcement here). 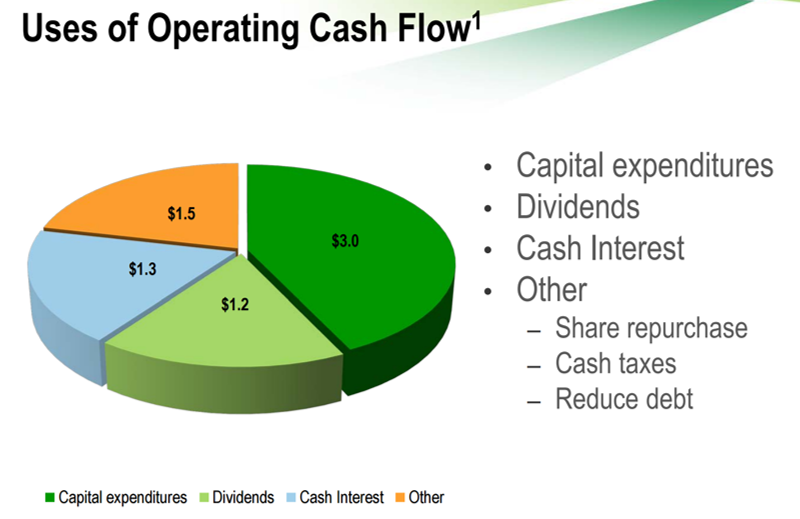 Look at the nearby chart which outlines CenturyLink’s actual uses of operating cash flow in 2014.  Capital expenditures of $3 billion equated to 16.7% of total operating revenues, a figure that would be fine for most cable companies (Comcast’s 2014 cable segment capital spending was in the 16-17% range), but for cable and collocation (especially in the growth stage that CenturyLink is currently in), the figure should be higher (~$3.6 billion if CyrusOne’s cap ex to revenues ratio is used).

This is why CenturyLink’s strategic assessment of their 58 collocation centers makes a lot of sense.  The capital intensity per dollar of revenue compared to traditional (or even new) network spending is close to 3x.  The dividend from competitors is lower than CenturyLink’s current yield (CyrusOne = 3.39%; Equinix = 2.51%; DuPont Fabros = 6.29%; Rackspace does not pay a dividend).  And network spending needs to increase to ensure the value of the local exchange franchises remains intact.  Provided that they can work a deal that allows more capital and time to be spent on value-adding data analytics service companies that they have bought, a partial monetization of this asset makes a lot of sense for shareholders and customers. 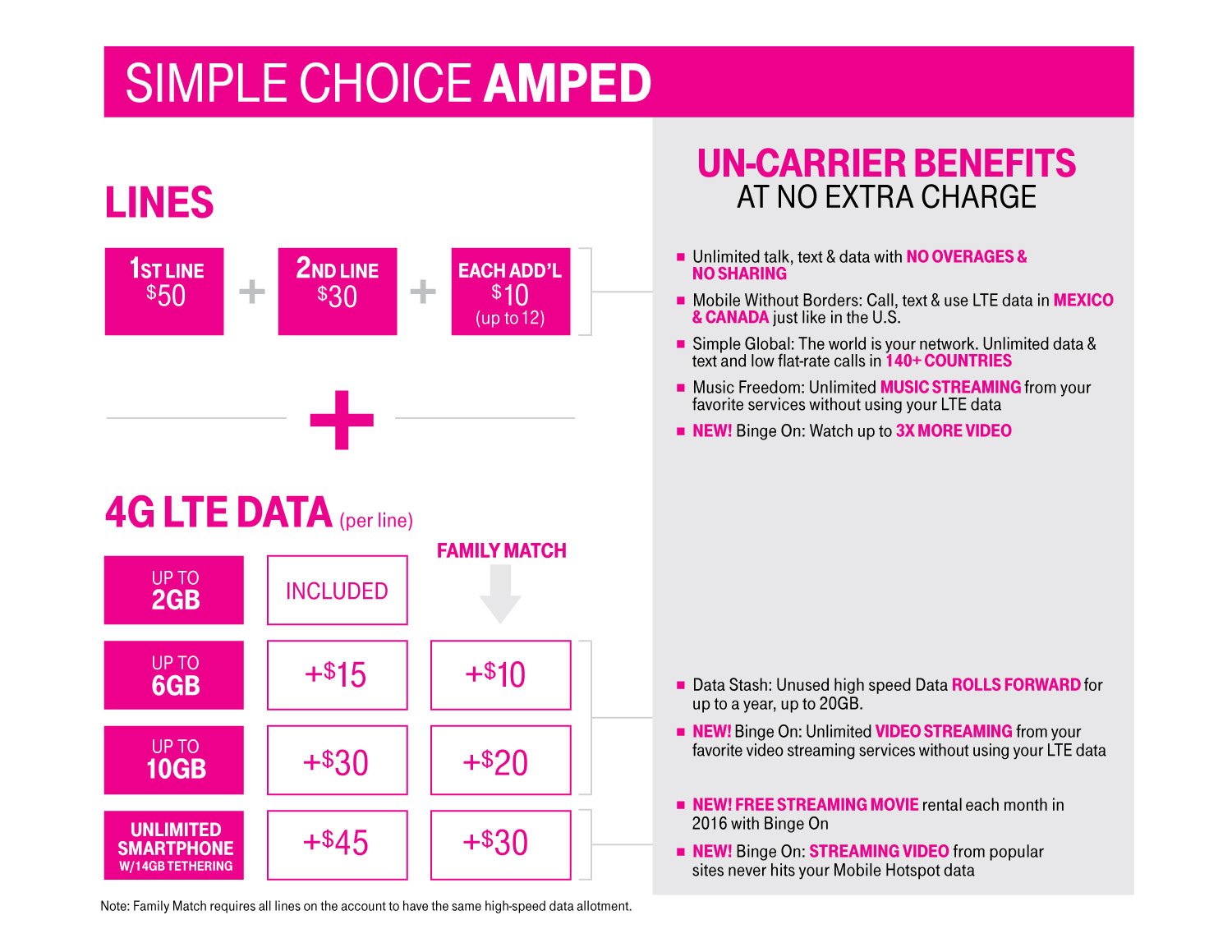 here).  Binge compresses the video feed to 480p speeds which is probably good enough for all but the highest-end smartphones (with 5.5” or larger screens).

Both Sprint and AT&T were quick to question T-Mobile’s network capabilities and overall business model at the Wells Fargo industry conference (more from this FierceWirless article).  Sprint CFO Robbiati’s prediction that “the hangover will come” was the headline – if it doesn’t, Sprint’s subscriber growth will most certainly dip back into negative territory.

Network armageddon is unlikely unless large amounts of customers are simultaneously accessing Netflix or Hulu from the same cellsite.  Even then, it would need to be a disproportional increase (which would correspond to supernormal subscriber growth) to materially impact overall service quality.  The likelihood that issues will emerge in a particular market (e.g., New Orleans where T-Mobile has a low RootMetrics raing) are higher, but the chances of this happening systemwide are remote.  We’ll include more on Binge On after trying it out firsthand, but it’s very unlikely that the service quality is going to inhibit service adoption.  Explaining to customers that T-Mobile will not be able to control service quality in a Wi-Fi environment, and removing the “10 GB for all” and “Two for $100 unlimited” offers are likely to be more concerning to customers.

Net-net, T-Mobile stole the show for the fourth quarter with Binge On.  They will likely affect cord-cutting with their Sling $14/ month promotion, and every other carrier (but particularly Sprint) has to respond to their video-centric pricing structure.  This is not a promotion, but a strategic necessity for the #3 provider.  It just happens to also be one that will super-size their postpaid customer base and raise ARPU.

Next week, we’ll comb through the remaining third quarter reports for additional insights.  Until then, please invite one of your colleagues to become a regular Sunday Brief reader by having them drop a quick note to sundaybrief@gmail.com. We’ll subscribe them as soon as we can (and they can go to www.sundaybrief.com for the full archive).  Thanks again for your readership, and Go Jesuit Rangers!