The Sunday Brief – Apple + IBM: A Hand in Glove Fit? 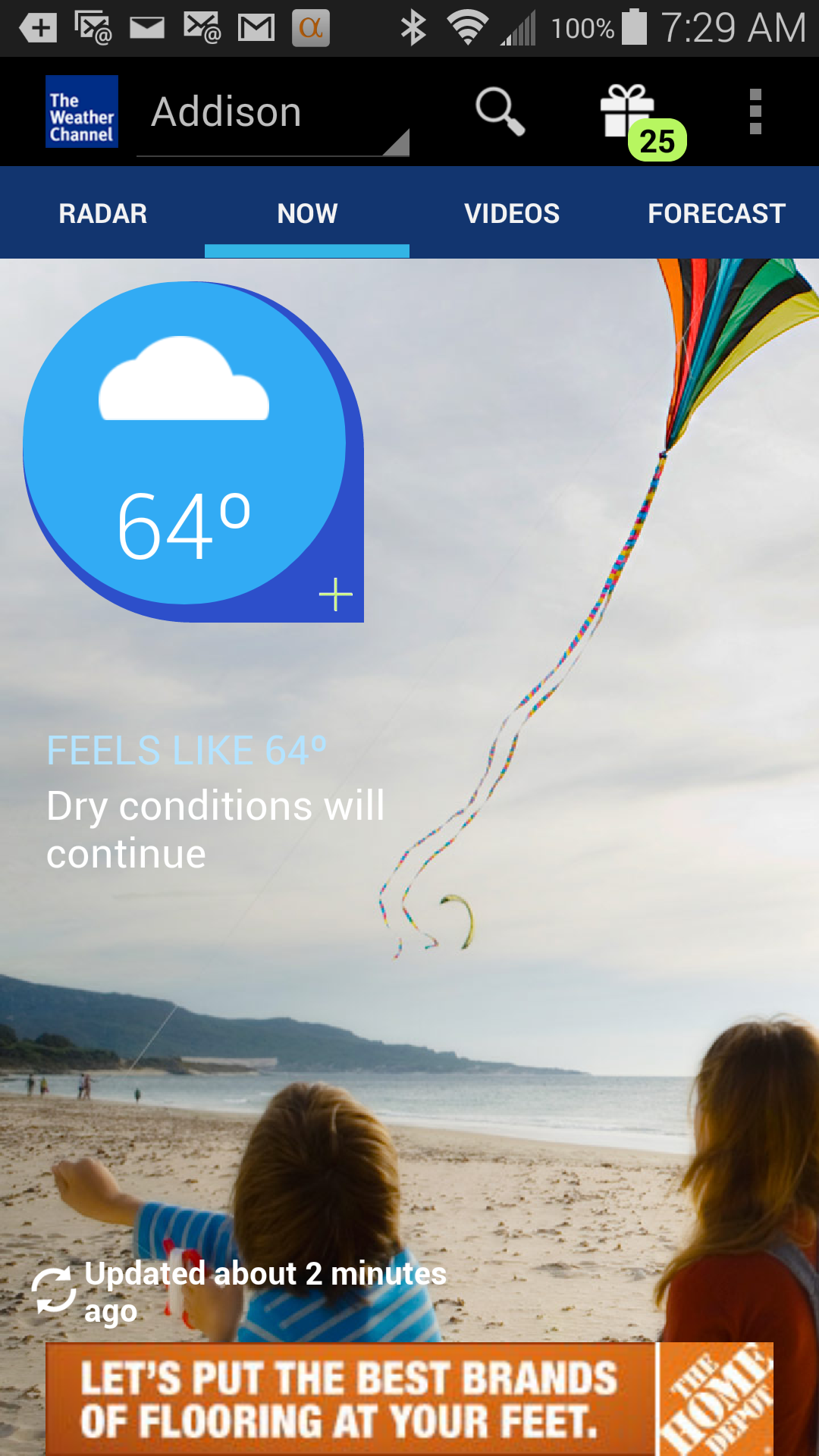 July greetings from unseasonably cool and rainy Austin and Dallas, Texas.  This week the weather people in Texas introduced a new term:  a new “low high.”  We set two of them this week in Big D on Thursday and Friday, after posting the first 100 degree days of the summer on Sunday and Monday (this week’s Dallas weather mirrors the volatility within the telecom industry).

This week, we’ll touch on changes going on at Microsoft and Google, as well as the big Apple + IBM announcement.

Hurricane Nadella Hits Redmond (and other sites around the globe)

One of the Top Ten events of the first quarter was the naming of Satya Nadella as Microsoft’s CEO.  With the precision that belies his engineering background, he laid out three specific objectives for the mobile-first and cloud-first world in a memo to employees on July 10:

We will create more natural human-computing interfaces that empower all individuals. We will develop and deploy secure platforms and infrastructure that enable all industries. And we will strike the right balance between using data to create intelligent, personal experiences, while maintaining security and privacy. By doing all of this, we will have the broadest impact.

The full strategy memo can be found here.  It’s an inspiring yet daunting task ahead for Microsoft, and on Thursday thay made an additional announcement:  18,000 layoffs including 12,500 from the recently acquired Nokia unit (per their news release outlining the close of the transaction, this would represent 50% of the transferred employees).  The changes include consolidating feature and smartphone units, and closing or significantly ramping down facilities in Beijing, San Diego, Komaron (Hungary) and Oulu (Finland).

The layoffs are not severe for the core business unit.  Microsoft had 99,000+ employees prior to adding the Nokia unit, so 5,500 is only slightly higher than Microsoft’s natural churn.  But the expectations for the core unit are great, and the cultural changes outlined in Nadella’s strategy memo will take months to implement.  On Tuesday, look for Microsoft earnings to tell two different stories – one of transformational growth (cloud, enterprise units) and the other of quick change required (handsets, mobile).

The economics of a fiber network today are clearly much cheaper than they were say a decade ago. There have been a lot of improvements in cost reductions and technology components all through the fiber network, but also in the way we build it… I just want to remind everyone that, an important part of our strategy is actually to build the demand. So, unlike the typical overbuilder, actually we have a very different kind of business model and thesis for that. And we do work closely with each city to streamline the process that keeps again the cost of construction way down…we are working with 34 cities, separate cities with a kind of completed checklist of items to help us prepare for the next kind of wave of our construction project. And we’re going to be basically, they are in the last rows of finishing these checklists and its coming back with us. Over the coming months we’ll actually be going through all of the details with them, whether it would be right of way or permitting or otherwise, and that’s what we’re going to use to make decisions as to how broad a program will have. We expect that to kind of give an update between now and the end of the year as the information comes along.

A deliberate, demand-driven strategy that will likely make AT&T’s GigaPower deployments look like the real jackrabbit.  From these comments, one has to wonder if Google is now seeing the reality of being a local facilities-based provider.  Running trucks to homes is a different business than running servers in a data center or developing software.  While both involve direct customer interaction, there’s a different response required (today) when ESPN is unavailable on a 70 inch television screen vs Google Play availability on a tablet or smartphone.

One also has to ask if the brand and reputation hit to Google is too severe to pull back at this point.  For example, in Provo, Utah, Google has just extended the signup period to September 20 (more details here – yes, for a $30 one time fee customers can get free (5Mbps down/ 1 Mbps up) Internet for seven years!).  What if 90% of the targeted demand emerges?  Or 70%?  Can Google pull out?

Apple + IBM:  A Hand In Glove Fit for Corporations?

Many times when partnerships are announced between two companies at the end of a quarter, I think it’s a diversion – a Megacorporate Jedi mind trick.  My first reaction to the announcement (see press release here) was skeptical.   But as I dug into the details, this may turn out to be one of those unlikely “We need each other moments” in the tech world that makes perfect sense.

The relationship has four specific components (directly from the announcement): 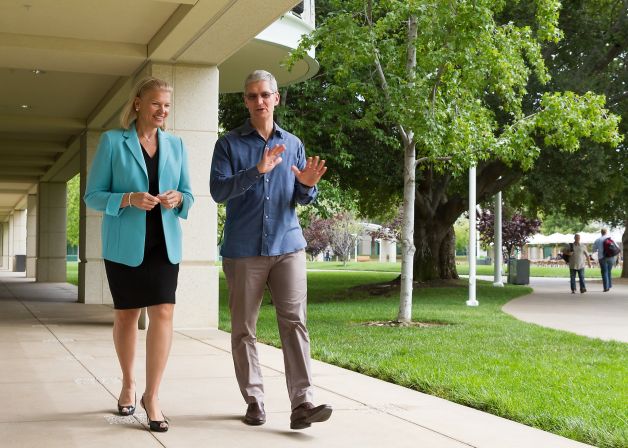 From Apple’s perspective, it vaults them from providing market-leading devices and software into providing market-leading solutions.  Apple really did not need a reputation boost in corporate Board Rooms, but they needed a server/ mainframe/ services partner to bridge the transition from premise to centralized computing solutions.  Apple also needed greater core analytical capabilities (although they already have a start  with the 2010 acquisition of AdMob Quattro.  See a good evaluation of Apple’s ad capabilities and development needs here).

Without a doubt, an enterprise partner like IBM will help sell more iPads and iPhones.  Having IBM as an application developer for specific opportunities will have a direct effect on the direction of iOS (their security capabilities will be second to none).  But the key product of this relationship for Apple is a better understanding of how all Apple users (not just businesses) consume information.  Combined with the Beats acquisition earlier in the summer, a free streaming model with precise/ pinpoint ads could be rendered.

IBM gets to hang out with the popular kids.  Face it, Big Blue has had a lot of troubles recently retaining their reputation for invention and innovation.  They did not invent SoftLayer – they had to buy them in 2013 for $2 billion (see here for the verdict on the acquisition one year later from Information Week).  Silicon Valley start-ups are more concerned about IBM’s patent attorneys than they are interested in their analytical engine (appropriately called Watson).  Their current grip on corporate services is loosening with the transition to the cloud.  (More on IBM’s troubles in this lengthy BusinessWeek article, and the nearby 2-yr stock performance chart illustrates their shareholder woes).  IBM needed the best innovation partner possible, and Apple was a “hand in glove” fit.

Large corporate customers frequently came to IBM asking for “end-to-end mobility” solutions that provided security and scalability across the globe.  With wireless bandwidth increasing at a precipitous rate, solutions need to work wherever data could be accessed.  IBM now has the ability to embed its security applications within iOS which could produce a competitive advantage against Windows and Android.  On top of IBM’s experience with data management, Apple brings acquisitions like AlgoTrim to the table who can help improve end-to-end data/ video to corporate customers.

Finally, IBM has a corporate-focused services unit.  As Daniel Dilger describes in his assessment of the partnership, “IBM is providing all the things Apple hasn’t ever been very good at or shown much interest in doing itself, from selling consultation and support services, to building and maintaining server infrastructure and custom apps for clients. That includes enhancing AppleCare for enterprise users with “on-site service delivered by IBM.”  Compatibility with minimal overlap is a recipe for a successful partnership.  Making it all seem coordinated to corporate customers is the challenge.

Interestingly, the agreement is exclusive.  Since no other descriptions were given, it’s likely a mutually exclusive partnership, meaning that IBM cannot have a similar relationship with Microsoft and Apple cannot have the same relationship with Hewlett Packard.  If this is the case, who would HP likely work with?  Could an HP/ Verizon (Terremark)/ Google (and maybe Samsung) alliance be far behind?  Where does this leave AT&T, and, more importantly, where could this leave Sprint and its shrinking Corporate Liable revenues – with or without T-Mobile?

The results of an Apple + IBM partnership should start to be seen this year.  With cloud applications at the forefront, expect to see Google, HP, Accenture, Blackberry, Microsoft and perhaps Cisco respond quickly with alliances of their own.  As to Amazon’s next move, expect it to continue to challenge IBM at every turn.

On Tuesday Verizon kicks off the earnings parade, with AT&T following on Wednesday.  There will be lots to report next week.  If you have friends who would like to be added to The Sunday Brief, please have them drop a quick note to sundaybrief@gmail.com and we’ll subscribe them as soon as we can (and they can go to www.sundaybrief.com for the full archive).