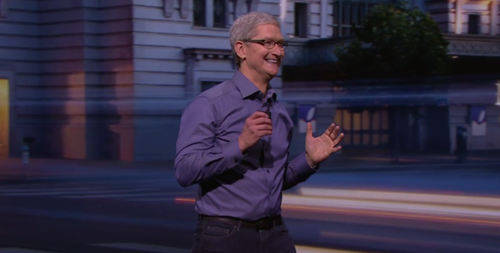 Labor Day and early September greetings from Austin and Dallas.  Because of upcoming non-stop travel over the next two months, I took a hall pass from this year’s CTIA Super Mobility show.  There was plenty of news, however,  from Verizon’s announcement of its 5G strategy and establishment of 2016 testbeds (more here), to AT&T’s announcement to equip Jaguar Land Rover North American vehiches with their LTE technology (more here), to Sprint’s continuing saga with AT&T/ DirecTV concerning Sprint’s ability to advertise a standalone (and potentially free) wireless service to existing satellite subscribers (more here).  Also, if you want to check out the latest in M2M developments, the Sequans team (disclosure: I am a Board member) had several great announcements at the show including this one with T-Mobile.

The iPad Pro:  Is Bigger Better?

First up:  Apple’s largest tablet to date – the IPad Pro.  Its introduction expands the addressable market for more complex and intricate enterprise applications (Apple demonstrated Microsoft PowerPoint – a bold move since many of us were asking the question “How does this compare to the Surface Pro 3?” during the Apple unveiling – see 33:26 in the attached Apple video for Microsoft’s demo).

No doubt about it – the Apple iPad Pro is going to cause many current Mac users to think twice about the frequency of their laptop (versus tablet) upgrade.  With price points converging with Apple’s own laptops (an iPad Pro with 128 GB, Apple Pencil, and a very Smart Keyboard cover keyboard will set you back $1,348; a 13 inch MacBook Pro with Retina Display will set you back $1,299 and is only 1.5 pounds heavier – see full comparison here) Apple may have created the Mac’s biggest challenger.

This brings us to the Apple Pencil.  As late as 2010, Steve Jobs made the comment that “if you see a stylus, they blew it.”  The Apple Pencil is far more than what was envisioned as a stylus in 2010, and it’s introduction is certianly going to be intriguing to many who use a stylus today. Apple faces competition from Wacom, the established market leader in pen-based tablets (more on Wacom here and price points on Amazon here).

I was watching the video of the Apple Pencil here and could not help but be amused by the trademark Apple marketing spin.  Here’s Jony Ives’ narration that accompanies the video:

Touch, of course, is the primary method of interaction with iPad.  To enhance what’s possible with Multi-Touch, and to allow for a new level of precision with iPad Pro, we’ve designed Apple Pencil.  This began by reenginering the touch system of the display to measure both finger and stylus input on the same plane with optimal accuracy… Highly responsive sensors built in to the tip of the Apple Pencil work with the iPad Pro display to detect precision, force, and tilt.  With force data, you can press lightly to get a thin stroke or press harder to get a darker, bolder stroke.  Signals emitted from two locations in the tip calculate the angle and orientation to produce broad or shaded strokes.  It’s uniue tip signature allows it to be used simultaneously with your finger.  And with incredibly low latency, it has responsiveness that feels like a true writing or drawing instrument.

I truly felt after watching this video that I could recreate Michelangelo’s Last Supper with Apple’s latest accessory.  Without a doubt, there are going to be those who will truly appreciate its features (see this Engadget article on the initial reactions from illustrators and designers), but will a super stylus really accelerate demand?

Based on Wednesday’s presentation, I am less optimistic that Apple has a hit from iPad Pro than I have been about previous iPad introductions.  It’s a beautiful piece of electronics, but I am confused about its target audience and use case.  Is it a laptop replacement for enterprises (bad for Mac sales)?  Is it a Wacom replacement for illustrators and designers (which may involve software changes)?  Is it an expensive way to watch Netflix (four speakers and video demonstrations indicate that this was a contemplated use)?  Or will a new multi-screen, stylus-dependent, large-screen required application that has not been invented drive adoption (and why would someone develop this application solely for the iPad Pro and not also Mac OS X)? 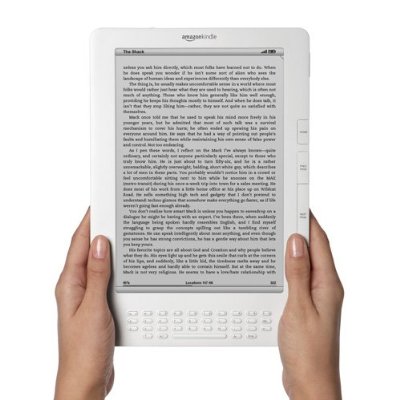 I am definitely jaded by the introduction (and re-introduction) of the Amazon Kindle DX.  It was a tablet that admittedly did not have iOS and the App Store.  Despite aggressive marketing, few could justify the price as the smaller versions more than met the clarity and speed requirements of the masses.  Amazon even tried to resurrect the device in 2013 as consumers warmed up to larger tablets, but to no avail.  In my opinion, the real headline is not the iPad Pro, but the increased functionality and attractive pricing of the Apple iPad Mini 4.   It’s a one-handed, stylus-free version packing an A8 chip, super high pixels per inch (ppi), and all of the camera you will (or should) ever need for a tablet.  For those of you who doubt this assessment, look at the side-by-side comparison here and help me understand why bigger is better (especially versus a Mac upgrade)?

Bottom line:  The iPad Pro is bigger, but not necessarily better for Apple.  A $99 stylus has limited segment application, and the iPad Mini 4 will have a far greater impact on Apple’s volumes until the development community can design applications that take full advantage of the iPad Pro’s features/ functionality.

Apple’s event was capped off by their announcement of the iPhone 6S and 6S Plus (the narrative starts at about 1:23 in the video).  Typically, the “S” (or, in the case of the Apple 5 series, the “C” and the “S”) releases build on the capabilities of the previous (major) release.  For example, with the Apple 5s and 5c release, there were questions about whether new price points, plastics, colors, processors and fingerprint scanners would boost sales (more in this Sunday Brief article from the archives).    As a result, industry and Wall Street analysts fret about the “S effect.” 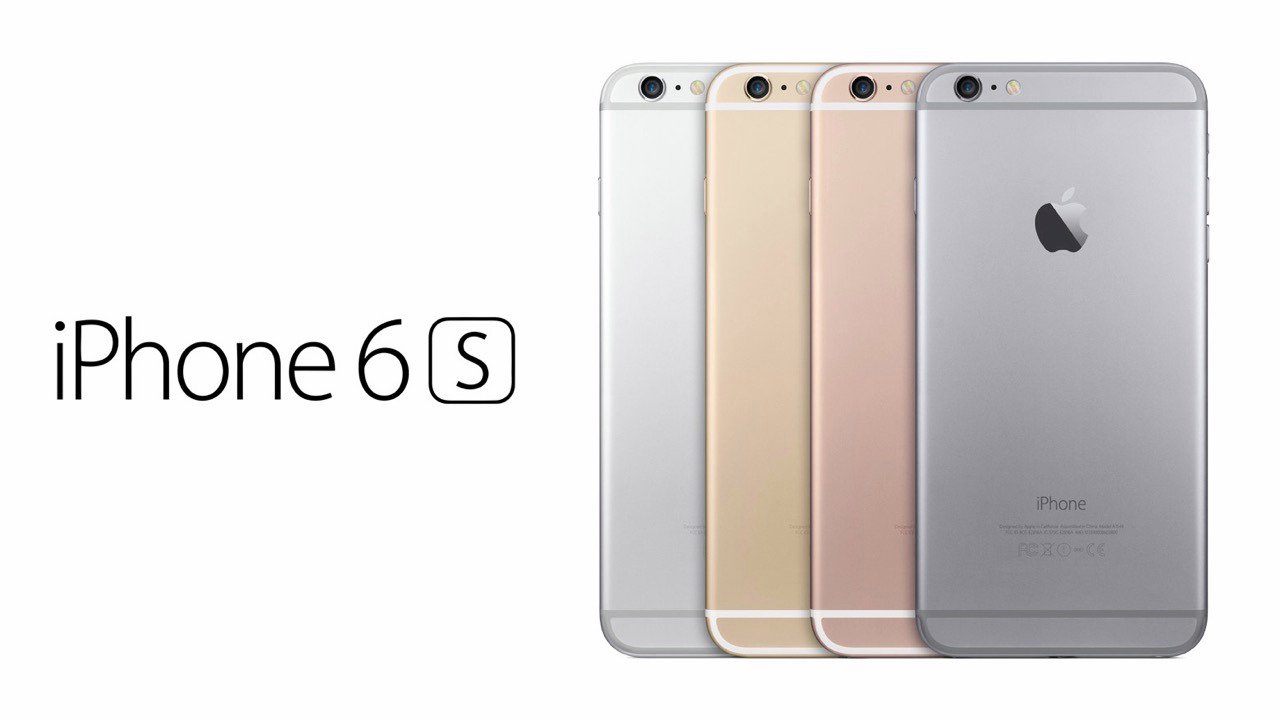 It’s pretty clear that Apple had this on their mind as the 6S and 6S Plus models look a lot more like a major release and a lot less like a typical “S” product.  The jump in camera capabilities (12 MP camera functionality, better auto focus, low light image quality) had me thinking about the leap that Apple made when moving to the 4S from the 4.  Adding the ability to record in 4K format, which has been a staple of the Samsung Galaxy lineup for over a year, is a welcome upgrade with these new models.  Apple did a great job with their introduction of Live Photos ,which captures 1.5 seconds of activity before and after the primary image capture.  Because Live Photos will be the default phone seting, it will likely change how we look at pictures, especially on lock screens and on watches.

The most important feature change on the iPhone 6S for T-Mobile is the inclusion of their latest network in the device (Band 12 of 700 MHz spectrum – see map of national availability  here).  Having used a Samsung Galaxy 6 Edge over 700 MHz for the last six months, I am confident that the 6S and 6S Plus are going to have a big effect on T-Mobile’s network usage (this includes reducing the strain on the 1700 MHz and 1900 MHz networks for older devices).  In Dallas, my speeds routinely top 50 Mbps and can exceed 90 Mbps during non-peak periods (using a Galaxy S6 Edge) compared to Sprint’s 8-15 Mbps (using an LTE-equipped Galaxy S5).

Sprint is also a winner here as the network includes a new LTE Advanced function called carrier aggregation.  The best analogy I have for this is that customers can get higher data speeds because there are more avenues to deliver content to the device – kind of like getting your favorite radio station across AM and FM depending on which frequency is best for you.  The impact in 2015 and 2016 for Sprint will be less noticeable than T-Mobile, however, as Sprint’s iPhone users already have unaggregated 2.5 GHz network speeds with the iPhone 6 introduced last year.  However, as Sprint deploys more of their high band capacity, speeds could accelerate rapidly (see Reddit post on the topic here).  All of this assumes that Sprint has the financial flexibility to deploy $15-25 billion in coverage enhancements over the next three years.

Before digging into distribution, however, it’s important to give a head nod to Apple’s 3D Touch announcement.  While camera upgrades will be the most talked about new iPhone feature by consumers, 3D Touch is the functionality that will have the developer community buzzing.  “Touch and Hold” is a common feature on many Android applications already (any of us who have used Google Mail or Messaging have enjoyed the benefits of this for some time).  But to open up this capability to “go deeper” without switching screens is a big deal for developers (Force Touch has one level, and 3D Touch has multiple levels – see Wired article here on the topic).  Because 3D Touch involves changes to hardware (they outline this in painstaking detail in their presentation), it’s not going to have the same mass adoption that is typically seen with iOS released-based functionality updates.  But 3D Touch is going to change how we access applications.  It will be interesting to see which applications begin to market themselves as “3D Touch enhanced.”

The big deal from the Apple Event from a wireless carrier perspective was Apple’s announcement that they were going to sell an unlocked version of the iPhone with AppleCare+ and annual upgrades starting at $32.41/ month (see nearby chart).  As the attached article from TheVerge.com points out, there’s a lot of value to Apple’s latest offer.  The big deal for the carriers is that Apple has made it more attractive for their biggest fans to associate iPhone 6S and 6 S Plus with an Apple Retail store (read: network/ carrier neutral) experience than with any carrier.  Over time, Apple may be able to impact quarter carrier net additions.

This is not a new channel conflict (just a better financed one), and it’s completely rational to think that Apple would not want to share any retail floor space with Samsung, HTC or LG.  If Apple begins to actively notify and direct current customers to pick up their new device in an Apple Store, where does this leave Sprint’s Direct2U and 1200 RadioShack store investments?  Can these innovative alternatives produce the same experience as an Apple store, especially after the 2015 Holiday season hoopla has died down?

Bottom line:  Apple’s move into financing (which will likely expand to include tablets in 2016), along with their artful bundle with AppleCare+ and annual phone upgrades is going to impact carrier store iPhone sales in 2015 and 2016.  It’s the exclamation point on what is going to be a very successful release.

Next week, we start to look at the events that are shaping the third quarter.  Until then, please invite one of your colleagues to become a regular Sunday Brief reader by having them drop a quick note to sundaybrief@gmail.com. We’ll subscribe them as soon as we can (and they can go to www.sundaybrief.com for the full archive).  Thanks again for your readership, and Go Chiefs!