The Future of Telecom Part 2- Sprint on Sale (SoS)

*** Editor’s Note:  In last week’s note on capital spending, there was a slight to the table shown due to a spreadsheet error.  This change raised the cap ex/ average retail customer for T-Mobile in earliest quarters shown.  Apologies for the change – story stays the same.  A link to the corrected spreadsheet can be found here.  **** 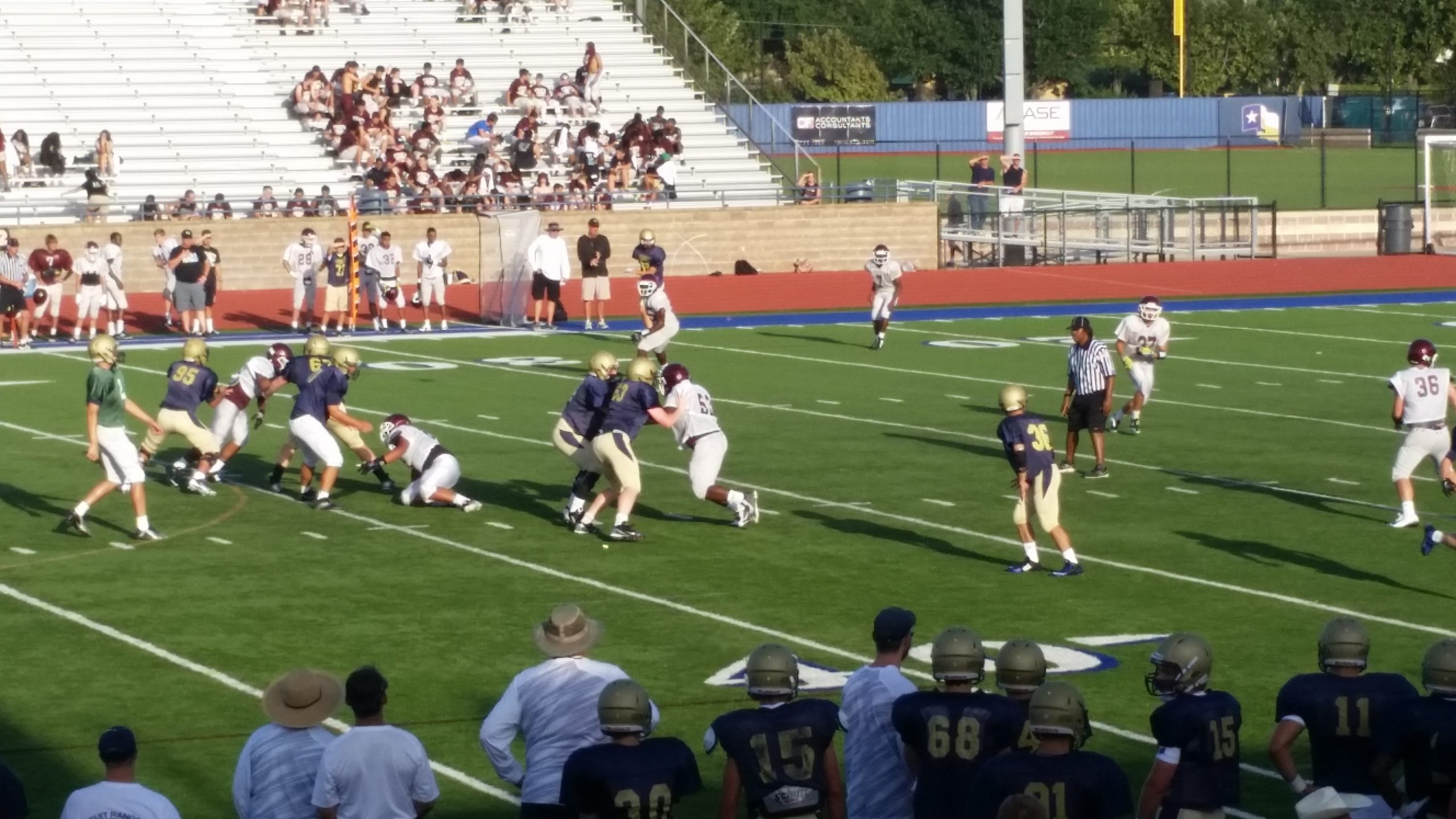 Triple digit greetings from Dallas, where high school football is getting into full swing. We started and ended this week with some very big news from Sprint.  At the beginning of the week, Sprint’s new CEO, Marcelo Claure, pulled the pricing lever, offering 20 GB of pooled data for the same price that others are offering 10GB.  At the end of the week, Sprint introduced a $60 unlimited plan that T-Mobile matched with a referral promotion offering unlimited data.

The new plans represent a fundamental difference from both Framily and Unlimited plans of past years.  First, they pool data.  This seems small, but allows a more immediate comparison to AT&T and Verizon plans and positions T-Mobile negatively as the remaining “unpooled uncarrier.”  When we looked at AT&T’s pricing structure in 2014, we saw a lot of value to pooling because of the widely varying (video viewing) habits of different family members.  It’s very encouraging to see that Sprint has finally seen this light.

However, as many analysts have pointed out this week, the new plans (excluding promotions) are not materially better or worse than T-Mobile for two or three lines (also excluding promotions).  A 3GB/ user Simple Choice plan for T-Mobile (which includes free streaming music) costs $120 for three lines ($40/ line).  Sprint’s pooled data plan does not make sense for most of the scenarios (3 lines, 8 GB pool would cost 20% more than T-Mobile).

Even at the benchmark four line scenario, the situation is not materially better with T-Mobile with a four line plan at $140 including 3GB/ line (again, streaming music not included).  While a lot of the attention this week has been focused on the “merger partners now archrivals” theme, it’s clear that Sprint’s current plans are not aimed at T-Mobile, but at AT&T and Verizon.  Current promotions (including Early Termination Fee buyouts) could stall the T-Mobile train, but Sprint’s latest family plan volley will not stop T-Mobile’s multi-quarter advances.

How Sprint Could Stop T-Mobile:  Better Marketing and Retention

Sprint’s pricing plans need to be accompanied with marketing efforts that reinforce a value image.  Throughout the Framily plan launch, I was confused about how Framily reinforced the Sprint brand.  Most consumers know what T-Mobile stands for:  wireless services that allow me to have more fun and to do more with my life.  In the consumer market, what does Sprint stand for?  How will Sprint create an association (e.g., the Hyundai of wireless) before their competitors create that association for them (e.g., the Yugo of wireless)? 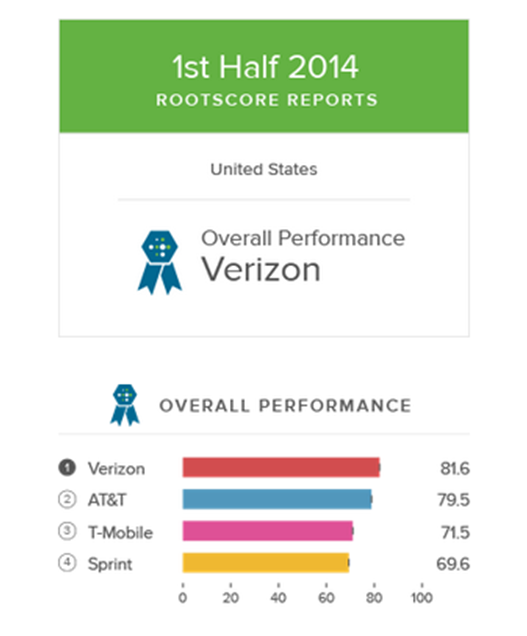 There are several areas that Sprint cannot legitimately claim, if the latest RootMetrics reports are accurate:  largest footprint, fastest (Now) network, and call performance are all areas where Sprint lags behind their competitors (the full RootMetrics report is here).  Most improved in customer service reminds many former Sprint customers of previous issues.  There are secondary considerations, like corporate stewardship and environmental consciousness, that will impact decisions, but Sprint has few options but to claim the “low price of the Big Four” segment.

How large this segment is, and how willing AT&T and Verizon customers are to switch to Sprint is debateable.  This is where marketing comes in.  First, many who are looking at their current Verizon and AT&T bills are wondering “When will our family exceed10 GB of data?”  Assuming the family is made up of two adult and two child phone users, it’s very likely that data usage rates are different – one uses 3-4GB routinely while the rest of the family uses 4-5 GB in total.  When the primary account owner receives “you are near your limit” messages for two consecutive months in a row, Sprint needs to be there with a compelling and relevant offer.

At this point, the primary concern to many families is nework and device comparability.  Is Sprint’s Spark service in Orlando really better than AT&T?  Can Sprint deliver data to the device as quickly as AT&T can?  How much will it cost to change over four GSM (AT&T Network) devices to CDMA (Sprint Network)?  Should our family wait until the new iPhone is released in September?  These are all relevant questions.  And asking current Sprint customers may not generate the answers that Sprint wants to hear (unlike similar conversations with extremely happy T-Mobile customers). 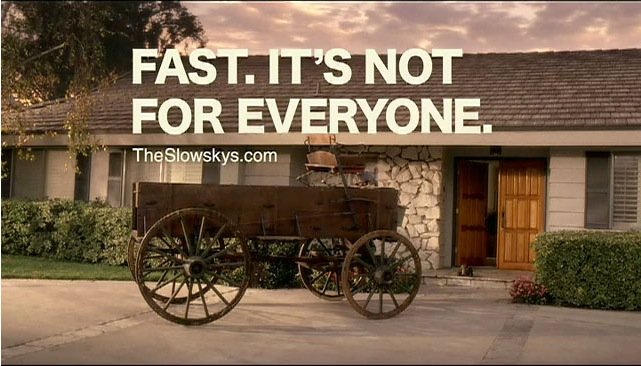 As mentioned earlier, Sprint must control their own rebranding message.  One of the best ad campaigns of the decade thus far was Comcast’s “Slowsky” turtle campaign which started in 2011 (nice roll of Slowsky ads here).  In spot after spot, Comcast used humor to create differences between cable and DSL.  And, as we showed in the 2Q results analysis, Comcast has been winning – growing their consumer broadband base by 3.4 million subscribers over the past three years (3Q 2011 to 2Q 2014) compared to 250,000 for AT&T.  Is a T-Mobile version of the Slowsky campaign far off?

Sprint’s marketing message also has to convince current customers to stay.  Sprint’s Spark network would be a terrific thing to stick in the hands of their most loyal customers.  Or, something as simple as including the $5/ month early upgrade option for former Sprint Premier (rewards program) customers (see the Sprint Community thread on the topic here).   While Sprint plans do allow customers to move to Family Share plans (see criteria here) there has been no promotion to existing customers (cf. one of the reasons for AT&T’s extremely low postpaid churn in 2Q was their decision to allow current customers to upgrade to their pooled data plan).

Having a “black label” or premium mentality for the current customers is going to be critical.  During the worst of the customer service transition, Sprint sent customers a coupon for 50% off of an accessory.  It drove store traffic, but, more importantly, it started an in-store conversation about what things the customer liked about Sprint.  With the network transition in full swing, that conversation needs to be restarted.

Associations and partnerships will also be critical.  Here are a few that Sprint could implement tomorrow that would drive additional customer loyalty:

There are many more brand building opportunities than these on the horizon.  Sprint needs to understand that their next marketing move can have meaningful and long-lasting (positive and negative) brand implications.  More sales will cure a lot of the quarter’s problems, but brand definition and reinforcement determine the long-term future of the company.

We will take a hiatus next week for the Labor Day holiday, but will resume on September 7 with discussion of the Apple effect and third quarter earnings drivers.  Until then, if you have friends who would like to be added to The Sunday Brief, please have them drop a quick note to sundaybrief@gmail.com and we’ll subscribe them as soon as we can (and they can go to www.sundaybrief.com for the full archive).