The Future of Telecom Part 1- Defining the Minimally Viable Network

*** Editor’s Note:  There has been a slight change to the capital table below due to a spreadsheet error.  This change raised the cap ex/ average retail customer for earliest quarters shown.  A link to the corrected spreadsheet can be found here.  **** 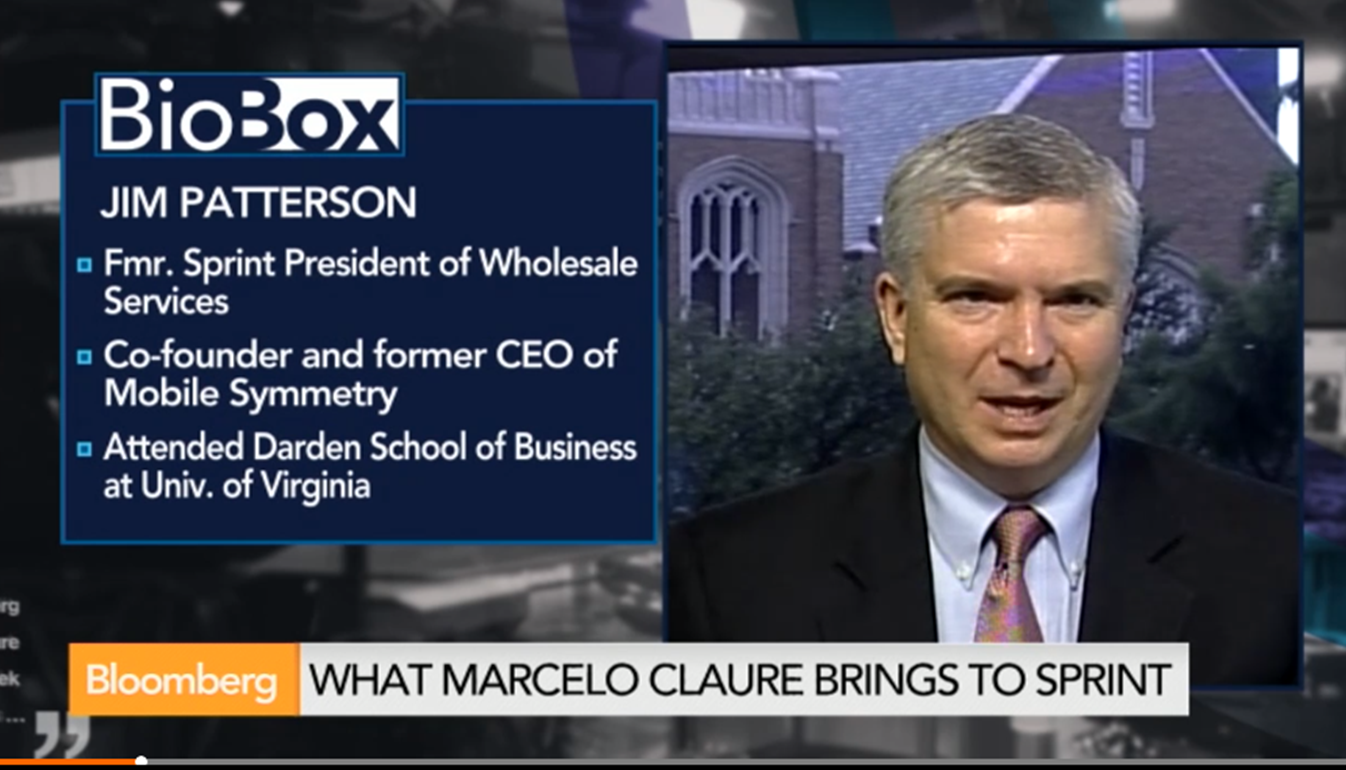 Greetings from New York, Bethpage, Charlotte, Greensboro, and Dallas.  This has been a monumental week for The Sunday Brief, with hundreds of email responses (still reading them), thousands of www.sundaybrief.com website views (from over 1,000 unique visitors), a wonderful reprint in RCR Wireless (thanks, Jeff Mucci, for your friendship over the past fourteen years), a terrific Bloomberg interview here, and even a few phone calls and text messages.  I am thankful for each response.

Several newcomers to The Sunday Brief have pointedly asked me over the past week “What’s your angle?  Why are you out to get [insert company or business leader name here]?”  There is a thin line drawn at times between strong, fact-based opinion and vendetta.  To some readers, last week’s note seemed to cross the line.

Those who express that opinion are short-sighted.  I was equally harsh in my criticism of AT&T’s Nokia Lumia launch on Easter Sunday when most of the retail stores were closed (April 2012).  Or of Verizon’s decimation of cloud pioneer Teremark.  Or Google’s shortsighted “cut and run” policy with respect to China.  Or of the FCC policymakers confusion between the concepts of equal access and equal outcome with respect to the Internet.

For five years (225 total columns), we touched every rail and sacrificed every sacred cow.  No one company is singled out – everyone gets his turn under the microscope.  Enough said.

We are heading into a telecom storm driven by scalability requirements, not excess capacity.  Sprint has done everything but fire the first missle in what could be a long and protracted price war.  As we have discussed previously, while AT&T’s four line/ 10 GB pooled data/ unlimited everything else offer is aggressive, it is not a long-term margin-compressing move but rather a means to an ultimate end: to acquire scale and ubiquity that stems the tide of SIM-card swaps to T-Mobile, and to enable widescale deployment of VoLTE.  T-Mobile ended up raising prices on unlimited data plans in March and is now cracking down on selected Unlimited plan customer activities.  These are all signs of a rational industry.

Sprint’s action this week could be very different.  My guess is it will have surface impact only, and will not measure up to T-Mobile’s ETF buyout announcement in January and AT&T’s Mobile Share pricing change in February.  Why?  The answer is found in the first rule: 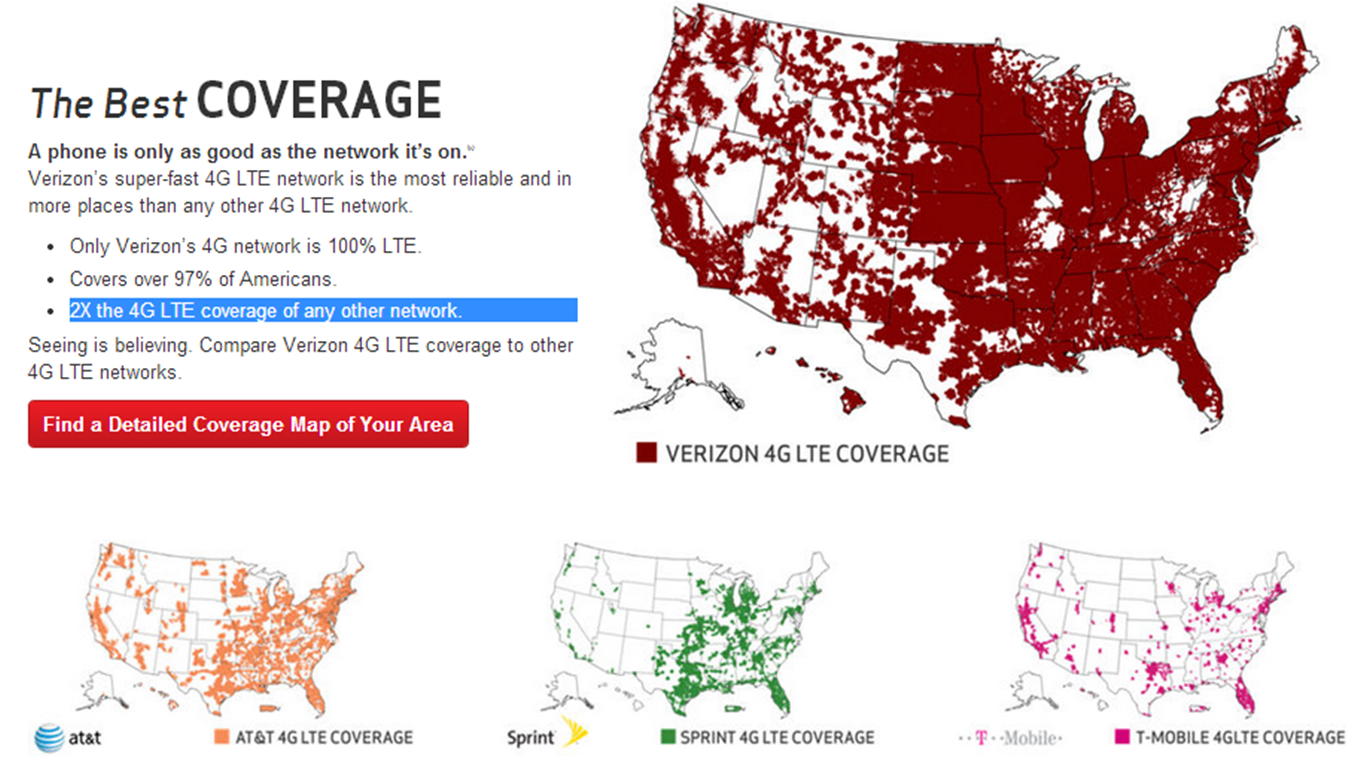 This is not to say that Sprint does not have an MVN (I used all of my 2GB allotment of HotSpot data in four days without watching Netflix or YouTube thanks to superior Sprint Spark coverage on Long Island and Charlotte).  It does… in places.  As Marcelo Claure said this week (according to this Light Reading article) “When you have a great network, you don’t have to compete on price.  When your network is behind, unfortunately you have to compete on value and price.”

Using an extreme example, let’s assume Cincinnati Bell Wireless woke up tomorrow and decided to compete on price by offering a $39.95 plan that included unlimited voice, text, and 5 GB of data nationwide (as well as similar family plans).  That would certainly be a headline grabber, but would Verizon and AT&T customers outside of Cincinnati really care?

That’s the issue Sprint (and T-Mobile face).  The next 10-20 million smartphone gross adds are evenly split between metro and secondary markets.   That’s the population that makes up the interval between the 200th million population and the 300th million (re: Sprint is around 245 million POPs in LTE coverage; T-Mobile at 235 million).

There’s a lot to be gleaned from this table, and this will quantifiably validate for many of you many hypotheses you have had over the past several years.

First, to no one’s surprise, Sprint went through a six-quarter capital spending trough.  From 2010 through most of 2012, network spending was held flat.  Due to slow (or even declining) customer growth, this equated to an annualized capital spend per average retail sub of $40-80.   This number becomes even lower when you consider that Sprint’s spending is divided between their iDEN (Nextel) and CDMA (Sprint) networks.

When determining what level of capital spending needs to occur to be minimally viable, I kept coming back to $80/ average sub.  Prolonged periods below $80 put national viability in question.  Sprint had that period and each paid mightly for it.  (Note:  in the future, as more data-only devices are activated, an $80 figure might be perfectly rational.  Given the massive conversion from feature to smartphones for the period analyzed, however, a $65 or $75 figure is below the acceptable limit).

On the flip side, AT&T experienced some of their greatest growth challenges in 2011, when iPhone exclusivity was lost to Verizon (Feb) and then Sprint (Oct).  Not only was AT&T spending capital to keep current iPhone subscribers happy, they also had to accommodate converting iPhone customers.

Then, in 2012, AT&T made the decision to aggressively launch LTE (they began their first deployments in mid to late 2011, but acceleration did not come until Velocity IP was announced in November 2012).   Specifically, AT&T’s VIP announcement cites their change to deploy LTE to 300 million POPs as opposed to their previous announcement of 250 million POPs (and additionally cites that VIP investment will lead to ubiquitous coverage across their 22-state local territory).

While high, the spending consistency for AT&T is remarkable.  Even with iPhone launches at each of their competitors, growth of data consumption, and deployment into less dense markets, AT&T has largely kept within $15 of annualized capital spending per average subscriber from 2Q 2010 to 2Q 2014 (spending $43.7 billion over the past sixteen quarters on capital but also growing 23.3 million connections over the same period).

It’s also important to note that the capital spending metric in the table does not include spectrum purchases or any acquistions (which would have their own ongoing capital needs).  Every carrier, but especially Verizon (AWS acquisition from cable companies) and AT&T (numerous private spectrum purchases) have had additional capital needs above the $81 billion they have spent on their respective wireless networks over the past four years (and their 700 MHz spectrum purchases in 2008).

Verizon has been more capital efficient than AT&T over the last four years ($37.3 billion in capital spending and an 18.5 million increase in connections since 2Q 2010).  Part of this stems from Verizon’s head start on LTE (spending started in 2009), inheriting a strong and operationally robust network from ALLTEL (acquired in early 2009), spectrum density (see earlier note that spectrum purchases are excluded from the total capital figure), and from Verizon’s market share in dense metro areas.  It’s doubtful that the gap would be reduced significantly, but there’s some 2009 LTE spending for Verizon that is not reflected in the above table.

A history of capital spending is the primary defense against Sprint’s price war.  While Sprint has spent more than $12 billion over the past eight quarters in a substantial “rip and replace” initiative, that may not be enough to put a dent in the fortresses Verizon and AT&T have created.  The same argument can be made for T-Mobile, who will likely need $6-8 billion or more in spending in 2015 just to keep up with demand (again, this excludes participation in the AWS or 600 MHz spectrum auctions).

Next week, we’ll tackle the question “How important is marketing to the wireless industry over the next four years?”  Bottom line:  The next telecom CEO might be better off having a Brand Management pedigree than a Network/ Technology background.   Until then, if you have friends who would like to be added to The Sunday Brief, please have them drop a quick note to sundaybrief@gmail.com and we’ll subscribe them as soon as we can (and they can go to www.sundaybrief.com for the full archive).