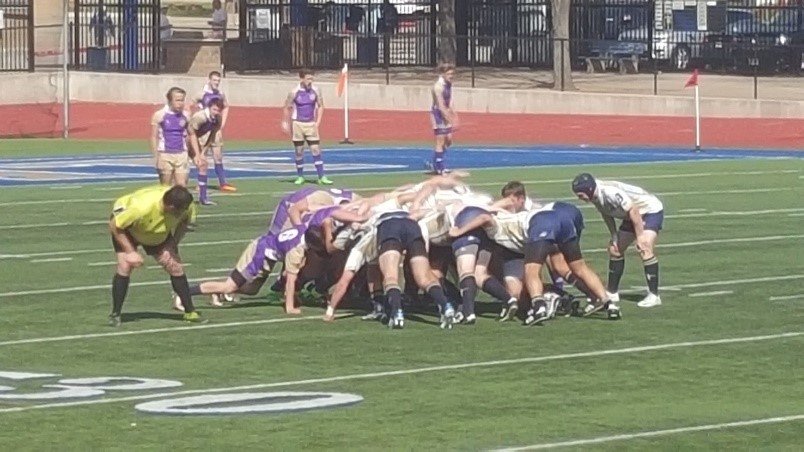 Greetings from Dallas.  That’s right – a week without travel-  a “Spring Break” of sorts from January and February’s crazy schedule.  Rather than talking with many of you from airports or the car, I called from balmy Texas.  I was also able to take in the Jesuit College Prep Rugby Showdown this weekend which is pictured (Jesuit in gold and blue; Memphis, TN, Christian Brothers High School in purple and gold).  My batteries are now recharged and I’m ready for a seven-city tour over the next two weeks.

This week, we’ll dive into the set-top box Notice of Proposed Rulemaking that’s underway and estimate the ramifications to the cable industry and over-the-top providers.  We’ll also begin to discuss a few events over the past month that are going to impact quarterly and annual earnings. 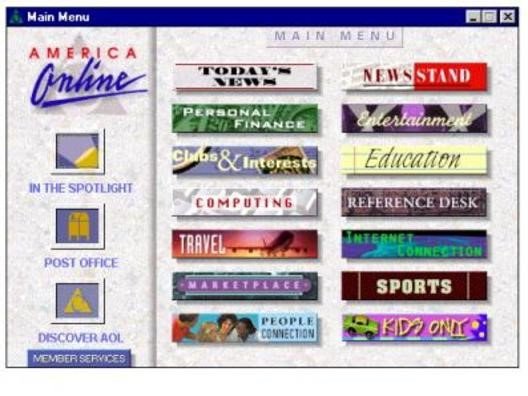 Fresh off the one-year anniversary of enacting Net Neutrality rules, the FCC turned its attention to section 629 of the Telecom Act of 1996.  Yes, the STB has been clinging to the same rules and regulations that we had before Yahoo!, YouTube, Twitter, and the iPhone existed.  Innovation at that time was best captured by the America On-Line screen pictured nearby.

It’s hard to argue that the rules shouldn’t be refreshed, but what should they encompass?  The current NPRM objective (full link here) is as follows (editor’s note: MVPD stands for Multichannel Video Programming Distributor, a.k.a. a cable/ satellite/ fiber provider):

…Consumers should be able to have the choice of accessing programming through the MVPD-provided interface on a pay-TV set-top box or app, or through devices such as a tablet or smart TV using a competitive app or software. MVPDs and competitors should be able to differentiate themselves and compete based on the experience they offer users, including the quality of the user interface and additional features like suggested content, integration with home entertainment systems, caller ID and future innovations.

It’s important to realize the ramifications of the FCC’s decision.  First, the FCC is mandating change that has broad implications to several industries.  This should come as no surprise to anyone who has dealt with this FCC, which issues regulatory mandates to counteract the inability of the legislative branch to revise what’s now a 20-year-old-technology focused law.  The FCC would like to have a “[World Wide] Web” look and feel to the first screen, which incorporates as many options as possible (compare the AOL screen above to a search results screen from Netflix).  This could include “recently watched” or “Facebook friends recommend” or even “Sponsored programming” (let’s not forget that High Speed Internet caps are going to become more prevalent over the next decade).  A more sophisticated box could have biometric (fingerprint) detection which would personalize the Electronic Programming Guide (EPG) for each member of the family.  Choices would proliferate, and more opportunities leads to more competition, higher quality content, and a better customer experience.

This all sounds good, but is the problem one of content availability, or one of content organization?  Is the FCC trying to get rid of broadcast channels (and their scheduling/ organization model) through this process?  That would appear to be the likely outcome – an interesting “back door” regulation whereby the FCC alters the structure of set-top box provider, MVPD, and broadcasting industries with one rulemaking (for an excellent read on this ruling’s effect on minorities, see this LA Times article).

Second, the FCC is mandating change when voluntary options currently exist to solve the problem.  Before making this proposal, the FCC should have asked “Why has TiVo faltered (see stock price chart here)?” TiVo’s new TiVo Bolt (pictured) is beautiful and does everything the FCC wants it to do (see specs here).  But it costs $299 for the first year + $12.50/ month after the first year (this is in addition to cable package costs).  To TiVo’s credit, if the customer has multiple TVs, they could save money versus buying a Whole Home DVR system, but there’s still the high cash outlay.  While this is worth it to TiVo’s current base of 6.6 million users worldwide, is the extra cost worth it to 50, 60, or even 70 million homes?  Someone needs to ask the FCC why TiVo (a company started out of the 1996 Act) has faltered and how these new rules will change the equation.

Then there is the issue of existing equipment like Roku, an over-the-top streaming service providing nearly every streaming option possible (including access to TWC TV and Spectrum (Charter) TV).  Roku offers very affordable hardware (pricing here), and their relationship with both TWC and Charter is strong.  While Roku does not provide web content that could be delivered from a search (or Google Now recommendation), isn’t a Roku solution also solving most of the objectives laid out by the FCC (with over 10 million devices sold in the US)?

Finally, the FCC’s mandate will likely drive up prices for consumers who have the little interest in expanding their television horizons.  To use the original picture in this section as an example, the FCC thinks we are living under the same limitations as “America Online” provided to dial up users.  If we had a browser and the web connected to our televisions, things would be better.  To many viewers, the ability to watch college basketball in February/ March, opening day of the baseball season in April, the Masters in May, the Olympics over the summer, the opening of college and professional football in September, and the World Series in October is enough.  Those sports fans might watch college baseball, but they are not going to search for Episode 9 of “Curling Night in America.”

To be fair, there are many other user viewing segments that could be benefit from the FCC’s proposal.  Education channels could emerge that teach children other languages and incorporate those learnings into actual broadcasts (kind of an enhanced Khan Academy).  America’s cooking skills could improve through a mix of traditional broadcast media and web-based supplemental data.  And Amazon could launch a “channel” that would sit next to QVC and other shopping channels providing alternative (cheaper??) options to those they are viewing.

These options sound appealing, but will television viewers make the switch from their ESPN/ CBS/ NBC/ ABC/ Fox/ Fox News habits to this new mode?  If not, will the costs of the mandate exceed the benefits?  If my box has issues, who gets the call – Comcast, the EPG developer, Walmart/ BestBuy, or the hardware maker?  And, since the FCC chairman has promised that there will be no ad inserts or wrap-around advertising permitted by Google or others, how will the new entrants make money?

Bottom line:  The FCC’s proposal sounds good, and no one points to their set-top box  as the paragon of technological development (except for the latest version of Comcast’s Xfinity X1, or the TiVo, or perhaps the Roku).  But replacing today’s equipment and EPG with new models is going to cost customers more money than $8/ month unless the customer sacrifices its privacy (to improve Google’s profile).  The FCC should say to communications providers “Treat your set-top box the same way you treat your cable modems, and make each model available at mass retailers such as Amazon and Wal-Mart.”

However, if the FCC were to move forward with their current proposal, they should mandate that customers of these new devices are allowed to opt out of data collection at any time with no ramifications (including pricing), and to require the opt-out option to be clearly and uniquely presented each year thereafter.  This would remove the current perception that that the FCC is in Google’s back pocket.

Five You May Have Missed

Next week, we’ll use our previously published “To Do” lists and begin evaluate each carrier’s first quarter progress.  We’ll also have our first view at which companies are creating the most shareholder value to date in 2016.  Until then, please invite one of your colleagues to become a regular Sunday Brief reader by having them drop a quick note to sundaybrief@gmail.com.  We’ll subscribe them as soon as we can (and they can go to www.sundaybrief.com for the full archive).  Thanks again for your readership, and Go Davidson Wildcats!