The End of an Era

June greetings from Dallas, Seattle, Birmingham, and, by the time most of you read this, Charlotte/ Concord/ Davidson (family graduation pic from Memorial Day weekend shown – Jimmy, the graduate, at center).  This is the last edition of The Sunday Brief – a tough sentence for me to write, yet I am encouraged and overwhelmed by hundreds of you who have taken time to send congratulatory notes and reflect on how valuable this column has been  each week.

Rather than dive into a wish list or other litany of things that need to be changed, I’ll leave you with some interesting data points:

Many of you commented that the value creation updates we did throughout the years helped keep things in perspective.  The “Four Horsemen” (which became five after Facebook went public in May 2012) have created hundreds of billions of dollars of market capitalization over the past seven years.  While that number is staggering, what is more telling is how, despite the efforts of investment banking and shareholder activist professionals, each of the Five Horsemen has been able to keep a strong negative net debt position.

Some of this cash is stranded overseas and would be taxed if repatriated.  But, for comparative purposes, the balance sheets of non-network participants in the Internet economy clearly have more liquidity and leverage opportunities than traditional players. 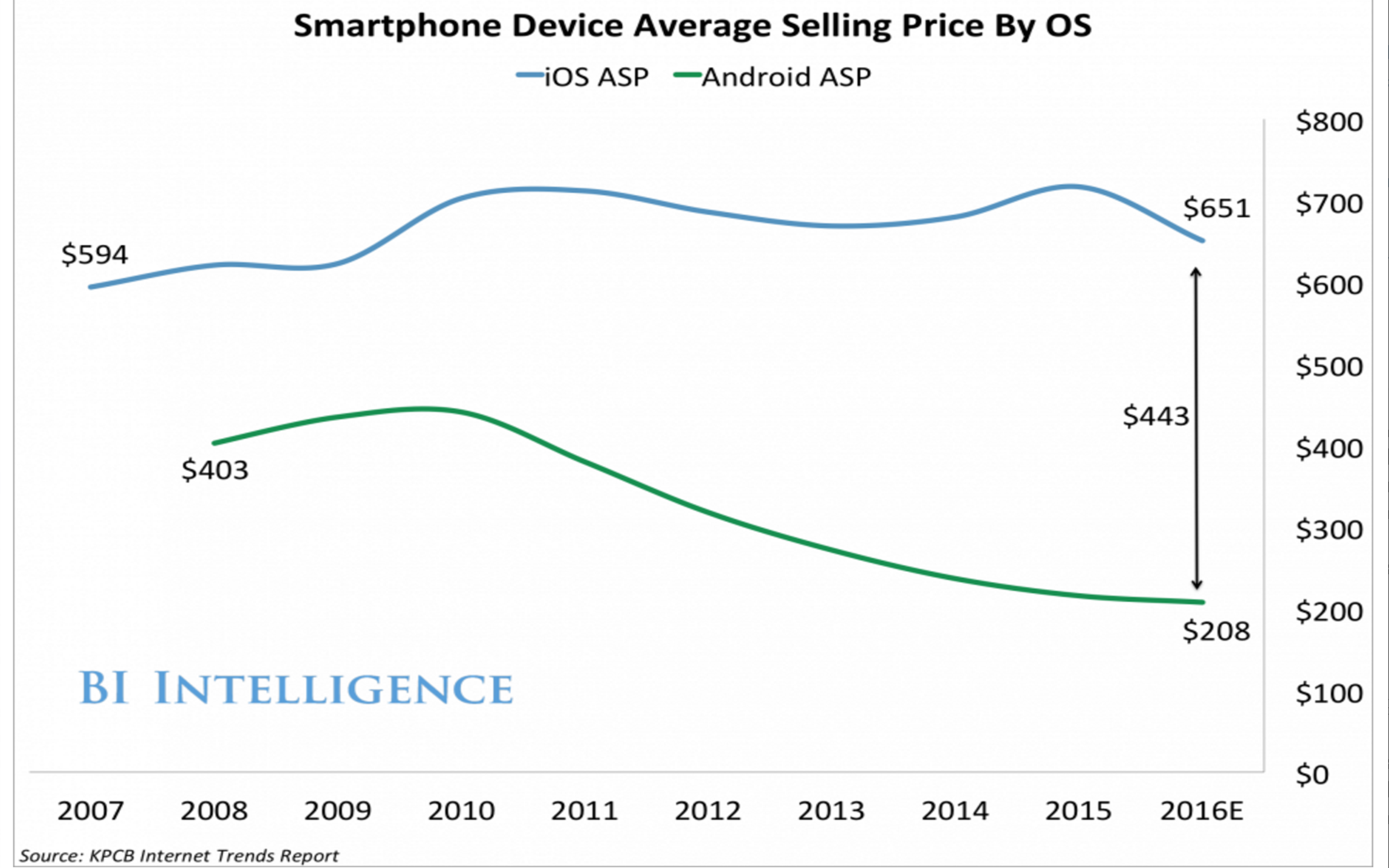 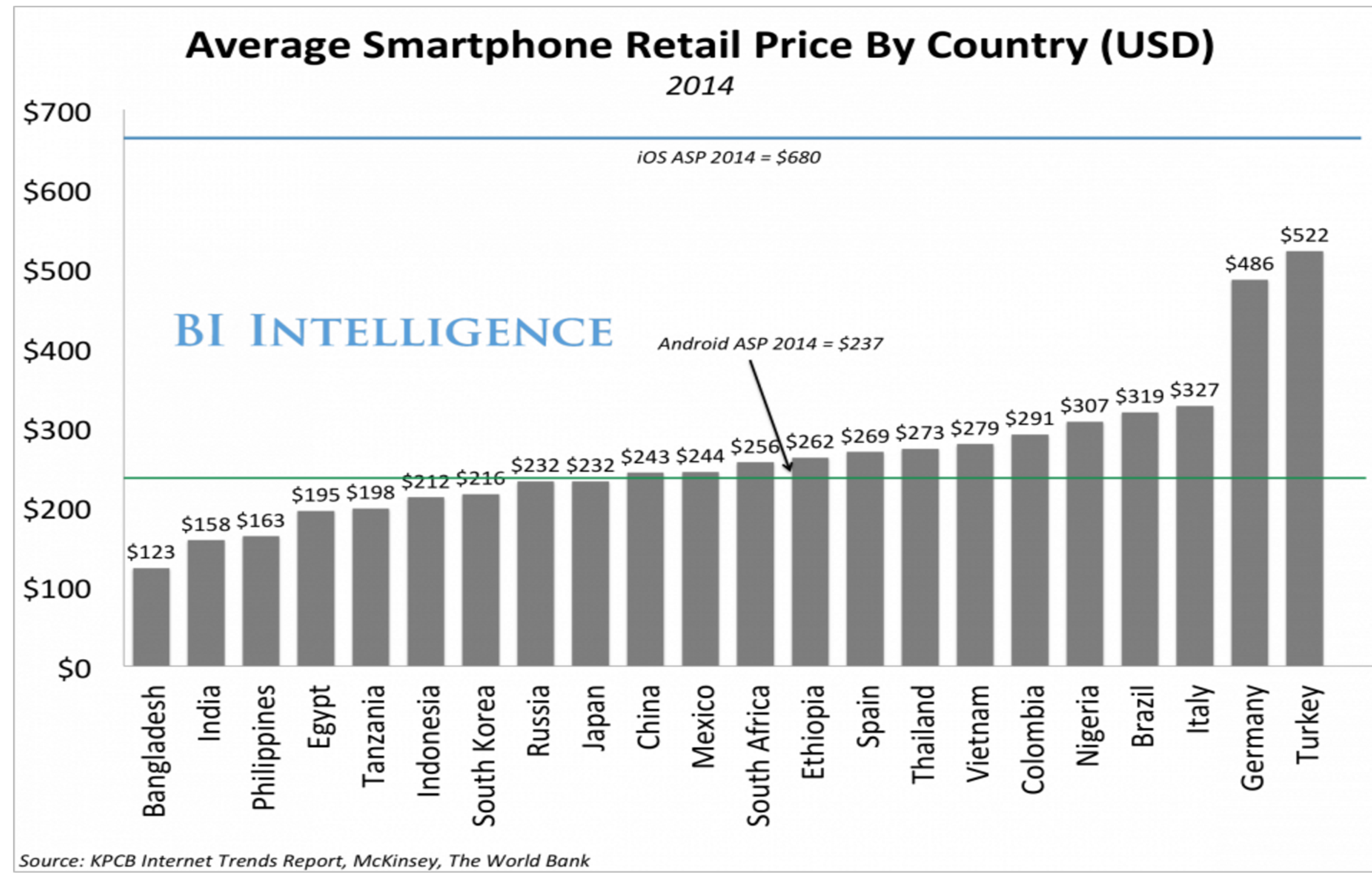 Since the blossoming of the Android ecosystem in 2010, the gap between the average selling price of a new Apple and Android smartphone as ballooned to $443.  This gap had been less than $200 as late as 2011.  With the advent of less expensive devices in Bangladesh, China, Indonesia, India, Japan, Mexico, the Philippines, and Russia (roughly 3.6 billion total population), Android has established a “default user experience” position with smartphone users in these countries.

This is not to say that Apple faces an imminent danger.  Plenty of used iPhones from other countries will make their way in to India and other places, and will still carry the cache of the Apple brand.  However, this infiltration can only occur as smartphone changeover continues, and the latest earnings report from Apple shows that upgrades are slowing down.  As go upgrades, so go refurbished devices.  This result may be pleasing to some, but it was clearly on Apple CEO Tim Cook’s mind as he traveled throughout Asia last month (see this Forbes summary for more details on Cook’s India trip).

Could Apple institute a program in the developing world like Android One without compromising quality?  Do they have any choice, especially with an alliance forming between China’s Apple wannabe Xiaomi and Microsoft (see more here)?

Offering stock to customers is unique and different.  A few will see the inherent long-term financial opportunity it represents.  Last year, Gallup updated their poll on investment trends (full report here and summary chart nearby).  What they found was unsurprising:  Since the economic collapse of 2008-2009, fewer Americans are invested in the stock market, especially if their annual income level is less than $75,000.

Stock does not taste as good as pizza and certainly does not provide the entertainment value of The Revenant or Star Wars.  A chance to earn my way to a free iPhone 7 with 10 new T-Mobile referrals? Sign me up.  A free Samsung fast charging system for being a customer for 5 years?  Count me in.  Company stock for being a customer and signing up for an app?  Too hard and too much of a hassle for many who distrust the market and whose last memory of a financial investment was a losing one.

There’s a lot more to talk about (see AT&T’s transcript from the Cowen & Company conference last week here, or Cricket’s large outage here or the full report of Apple’s outage here), but I’ll close by simply saying that I will continue to have opinions over coffee, lunch or dinner in Charlotte – come see me and let’s talk.  The pen is taking a break, but I am not.