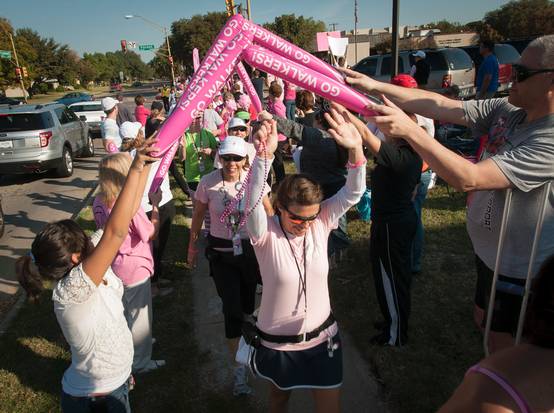 Greetings from Dallas (Texas), where several thousand will complete the Susan G. Komen 3-Day Breast Cancer Survivor Walk today.  First, thanks to everyone who has been patient in the many responses to the last two Sunday Briefs.  I’ve been a bit under the weather, but really appreciate the kudos and many thoughtful responses.  Frankly, I am overwhelmed by the response the newsletter/ column receives across the telecommunications community.  I went into a few details a few months ago about why this column exists – to inform, engage, debate and stimulate new thinking about the telecommunications industry.  Never thought it would get to this level.  Thanks again.

This week, we have had earnings releases from Comcast, Time Warner Cable, US Cellular, and Sprint (as well as Facebook, Apple and Amazon).  On top of this, we had the “what can happen” announcement of Sprint Spark, an innovative and potentially competitive differentiator for Sprint.  That’s a bit more than I can cover in 1500 words, but we’ll hit the highlights of each and cover key themes in greater depth before the end of the year.

First, Sprint reported earnings that were pretty much at or below expectations (and also set the stage for a strong T-Mobile earnings announcement next Tuesday). The company lost 315,000 customers, with gains in lower ARPU prepaid and wholesale offsetting higher ARPU/ higher margin 535,000 postpaid losses (360,000 of these losses came from Sprint’s CDMA platform and 175,000 came from either the Clearwire or the purchased US Cellular properties).   Dan Hesse, Sprint’s CEO, attributed the postpaid losses to the iDEN shutdown:

…we needed to shut the iDEN network down on the June 30, and we were quite successful compared to the plan in re-capturing 40% of those, if you will, those customers but we lost 60% and most companies were mixed in that. You had iDEN subscribers, typically the over simplified, the blue collar workers, white collar workers would be on the Sprint platform. If we lost the account, Nextel or iDEN customers came off in June and then the Sprint customers come up in the second half, both Q3 and Q4. The impact on the third quarter was quite significant

This is one of many transitions that were occurring at Sprint in the third quarter.  The Sprint platform had no additional opportunity to benefit from the Nextel transition, yet the lingering negative effects of the previous quarter’s transition described above are still being felt.  Offsetting this loss, however, are the reductions in access and tower lease costs that Sprint no longer has to incur because of the Nextel platform.  Bottom line:  There are a lot of puts and takes in the Sprint results, and the US Cellular and Clearwire transactions add additional swirl to the story.  Without US Cellular and Clearwire, most metrics were flat or down.  Relatively speaking, Sprint lagged behind all of its peers in the third quarter, including T-Mobile.    You can access Sprint’s latest financial spreadsheet and management presentation here.

The question many investors are asking is “How will Sprint use its spectrum holdings to create competitive differentiation and grow profits?”  Sprint clearly assuaged many investors with their groundbreaking demonstration of Sprint Spark on October 30.   The technology fuses multiple spectrum bands (800 MHz, 1.9 GHz, and 2.5 Ghz) with different technologies (TDD LTE, FDD LTE, 8T8R radio heads in the 2.5 GHz band, Carrier Aggregation which is a part of the upgrade to LTE Release 10) to create a fast experience.

Can Spark save Sprint?  It’s a worthy question both to ask and to analyze.  It will definitely kick start Sprint’s enterprise and wholesale/ M2M efforts.  Having consistent yet dynamic 20Mbps downstream capacity could enable a lot of new applications and would certainly crown Sprint “King of the Cloud.”

The issue with the last sentence is consistent.  Sprint acknowledged what many blogs have been talking about for months – Network Vision has created more than dust; it’s created havoc for many customers.  Assuming Sprint will incorporate a $20-40 monthly price hike for the faster network speeds, it needs to also carry a guarantee or at least an extended trial period.

Also, the technology capable with Sprint’s devices will have to be purchased – it does not have the “Bring Your Own Phone” allure that MetroPCS has been able to capitalize on this quarter with SIM Card swaps.  This will slow adoption rates in the mass market.  Finally, if my predictions are correct above, it will not be ready for an iPhone device until late 2014 (if then).  That’s troubling news for ~20% of Sprint’s postpaid base that is Apple loyal.

Sprint must deploy Spark consistently.  It cannot be a “bonus” feature (a la early versions of cable-based “burstable” data which were tied to the viewed website address), but needs to be delivered in a standard, consistent manner.  This means 50 feet inside the NYC building, 5 feet outside the building, and 5 miles away.  Because Sprint lacks a comprehensive coverage strategy (one is coming in 2014), the promise cannot be kept “in selected areas.”  Verizon and AT&T will pounce on this, especially in NYC.

Sprint Spark will cost $4-8 billion per year to deploy and grow ubiquitously.  As we saw with Verizon’s earnings release, just because they hit their initial coverage targets does not mean that capital spending will precipitously drop.  Densification and continued spectrum deployments will continue to drive additional capital, and, in Verizon’s and AT&T’s cases, corresponding double-digit revenue growth.

Does Spark become the catalyst for a new consumer-based shared data plan?  Does a Spark product wade into the eerie waters of wirleine data replacement, at least for some narrow segment (a la Clearwire), and, if they do, will this plan be capped?  If the plan is not revolutionary, how will Sprint recover the 12 million postpaid customers it has lost since the ill-fated Nextel merger?   Most importantly, how will any of these strategies benefit shareholders (vs. bondholders)?

It’s exciting to see Sprint with a spring in its step, and to see technology leadership drive innovation.  It’s also exciting to see the ecosystem (particularly Samsung and Google) rally around Sprint.  But shareholder value comes with ubiquity and consistent performance.

).   For the sake of brevity, Comcast results will be confined to their Cable division only.  Here’s the brief summary of the cable subscriber performance:

It’s no surprise that Comcast grew High Speed Internet subscribers, and that growth accelerated over the third quarter of 2012.  And it’s not that surprising that Comcast is managing the growth of video, recognizing that satellite and U-Verse deployments will continue to accelerate (we will elaborate on the X1 and X2 platforms in an upcoming Sunday Brief).

What is surprising, especially compared to Time Warner Cable’s performance, is the importance of the Double and Triple Play bundles to Comcast (which drives voice additions).  Forty-three percent of Comcast’s base currently subscribes to the Triple Play (up from 39% in 3Q 2012) and 78% of the base have at least two components.

Voice is a critical part of the Triple Play profit picture.   Comcast added 169K residential voice customers in 3Q, and has grown their base to nearly 10.5 million lines or 20% of homes passed.  In contrast, AT&T lost 613K residential voice relationships in the quarter (the numbers are stark when you look at them over the past eight quarters:  1.154 million voice subscribers gained for Comcast, and 4.481 million lost for AT&T).

Why is voice important to Comcast?  On top of the “control as much of the home as possible” reason, incremental phone additions are wildly profitable.  Using the numbers provided by Time Warner Cable in their trending schedules, we’ll assume that each of the 709K voice customers added over the past year generates $34 in ARPU and a 73% gross margin (Comcast’s margin is likely higher because they did not outsource their platform operations).  Adding in a few extra dollars for installation, promotion, access costs, and other items, the 73% gross margin becomes a 35% EBITDA margin ($11.90 in cash flow per month for every residential voice customer added).

Annualize $11.90 for each of the 709K voice customers, and you get $102 million in operating cash flow growth for the next twelve months.  To put this in context, total Comcast cable OCF is growing between $160 million to $200 million per year on a rolling 4-qtr basis.  Bottom line:  The strong voice performance (which in reality is a low-bandwidth network augment to their robust Xfinity infrastructure) allows the cash flow gains from High Speed Internet to fund the foundational changes Comcast is driving in their video platform.

Next week, we’ll cover Time Warner Cable in greater detail (Charter also releases earnings).  In addition, we will have more earnings news from T-Mobile and be able to round out the total wireless and wireline pictures.   Until then, if you have friends who would like to be added to The Sunday Brief, please have them drop a quick note to sundaybrief@gmail.com and we’ll subscribe them as soon as we can.  Have a terrific week!