Greetings from Santa Barbara (marina pictured), San Jose and Dallas.  This week, we continue our look at events that shaped the quarter and will likely shape performance throughout the rest of 2014.  The first five events from last week were:

This week, we continue that list with the following events:

In what has become an annual tradition (four years of annual layoffs and counting), Cisco announced that they will take a $700 million restructuring charge to lay off 6,000 employees.  Senior management was vague as to which units would be targeted, but the Service Provider (selling to telcos) and Government sectors are likely to see disproportionate cuts.  Based on comments after the announcement (see Business Insider article here that discusses internal conference call comments by COO Gary Moore), the Commercial Services unit (software, cloud, security, Internet of Things) should be the beneficiary of additional hiring.

The equipment industry is under a tremendous amount of pressure across the globe, and Cisco’s abilities to integrate acquisitions and to maintain their leadership in IP routing is critical to maintaining their industry ranking.  The expansion areas that they are trying to fill, however, are also in demand at companies such as Facebook, Google, Apple, and many others.  Can Cisco effectively compete for talent, and will companies look to them (as opposed to IBM, Verizon, Equinix or Amazon) for security or other cloud solutions?  One of the biggest questions in the post-Chambers Cisco (he will likely retire in 2015) will be “Can Cisco focus?”  The answer determines the future of one of the greatest companies in the Internet Era.

Last week and in several Sunday Briefs, we have discussed Sprint’s new strategy to simplify their business and own the “value leader” title in wireless.  Sprint embarked on a three-pronged approach in August to address the Framily mess: 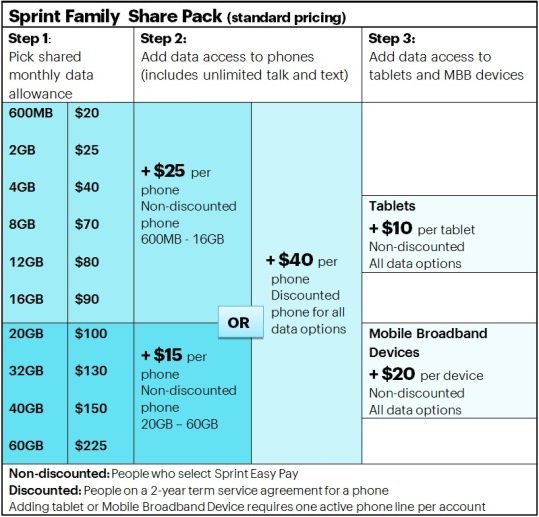 August 18:  Sprint announces 20 GB of data + unlimited voice/text + an extra 2GB of data for $100 for every family account that comes to Sprint from another carrier.  The full rate card (which at first appears to be an eye chart but, as we discussed in a previous Sunday Brief, actualy simplifies Sprint’s current rate structure) is shown at right and also can be found here.  Sprint’s “We want you back” message could not have been clearer.   (Note:  while the waived voice/text is only a promotion, Sprint tucked an extension into their Samsung Galaxy Note 4 announcement earlier this week).

August 21:  Sprint announces single-line plan unlimited data pricing for $60/ month.  This covers the other end of the market which traditionally had been a strong base for Sprint (both postpaid and prepaid).  Interestingly, they did not include hotspot usage in their $60 price point (T-Mobile includes 5 GB of usage in their $80 comparable plan).  However, it does include some data prioritization as we noted in last week’s discussion of Verizon’s unlimited LTE plan throttling.

T-Mobile responded to Sprint with the following headline “T-Mobile Urges Its Customers to Rescue Beleaguered Sprint Customers.”  Their “Refer a Friend” announcement offers existing customers an Unlimited data upgrade if they refer a friend to T-Mobile.  Given the paltry 1 GB standard data allotment for Simple Choice plans (2.5 GB is a promotional rate for 2015 only), this was likely an necessary marketing (and PR) move.

September 11:  Sprint announces their “iPhone For Life” plans.  Of the three, this plan likely had the greatest single impact of the first quarter.  $70 gets you a new iPhone 6 and unlimited everything ($75 for the same plan and the iPhone 6 Plus).  To replace the Framily hamster, Sprint went for screaming women and breaking glass in their iPhone for Life commercials – is this an indication of their newfound target audience?

Have Sprint’s pricing plan changes had any effect on others in the quarter?  Just yesterday, one of the Sunday Brief faithful sent me a link to an Engadget article showing AT&T is now offering double data through the end of October (30 GB for $130 is not 20 GB for $100 but will be viewed as a plus for families who are tripping the $100/ 10 GB level).  Looks like data can be used as a weapon by all sides.

It’s rare that we have two substantial changes in one quarter, but just after the Sprint announcement of Marcelo Claure as CEO, AT&T announced that Ralph de la Vega and Glenn Lurie would be promoted.  Ralph will lead the combined Business and Mobility units, and Glenn will report to Ralph as CEO of AT&T Mobility.  Andy Geisse announced his retirement from AT&T after 35 years with the company.  (Picture is from Mary Chan’s appearance on connected cars wth de la Vega and Lurie at this year’s CTIA show).

It’s important to note that AT&T has already been working on integrating its network and operations functions.  The changes described above impact AT&T’s sales (including retail stores) and marketing efforts.  Four principles were cemented with this announcement:

More to come on this restructuring (I have not heard anything about restructuring charges or even a moderate layoff, but if they were to come, we would see them in with third quarter earnings).

Without a doubt, the largest event of the quarter and one of the biggest of 2014.  While there were a number of leaks, the hype around both the announcement day and the first sales day were practially unchanged from the iPhone 4 and iPhone 5 announcements.  10 million iPhone 6 and iPhone 6 Plus devices later, the waitlists are still long and customer reviews (except for BendGate – see Consumer Reports review here) are extremely positive.

What did Apple do to the iPhone 6 that made this such a strong performer?  For a full and thorough review of the device, this article from Ars Technica is a must read.  The bottom line is that Apple made the iPhone bigger.  This was what was missing from the iPhone 5 (which, as some of you have noted, is taller, but still “small hands friendly”).

The concept of bigger is nothing new (see the Samsung Galaxy Note advertisements for reinforcement). Size, however, triggers a rewrite of most apps in the iTunes store – that did not happen with the introduction of the iPhone 5.  See the Ars Technica article for more details, but reintroducing and upgrading hundreds of thousands of applications is a big deal.  The App Store is in need of a revamp, and this should start the process.

Looking ahead, Apple will have several improvement opportunities for the successor to the iPhone 6, but size will not be one of them.  Overall, the biggest changes were in iOS 8, and for the iPhone faithful who did not purchase an iPhone 6 Plus, that’s where the impact will be felt.  More on this as we scrutinize Tim Cook’s earnings conference call comments. 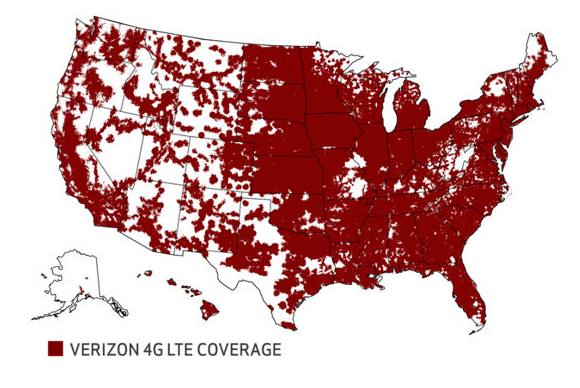 On the heels of AT&T’s announcement that their LTE network had hit 300 million POPs in coverage, Verizon announced a significant number of new markets on its AWS spectrum (branded Verizon Wireless XLTE).  This announcement caught minimal mention in the trade media, but it’s important to see it in several lights.

First, Verizon has largely completed its initial AWS build.  Everything from now on is an augment (faster deployment, lower incremental costs).  This will allow it to better value the AWS-3 spectrum that is scheduled to be auctioned in August.  It is expected that Verizon and T-Mobile will be the big spectrum winners for these bands.

Second, it allows Verizon to enjoy a competitive advantage in secondary markets where competition is diminished.  Covering 400+ communities with 700 MHz LTE + 1700/2100 MHx AWS frequencies sets them apart as a bandwidth leader.  Verizon is also going out of their way to make it easy to buy up to an XLTE device.

Finally, it gives Verizon a lot of capacity for fourth quarter promotions.  This wouldn’t be the first time Verizon offered a double data offer.  Any sort of counter-offer to AT&T’s double data would have a meaningful impact to Sprint’s turnaround.  While Verizon is extremely sensitive to network overloads, they might have to counter any double data initiative to stay competitive in the fourth quarter.

While on the topic, I should mention another Verizon event that bears at least a Sunday Brief Top 10  Honorable Mention.  In late July, Verizon FiOS announced that they were making all of their speed bands symmetric (including the popular and heavily promoted 50 Mbps band), and that they were raising the speeds of their entry level broadband from 15 Mbps down/ 2 Mbps up to 25 Mbps symmetric (available for $64.99/ month as a standalone service).  The symmetric angle caught a lot of the cable industry off guard and may have moved the needle higher for FiOS in selected markets.  I don’t think it makes as much difference as the Verizon XLTE announcement (network speeds, reach, and quality are the pillars of Verizon’s value proposition), but it could have a small impact against TWC, Cablevision, and Comcast in the Northeast.

That’s it for the Sunday Brief Top Ten events for 3Q 2014.  Comments and suggested modifications welcome.  Next week, we’ll focus on the future of the wireline industry in advance of the COMPTEL conference (October 5-7 here in Dallas).  Until then, if you have friends who would like to be added to The Sunday Brief, please have them drop a quick note to sundaybrief@gmail.com and we’ll subscribe them as soon as we can (and they can go to www.sundaybrief.com for the full archive).