Greetings from Kansas City, Denver, Austin, and Dallas (yes, it’s been a travel week).  While helping StepOne with their office move (more on StepOne here), I came across one of those low-tech innovations created by local brewery Austin Beer Works:  the 99-beer case.  (Why do I have a feeling that this will become a common sight around university campuses in the greater Austin area).  Just goes to show that innovation need not be confined to hardware and software.

I received several comments on last week’s brief indicating that I was being biased towards the “edge providers” meaning AT&T, Verizon and Comcast.  Having been in the middle of interconnection and peering negotiations and discussions for the better part of the last decade (these were Tier 1 backbone vs. Tier 2 IP peering negotiations), I appreciate the frustration that all sides of this debate feel, especially as new technologies like 4K place even greater strain on the system.

I absolutely love the impassioned dialogue and perspectives that many Sunday Brief readers bring to the table.  Understanding multiple perspectives is what increases our total knowledge.  Chairman Wheeler’s comments implied that greater wireless regulations were coming as result of actions such as those described below (see July 25-31 Top Ten item).  I am just not certain that the FCC can fix cell site congestion issues in West Des Moines or Manhattan better than Sprint or T-Mobile.

One idea that was raised is increased reporting disclosure for both wireline and wireless providers.  Before signing up for AT&T U-Verse, it would be useful to know in my neighborhood how many new connections AT&T made, what the average attained speeds have been for the past six months to a year, and how many customers left within 90 (or 120) days of activating service.  This information could be easily made available and disclosed in conjunction with any advertisements through a hyperlink.

No doubt that there will be anamolies, but, like airlines who have to report lost luggage and average flight delays, we’ll see who is delivering on their promises and who is falling short.  And while some companies may be afraid of how this information will be used, I think it might actually lower operating costs in those neighborhoods with old plant and long loop lengths.  Using aggregated information that would allow consumers to evaluate price/ performance tradeoffs before they purchase broadband services would be a home run for the Commission and the industry.

On wireless, this will be a bit trickier, but perhaps the FCC could sponspr a report by cell site showing average throughput, how often the site reaches its maximum, and other information for each carrier (this information is used to manage the network today).  Citywide data is largely available today through RootMetrics who tests many cities every six months (I am a frequent reader – here’s their latest report on Salt Lake City). This would allow customers to acurately gauge their expected troubles with their service prior to purchasing a wireless product or service.

There is a meaningful role for the Commission as wireless and wireline broadband continue to grow rapidly, but it centers on customer needs and measuring carrier performance, not operating IP interconnection points.  More to come in October as the FCC announces their action plan.

Ten Events That Shaped the Quarter

For the next two weeks, we will explore the top 10 events (in chronological order) for the third quarter.  If you would like to see the first and second quarter write-ups, they are here and here.  These events promise to shape the futures of many communication service providers over the next 6-12 months.

Having made significant product and pricing changes that we outlined in our review of key events of the second quarter, T-Mobile turned their attention in July to increasing their small business distribution.  After considerable testing and refinement, T-Mobile announced their Channel Partner Program in July, starting with six master agents:  Planet One, Innovative Communication Services, Cellular Optimization, Advocate Networks, TBI & Nexlink.  It is likely that these partners were able to have a moderate impact on T-Mobile’s overall additions in August and September, and will become an even more important part as T-Mobile rolls out Wi-Fi calling for business customers.

Things really began to heat up at the end of July when Verizon announced their plans to disproportionately limit LTE speeds for Unlimited plan subscribers.  Their announcement (see here), drew immediate criticism from FCC Chairman Wheeler.  From his letter to Dan Mead, President and CEO of Verizon Wireless:

“Reasonable network management” concerns the technical management of your network; it is not

a loophole designed to enhance your revenue streams. It is disturbing to me that Verizon Wireless would base its “network management” on distinctions among its customers’ data plans, rather than on network architecture or technology. 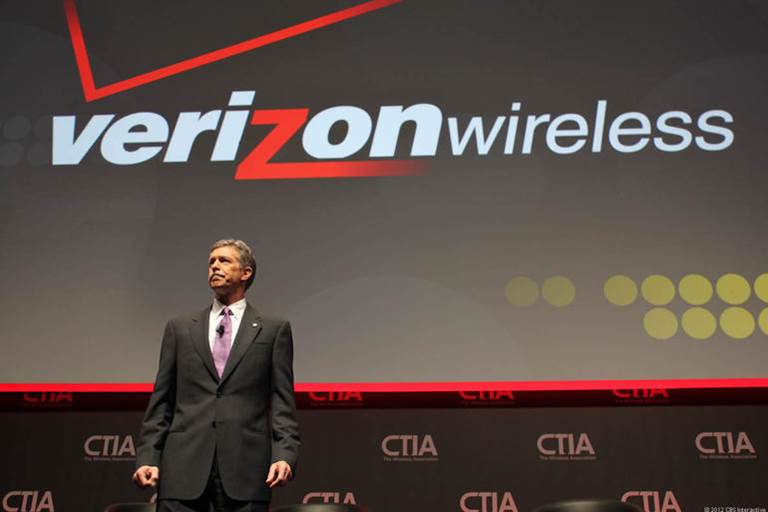 Verizon responded through comments from Mead in which he said “our network practices have been midunderstood by the Chairman” as well as through a letter from Kathleen Grillo, Verizon’s SVP of government affairs, which outlined the specific terms where optimization would take place.  While her “everyone is doing it” response drew particular ire from the media, Sprint snuck into the fine print of their new 20GB for $100 data plan (which will be covered next week) that “Other plans may receive prioritized bandwidth availability. To improve data experience for the majority of users, throughput may be limited, varied or reduced on the network.”  I guess if you can’t beat ‘em, join ‘em.

The final chapter has not been written on this saga.  Look for increased rhetoric (and more) in the fourth quarter.  If bit prioritization has to occur (and it does at certain urban cell sites during certain times of the day), Verizon’s approach appears to be sound and fair to all users.

July:  The LG3 and the Amazon Fire Phone launch in stores.  One is a surprising success.

There were several memorable devices for the third quarter (and we will cover the iPhone announcement and launch next week).  One surprise was the LG G3, which was called by Engadget “the company’s best phone yet.”  By the end of August, many were speculating that worldwide LG G3 sales has topped 10 million, which would make it the best selling device in their history.  While LG’s quality has always been above par, current reviews have been very strong, and this explains why there are many stories showing it’s challenging Samsung Galaxy S5 sales outside of the US. 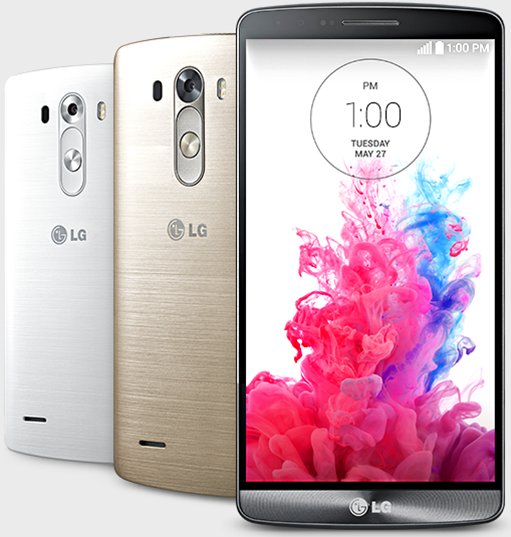 Contrast this with the Amazon Fire Phone.  We have written on this in several previous articles, and will discuss in greater detail next week when we talk about Amazon’s revamped Kindle lineup.  As Engadget summarized in their review, “Amazon’s debut phone isn’t bad, per se, but there’s little incentive for anyone to switch carriers or platforms to buy it. Its unique features don’t provide enough utility, and come at the expense of both battery life and performance.”

What made the LG G3 so successful was also what doomed the Fire Phone from the start – distribution.  Amazon should have called the Nokia folks who tried unsuccessfully to re-launch their company in the US with the Lumia 1020 in 2013 (see article here).  Fortunately, Amazon has made some terrific decisions on new versions of the Kindle which more than make up for Version 1 of the Fire Phone.

July 29:  Windstream announces decision to spin off their network assets into a REIT.

This announcement gave traditional wireline telephone providers some late July media exposure.  Windstream faced the opportunity to reclassify their local network assets (which they will continue to manage), and, in the process, achieve more favorable tax treatment on the associated dividends.  The company pledged to spend the foregone taxes on driving up penetration of 10 Mbps and 24 Mbps speeds throughout their footprint.  See their announcement here for more information.

As the stock price chart shows, Windstream was already on an earnings roll prior to the announcement.  Their disciplined decision structure and management expertise has helped them recover from significant market share losses to the cable industry.

Interestingly, no one has followed Windstream’s announcement – yet.  Anything that complicates potential future consolidation (perceived or real) might not be attractive to Cincinnati Bell, TDS, or Frontier.  Windstream will always have the distinction of being first – they will likely not be the last.

The changes at Sprint (covered today) and the associated disruptive pricing changes (to be covered next week) may be the biggest event of the third quarter, and likely one of the top five for the year.  As has been discussed in numerous retrospectives, Sprint’s ability to receive regulatory approval for their proposed merger with T-Mobile faced headwinds from the start.

Hesse’s exit was as quick as the changes that Claure has and will implement.  In the past several months, Dan Hesse (CEO), Steve Elfman (Network and Wholesale), Bob Azzi (network), Paget Alves (sales and retail), John Dupree (enterprise sales), and many other senior executives have been shown the door.  According to this Kansas City Star article, Sprint has already reduced their work force by 3,000 or 8% since March, and that further changes in the network and IT organizations are largely a reflection of decentralization and Vision wind-down activities (both pre-date Claure’s CEO tenure).

Cutting jobs outside of network and IT would likely mean changes to Sprint’s distribution strategy.  Sprint still has approximately 1200 company-owned stores which employ approximately 20,000 employees.  One of Dan Hesse’s first acts to stem the bleeding in 2008 was to close 140 stores and eliminate 4,000 other third-party retail relationships (see Q1 2008 earnings release here).  His successor will likely follow suit and prune the store network outside of Sprint’s Spark markets.

As I indicated in my Bloomberg interview (see here), Marcelo is an entrepreneur.  He learned about the telecom industry from a procurement and logistics perspective.  Judging from his first six weeks in the new role, this background should serve him well, but needs to be supplemented with a keen and precise understanding of where sustainable competitive advantage can be demonstrated.  The answer to that question may take longer than six weeks to answer.

Next week, we’ll cover the remaining five events and talk about their implications to the all important fourth quarter.  Until then, if you have friends who would like to be added to The Sunday Brief, please have them drop a quick note to sundaybrief@gmail.com and we’ll subscribe them as soon as we can (and they can go to www.sundaybrief.com for the full archive).