T-Mobile’s “To Do” List; Initial Reaction to Samsung Galaxy Announcement 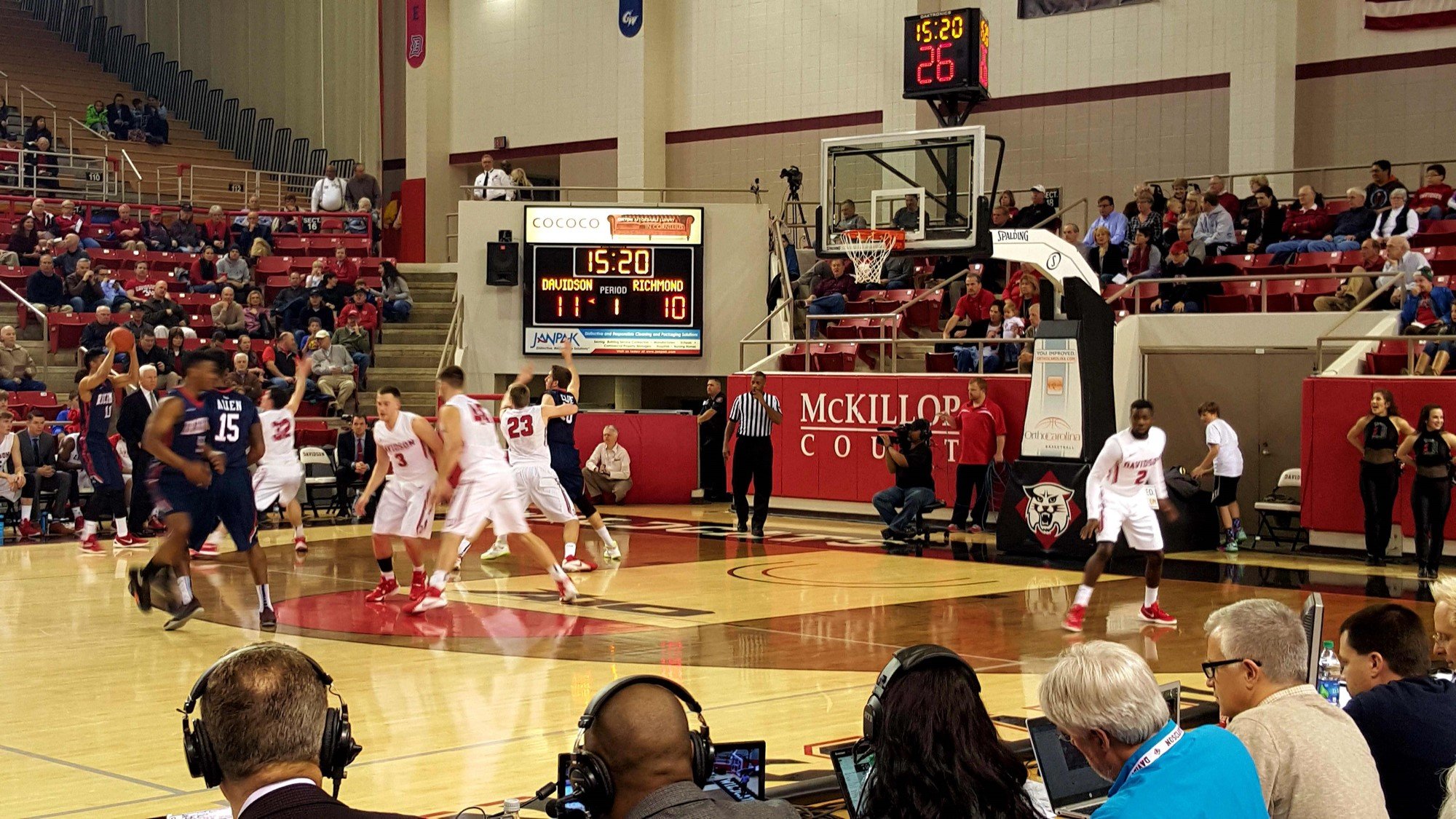 Greetings from Charlotte (Davidson College playing University of Richmond, pictured) and Dallas.  We have a lot to cover this week with T-Mobile earnings and Samsung’s announcements from Mobile World Congress.

While we had a lot of information already on T-Mobile’s subscriber growth from their January pre-announcement (see our January analysis here), this week’s earnings conference call filled in the gaps on the fourth quarter and provided meaningful guidance for 2016.

The most important words from T-Mobile’s call were “stability” and “growth.”  Have a look at their ARPU and ARBU statistics from their earnings release:

Phone service revenue growth is up 13.2% from 4Q 2014 to 4Q 2015.  Average phone subscriber growth is up 13.8% over the same period.  This translates into an ARPU loss of 0.44%.  Headline: The full effect of all of the Uncarrier moves (with the exception of Binge On launched in 4Q) is less than 1% to service ARPU.  And, as T-Mobile’s COO Mike Sievert described on the conference call, T-Mobile has successfully been able to upgrade spending levels in accounts at a greater rate than the competition. 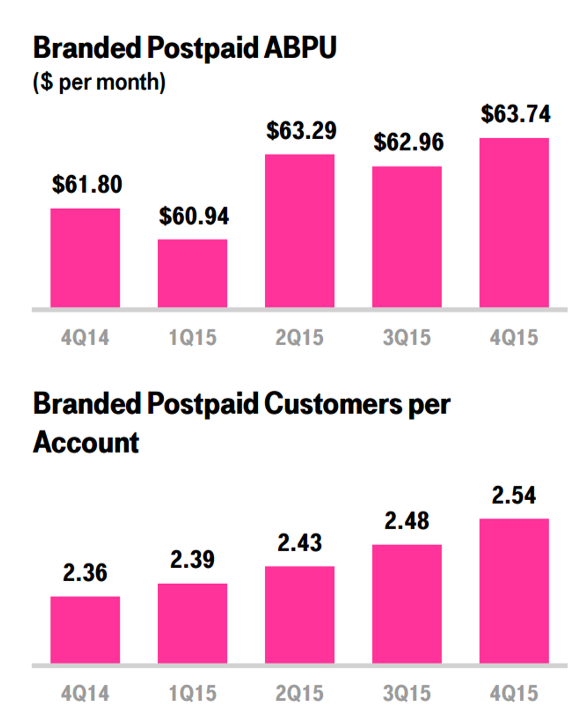 T-Mobile has begun to add tablets to their selling mix as well (many incoming customers are bringing tablets with them, costs continue to plummet, and Sprint was also in the market in 4Q with a tablet offer) with 1 million tablets added in 2015.  From the tables above, the average ARPU on tablets is $27.57/ month ($179 million in 4Q revenues divided by 2.164 million average users) which is also in-line with or slightly ahead of the industry (tablet-only plans start at $20/ month for 2GB and each additional user is $20.  A $10 discount applies to the tablet plan rate if the device is combined with a phone offer).

Combining service, equipment installment, and leasing revenues, T-Mobile managed to grow total postpaid Average Billings Per User by 3.14% year-over-year ($61.80 to $63.74).  AT&T’s phone-only ARPU + Next Billing (the closest surrogate to the T-Mobile ABPU) grew from $65.87 to $68.91 or 4.62%, based entirely on growth in Next billings (phone-only ARPU was down 2% year-over-year).  Sprint’s growth in ABPA is driven by a loss in accounts; ARPU decrease was 7.7% year-over-year.

To win in the newly bifurcated world (service and equipment revenues separated), carriers will need to offer services that compel users to grow their total spending (using Verizon’s term, to “buy up”).  This cannot happen unless the value equation is correct – network quality needs to match the monthly service revenues charged (and this service fee must be weighed against all of the other ways the consumer or small business could spend that money).

T-Mobile has figured out this equation:

This is a big change from the “Bring any AT&T device” that was employed just a few years ago (think before T-Mobile had the iPhone and the aggressive efforts to employ a Bring Your Own Device or BYOD strategy).  Given the deployment of 700 MHz spectrum to 190 million POPs today (growing to 250-260 million POPs with deployment of owned and newly acquired spectrum), and the corresponding reduction in traditional GSM capacity (which would be applicable on an older device), having new customers join the T-Mobile experience on their best network is essential. 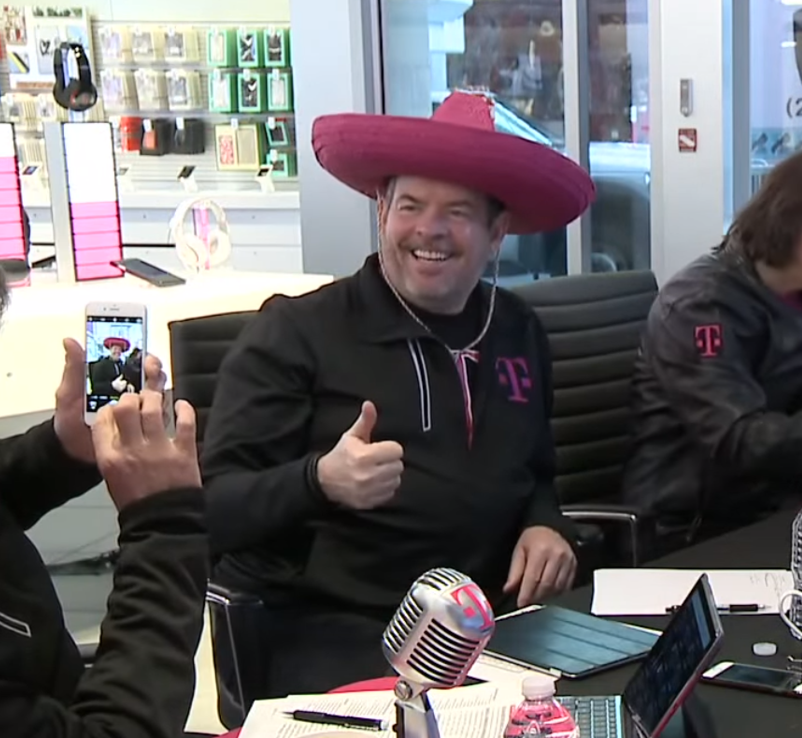 The other important headline from fourth quarter earnings is free cash flow generation.  Over the past two years (2014 and 2015), T-Mobile has burned through $1.3 billion in cash ($9.6 billion cash flow from operations less $16.8 billion in spectrum + capital + other short-term investments plus $5.9 billion in increased financing activities).  Over that same period, they have added just under 12 million branded postpaid and prepaid customers, acquired two major blocks of spectrum (one of which has not been deployed), finished up the migration of Metro PCS, and rolled out LTE to over 305 million POPs.  Headline:  T-Mobile has redefined financially prudent multi-tasking for the telecommunications industry.

With all of this growth comes growing pains.  CFO Braxton Carter described a “substantial” systems re-architecture and overhaul that is keeping their G&A costs higher than normal (this should be expected when you grow 12 million net branded subscribers in 24 months).  The pace of T-Mobile Premium Retailers is probably not where management would like to be entering the year (management hopes to have 700 MHz network and distribution in place for 230 million POPs this year).  And, while the percentage growth rates (likely from small numbers) for business are strong, T-Mobile needs an experienced partner who can bring in-building coverage to a new level (tw telecom/ Level3 and/or Comcast would be my picks to challenge AT&T and Verizon’s enterprise chokehold).

Bottom line:  If all of the other parts of the country stayed even on subscriber additions (churned customers = gross additions), and T-Mobile were to have a stellar 700 MHz grand opening for new markets covering 20 million POPs (in cities like Boston, San Francisco, San Diego, Las Vegas, etc.) and they were able to have 4 months of aggressive gains in another 20 million POPs they recently acquired, the low end of their guidance of 2.4 million net new subscribers would be met (1.8 million from a full year of the first 20 million + 0.6 million from five months of the second 20 million).  T-Mobile’s 2016 future depends on new 700 MHz market launches and maintaining low churn levels across the total base.

We at the Sunday Brief have just finished watching the Samsung Unpacked 2016 livestream and have to admit we came away feeling left out.  Currently, we own and use a Samsung Galaxy S5 (the last Galaxy device with a replaceable battery) and a Galaxy S6 Edge.  We’ve been Samsung fans since the Galaxy S III and are still learning about features on each model. 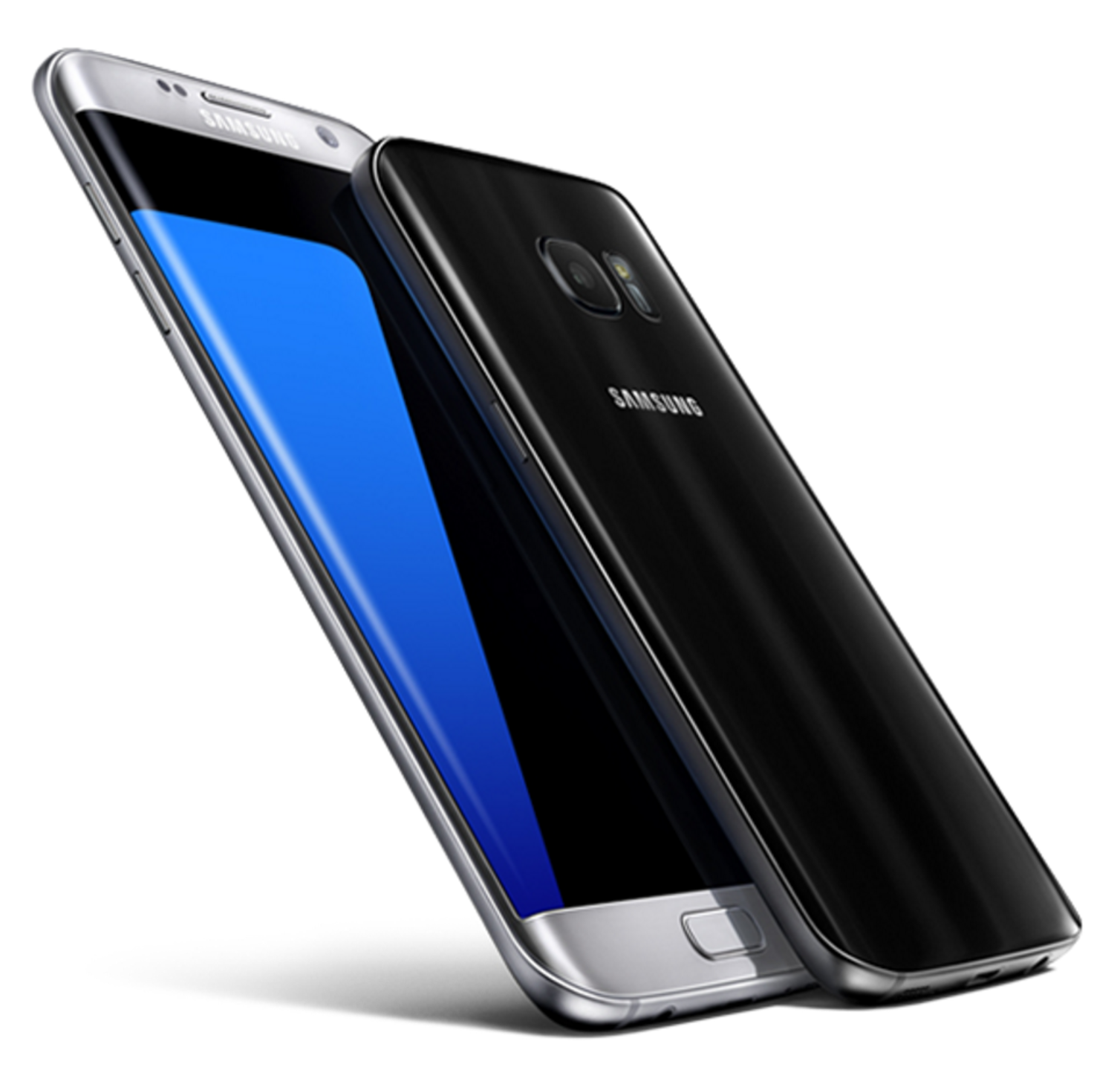 Samsung has focused on two (maybe three) markets with this device:  a) Gamers (GPU up 60+%), b) Photography enthusiasts (dual pixel capabilities; low light improvements), and c) Gamers who are virtual reality enthusiasts (including Mark Zuckerberg who overshadowed the event with his appearance at the end of the session).

To Samsung’s credit, many of us have taken advantage of the Galaxy S5 to learn the art of cropping and also how to easily post to Facebook and Instagram (we also started to use Drop Box after purchasing the S5).  We’ve taken first panoramic views with the Galaxy S6 Edge (and they have graced the cover of several editions of the Sunday Brief).  We want to take better photos, but realize that sometimes the camera can only do so much – sometimes it’s the user.

An incremental color splash is good (Will we ever want to go back after using the S7?) but could you provide the ability to (voice) record a title for photos immediately as they are taken?  Or generate an email of the photo to the most frequent photo recipients (which is likely a very small subset of the contact list) – insert more shortcuts to commonly used apps and recipients?  Headline: Samsung has done a lot to improve the photography product – now it needs to improve the process.  This is long overdue.

While Samsung is going to include a free Gear VR and some games to get me going (a huge incentive), will this entice user to make the Gear a regular part of their lives (some Sunday Briefers are as old as their 40s, and Gear is likely oriented towards the 20-year old set).  To make a believer, Samsung needs to provide a NASCAR Daytona 500 experience over R, or introductory rock climbing, or a tour of the Louvre, or private language instruction.  Simply making games better diminishes the market opportunity.  Give us more Deadliest Catch – VR edition and less Gunjack.

Next week, we’ll look at remaining earnings due out from Cablevision and Windstream, and cover any continuing headlines from Mobile World Congress.  Until then, please invite one of your colleagues to become a regular Sunday Brief reader by having them drop a quick note to sundaybrief@gmail.com.  We’ll subscribe them as soon as we can (and they can go to www.sundaybrief.com for the full archive).  Thanks again for your readership, and Go Davidson Wildcats!