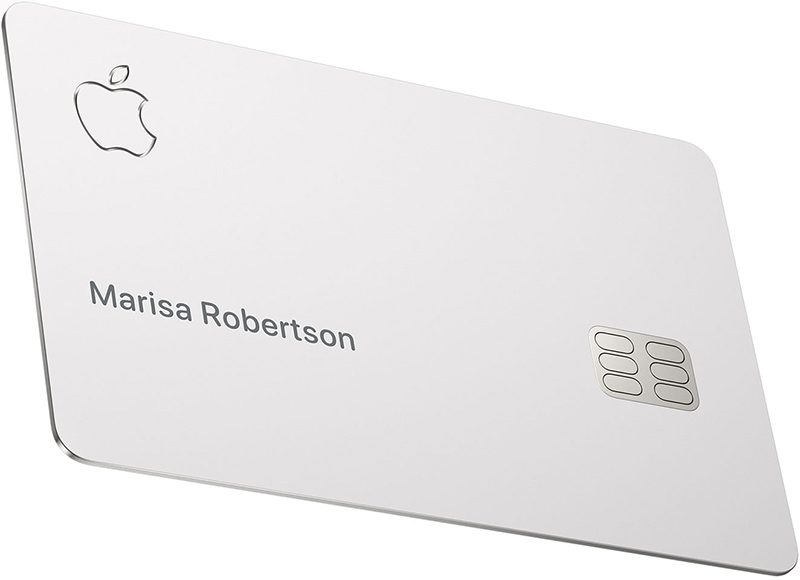 Apple Card launched in the U.S. in August, and we’ve been thrilled by the positive reception we’ve seen. Users can apply for Apple Card through the Wallet app on iPhone in minutes and start using it right away in stores, in apps and on websites. They’ve told us they love Apple Card’s simplicity, privacy, security, and transparency, which has helped them make healthier financial choices. Apple Card has absolutely no fees, and major apps and retailers like Uber, Uber EATS, Walgreens, Duane Reade, and T-Mobile have already joined to offer 3% daily cashback on Apple Card transactions.

And I’m very pleased to announce today that later this year we’re adding another great feature to Apple Card. Customers will be able to purchase their new iPhone and pay for it over 24 months with zero interest. And they will continue to enjoy all the benefits of Apple Card, including 3% cashback on the total cost of their new iPhone with absolutely no fees and the ability to simply manage their payments right in the Apple Wallet app on iPhone. We think these features appeal broadly to all iPhone customers, and we believe this has been the most successful launch of a credit card in the United States ever.

The above quote Is from Tim Cook on the October 30, 2019 Apple earnings conference call.  As many of you know, we sensed something was up when the Apple Card launched and then wrote about it in an article on August 18 titled “A Wolf in (Titanium) Sheep’s Clothing?”

Many have asked how this could impact the carriers.  This depends on where the greatest loyalty is (Apple is likely a more attractive brand than Verizon or AT&T), and the extent Apple advertises this promotion.  There were few who thought that the Apple Card would be attractive enough to be the most successful US credit card launch ever.  It could represent 5 million less carrier sales over the next 12 months, or it could be 20 million.

A phone purchased with the Apple Card (even if purchased at a Verizon store) is not subject to unlocking or payment restrictions that currently exist with the carriers.  If the carriers continue with month-to-month plans, switching becomes a lot easier to do since the payment for the device is not going through Verizon or AT&T but through Apple.  And, just to make it richer, the 3% instant discount applies (the closest analogy I can think of is purchasing gasoline for $2.29 at the local Shell station instead of paying $2.34 at the BP across the street).  $30 per $1000 paid is not a deal maker, but, other things equal, is certainly not a deal breaker.

More importantly, Apple now sells the device protection, which Verizon cited as a profit generator in their recent earnings call.  For every $14-15 paid per month, Verizon could make as much as $6.  That’s material across a customer lifetime.

Month-to-month contracts cannot be sustained with the loss of carrier Equipment Installment Plans.  It will be very interesting to see the next moves by the carriers.  More on Sunday (if you are not a Sunday Brief subscriber, send an email to sundaybrief@gmail.com and we will sign you up).