Some Questions for Netflix (and the FCC) 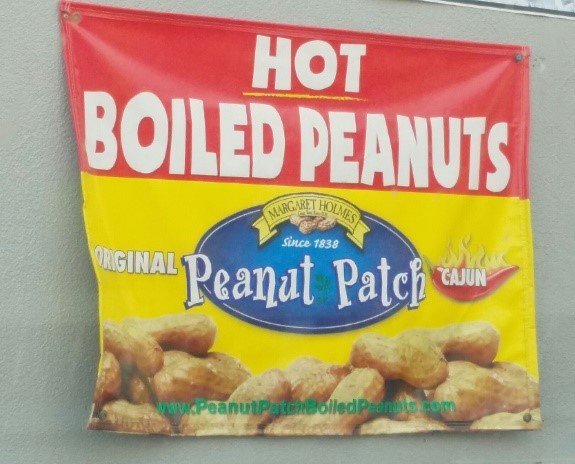 April greetings from Dallas, Charlotte, and Effingham, South Carolina (home of Margaret Holmes’ Peanut Patch Hot Boiled Peanuts – sign pictured).  The past two weeks have been busy; rather than diving too deep into one event, we’ll cover several important items instead.  But first, a quick roundup of the April Fools jokes from the telecom and Internet industries.

April Fool’s Day:  Some of These Ideas Are Good!

We could do an entire article on the creativity of April Fools pranksters.  In the interest of discussing more substantive matters, however, we’ll limit ourselves to five that we thought were particularly innovative:

Some Questions for Netflix (and the FCC)

The Wall Street Journal reported last Thursday (not on April Fool’s Day) that Netflix has been throttling their video content to 600 Kbps when it is destined for AT&T and Verizon (and most other wireless carriers across the globe), but not when it is headed to Sprint or T-Mobile.

Netflix has been muted in their responses since the report has been issued, with only the Director of Corporate Communications commenting through a carefully scripted blog post that basically says “We’re working on it” (see here).

Here’re some questions that Netflix should answer:

Of biggest concern is the customer service aspect.  If Netflix service agents were not given the information or tools to accurately describe their wireless throttling policies, then there were likely thousands of calls per month made to AT&T and Verizon wireless agents trying to solve issues that originated with Netflix.  Verizon and AT&T could have had (and likely did have) network issues that prevented a good viewing experience, but Netflix made the troubleshooting issue more difficult by withholding their network practice.

Netflix is not the only one who is at fault here, however.  How the Open Internet Order was ultimately determined at the end of 2014/ beginning of 2015 should also be scrutinized.  The FCC faced a choice to increase their potential regulatory reach to edge providers such as Google, Netflix, Hulu, and Amazon Prime.  Here’re a few questions for each of the commissioners and Chairman Wheeler:

Given the unprecedented editorial influence over the final Open Internet Order draft that edge providers were rumored to have had, there should be a full reconciliation and publication of the “voted on” version and the final publication of the Order.  A simple redline could shed a lot of light on the process.

AT&T is Becoming an Unlimited Company

“Bundle and Benefit.”  With these three words, AT&T has taken a page out of the cable playbook and used it against them.  It’s hard to believe, but there was a time when we paid for voice by the minute.  Voice customers had to know where the other person lived and whether that would result in additional charges.  Because of the uncertainty, customers held back, called at different times during the day, or made sure that they were “Friends” or “Family.”

Those were the early days of wireless voice, a similar model to what existed in the archane world of fixed/ landline service.  Longer distance calling meant higher charges, potential international settlements, and the like.

Cable’s Triple Play (and the introduction of unlimited wireless services from now forgotten MVNOs like Helio) made unlimited products an easy to understand and essential part of the telecom vocabulary.  Cable TV has always been unlimited (much to the chagrin of many parents).  High Speed Internet started as unlimited, although to a select few some caps may kick in for certain speeds.  When voice was introduced, it followed the unlimited pattern (and was priced at a slight premium to most fully featured local phone services). 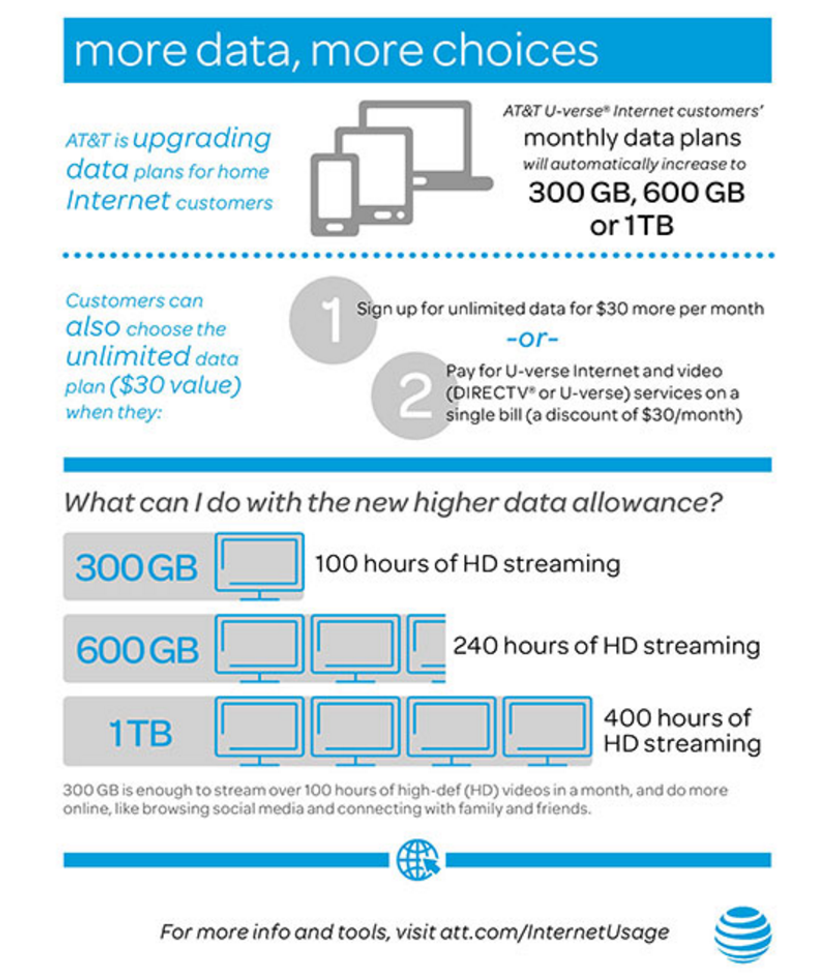 It was the easiest sell on the planet:  Unlimited usage of home entertainment and communications essentials for $99 (then $89 and now in some promotions even $79).  Service was correspondingly easy – calls continued for standard network issues, but for the first year, the price remained constant.

AT&T watched what remained of the wireline voice market migrate to cable.  They also saw the unlimited message begin to penetrate the wireless carrier community as well (ironic as AT&T wireless pioneered single rate pricing a few years earlier).  Sprint began to offer truly unlimited wireless service for $99 (later $109) per line in 2008.  T-Mobile followed, as did other smaller providers.  All of this happened just as 3G networks were being replaced by 4G/ LTE speeds.  At this time, AT&T had the exclusive distribution rights to the bandwidth-intensive iPhone, so following their competition would have had significant network consequences.

AT&T ended unlimited data plans for wireless customers in June 2010.  This hiatus continued for over five years until the DirecTV merger was completed.  In January 2016, AT&T resumed offering unlimited LTE data (no throttling until 22GB per line threshold is reached) but there was a catch:  Customers needed to subscribe to DirecTV and AT&T Wireless.  The Double Play (Video + Wireless) was born.

The two-fer has enjoyed some success with over 2 million new or existing customers signing up for service.  Analysts predict that an additional 5-6 million will sign up for the service in 2016.  While this is a mere 10% of AT&T’s postpaid smartphone base, it’s not crazy to assume that 30-40% of the base could move to unlimited if the plan structure is right (this includes reasonable costs for DirecTV).  Four lines of unlimited wireless voice/ text/ data service for $180 is a very attractive rate.

This week, AT&T sweetened the pot even more as they announced new High Speed Internet pricing structures.  If a customer wants truly unlimited data, they will have to pay an additional $30 or have a qualifying DirecTV or U-Verse TV service (AT&T’s full announcement is here).  This means that a stand-alone customer in Dallas selecting 18 Mbps service (only) would pay $75 ($45 + $30 unlimited premium) per month for their service (Time Warner Cable charges $45 for 5x the speed with no caps).  That’s $30 more for 20% of the total throughput with Charter committing to keep the “no caps” policy provided that their merger with TWC and Bright House Networks is approved.

Bottom line:  AT&T got it right when they reintroduced unlimited wireless with DirecTV.  They started to get it right with unlimited U-Verse Internet with DirecTV (or U-Verse TV) but forgot to give consumers what they wanted most – more speed.  They need to introduce a free speed upgrades, and not the threat of capped surcharges, as a part of the bundle to compete against cable.

Thanks for your readership and continued support of this column.  You will not want to miss next week’s “First Quarter Earnings Watchlist” issue.  Until then, please invite one of your colleagues to become a regular Sunday Brief reader by having them drop a quick note to sundaybrief@gmail.com.  We’ll subscribe them as soon as we can (and they can go to www.sundaybrief.com for the full archive).  Thanks again for your readership, and Go Royals!