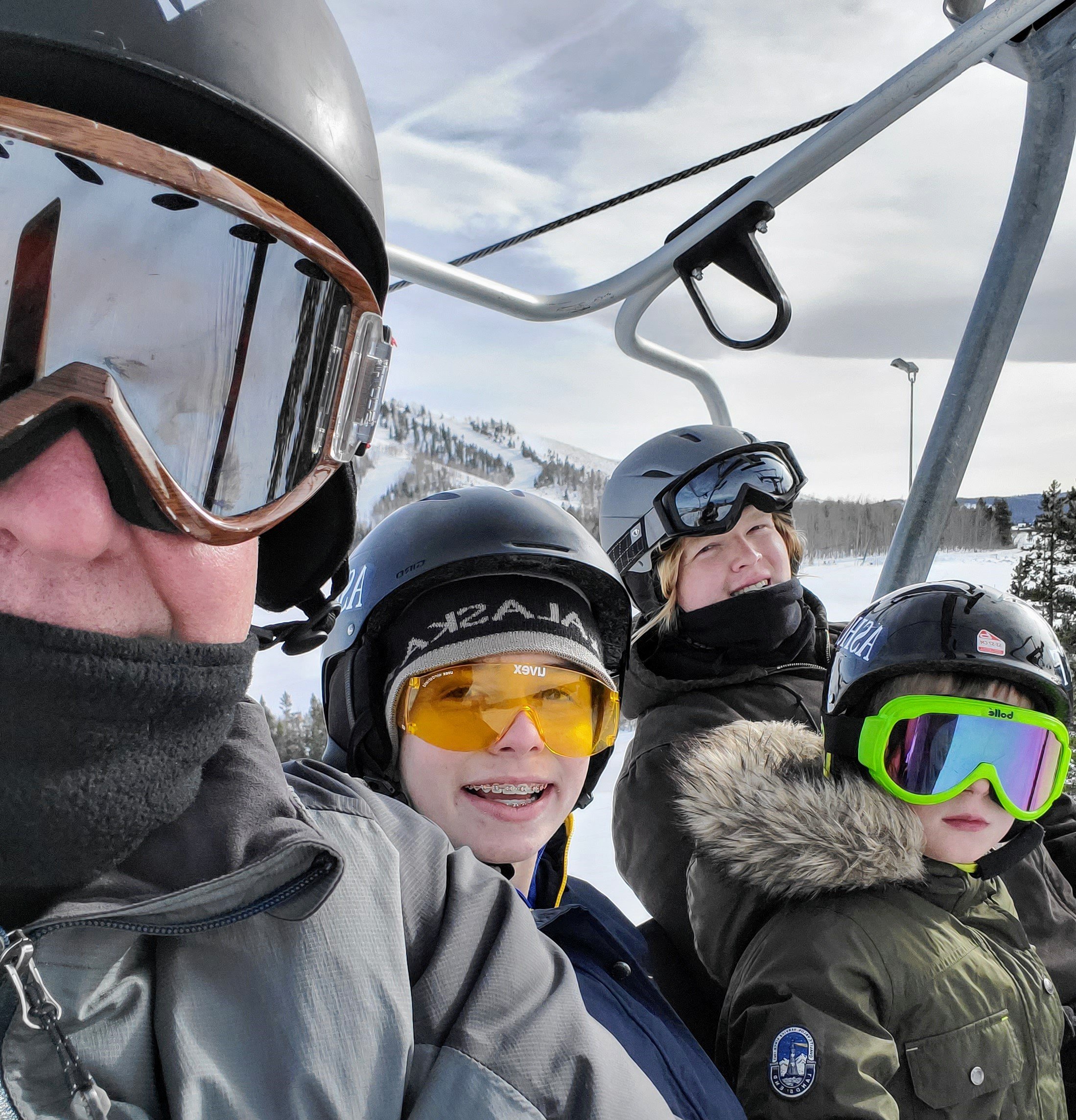 Greetings from the slopes of Fraser, CO (pic from the previous week) and Lake Norman, NC where we rang in 2020, toasted with friends and caught up on sleep.  We hope each of you have a banner year filled with happiness and success.

About 170,000 of us are predicted to descend on Las Vegas, Nevada, starting today for the annual Consumer Electronics Show (CES).  It’s a logistics and endurance test for most folks with three separate exhibition halls and scores of events.  Most importantly, it’s a test of growth, as new technologies compete for global marketing and development resources alongside existing standards and protocols.

This week, we’ll examine three of the changes that are taking place.  But first, some commentary on events of the past two weeks.

The Attorneys General v. T-Mobile, et. al., trial finished and opinions poured in while the rest of us were either preparing, hosting or traveling for the Christmas holiday.  Light Reading posted “An Insider’s View of the Sprint/ T-Mobile Trial” on Christmas Eve in which Matthew Lee described in detail the volleys over the two week event.  His conclusion (note – Mr. Lee is a good reporter but not a telecom analyst) was “A betting man, having observed the trial, might predict that Judge Marrero will deny the states’ request to block the merger, thereby letting it go forward, sometime after he hears final oral arguments next month.  But when a multi-billion dollar merger comes down to a single individual’s opinion, one never knows.”

This echoes the opinions of two of three noted telecom industry analysts (Walt Piecyk with Lightshed, Rick Prentiss at Raymond James, and Paul Gallant at Cowen), summarized here in a Fortune column.  As we noted a in the December 23 TSB, Judge Marrero conducted a speedy trial which we think has been widely misinterpreted as “his mind was already made up.”  Attorneys like the spotlight, and, as Lee describes in this column, the states appeared to be more focused on the “but you said… gotcha” comments of T-Mobile, Sprint, and Deutsche Telekom executives.

There are two items that did not receive enough attention in analysts’ comments, and perhaps the trial itself.  First, there is a closed door session in which Charlie Ergen, the Dish CEO, describes the Dish go-to-market plan and their work with one or more large companies (presumably Google, but we cannot rule out distribution partners like Apple or Best Buy).  The classified documents that were distributed in that session could be a total smokescreen, or (more likely), clear evidence that Dish can create a competitor to Verizon, AT&T, and the new T-Mobile.  While Dish is likely to receive at least $10 billion in new financing (and a new 5G architecture called “stand-alone 5G” that will support lower cost equipment), a major distribution partner adds credibility.

It’s important to note that the merger opponents’ message has shifted from “Dish cannot build a meaningful competitor (presumably ever)” to “Dish cannot build a meaningful competitor in four years.”  This is a subtle but important change and a goal post movement – the same states that are suing to block the merger are the ones that can actually accelerate Dish’s deployment (!).

The second item that seems to have been missed in the trial is that the fourth competitor already exists in wireless, and it’s not Dish.  Technology is moving at a very rapid pace, and new models are emerging that could render the “one phone, one SIM, one service provider contract” model obsolete.  We have discussed the role of eSIM in several columns (good summary is here), and we recently discussed the DOJ settlement with AT&T and Verizon concerning their eSIM implementation objections here.  Enabling choice within many existing devices (iPhone XR, XS, XS Max, iPhone 11, iPhone 11 Pro, and iPhone 11 Pro Max all have the technology) seems like an instant alternative to the SIM-switcher model, and the new T-Mobile agreed to implement the technology in their settlement with the DOJ.  Combine eSIM with Apple Card and monthly financing, and the ties that traditionally have bound wireless subscribers to Verizon or AT&T are gone.

But wait, there’s more… Last month, the FCC announced that they were considering employing a model similar to that used for CBRS (spectrum sharing, which eliminates the initial spectrum purchase barrier to entry) in the 3.1 – 3.55 MHz range, just below the CBRS band (Light Reading article here).  Combine this with the max 150 MHz spectrum available for CBRS (re: the CBRS Preferred Access License does not lock up the spectrum as a traditional license purchase does – it merely grants preference) and you have the spectrum equivalent of the new T-Mobile.

And, if you still want more, look at how Altice implemented their MVNO agreement with Sprint which allows for something called “core control,” the holy grail for the MVNO community, which easily allows new carriers to switch from one network to the other, effectively creating a “least cost network” for the wireless industry.

Bottom line:  The FCC, Congress and the states can push the technology envelope and create a viable, facilities-based fourth alternative for MVNOs.  They can do this as a hedge to Dish’s success or enable Dish to be an active participant/ beneficiary of the process.  Shared spectrum + eSIM is a tasty cocktail for competition and will only get better with time.

Cincinnati Bell and Brookfield – If a Tree Falls in the Forest…

On December 23, Cincinnati Bell announced that they would be acquired by Toronto-based Brookfield Capital in a transaction valued at $10.50 per share or 7.6x trailing 12-month EBITDA.  Including debt, the total transaction value is $2.6 billion.  For those of us who have been following the Cincinnati Bell process, this seems a bit rich even for an infrastructure fund that’s trading at 2.32x trailing 12-month revenue (the transaction is for 1.8x revenue).

While it’s a terrific value for the CBB shareholders, it’s difficult to read a lot into this for the local telephone industry prospects generally.  CenturyLink (CTL), a decent proxy for the local phone industry, has dropped 4% since the CBB deal was announced, and has been a better investment for shareholders over the past two years (CTL down 27% vs 45% for CBB).

As we discussed in our three trends TSB here, home broadband is going to be getting a lot of attention this year.  This is going to place more pressure on SMB, Enterprise, and Wholesale (carrier) sales for the respective local telephone divisions.  But Verizon (in particular) is aggressively deploying fiber which is not going to stay idle, and capacity is going to be increasingly deployed to be the primary last mile for many branch/ small locations, especially in suburbs.  We’ll try to focus on this point in the fourth quarter earnings releases (although the information is increasingly harder to obtain), but last mile access is a disproportionately large portion of local carrier provider profits with rich margins and multi-year contract terms.  Special access is ripe for disruption, and Verizon will be at the forefront of that battle as a part of their One Fiber initiative.

All of this begs the question “How does CBB/ Brookfield impact AT&T’s thinking?”  Certainly, there are bankers touting how large swaths of AT&T’s footprint could be monetized at the CBB benchmark of $2,300 per revenue generating unit (RGU).  The better way to generate value (and we are confident that Brookfield is thinking about this) is to buy the “petals” that have value.  The latest telephone service area map for Ohio is shown nearby. 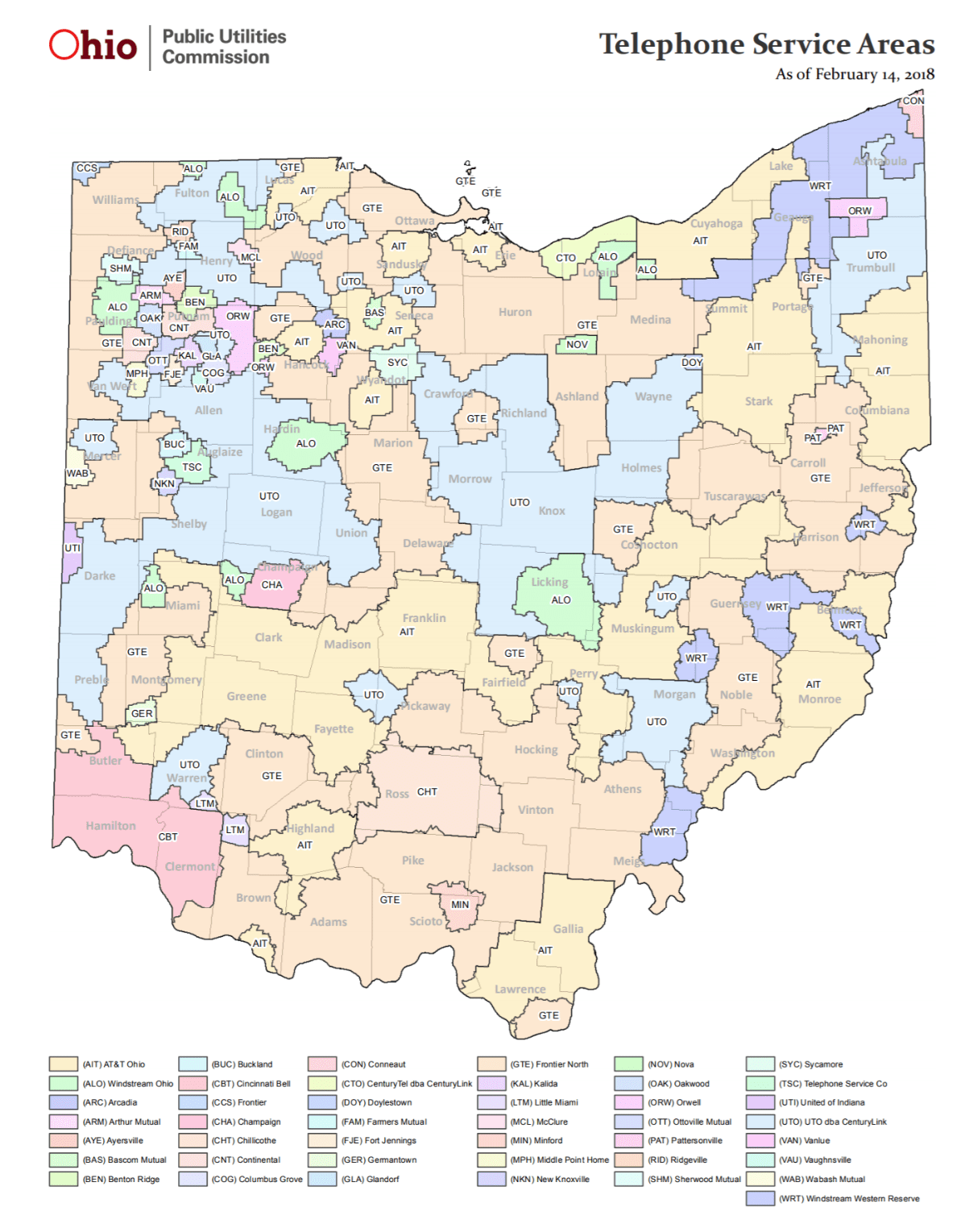 CBT (pink) is the Ohio area servicing Cincinnati.  UTO (blue) stands for United Telephone of Ohio, GTE for Frontier, and AIT for AT&T.  What’s the specific value of the Warren, Ohio territory?  It’s an island exchange which brings all sorts of increased costs and inefficiencies.  According to census reports, Warren County’s population is growing just over 9% in the past nine years (20,000+ increase).  Why not do what cable did 20+ years ago and re-cluster?  What’s the holdup?

Then there’s the issue of GTE/ Frontier which is teetering on the edge of Chapter 11, and Windstream (WRT in purple and ALO in green) who are already in bankruptcy with emergence not expected until early summer (at best).  Island exchanges made sense when it was a local telephone world and cable was providing TV only – the word for 2020 in the local telephone industry should be “recluster” and AT&T should lead the way.

Bottom line:  The CBB/ Brookfield transaction is rich and all cash.  There’s good value in the transaction if they can use Cincinnati as a base and purchase “petal” exchanges that are growing from others at attractive rates.  This is not a balance sheet or local copper renaissance, but a re-clustering project that can provide an effective wireline competitor to cable.

Like many of you, I’ll be at CES this week walking the floor, hitting a few parties (including our first TSB CES event at Gordon Ramsay’s Pub on Wednesday), and taking in a few keynotes.  If you prepare for it, CES is actually a very informative and fun event, but bring comfortable shoes.

The things I am looking for at CES can be summarized as follows: 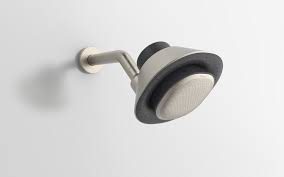 2. Smarter. Intelligence is being added to nearly all consumer electronics devices.  Worries about Alexa and Google listening into every spoken word are diminishing as their software appears to be embedded everywhere.  This shower head by Kohler (pictured nearby, article here) is a perfect example of something that was made smarter so we could sing better (no doubt, any advertisements for shampoo, soap, or similar products will be completely coincidence).

A good question I’ll be asking at the show is “How is the smartness of the next device added contributing to the overall intelligence of the platform?”  Can Alexa be smart enough to play my CNBC Sqwak Box audio feed with minimal prompting while I am in the shower provided it’s after 6 a.m. and before 9 a.m.?

Smart detection (vibration, sound, sight, etc.) feeds analysis and recommends (or directly undertakes) activity.  Clusters of correlated events (same time, same neighborhood, same school, same religion) can improve efficiency and customer experience, but it can also mess up.  I am looking for examples where the large analytical pools are constantly improving while protecting the privacy of an individual event (the evolution of Google Maps is a terrific example of improvement).

There is always a lot of interesting technology at CES.  Most of it fails to live up to expectations.  With more solutioning (hardware + network + software/ intelligence) at this year’s show, the utility of the technology might actually improve.  More on that in next week’s column.

Until then, if you have friends who would like to be on the email distribution, please have them send an email to sundaybrief@gmail.com and we will include them on the list.

Have a great week – see you at the show – and GO CHIEFS!