We’ll talk more about it in the week’s Sunday Brief, but the first quarter was very good to the wireless and cable providers.  Not as good to the remaining wireline telcos, thanks to the dividend cut and corresponding stock price hit that CenturyLink took in February.

The comments are on the slide so I will not repeat them.  But, when we announced in August 2012 that we were entering the “golden era” of value creation for wireless, we weren’t kidding.  They have a lot of ground to make up (2009-2011 were very good to Google, Amazon, Microsoft, and Apple) but the wireless and cable sector seems to be on their way to creating more value in 2013 and perhaps erasing all of 2012’s losses. 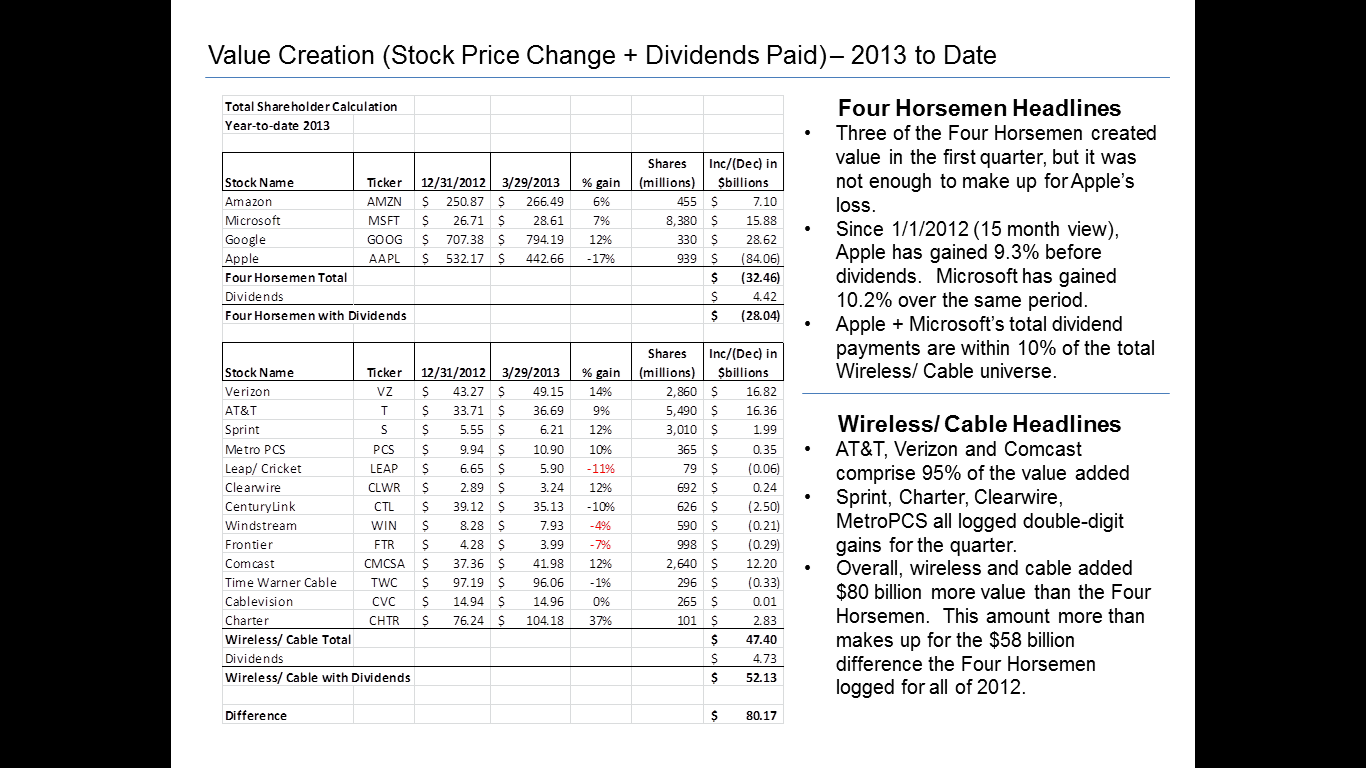