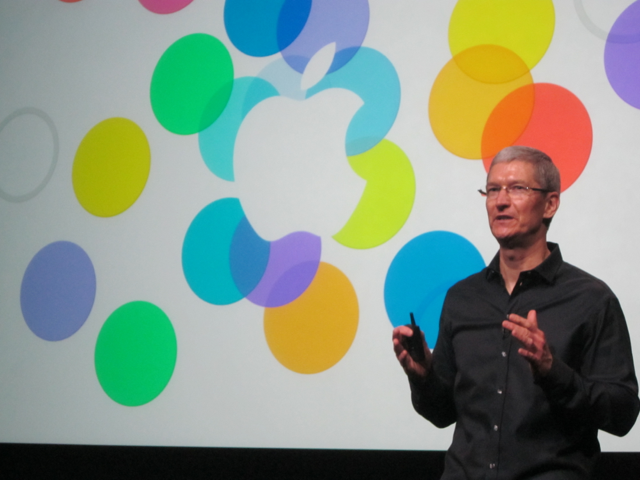 Greetings from Charlotte and Dallas, where summer is still hanging around.  This week, the Sunday Brief is devoted to the different strategies of Apple and Samsung.  The iPhone 5S and the plastic-backed iPhone 5C represent two significant announcements for the company, and signify Apple’s prioritization of global standardization and market share over innovation.  While this is not the beginning of the end for Apple, as some analysts have predicted, it is the beginning of a significant change in Apple’s strategy, and one which could be extremely valuable for Apple’s shareholders.

Many analyses have been completed on the features of the latest Apple devices (here’s the Engadget review to get you started).  Late in the week, however, each of the US carriers and Walmart announced their introductory pricing for the iPhone 4S (old Apple), the iPhone 5C, and the iPhone 5S:

While it seems like all four carriers have had the iPhone forever, this actually is the first simultaneous launch of a new iPhone product across the United States.

It is not difficult to see that AT&T and Verizon, the coverage leaders, have fully stuck with the Apple script and are following the $0/$99/$199 iPhone pricing formula.  Customers who are renewing their contracts can save $10-20 by upgrading their devices at Walmart instead of going to the AT&T and Verizon retail stores.  Whether that makes a big difference in store traffic at either the carriers or Walmart remains to be seen.  However, it was interesting that Walmart was prompt in announcing their iPhone pricing.

It is also interesting to see Sprint aggressively marketing the iPhone 5C and the 5S to switchers (defined by Sprint as landline or wireless customers who bring a ported number with the order).  For a “port” the customer will receive $100 off the price of the phone.  In their offer, Sprint describes this as an instant credit as opposed to a service credit which would be applied to one or more billing cycles.  Also, the offer language clearly states that this could be used in an “add a line” scenario where the home phone is ported from a landline to a mobile device.  I do not know if it will survive the “elevator pitch” but I am sure Sprint will use this promotion heavily this week.

Then there’s T-Mobile.  No contract pricing (although you need to pay off the phone balance if you leave prior to 24 months), combined with an aggressive 4 lines for $100 service plan offer could be the formula for an iPhone bonanza.

The most interesting thing about T-Mobile’s pricing is the gradations between the iPhone 4S, 5C and 5S plans.  Will customers really balk at $0 down and $18.75/ mo. vs. $0 down and $22/ mo, especially if the latter includes a faster processor and LTE network capability?  It’s not hard to see that T-Mobile will be a strong seller of the 5C.  In fact, they may as well call it the 5T because that is exactly where it will sell the most.

What does the chart tell us about Apple?  Not much.  They have less control over retail prices than ever before – that was expected (see the June 2 Sunday Brief for more details).  The result will not only be volatile (and lower) pricing for any remaining legacy iPhone5 inventory, as well as promotional pricing for the iPhone 5C by the end of the year.

By next year, we will have two Apple phone categories – the “Plastic” Apple used to attract new customers into the category, and the “Platinum” (or Golden) Apple used to showcase the latest technologies from Cupertino.  What goes inside each model will change, but the composition of the back of the phone will enable lower pricing and greater worldwide distribution.

Eventually, two phone categories will lead to two models.  Let’s face it – no phone model will succeed in between the “free” and the “newest” lines in a retail store environment.  To use a gasoline example, being the “silver” grade of fuel is a tough place to be.  This will place a lot of pressure on the iPhone 5C model in the retail environment, sandwiched between the iPhone 5S (LTE network, fingerprint scanner, gold coloring) and the iPhone 4S (iOS7 capable, HSPA network, good camera). 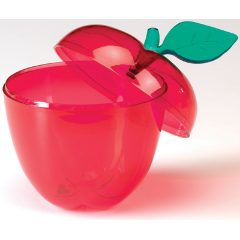 Will Apple’s plastic strategy help the carriers?  Yes, but not in traditional ways.  First, Apple has found a way to bring a broader LTE chipset to market faster.  It catches up to LTE deployments abroad.   Second, the iPhone 5C pairs well with Virgin Mobile (Sprint), All in One Mobile (AT&T), and T-Mobile.  It keeps the cost-conscious customers of these brands from going to the refurbished market first.

Finally, it gets the carriers focused.  With Google’s MotoX introducing a much broader color palette (and the feel of a “custom” phone) and the Samsung Galaxy 4 providing a host of camera features (including slo-mo video and the ability to capture a photo within a video stream), Apple’s differentiation was getting harder to explain.

Bottom line:  For the Apple faithful, the iPhone 5S will satisfy but not deliver a mind-blowing experience.  For new to Apple (or at least new to iPhone), the 5C will deliver affordability (especially with T-Mobile pricing plans).   The 5C is a step in the right direction – one that focuses on Apple’s product breadth and software integration and less on unique model functionality.

While Apple delivers some new technology in the iPhone 5S, Samsung goes all out with a new Note 3 and the Galaxy Gear.  The Note 3 is a slimmer, lighter, and faster version of the Note 2 (which happens to be my phone of choice at the moment).  It has a better S Pen integration, touts a 5.7 inch screen, and has improved battery life thanks to Qualcomm’s envelope tracker technology (more on the technology from GigaOM by clicking here). 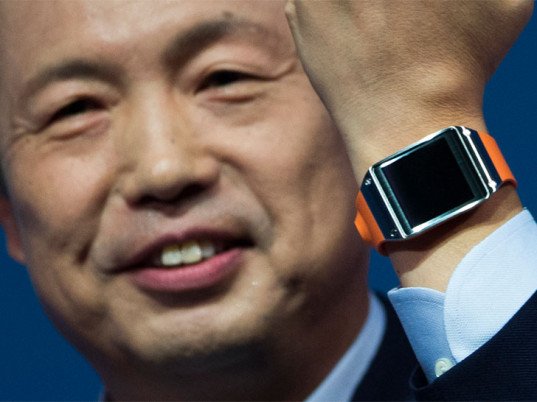 From a price perspective, the Note 3 is the “Premium” device in the lineup.  Samsung took this a step further by introducing the Galaxy Gear smartwatch (shown in picture), which pairs with the Note 3 and will be able to pair with the Galaxy S3 and S4 shortly.

Pairing is tough, even when both devices are made by the same manufacturer and are using the latest version of Bluetooth.  Fitting applications into 4GB of the Galaxy Gear storage is also incredibly tough, and too much memory consumption will lead to sluggishness – and no one likes a slow watch.  A 1.9 Megapixel camera and “about a day” worth of use is tough because consumers expect the battery life on their watches (if they still wear one) to be months, not hours.

But Samsung got the watch party started.  Imagine the privacy issues that will emerge with a wrist-based recording device (sound and motion).  Unlike Google Glasses, it’s barely distinguishable.  At $299, it’s comparable to a mid-range chronograph.  While there are a lot of drawbacks to the Galaxy Gear smartwatch, I eagerly await the developer community’s innovative responses to its introduction.  A good review of the Galaxy Gear from Engadget can be found here.

That’s it for this week’s content.  Next week, we’ll start to look at factors that will drive first quarter earnings and the wireless selling season.  Until then, please take some time to browse this week’s Five You May Have Missed:

Thanks for your subscriber referrals.   If you have friends who would like to be added, please have them drop a quick note to sundaybrief@gmail.com and we’ll subscribe them as soon as practicable.  Have a terrific week!