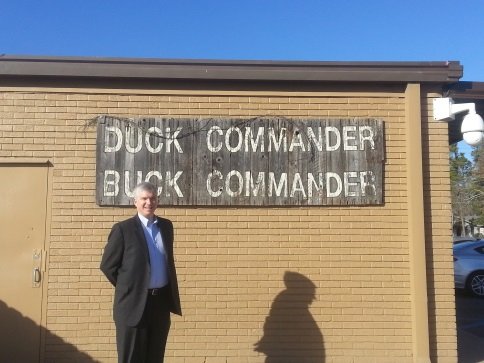 Greetings from Dallas, St. Louis, and Monroe (Louisiana).  Besides being the home of CenturyLink, Monroe was also the home of Delta Airlines for several years.  It is home to one of the most famous entrepreneurs in the South, Joseph Biedenharn, who not only invented the bottling process for Coca Cola but also was one of the founders of Delta Airlines (until the late 1990s, Delta had a Biedenharn family member on its Board of Directors).

However, to tens of millions of Americans, West Monroe is home to the Robertson family of Duck Dynasty fame.  While my traveling companion (Dave Stevanovski) and I did not get to see Willie, Phil, or Uncle Si (it’s still duck season, after all), we did stop by the Duck/ Buck Commander building to pick up a souvenir or two.  We also hit Haskell’s Donut Shop (featured in a few Duck Dynasty episodes) for breakfast.

Speaking of donuts, this was a pretty sweet week for Verizon,  AT&T, and other broadband providers.  On Monday, a federal appeals court ruled that the FCC could not apply the same set of rules to information service providers (ISPs) as they did to common carriers.  From the ruling:

After the ruling, Chairman Wheeler issued a blog post in which he reiterated the FCC’s right to regulate broadband providers:

… the FCC also is not going to abandon its responsibility to oversee that broadband networks operate in the public interest. It is not going to ignore the historic reality that when a new network transitions to become an economic force that economic incentives begin to affect the public interest. This means that we will not disregard the possibility that exercises of economic power or of ideological preference by dominant network firms will diminish the value of the Internet to some or all segments of our society.

Both the NCTA (Michael Powell) and CTIA (Steve Largent) issued statements supporting anti-blocking measures, but both were silent on “two-sided” arrangements (customers pay, but their subscription fees are offset by content delivery “network access” payments).   What confuses many net neutrality followers is how the statement above by Chairman Wheeler reconciles with his statements in December where he stated that he would like to only regulate two-sided arrangements if they get “out of line.”  See more of Wheeler’s comments on two-sided arrangements here. 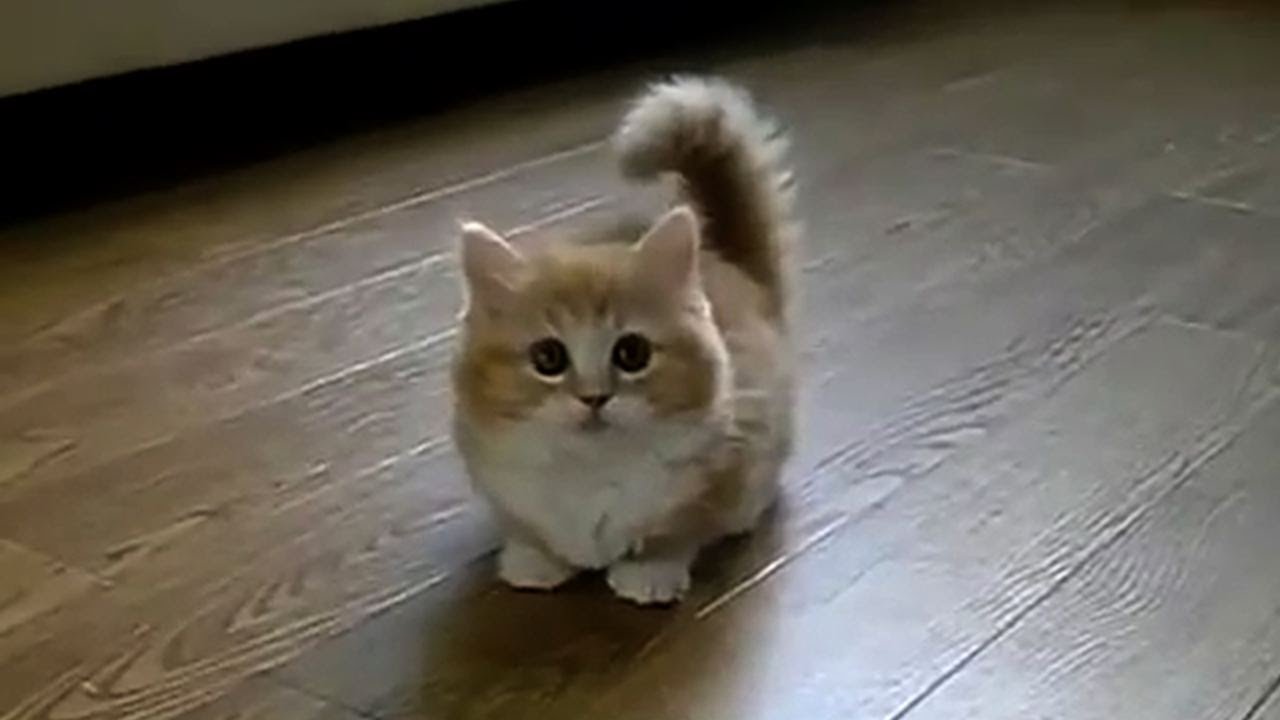 Is this “found money” for broadband service providers?  Is this going to dent the fortunes of cat videos on YouTube?  The answer to both questions is likely “no,” at least not right away.  If the FCC decides not to appeal the ruling, and the Republican-led House does not take up a separate piece of legislation to reclassity Internet Service Providers as common carriers, the ability to prioritize network traffic would be left to the business arrangements Verizon, AT&T and others implement.  It might also leave Comcast and others who agreed to provisions as a condition of merger approval at a short-term competitive disadvantage (Comcast indicated in a blog post that they had an additional four years left in their NBC Universal merger agreement).   More on Comcast’s thinking from this Philadelphia Magazine article.

What is likely, however, is that when one broadband service provider acts, others will follow (except, perhaps, Google Fiber).  These arrangements will likely “chain” several products together, including hosting, transmission, and access.  For example, Verizon would be more than willing to reduce FiOS access fees if ESPN installs servers at Terremark, their cloud computing subsidiary (or you could substitute Time Warner Cable and its Navisite data center subsidiary, or CenturyLink and its Savvis subsidiary).

The concept of chaining has positive implications for carriers who would rather manage incoming broadband content within owned (as opposed to remote third-party) facilities.  It clearly places smaller carriers who have less robust broadband and data center infrastructure at a disadvantage.

Prioritization of content would bring market dynamics to an industry that historically has not experienced this freedom. New business arrangements would be further enhanced by data product features such as AT&T’s recently announced Sponsored Data (which could be coupled with content prioritization to deliver improved applications performance with no additional costs to the end user).

Will prioritization prevent free and unfettered access to content?  Will it pit enterprises against consumers in mixed use communities?  Will it drive a renewed focus on data caps (utilizing throttling that is common in some wireless plans)?  Will it inhibit the development of the next three competitors to Netflix?  Will consumers care that their smartphone (Yahoo, Facebook) notifications are delivered seconds later than they were last year? With most consumers using less than 50% of the total peak bandwidth in their cable modem plans, when will prioritization become an issue to “average” users?  These are a few of the questions that need to be monitored as the rules develop. 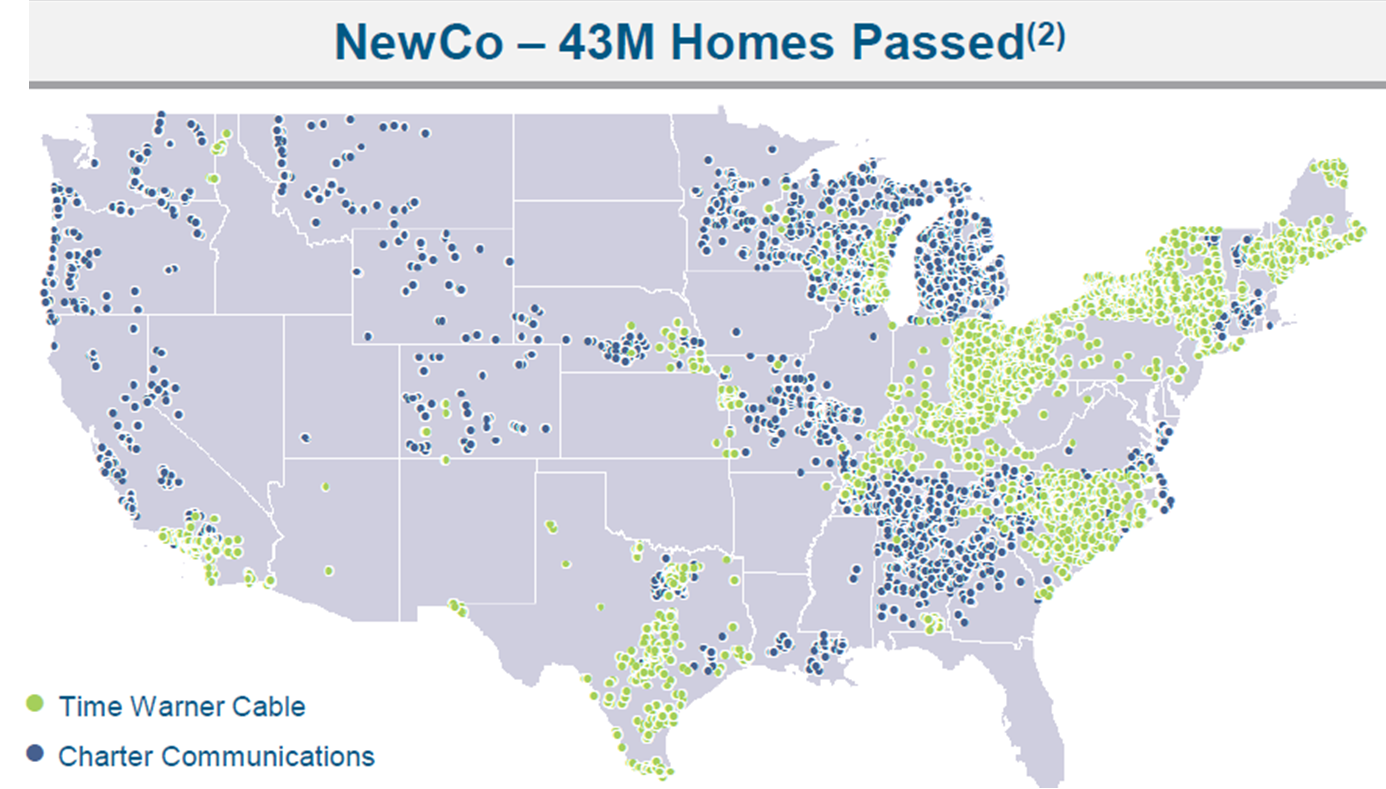 The “bid/ ask” gap here puts Charter in a bit of a conundrum.  Do they take on more debt and, as a result, drive up synergy expectations?  Or do they offer up more shares of stock and potentially place current Time Warner Cable shareholders in control of the new company?  The number seems small, but, with a combined pre-synergy debt to EBITDA ratio of 5.0 – 5.3, every billion matters.

We have discussed the possibility of a Charter/ Time Warner Cable merger throughout 2013, and the prospects appear to be good.  However, the regulatory requirements surrounding approval of the merger by state and federal authorities appear to have been raised with the latest court ruling.

For example, the FCC could require all (or 99.7%) homes and businesses in the combined territory to be connected to a minimum of 30Mbps broadband download speeds by the end of 2016.  This would drive up costs to provide service to all users and place the combined company at a competitive disadvantage in metropolitan areas.

State and municipal governments could also require additional connectivity options for third party servers (e.g., Netflix) that would force the combined company into a newly defined “equal carriage” definition.  Some areas might even ask for a moratorium on bandwidth caps or two-sided arrangements for the next decade.  Each additional regulation removes business flexibility and reduces the pace of innovation.

The relationship between government and the telecommunications industry has been a healthy one for the past eighteen years.  With Chairman Wheeler at the helm of the FCC (and former Chairman Powell at the NCTA), that relationship should be stable.  Faced with a large merger approval process, however, many regulators cannot help themselves.  Tuesday’s decision just upped the ante.

Next week, we’ll dissect Verizon’s earnings (scheduled to announce Tuesday a.m.) and try to determine the health of the industry.  For a quick primer on VZ’s 3Q, their previous release is here.  Until then, if you have friends who would like to be added to The Sunday Brief, please have them drop a quick note to sundaybrief@gmail.com and we’ll subscribe them as soon as we can.  Have a terrific week!