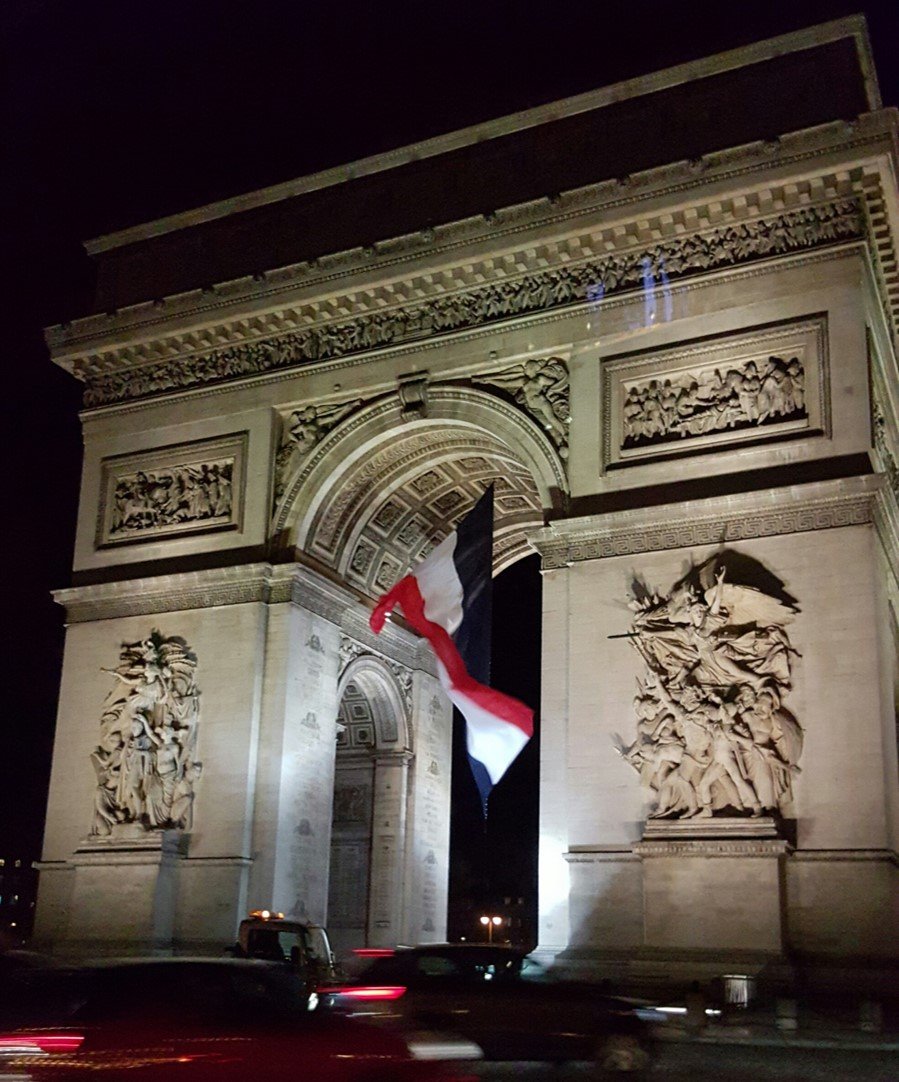 Super Sunday greetings from Paris (pictured), Charlotte, and Dallas.  The continued outpouring of national unity throughout France, but particularly in Paris, was striking this week.  Having armed forces (no pictures) accompany travelers on the Paris Metro also served as a reality check on their situation.  It’s an interesting and different time to travel in France.

Thanks for all of the referrals and comments to last week’s column, and especially the accolades on the format.  Because of the overwhelming response, we are going to continue with that format for the next couple of weeks.  From a writing perspective, it allows more content to be covered without writing a novel. 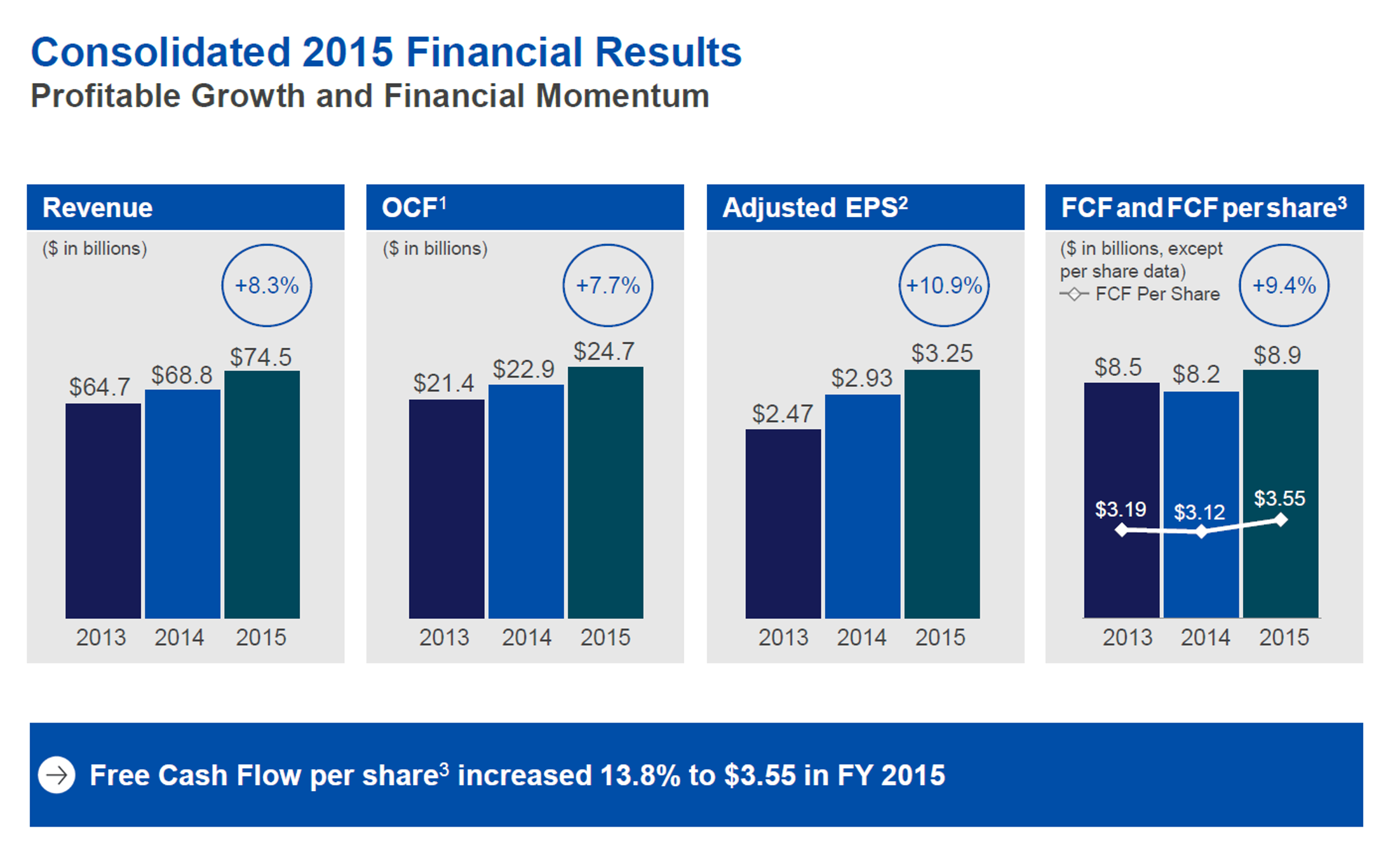 Comcast announced very strong quarterly and total year earnings on Wednesday (materials here).  Everything (except cable unit political advertising) performed better.  It’s must be hard for those who celebrated the defeat of Comcast last April to see this quarter’s healthy customer and unit growth.  But the fourth quarter results (as we saw with TWC last week) clearly show that no momentum was lost:

Against this backdrop is the perception that there is a market share ceiling.  Using Cablevision as a proxy, it’s likely 50% share of homes passed for data (adjusting for Google Fiber), and, with wireless penetration increasing, 30% for voice.  Comcast is currently at 42% penetration for High Speed Internet and 21% for voice.

As CFO Mike Cavanagh indicated on the conference call, Comcast has built a very strong beach head in small business services (“healthy market share”), but lacks the territory presence and the experience to win large national accounts (with Canadian and European sites likely even more difficult to serve).

It should be no surprise, then, to see Comcast show renewed interest in [in region] licensed wireless services and also [out of region] enterprise expansion.  Looking down the road (2020), Comcast could be at 48-50% share of High Speed Internet (especially with their current numbers) and 25-27% penetration of voice.  They could hit diminishing returns on serving small business customers at that point.  What service does every single one of Comcast’s customer base have that could erode the value of in-home and in-office services?  You guessed it – wireless.

The hand-wringing has begun, however, by those who believe that Comcast will buy some 600 MHz spectrum and MVNO the regions that they do not win.  These views tend to come from traditional cellular purists who have minimal understanding of how a cable company might use a local spectrum purchase.

For example, many TV Everywhere shows cannot be viewed except over Wi-Fi (and specifically Wi-Fi in a subscribers’ home).  What if Comcast could extend the local viewing area to the entirety of San Francisco (presumably covering both the office and home), with Wi-Fi viewing only for Southern California?  Would that offering improve the value of the video (and High Speed Internet) franchise to Comcast?  A strong case could be made for local video purchase based on this premise alone.

For voice, Comcast lacks the radio equipment, but clearly has the local voice assets throughout their territories.  How much easier does having a ready-made local voice infrastructure make it for Comcast to be profitable?

Lastly, the pundits cite Comcast’s lack of storefronts, which is an issue today (no one would go to a Comcast service center to browse the latest Samsung or Apple device).  With the right partnership, however (think Apple, or even an exclusive dealer model which would replace the service center entirely), could they pull it off?  It’s a stretch, but so was NBC Universal.

Comcast is a wireline and content company.  They used to just be a wireline company.  Is it such a stretch to imagine them as a wireline, content, and wireless company?

Charter continued the string of revenue and cash flow growth that was seen at Time Warner Cable and Comcast.  Clearly, as Charter is working within a smaller footprint, it can be subject to wider swings in political advertising and other revenues, but CEO Tom Rutledge made a strong case for their PSU-growth strategy.

Charter is successfully walking the tightrope of price increases, profitability, and pending changes to scale.  Simply put, they are willing to endure the short-term gross margin hit from programming cost increases (rising at a 7.8% annual rate in the fourth quarter; video revenues rose 2.9%) until they complete the three-way merger with TWC and Bright House.  The longer the merger approval process takes, the greater the strain on new PSU growth to grow cash flow.  But it’s the politically savvy move to take a short-term hit today in order to enjoy scale efficiencies tomorrow. 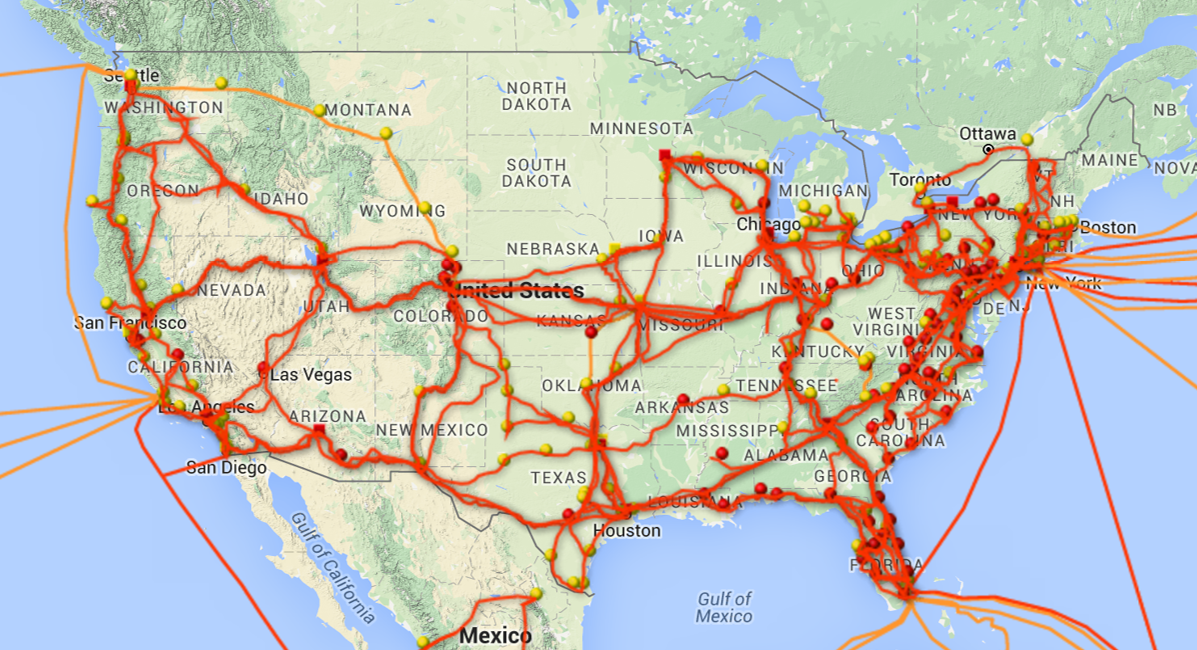 We have not spent a lot of time in The Sunday Brief discussing Level3 (earnings materials here).  Before their merger with tw telecom, they were a fiber and backbone play.  With the integration, however, they have a superior local backbone in many metro markets in the US.  Level3 largely stayed out of the Fiber to the Tower (FTTT) bidding cycle as well.  Now, as densification takes hold (inside and out of their building footprint), and as their balance sheet improves, Level3 is able to effectively compete against Zayo and regional fiber providers, as well as AT&T and Verizon.

One of the insights I have discussed with several of you is that Verizon’s backbone network outside of the Northeast is in need of an upgrade (the legacy MCI network is fully depreciated).  Sprint’s fiber network (which we listed as a Top 10 need last week) is in largely the same boat.  And if cable ever falls out of love with T-Mobile, they are without a national backbone alternative.  Level3 is the last backbone standing that isn’t AT&T (which was produced out of the Velocita saga, and which will rank as one of the greatest telecom deals in AT&T’s history).

While much of today’s growth is asymmetric and moving to the edge (another Level3 advantage), we have just begun to tap the opportunities presented by video person-to-person communication.  Web Real Time Communications (RTC) is starting to be adopted by some big name sites, and is becoming a fixture in Android and Windows environments.  If real-time video begins to be largely adopted (beyond Facetime, Oovoo, and Hangouts), there’re only a couple of backbones that can handle it.

That should lead to a stronger working relationship between Level3 and the large wireless carriers. Content delivery, capacity management, and video enablement are all drivers, and higher cash flows and lower leverage actually enable the company to take some calculated partnership risks for the first time.

We’ll discuss more about Level3 when we cover Windstream and CenturyLink “To Do” lists.  Global Crossing and tw telecom have changed their trajectory, and their footprint is going to be difficult for others to duplicate.

Next week, we’ll add results from CenturyLink (earnings our Wed) and others into the mix.  Until then, please invite one of your colleagues to become a regular Sunday Brief reader by having them drop a quick note to sundaybrief@gmail.com.  We’ll subscribe them as soon as we can (and they can go to www.sundaybrief.com for the full archive).  Thanks again for your readership, and Go Panthers!