Mobile First- What Does it Mean? Why Does it Matter? 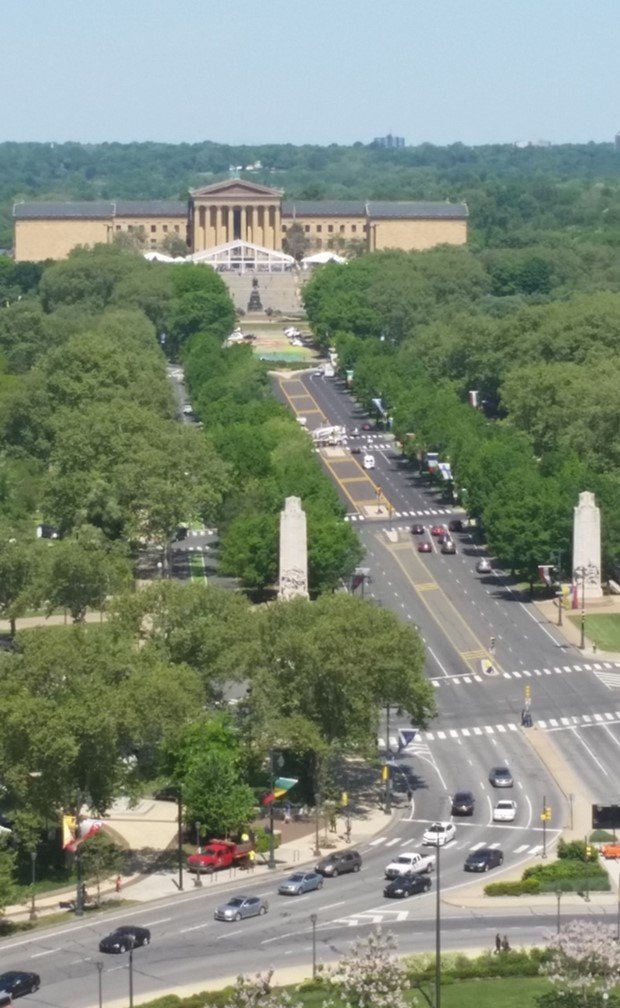 Additional note:  Ben Evans has a great blog post on the Mobile-first topic here that I read last night.  It expands on the themes below.  Read more about it here.

Spring greetings from Charlotte, Philadelphia (Art Museum shown), and Dallas.  This was a very active week in telecom, with AT&T extending their termination date on their DirecTV merger to the end of June (article here), Charlie Ergen making headlines defending the Designated Entity (DE) structure for the latest wireless auction (CNBC interview here), Google releasing their self-driving car on California roads this summer (scary thought – RCR Wireless article here), and the nomination of Sequans Communications (where I am a Board member) for a Leading Lights nomination as the most innovative IoT vendor for their Cat-1 chip solution.

The big headline came on Monday, however, when Verizon announced their $4.4 billion offer for AOL (Verizon announcement here).  It’s very clear that they did not buy AOL for their Membership Services business (see AOL’s Q1 2015 news release here – yes, there are still ~ 2 million dial-up customers on AOL paying $15-20 per month to access the Internet), but for the multi-platform ad services business.  As we discussed in our analysis of Verizon’s Q1 earnings, they are setting themselves up to be a mobile-first broadcaster.

Rather than dive into the intricacies of each of AOL’s platform businesses (which, with the exception of Member Services, are growing very nicely per the Q1 2015 report), let’s talk about how Verizon will make the most out of AOL.  First, they will sell the news properties and reclaim at least $1 billion for the Huffington Post and TechCrunch brands.  Second, they will extend LTEInternet – Installed (formerly known as HomeFusion, Verizon’s rural/ hard to reach residential offering) to all of the AOL members and increase their wireless base by a few hundred thousand customers (which will come in handy during the historically weak 3Q earnings season).  Conservatively, this could generate another $300 million in service revenue growth (roughly $150-170 million in EBITDA) for Verizon. 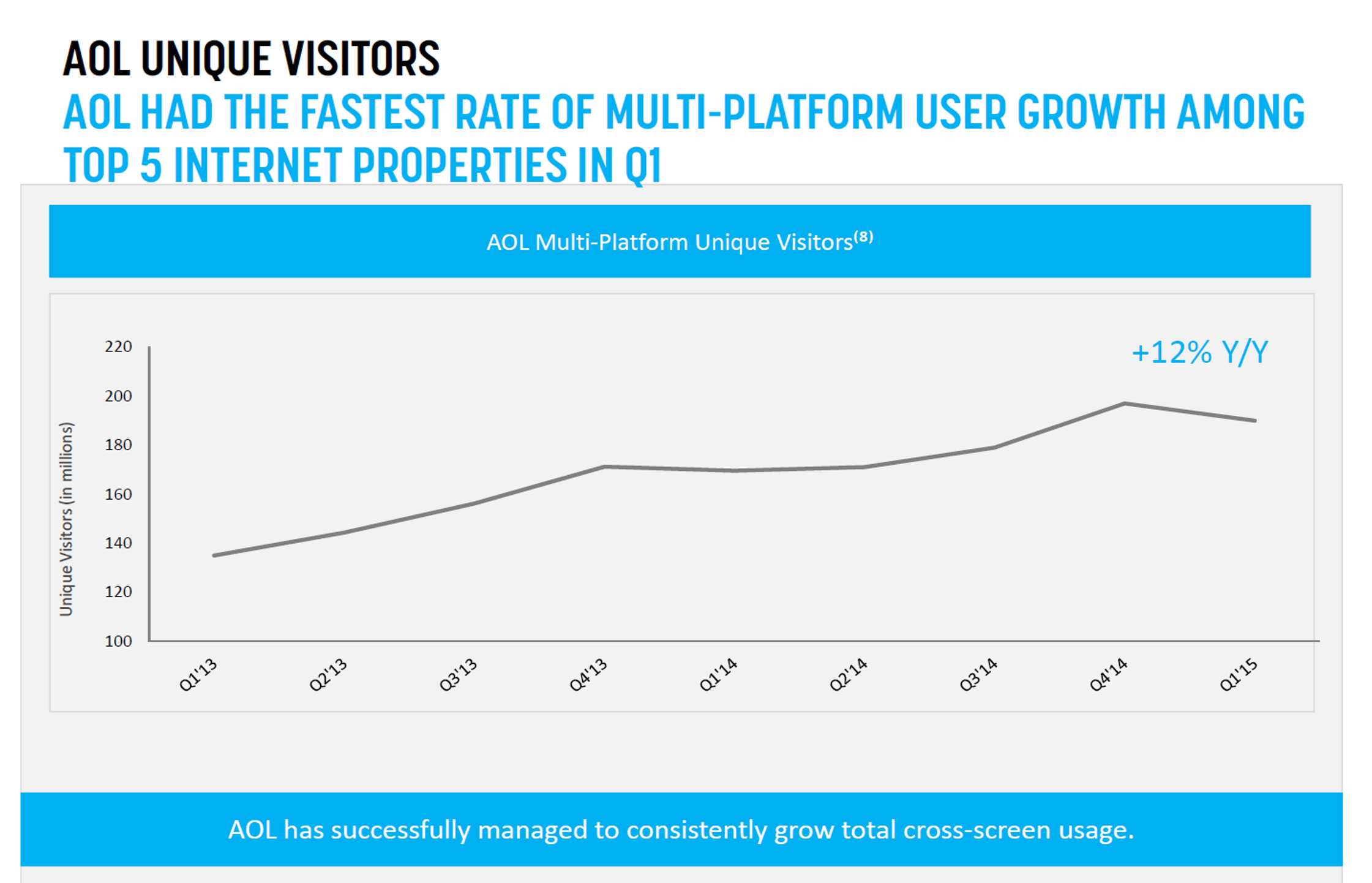 Excluding the ad platform business, at least $2 billion of the $4.4 billion purchase price can be justified.  To be a successful wireless broadcaster, Verizon needs to better understand the profiles of their wireless user base (not who they call or text, but where they go on the web and, most importantly, how they consume video).  AOL has a terrific analytics/ tracking platform for that.

Next, Verizon needs a way to associate ad inventory with user profiles (think car-related advertisements for folks who watch the Mecum Auto Auctions). And, once the ad has been placed in front of the Verizon Wireless subscriber (not only who clicked, but who watched and for how long), Verizon can now provide information on how to make advertisements more effective for their user base.  All of these elements are critical to being an effective broadcaster (and, if Verizon moves more aggressively into attracting original content, determining the value of a show series or episode).

There are a lot of skeptics in the telecom world who think Verizon will stumble and fall against Google and Facebook.  Neither Google nor Facebook have networks like Verizon, however, which means that their success hinges on others’ ability to broadcast information on their behalf.  In contrast, I think that Verizon is on the right path and just getting started.  AOL is a warm-up act for something much larger, and this acquisition is a relatively low-risk way to figure out the next step.

Mobile First – What Does it Mean?  Why Does it Matter?

About a month ago, I asked you to describe the situations where you reach for your mobile phone first to get information.  After reading ~55 responses, the trend is unmistakable – we are turning to our mobile devices for more information each day.

Specifically, several areas came up as critical (I clarified with several of you the importance of having these functions on a mobile device and was told to a tee “I can’t live without these”): 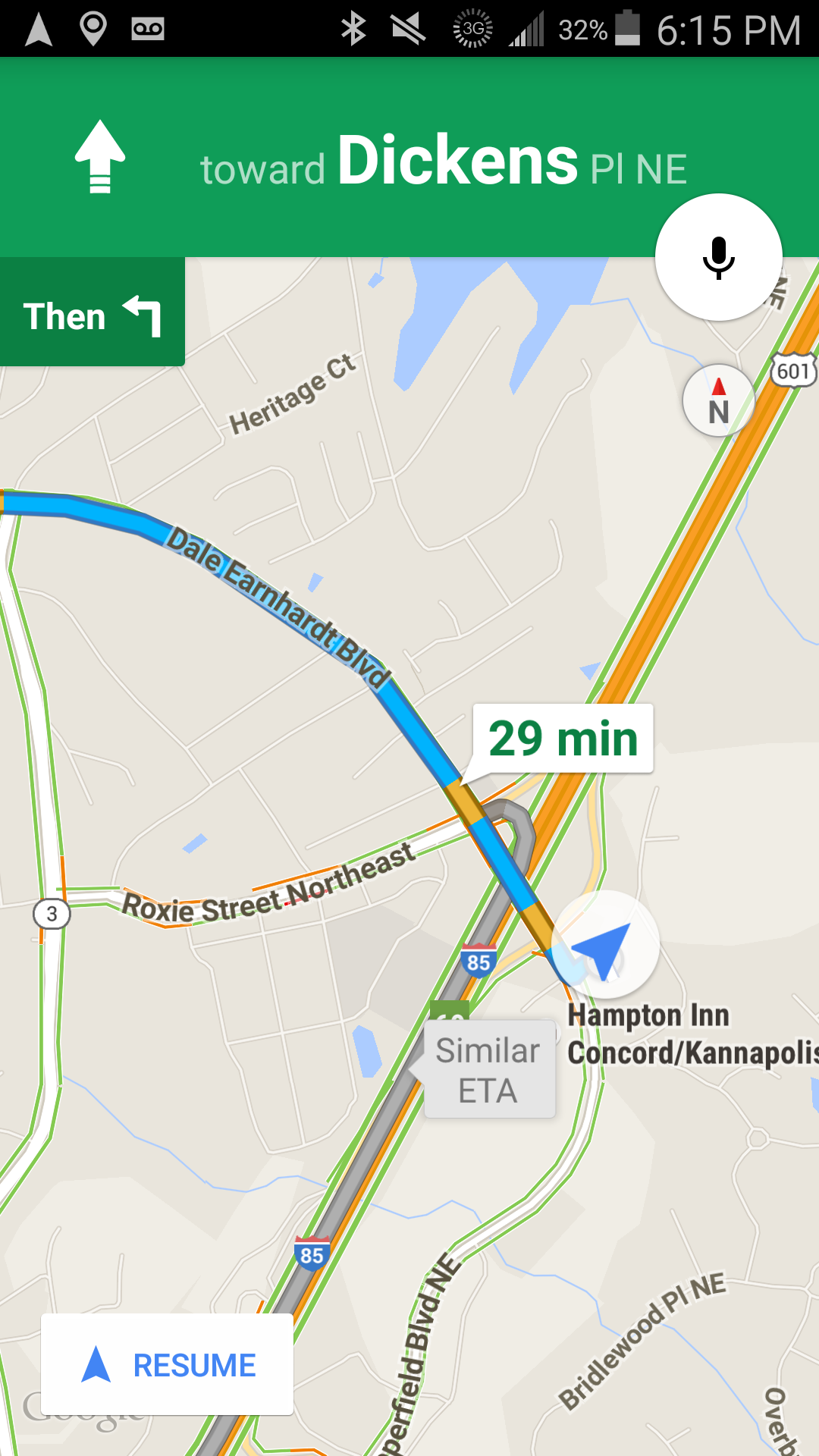 Maps and navigation. According to the Census Bureau, about 35-40 million of us move every year.  As a result, we need to find our bearings – learn about our new neighborhood, community, and region.  Maps matter, and it’s why Google spends a lot of money getting Maps right.  With new features in Google Maps (such as alternate routes), it’s one of if not the most taxing application (memory, power) on most smartphones.  To many, the smartphone app has replaced Garmin, Tom-Tom, and in-car navigation.  To others, it’s a source of quick directions (or a clarification).  Without a doubt, we cannot live without a map app, and its high dependence on location makes it a perfect application for smartphones. (Note: Verizon picked up MapQuest with the AOL acquisition – wonder what they will do with that company?)

2. Travel. The app array grew a lot larger for travel as many well-known brands have built out their own applications.  Airlines, rental cars, hotels, and the buying aggregators (Expedia, others) dominated the feedback.  Many of you appreciated (?) airline notifications and mobile boarding passes.  Interestingly, several travelers noticed that support/ help is strangely missing from many of these traveler provider sites (like a direct link to @SouthwestAir and @AmericanAir). Reaching customer support is very hard when you are pressed for time and need to use a mobile device to do the work of a computer.  It’s time for the travel industry to step up to this challenge and figure out a better, more coordinated solution. 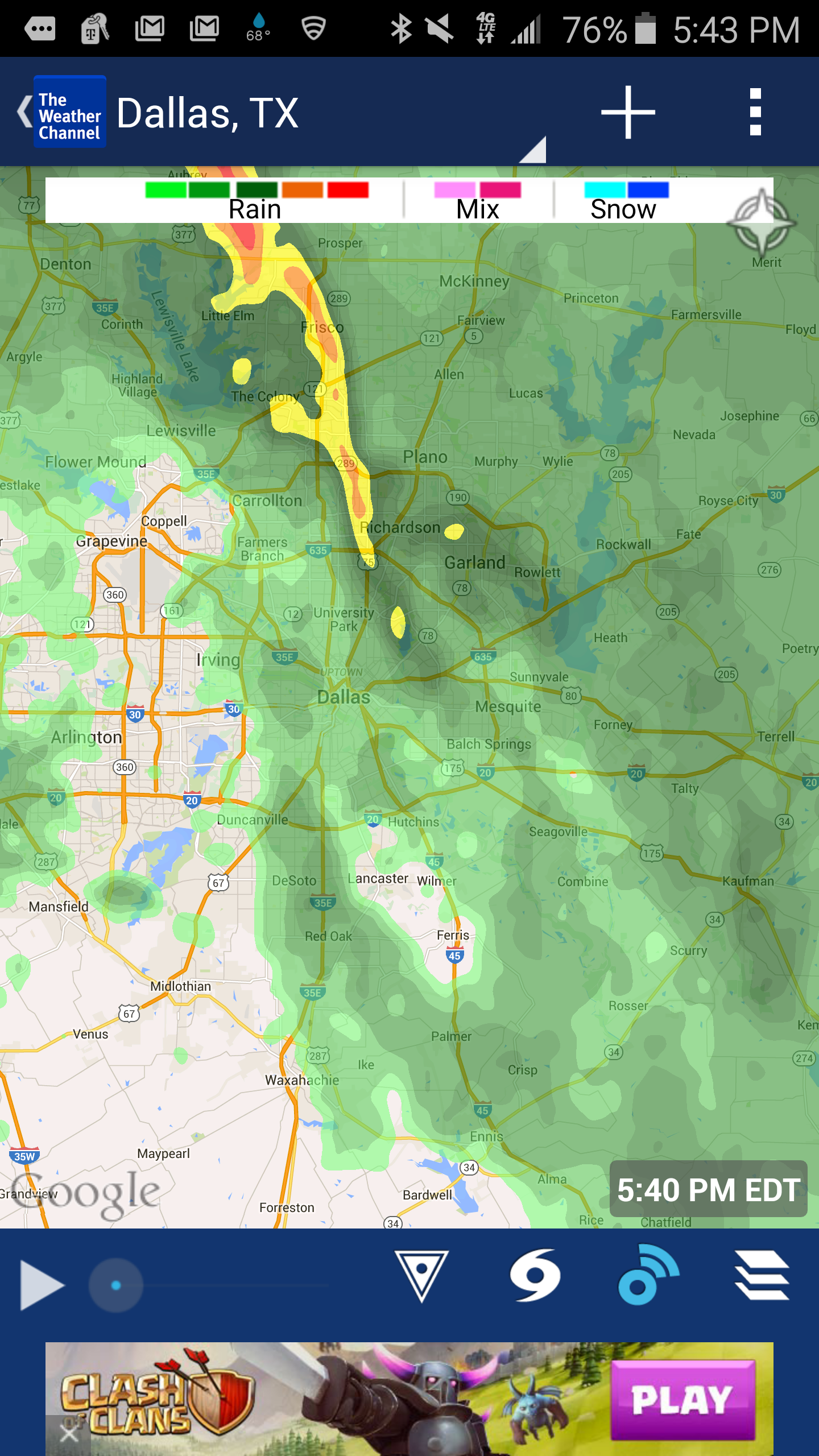 Weather. I am a big weather app person because I travel a lot (as most of you remind me of every time we meet).  I never make a trip to Chicago, Denver, New York or Boston without checking first – especially in the spring.  I thought I was a weather “power user” – you proved me wrong. I clarified with several of you who reported weather as an app you could not live without on your mobile:  For most of you, it’s the first information you receive before you start your day.  For (sports) families, it’s a big deal (especially during this spring in Dallas).  For Bostonians, instant access to weather apps was as means of survival during last winter’s snowstorms.  There’s also a high correlation between weather and travel (airline app) usage.  Interestingly, most of you said that you love your weather app more than the Internet version because the latter is so bad!   Probably not what WeatherBug or Weather.com intended when they created their apps, but they should take the design considerations they used for mobile and transfer them to new and improved web versions.

4. (Kindle) Reading/ Audio books. I have to admit, it’s not at the top of my list, but at least half of you would prefer to use your mobile device to read books than to access them over a computer.  For about half of that group, the smartphone is the sole source of accessing Kindle information (Note – before you quote this, we should get a larger sample size than 12 – I struggle to believe that even an iPhone 6 Plus is good enough for reading but we did have more than a few 18-35 yr olds in the sample size).  I was not able to get enough responses to confirm whether the Kindle is used as a complement to smartphone “passage snacks” – perhaps some of you can fill me in on your Kindle consumption habits.  I am not surprised to see audio book usage high given the ability to pair Bluetooth so easily with most cars.  Amazon did a fantastic job on the Audible app – with more than 20 million downloads and over 100,000 4 or 5 star ratings on Google Play, it’s no surprise to see this part of Amazon’s business doing so well (in fact it begs the question “Where would Audible be without mobile?”  A good ice breaker for the wee hours of your Memorial Day party).

5. (Financial) News. As far as categories go, news was a distant fifth.  Financial news is a time sensitive matter, however, and many of you cited your favorite stock quote site as the place where you get your news (and many of you also contrasted that with a cluttered and ad-laden website alternative).  News organizations have slowly embraced the web (the Drudge Report still does not have a mobile friendly version), but times are changing.  Notifications are getting better, and Yahoo has stepped up their use of excellent screen designs to report breaking news.  Video-based news reporting is another matter, and one that several of you cited as an area for improvement.

Bottom line:  Our society is increasingly becoming dependent on gathering information, receiving notifications, and staying in touch through mobile devices.  This is driving changes in how businesses look at mobile – not as an alternative or secondary design, but as the primary interface for getting information.  If your business cannot fathom functioning through a 4 or 6 inch smartphone screen, it needs to start thinking.

A “Mobile First” focus drives a lot of changes about how we look at the world.  1) It demands simplicity; 2) It forces efficiency; 3) It builds loyalty; 4) It solicits feedback, and 5) It can create or destroy brands quickly.  For those of you who are at this week’s GENBAND Perspectives 2015 conference, you’ll get a bit more detail on this, and I’ll likely publish my speech in lieu of a Memorial Day Sunday Brief.

Thank you for your detailed comments that helped us develop the Mobile First thesis.  As we head into June, it’s the semi-annual handset/ “It’s an Android World” issue.  Until then, if you have friends who would like to be added to The Sunday Brief, please have them drop a quick note to sundaybrief@gmail.com and we’ll subscribe them as soon as we can (and they can go to www.sundaybrief.com for the full archive).

Thanks again for your readership, and hope to see you at Perspectives 2015!