Let’s Get Fibered Up 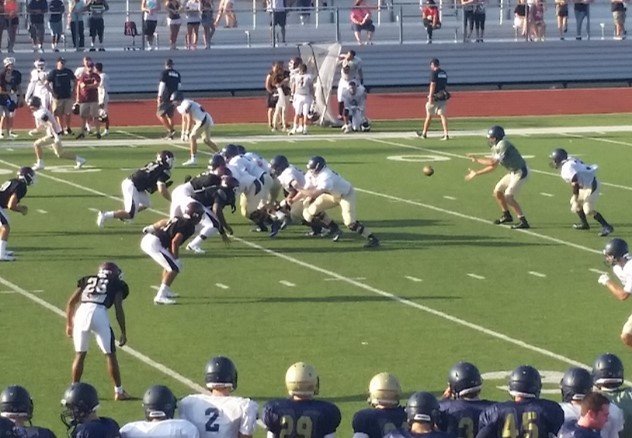 Beginning of high school football greetings from Alanta and Dallas (Jesuit College Prep v. Wylie pictured.  Jesuit won the scrmmage match 21-14).  This week, we’ll go in depth with the gameplan presented by AT&T during their recent (August 12th) analyst day.  Prior to that, we’ll see if Samsung’s latest marketing and product moves resulted in an early lead or generated a pass interference penalty.

Ten days ago, Samsung held an Unpacked event in New York City to reveal their latest large devices – the Galaxy S6 Edge+ and Galaxy Note 5.  If ever there were two smartphones that were meant to hold sideways (in landscape form), these are it.  4K recording capability, exceptional display, wireless charging, a wireless keyboard attachment (read Ars Technica’s take on that feature here) and the S Pen make the Note an iconic device for both large smartphone screen fanatics and phablet fans. 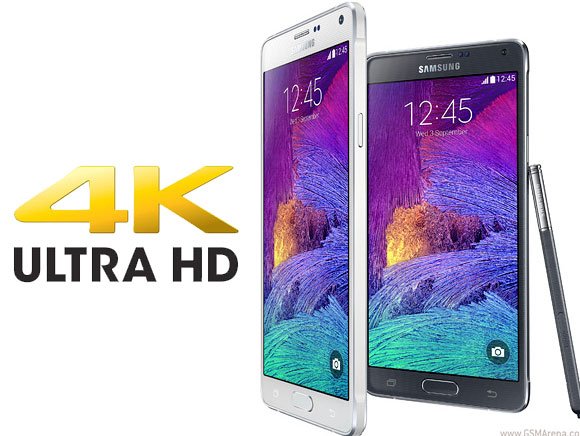 While the phone launched on-line and in stores last Friday, Samsung went a step further to attract Apple fence sitters (apparently there are many):  Try the Galaxy 6 Edge+ or the Galaxy Note 5 for one month for $1 using your existing carrier. As many of you will remember, T-Mobile tried a 7-day promotion about a year ago with the Apple iPhone 5s, and demand was good but not great.  Note:  Samsung’s promotional efforts with these devices is a separte effort from T-Mobile’s and Sprint’s efforts to attract converts.  T-Mobile’s free Netflix for a year offer (which expired last Thursday) is here and Sprint’s free tablet/ free upgrade in a year/ $200 minimum trade in for any smartphone offer is here.

In a few hours, Samsung sold out of the devices they had allocated for this promotion (see picture nearby).  The demand from Apple users (you had to sign up for the promotion from your iPhone browser) to see if the grass is truly greener was a lot more than anyone expected.

The Samsung Galaxy Note 3 was a terrific device – we had one with AT&T as the underlying carrier and used it daily for Evernote and also for an occasional conference call.  It was a workhorse and hard to give up (we switched from AT&T  to T-Mobile and also switched to the Galaxy S6 Edge, which delivers stunning 90 Mbps download speeds to our location in Dallas – the Note 4 had a different radio configuration).  With an Otterbox case, however, the Note can be a bit bulky and definitely not for everyone.

Our guess is that Samsung was banking on a fairly high upgrade rate from the Note 3 base (if they had not already upgraded to the Note 4), and that no one estimated interest from current iPhone users.  If you need to upgrade, expect to see a waiting line develop by September.  Just as Samsung missed the popularity of the Galaxy S6 Edge, it’s likely demand for the Note will exceed expectations.

For two really good, balanced reviews of the device, check out this one by Mashable and this one by The Verge.  If you recently upgraded to one of these two devices, we’re interested in hearing how you use them and your initial reactions.

AT&T – Let’s Get Fibered Up

AT&T held an Analyst Day the week before last to present a revised view of the company as a result of the DirecTV purchase (full deck and link to individual presentations can be found here).  They said a lot in a short amount of time, and, as this column has previously indicated, maintain the broadest objectives of any telecom company in North America.  Here’re some observations from a couple of views of the conference:

The 14 million Giga Power homes passed includes Multi-Dwelling Units, many of which are served by DirecTV today (either through a landlord/ building owner agreement or through focused marketing efforts).  One of the metrics that will be interesting to track is to see how AT&T presents offers to MDUs going forward.  It would be entirely feasible to see the economics of High Speed Internet (Gigabit speeds), Wireless and in-building Wi-Fi services, and rich content (e.g., free HBO for Sesame Street fans) to be a part of any new deal.  How far AT&T goes in their deal making (e.g., setting up the entire building as a data-free hotspot for residents) remains to be seen, but John Stankey did not seen willing to rule anything out.

Because of their fiber expertise as a local exchange provider, no one sees AT&T’s new fiber initiative as an unachievable hurdle.  Given the lessons learned/ relationships developed from the recently completed Project VIP, however, this execution risk gets ratcheted down even more.  Absent borrowing constraints, AT&T’s fiber commitment carries low risk and cements their ability to compete with cable across a large swath of their territory.

AT&T has already begun their targeting efforts for the 15 million existing DirecTV customers who are not already AT&T subscribers by offering $500 in incentives ($300 in bill credits and $200 in smartphone credits) for each smartphone ported (more details here).  AT&T has also introduced a compelling 2-way bundle (3-way if you live in an AT&T High Speed Internet territory) that starts at $200/mo. for four wireless and four HD DVRs and $230-250 if you add in AT&T U-Verse.  AT&T is automatically offering a $10/ month discount when customers bundle two products on one bill.

A 5,000 store network will help AT&T achieve these objectives in the short term, and it is clear that they have additional content and bundling promotions in development (John Stankey eluded to the fact that certain content viewed over AT&T devices may end up being included in the wireless service price to the end customer.  He did not elaborate any further).

“[We will] also have unmanaged capabilities for distribution. That allows the platfom to do things like wholesale capacity out to other folks who want to put video and entertainment on the platform.  Why would you be interested in doing that?  Well, the more consumption you get on video, the more bits it drives, the more dynamics that you get out into the mobile environment that helps customers engage with our mobile services, and on a usage sensitive basis that’s a good thing.”

One example of a content partner could be the adult entertainment industry, which used to generate a lot of cash flow for the cable industry and was an early adopter of Internet technology.  Another example could be unique sports content, such as live cricket matches from India or rugby matches from New Zealand delivered with 4K quality (or even an overlay Texas Friday Night Football network for zealous alumni).   AT&T’s commitment to deliver a programming “channel” to the masses with high resolution quality erases a large adoption barrier.  This is only possible with an integrated platform. 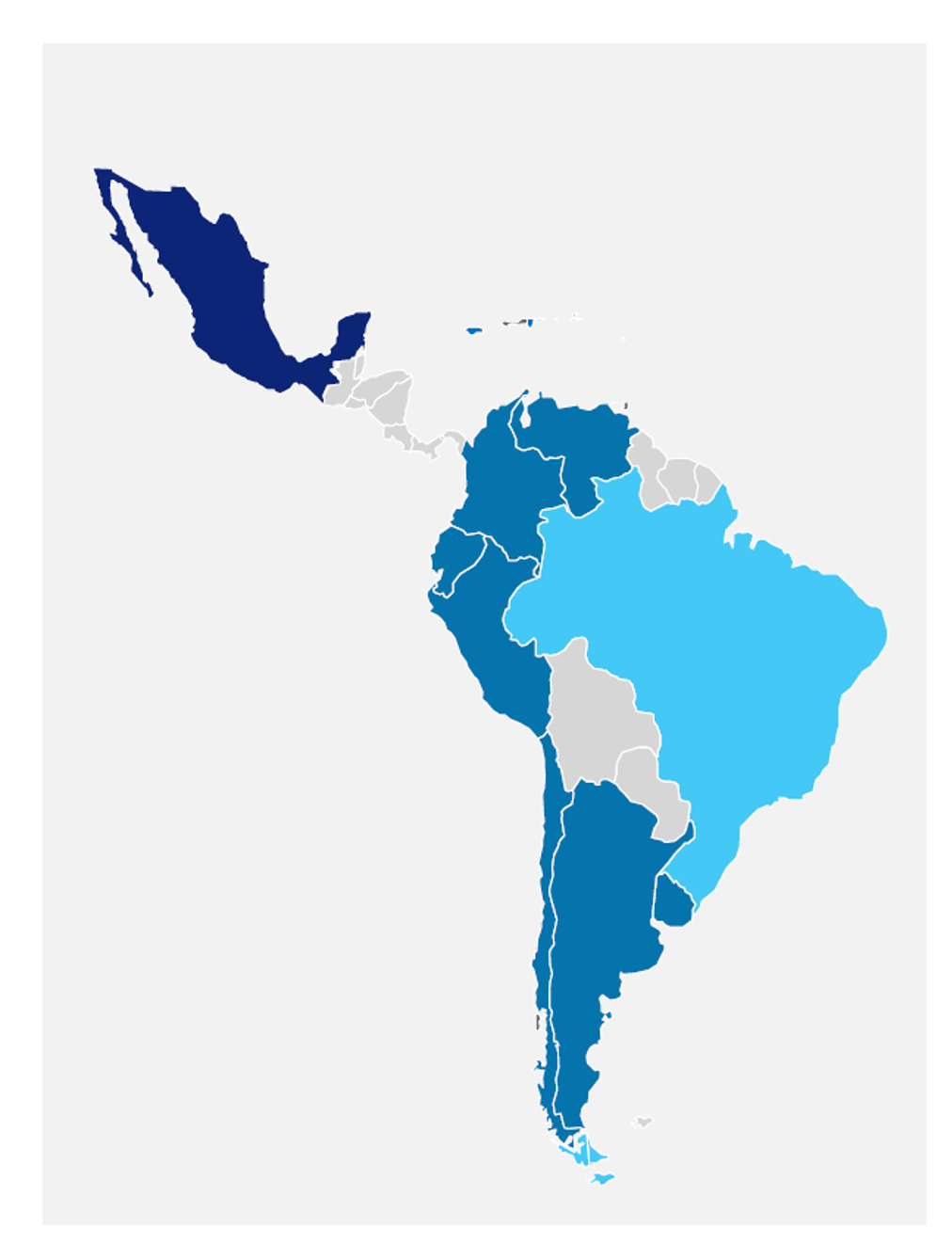 During the Q&A, John Stankey had an interesting unscripted moment when he established the definition of bundling success as “I want Comcast to regret the fact that they do not own a wireless asset and maybe have to do something about it (28:53 of the previous video link).”

One final observation that dawned on us after viewing the presentation a couple of times is that John Donovan’s strategic network and IT capital needs are going to be disproportionately coming from John Stankey and less from Ralph de la Vega.  The Mobile & Business Solutions unit is increasingly being looked to for returns on the existing (VIP-led) invested capital (monetize LTE, deploy AWS, make Cricket more successful, etc.) while the Entertainment and Internet Services unit is being scored on realizing value and making new investments.  This is not a blanket statement (and associating value generation between units in a bundle can be very difficult to delineate), but after few hours of watching the video we came away with a much better understanding of AT&T’s new structure.  It will be interesting to see how this structure impacts their ability to execute.

Next week, we’ll true up the Investor Scorecard and see how the Four Horsemen (Apple, Amazon, Google, and Microsoft) are doing compared to their cable and telco competitors.  Until then, please invite one of your colleagues to become a regular Sunday Brief reader by having them drop a quick note to sundaybrief@gmail.com. We’ll subscribe them as soon as we can (and they can go to www.sundaybrief.com for the full archive).  Thanks again for your readership, and enjoy the remainder of your summer!