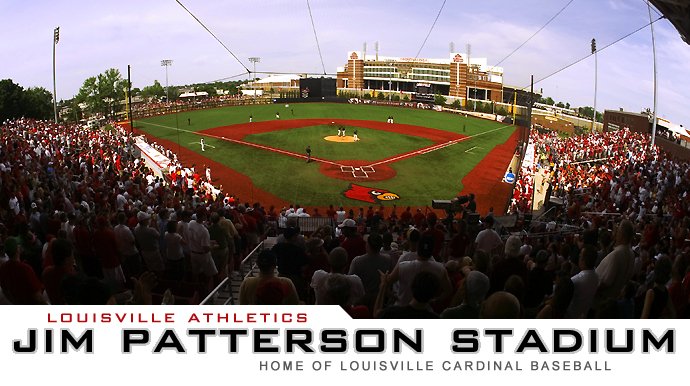 End of quarter greetings from Louisville (home of Jim Patterson stadium, pictured), Tyler (TX), and Dallas.  This week we will spend a little bit of time covering European anti-trust activities with Google.  We’ll also touch base on several interesting news events which support the themes developed over the past month.

As a reminder, the Sunday Brief crew will be taking a well-deserved vacation for the next two Sundays and will return with our July 19 edition (from Paris). This week’s edition has several links with longer content.  If you are current with your reading (and most of you are from the dozens of notes I received on last week’s write-up), try one of the in-depth links.  There’s a lot more going on than a 1500 word weekly can cover.  Or, if you are particularly ambitious and need that Kindle (or Hardcopy) content for your vacation, I recommend “The Intel Trinity: How Robert Noyce, Gordon Moore, and Andy Grove Built the World’s Most Important Company” by Michael Malone (Amazon link here).  It was not a quick read (573 pages), but very informative and thorough. 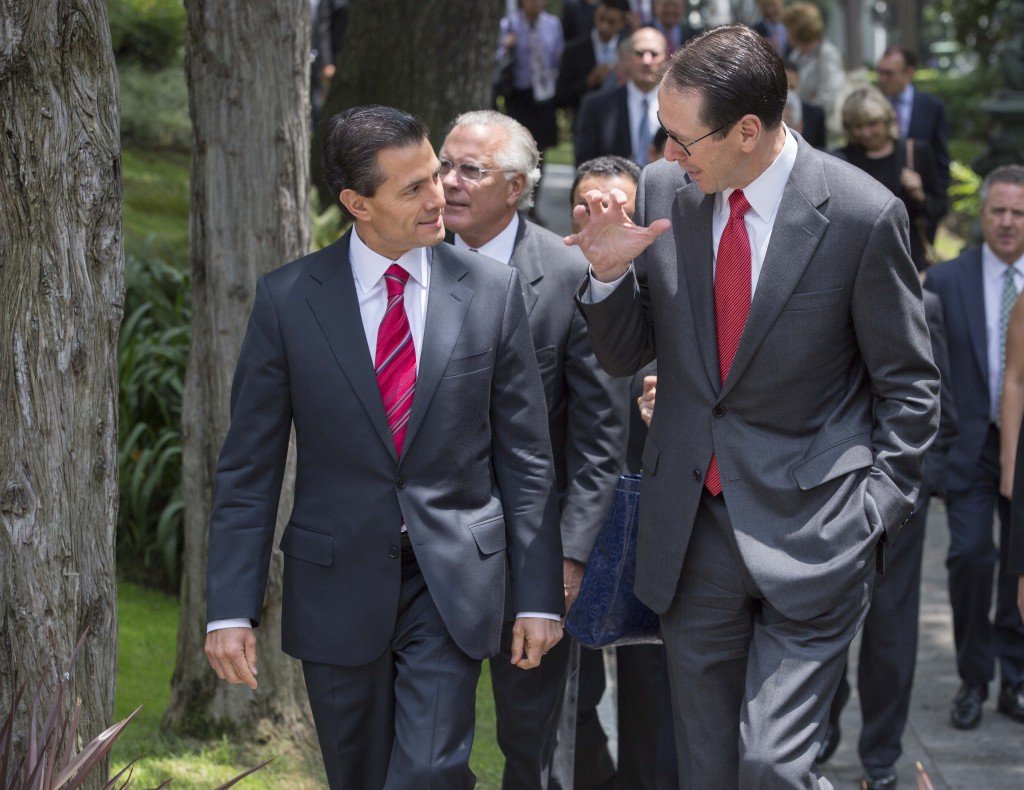 AT&T CEO Randall Stephenson met with Mexican President Enrique Pena Nieto on Thursday and announced that the company would be investing approximately $3 billion to bring the new AT&T network up to global standards (full announcement here). Contained in the announcement are some specific milestones that AT&T will achieve:

Bottom line: AT&T has created a different coverage map which will make them more competitive.  Entering as the number two provider, they will create a calling community of nearly 120 million people.  This is consistent with AT&T’s strategy to be an integrated communications provider with both wireline and wireless products and services.

Those of you who are long-time readers of this column know that the recent Open Internet regulations represent an open door for redefinitions of peering and government oversight of network engineering practices.  This process received its first trial this week with the informal complaint of Commercial Network Services (CNS), a Nevada-based corporation operating data centers in Los Angeles, London, and New York City, against Time Warner Cable (TWC), one of several Broadband Internet Access Service providers in the region.

To be brief, the complaint requests that the FCC mandate that TWC change where they peer and the size of their peering port with CNS.  One of the websites in question (see picture nearby) is called www.sundiegolive.com which features live webcam views of various parts of San Diego. Note: The popular web statistics gathering website Alexa currently estimates that sundiegolive is the 373,978th most popular website in the United States (Commercial Network Services was recently ranked  220,585th in the US).  This site likely gets a few hundred unique visitors per day.  According to Alexa, the average time a user stays on the site is just under 2 minutes.

CNS believes that Time Warner Cable is violating the Open Internet rules for the following reason (this from their informal complaint letter to the FCC dated June 22, 2015):

By refusing to accept the freely available direct route to the edge-provider of the consumers’ choosing, TWC is unnecessarily increasing latency and congestion between the consumer and the edge provider by instead sending traffic through higher latency and routinely congested transit routes. This is a default on their promise to the BIAS consumer to deliver to the edge and make arrangements as necessary to do that.

Clearly, this is not an issue of site access (some traffic is getting through), but speeds that are delivered to Time Warner Cable customers, particularly for sundiegolive’s newly launched High Definition (2 Mbps per screen) / Multi-screen views (12 Mbps per screen) of San Diego.  CNS would like TWC to connect at three common peering sites for free – Time Warner points to their peering policy (see here) which has certain rules and regulations.

While peering policies are sometimes accused of being shrouded in a cloak of complexity, in fact, as we have explained in this column several times, they are anything but.  The Internet was established on the premise that networks would avoid the costly and dispute-ridden construct of voice networks, which charge intermediate backbones for originating and terminating traffic.  The common rule/guideline is that networks of similar size and scope, regardless of when they were established, should exchange traffic at mutually agreed to points for free.  There are exceptions made (Cox Communications, another SoCal cable company, appears to have made one for sundiegolive), but TWC has chosen to stick to their policy (despite the threats made by CNS’ CEO, who says in an email attached to the complaint, “I filled something like this out before for TWC. Clearly, our network is more than capable of peering with yours and I intend to prove to the FCC that anything to the contrary from TWC is only a ploy to unreasonably demand paid peering. I know they are itching to get into TWC business so I’m sure it will be good enough for them”).

It is interesting that CNS has not chosen to use an intermediary (called a transit network) to connect to TWC, but instead only used public peering points.  If CNS had used Level3 or Cogent, for instance, they would have been able to clearly show the speed differences between TWC’s public and private connections (and would have make a much stronger case than showing the same video stream over Cox).  Both Cogent and Level3 do not participate in the Any 2 facility in Los Angeles for a reason (Any 2 is one of the three facilities CNS requests TWC interconnect – a full listin of the Any 2 participants is here).  The complaint says as about Level3 and Cogent’s transit rates and policies as it is about Time Warner Cable’s peering policy.

In another FCC administration, this informal complaint would be tossed in the circular file (even Karl Bode of dslreports.com, hardly a friend of TWC, has called the complaint “silly”).  However, this FCC and White House are looking for precedent and legacy, and they may have found the key to rewriting 20+ years of established commercial agreements.  More to come as the complaint progresses.

One of the stories that has had scant coverage in the United States but could impact the way Google’s search engines operate is unfolding in Europe.  This is one of the “penultimate” trends for which the implications to one of America’s darling start-ups could be severe.

Without going into significant detail, the European Union’s anti-trust chief filed charges against Google in mid-April which alleged that the company favored their own Google Shopping site even though the search query should have returned a rival’s site because it was a better match (more here in this New York Times article).  Google has to respond to these claims by next Friday.

A few weeks ago, the 100-page charge sheet was released to several complainants, including the Wall Street Journal (not surprisingly, News Corp is one of them – full article here).  In the charge sheet, it is recommended that Google use the “same underlying processes and methods” when presenting rival shopping-comparison services on its search page.  This apparently goes beyond Google’s own suggestion that they allocate a specific amount of search result real estate to rival sites.

The charge sheet also alleges that these uncompetitive practices have been going on for at least six years across 12 European countries.  Their recommendation carries with it hefty fines which could exceed 6 billion Euros ($6.6 billion).  And, the EU anti-trust division has yet to complete their investigation into Google’s Android phone practices (specifically rules governing the search results for apps in the Google Store and also Google Maps functionality).

Google has tried to quickly respond to these charges by making some organizational changes.  They named a new head of European operations in February (Matt Brittin), who recently issued a mea cupla through the Politico publication (full interview here):

“We don’t always get it right,” Brittin said. “As far as Europe is concerned: we get it. We understand that people here are not the same in their attitudes to everything as people in America. We just didn’t have the people on the ground to be able to have some of those conversations as we grew.”

Brittin goes on to say in the same interview that there is no evidence that any of the claimants have been harmed by Google’s practices and that many of them are US-based companies.

Changing how a search engine works, whether on google.com, or maps.google.com, or in the Google Play store, is a big deal.  Each change can impact the profitability of Google’s sites and their competitiveness against well-heeled rivals such as Apple and Facebook.  And US regulators will be hard pressed to justify returning more Google-friendly results (anti search neutrality) in light of their recently enacted network rules (there’s a lot here, but if you are interested in the US Dept of Justice and FCC investigations into Google’s network practices that were subsequently dropped in early 2013, more is available here from the Wall Street Journal).

As mentioned above, we are going to take a vacation for two weeks and return on July 19 with our pre-earnings report (from Europe).  Until then, if you have friends who would like to be added to The Sunday Brief, please have them drop a quick note to sundaybrief@gmail.com and we’ll subscribe them as soon as we can (and they can go to www.sundaybrief.com for the full archive).  Thanks again for your readership, and have a great Fourth of July holiday!