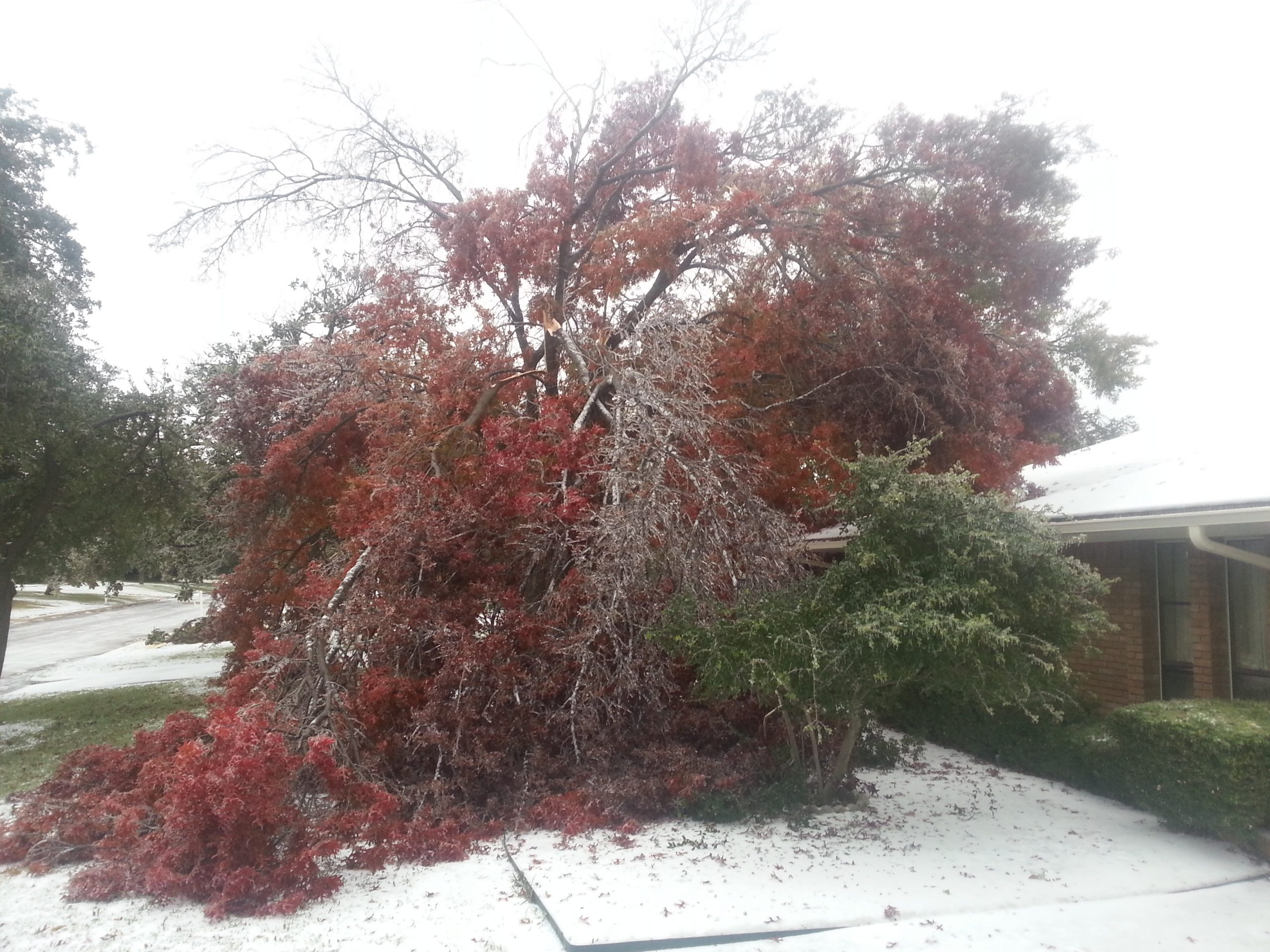 A wintery hello from Atlanta and Dallas.  The DFW metroplex is digging out from a substantial power outage that impacted over 270,000 homes (including ours).  Nearly 80,000 homes are still without power after more than two days of outages.  That may actually drive more people to the malls, and help to stimulate the economy (I’ll also attest that it’s driving a lot more neighborhood interaction as folks look out for each other).   And, as the picture shows, tree services will thrive, along with sales of chain saws, and a spike in ice melt purchases.

Weather aside, I received many comments from folks on last week’s column (for those of you who are behind, we highlighted data prioritization and packet efficiency as two emerging trends in the telecommunications space).  I erroneously stated that “none of the wireless carriers had made investments in data compression technology” and was reminded by my friends (and former University of Virginia Darden classmate Mark Davis) that Citrix’s Bytemobile product has been implemented by one of the large carriers (name not disclosed) as well as several other smaller North American carriers.   Bytemobile was purchased by Citrix in 2012.  More on the ByteMobile architecture here.

Before diving into in-home hubs, many of you sent me a note asking for my thoughts on AT&T’s Mobile Share Value plans annoucnement this week.  For those of you who missed it, AT&T announced a discounted data rate plan structure for customers who do not want a traditional 2-yr contract (AT&T Next, smartphones off plan, etc.).  More on the announcement here.

It’s important to note that the account changes occur at the device level, which means that we can add the “teen” smartphone (e.g., Mom’s 2-yr old iPhone 4) to the family’s ever-growing bucket of data, plus unlimited talk and text, for $25.   Previous reporting and analysis has focused on the overall pricing effect, but not the mechanism – the important thing to note is that AT&T did not change their standard retail pricing for shared data services.  They only changed the unlimited voice and data pricing for off-contract and/other compatible devices that connect to the AT&T network.  Here’s the rate plan for all Mobile Share plans:

This is not the beginning of a pricing Armageddon as many imply.  If AT&T wanted to create an Armageddon to attract gross additions, they would pull different levers (such as reducing prices on the data rate card above).  What this indicates is poor performance of AT&T Next, as well as the realization that the iPhone 4S (with cover) is lasting a lot longer and meeting the basic Internet browsing needs of a part of their customer base.  The concept of “no money down” is as American as apple pie.  AT&T’s Next product allowed faster upgrades but offered no additional incentive, creating an out of pocket cash increase for a deferred benefit.

It is very unusual to introduce a new pricing plan in stores, through customer service, and on-line in December.  Transaction processing is the focus of an already shortened Holiday season.  T-Mobile’s Simple Choice pressure is not going away.  But AT&T is responding to this pressure with a targeted strike, not an atomic bomb.

Verizon is not responding at this time because switching from Verizon to T-Mobile involves a device change  – it is not as easy as a SIM-card swap.  Here are Verizon’s current Share Everything data plan options:

Verizon could respond to this with a “double data” promotion starting in 2014 for all rate plans over 4GB.  They used this promotion to accelerate movement to LTE plans (and away from unlimtied plans) a few years ago (analysis here).  This would have a plan consolidation effect (multiple-device families or small businesses with multiple carriers could consolidate to Verizon) with minimal impact on overall economics (here’s GigaOM’s story on Verizon’s recent deployments of AWS spectrum to better meet LTE demand.  With unit costs of $5-6/ GB for LTE (before spectrum cost allocation), there’s plenty of room for a yield/ volume commitment trade).

Bottom line on Mobile Shared Value:  It makes perfect sense for AT&T to respond with Mobile Share Value plans.  And it makes perfect sense for Verizon to respond with increased AWS deployments and no pricing plan changes at this time.  Verizon’s next move will tap into the elasticity of demand and consolidation of small business and family plans, and, as a result, will have a structural (not tactical) industry impact.

On to this week’s emerging trend,  in-home Hubs (or “Who Needs a Set-Top Box?”).  Of the trends we will cover this year, this one has by far the most compexity and potential.  The triggers for including this trend were:  1) Xbox One was introduced in November, and Microsoft sold more than 1 million of these devices in the first 24 hours; 2) In August, Time Warner Cable announced that they would offer the TWC TV app over the  X-Box 360 (and Roku and Samsung Smart TV devices) in 2014.

While this has been described by some industry analysts as a “cute way” to get into the hearts and minds of teens (who are already shelling out $60/ year for an Xbox Gold membership), I see this as one intermediate step to a much bigger trend – the end of cable hardware. 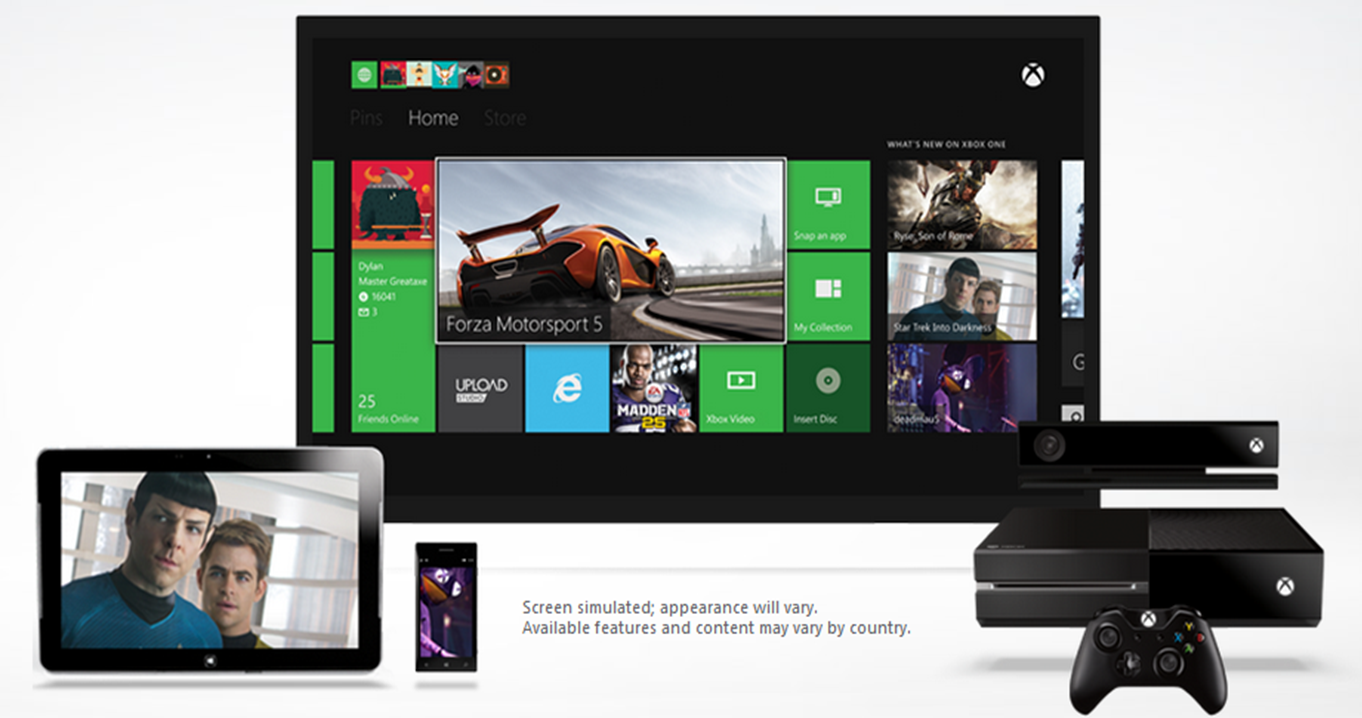 Entertainment center real estate space has been shrinking over the past decade, allowing more room for HDTV displays.  We have already eliminated the component stereo system, thanks to iHeart Radio, Pandora, iTunes, and Google music.  That rendered CD and cassette tape racks obsolete, not to mention stereo component  shelving.  We are short strokes away from removing the next component – the set-top box.

There are two main reasons for having at least one set-top box in the home:  authentication and storage.  Determining access to certain channels is accomplished through software stored within the set top box hardware, and, thanks to archane rules about network DVR capabilities and lots of legal wrangling (see history here), recording of cable programs is accomplished locally as well.

Enter the Xbox and Sony’s PS4 home electronics with 8GB of RAM, 500GB of storage, and 8-core AMD or x86 processors.  Without considering the need for game storage, 500GB allows for approximately 70 hours of HD content.

For $70 additional dollars per home (or about $2/ mo. over the useful life of the server), Time Warner Cable or Comcast could provide storage capacity in the local market that would accommodate more than 700 hours of HD content (and a lot of Xbox games).  Local terabytes can be securely stored, and content providers have no legal rights to block access (see preceding link).  It would produce a competitive advantage for cable companies over satellite.

The death blow to satellite comes with the next generation of TVs.  As Ethernet jacks become more prevalent across HD TVs, and as IP Gateways decrease in cost, the IP Gateway could easily become the sole device in the home with everything else (programming guide, DVR functionality, etc.) becoming a stored or cloud-based application.

Bottom line:  The original reasons for the cable set-top box/ DVR have been replaced by advanced gaming solutions and the rise ofsecure high speed Internet connections.  With the strategic focus shifting from video to Internet, cable companies will gladly jettison another piece of equipment to manage for higher profitability and customer satisfaction.

Cable DVR, you are about to become as relevant as my AM/ FM tuner (which hasn’t made it out of the  box since our move to Dallas).  It’s only a matter of time.

Next week, we’ll continue our analysis of key trends.  Until then, if you have friends who would like to be added to The Sunday Brief, please have them drop a quick note to sundaybrief@gmail.com and we’ll subscribe them as soon as we can.  Have a terrific week!