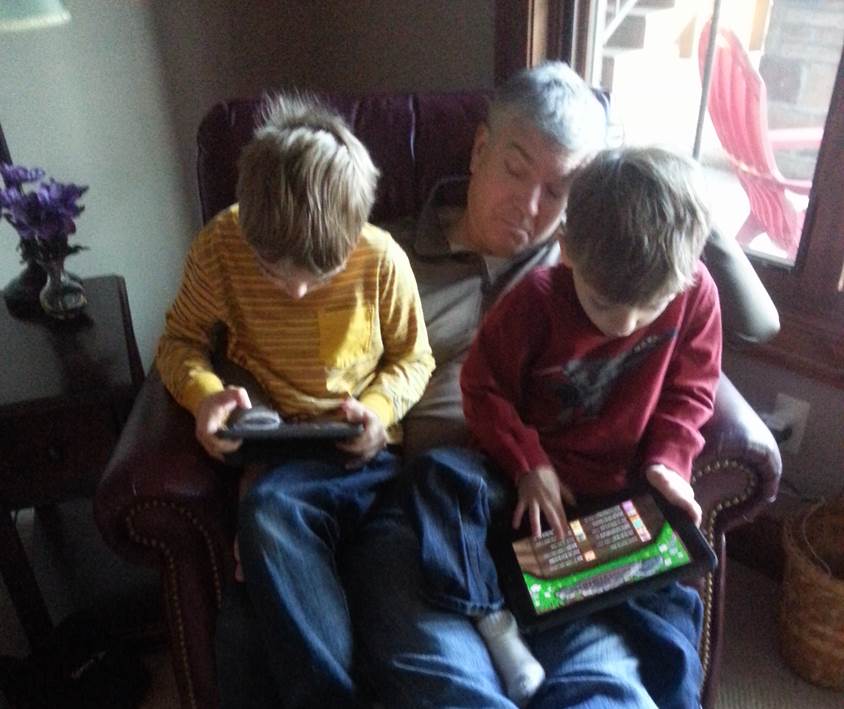 Happy Thanksgiving from Austin, Kansas City, Williard (MO) and Dallas.  I hope this was an enjoyable time for you and your family (I am pictured with two of my nephews who love to play games over their tablets).  This was a great time to relax and focus on the family (and just a little bit of football).

Our demand for information continues to grow at a substantial pace.  This demand is driven by the growth of radio-enabled devices (tablets, phones, laptops) that can access information from most parts of the globe.  It’s also driven by the proliferation of content, servers, access, and spectrum that can deliver gigabytes of data to metropolitan, suburban, and many rural areas.

As we have discussed in many previous Sunday Briefs, the growth of data has created several expectations:

These expectations (real or perceived) are either not being met or under threat.  The anxiety created by the thought of losing connectivity is far greater to younger (20-to-30) age groups than the threat of losing one’s job, health care coverage, or of world war.

Why the attachment (or, as Elliot Katzman of Commonwealth Ventures would define it, the addiction) to data?  First, devices are ready to receive data.  If we had 2008 processors in our mobile devices, the problem would be different.  Qualcomm’s Snapdragon chipset, while viewed by many as yesterday’s news, is capable of handling a 1.5 Megabits per second (Mbps) connection with ease.

Second, this is the first generation to grow up in an online-only world.  An example:  I asked my son, 15, to figure out how to reset the seasonal settings on our sprinkler system for the fall/ winter.  Where did he turn?  Not to the sprinkler system website (although he did get the sprinkler system brand), and not through the phone number listed on the maintenance record inside of the controller box.  Where did he turn?  To YouTube, of course (see the video here).  (Side note – Laura in the Kitchen, episode 241, has over 380,000 hits on “How to Cook a Turkey.”  Could Laura replace Mom or Aunt Sue? )

Finally, carrier data or business-provided Wi-Fi are available nearly anywhere from at least one provider (or Wi-Fi).  For example, while traveling through McAlister, Oklahoma, I found no less than seven connections – six Wi-Fi access points and AT&T’s LTE network.  Wi-fi access is nearly ubiquitous across retail establishments with some, such as Panera Bread, rewarding their most loyal patrons with preferred access for longer than 30 minutes at a time.  The ubiquity of access, either from Wi-Fi or from carrier-controlled spectrum, is critical to the growth of cloud-based music, photo-sharing, and location services.

To those of us who have been around the industry for the past decade, all of these points sound elementary.  Adopting the adoption curve language, it’s because we are innovators/ early adopters on the spectrum.  To a majority of users, the expectations created by smartphones and tablets are less than two years old.  When you take a step back and look at the expectations of today’s generation, expectations are fundamentally different.  This is why it’s all about data.

First, supplementing data costs and prioritizing bytes will be become commonplace by the end of 2015.  This is an enormous trend which reshapes the economics of cable, telco, and wireless industries.  The trend has been around for several years (Amazon routinely supplements the costs of data every time you buy a book on an AT&T-equipped Kindle), but widespread adoption has been hindered by unlimited plans and high bandwidth caps.

What would happen to iPad adoption if Apple paid for the first hour of FaceTime per month?  Now ask that question and have AT&T as the sole provider of the iPad promotion.   Now to Spotify (who just raised a new round of financing at a $4 billion valuation).  What if Spotify and Verizon were to get together and offer 40 hours of music streaming (none of it counting against your Share Everything cap) for $5.95 per month?  Or 400 hours of music streaming for $69.95 per year? 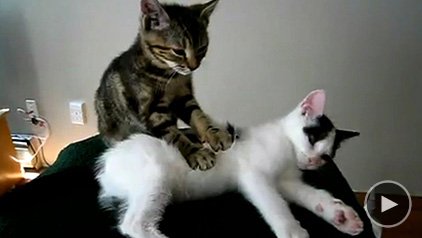 The bundling of applications and bandwidth makes a lot of sense, even before you include the possibility that some of that bandwidth might get a “fast lane.”  For example, if you are reading this while sitting in an airport, consider the value of being able to access the Southwest Airlines website faster from your mobile phone then the youngster who is playing the latest cat video.  I know, pitting corporate interests like rebooking a canceled flight against cute felines flies in the face of net neutrality proponents, but there are many cases where neutrality creates inefficiency, chaos and mayhem.  Data discrimination is a good thing in many circumstances, and in 2014 and 2015 a bandwidth-hungry population will realize how much better their data experience can be in a prioritized world.  It’s time for Verizon and AT&T to take the risk.

In addition to reordering data delivery, packet efficiency will become a critical differentiator for applications providers.  One of the trends that captured attention in 2013 was data compression, which comprises not only fitting more information into each byte, but also being able to un-package the byte with maximum efficiency.  This is important not only because global network speeds are developing at different rates, but also because consumers want more bang for each byte.  Develop a codec that allows a large player in the cloud space to have a short-term advantage, and you could cash in for tens if not hundreds of millions of dollars.

That’s exactly what AlgoTrim did this past summer, with Apple purchasing the assets of the company for approximately $100 million.  After completing a project for KDDI in 2012 that improved JPEG processing by six times, Apple took the technology for a test drive and by August the transaction was complete.

Facebook quickly followed suit in October, purchasing Israeli-based Onavo Mobile for an estimated $150-200 million.  Unlike AlgoTrim, who focused solely on software development, Onavo took a more systematic approach, allowing mobile users to save on their bill by using their servers (more here from this TechCrunch article).  This also helped to reinforce the notion that some individuals are willing to subject their browsing habits to applications providers (Onavo being a more thorough and complete browsing profile than Facebook).

Applying data compression technology in a closed-system such as Apple (or Google through Motorola) allows them to have a Pandora-competitive application suite.  Streamed music with off-line capabilities has long been the Holy Grail of music applications – “tethering” the content to a server in a fashion that satisfies content owners is a problem worth solving.  The prize is a music or video service that can survive airline flights, subways, or building elevators – a “How’d they do that?” technology advancement that grows content usage without wireless carrier network improvements.

Interestingly, none of the wireless carriers made investments in data compression technology, although any carrier would benefit from more efficient packaging of data (20-40% volume savings would be extremely valuable to unlimited providers such as Sprint and T-Mobile).  With in-house cloud assets, can a Verizon or AT&T “data saver” technology be far away?

Next week, we’ll talk about the evolution of set-top boxes and the services provided through them.  Until then, if you have friends who would like to be added to The Sunday Brief, please have them drop a quick note to sundaybrief@gmail.com and we’ll subscribe them as soon as we can.  Have a terrific week!