** EDITOR’S NOTE:  It is recommended that the first two pages of the attached document are printed prior to reading this article.  **

Texas high school football playoff greetings.  The “second season” has begun in the Lone Star State, and my son’s team (Jesuit Rangers) made it through the first round with a solid 59-7 victory over the (Richardson) JJ Pearce Mustangs.  It’s a fun time to be a high school football parent.  On to Rockwall (a fitting name for a tough opponent).

Thanks to you, we have had a surge in Sunday Brief subscribers over the past month (over 70).  Some of you may have been added later than the standard “next week” interval.  If you need to catch up on any back issues, they are at www.sundaybrief.com.  Keep the references coming.  We have added 198 net new subscribers this year and hope to top 1,200 total e-mail subscribers before the year is out.

This week, we will focus on changes in the handset marketplace since our last look (June 1, 2014).  At the end of the column, there will be a homework assignment for next week’s column.

Is It Still an Android World? 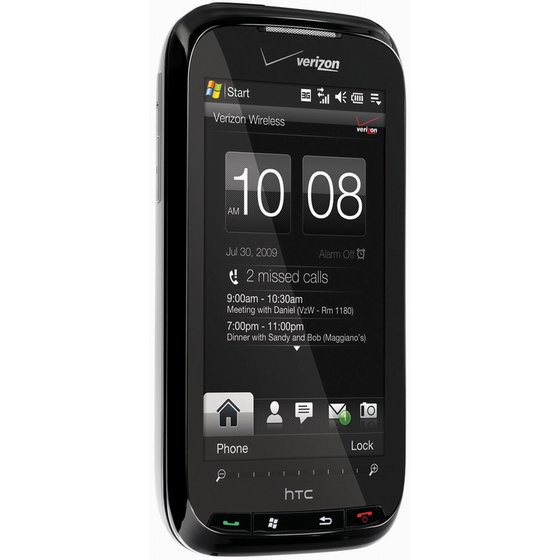 For five years, The Sunday Brief has been tracking the pricing and positioning of all wireless phones.  It has been an action-packed journey.  Hard to believe, but in late 2009 Verizon’s flagship smartphones were the EVDO Rev A enabled Blackberry Tour and the HTC Touch Pro 2 (running Windows Mobile).  Traditional phones outnumbered smartphones at Verizon stores by 2-1.  The Samsung Galaxy had not been introduced, and Verizon’s iPhone introduction was nearly 18 months away. 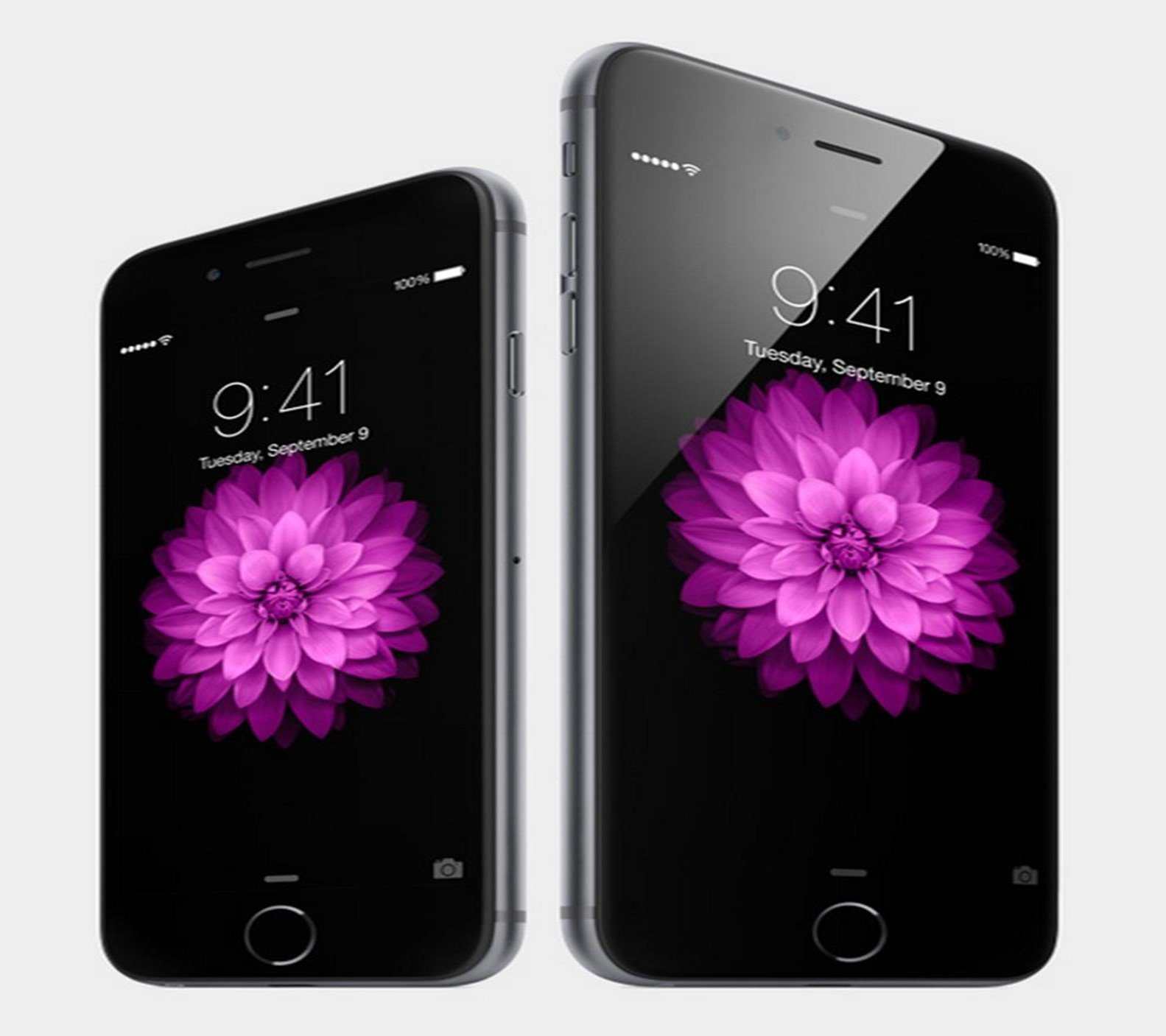 Five years ago, AT&T was basking in iPhone 3GS exclusivity. Many smartphones were just beginning to receive Wi-Fi radios, and six of the top nine smartphone devices were made by Blackberry.  Samsung was a fledgling smartphone provider specializing in the Windows Mobile operating system, and Android was completely unknown.  You can take a more extensive trip down memory lane by looking at the last two pages in the attached.

Today, the situation is quite different.  The traditional subsidy model is being challenged by one based on monthly payments.  The iPhone 6 and 6 Plus were simultaneously launched across all of the “Big Four” with T-Mobile and Sprint receiving certain Wi-Fi product or bundle treatments – another break from Apple’s past.  We now talk about the quality of Wi-Fi calling and the availability of 802.11 ac in the latest devices.

The most dramatic change, however, is occurring in how we pay for a device.  Instead of cost sharing at point of sale (customer pays part of the device when they switch carriers or renew), the wireless carriers have begun to offer monthly installment plan models (AT&T offers a 30-month option in their payment plan, while the other carriers offer 24-month options).  In exchange for shifting device costs to the consumer, service plan prcing has been cut or more data has been added to current plans and pricing has remained flat.  Once the device has been fully paid off, consumers are under no further contract obligations.

Monthly payment plan options  combined with pooled data pricing (and unlimited voice and text) have become the norm at T-Mobile.  They no longer offer subsidized device pricing.  It’s also interesting to note from the attached charts that they offer substantially fewer (10-16 less) devices than their peers.  Store representatives are better versed on more devices, and can match plans to specific customer needs.

Dealing With Device Inventory in a Monthly Installment World

Monthly plans have heightened inventory obsolescence risk.  In subsidy models of the past, the lure of “free” devices could usually clear most units.  This was especially helpful as carriers upgraded networks.  Older devices could be quickly jettisoned, leaving less “This phone does not have LTE capabilities” discussions and disclosures in the buying process.

Apple even jumped on the bandwagon, adopting the carriers’ $199.99, $99.99, and $0.99 pricing strategy to affect an orderly device transition.  “Free iPhone” offers have been cited by Verizon Wireless in several conference calls as the driver of gross additions (although in the case of the free iPhone 4S, customers would not be able to have an LTE or XLTE experience).

Customers who want (or are a member of a family who is joining ) a monthly AT&T pricing plan face the following dilemna:  Purchase the latest and greatest iPhone 6 for $21.67/month for 30 months, or last year’s iPhone 5s for 15% less or $18.34/month.  For $3.33 more per month (or $100 across 30 months), most consumers are going to splurge and get the latest version.  That creates serious problems for previous iPhone models.

Nowhere is this more evident than at Sprint, and is one of the reasons why they had to create “iPhone for Life” plans:

As this chart shows, it is going to be very difficult to clear any iPhone 5, 5c, or 5s inventory through monthly payment plans.   They will have to be sold through the traditional subsidy model. 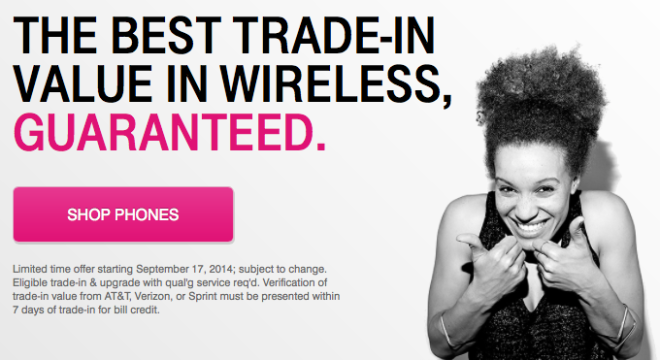 The situation becomes even more complex with increased Early Termination Fee (ETF) activity and aggressive phone trade-in pricing.  In an effort to get a many customers on the latest devices (and networks), the carriers (particularly Sprint and T-Mobile) are making aggressive offers to replace customers’ existing handsets.  This is especially important to Sprint as most trade-in devices are not Sprint Spark capable (Sprint’s custom tri-band 2.5 GHZ/ 1900 MHz/ 800 MHz configuration).

The evidence of increased supply of secondary devices started to show up in AT&T’s third quarter earnings when they announced that 462,000 gross additions came from Bring Your Own Device (BYOD) sources.  While some of these represent “family shifts” (during the switch, one member of the family gets a new device and everyone else gets the hand me down), many of these are reflections of the growing supply of secondary devices from sources like eBay, Gazelle and Glyde.

Bottom line:  Wireless carriers are moving to monthly payment plans (although Verizon and AT&T will continue to offer traditional subsidy models for the foreseeable future).  This creates inventory obsolescence pressure on older models in the line-up.  In addition, ETF and trade-in programs are driving additional supply into the market.  This leads to a wider selection of devices using a wider array of networks.

What does this mean to Apple, Android, Microsoft, and Blackberry?  Each new device launch needs to be materially better than the previous one.   If customers cannot justify the difference, they will increasingly bring their own device.  That creates customer experience issues for each wireless carrier.

Next week, we’ll discuss your comments to the following question:  “How should the government engineer the Internet?”  Please submit your responses to sundaybrief@gmail.com (all responses will be anonymous) and we’ll publish the results.  Until then, if you have friends who would like to be added to The Sunday Brief, please have them drop a quick note to sundaybrief@gmail.com and we’ll subscribe them as soon as we can (and they can go to www.sundaybrief.com for the full archive).