How Should the Government Regulate Internet Interconnections? 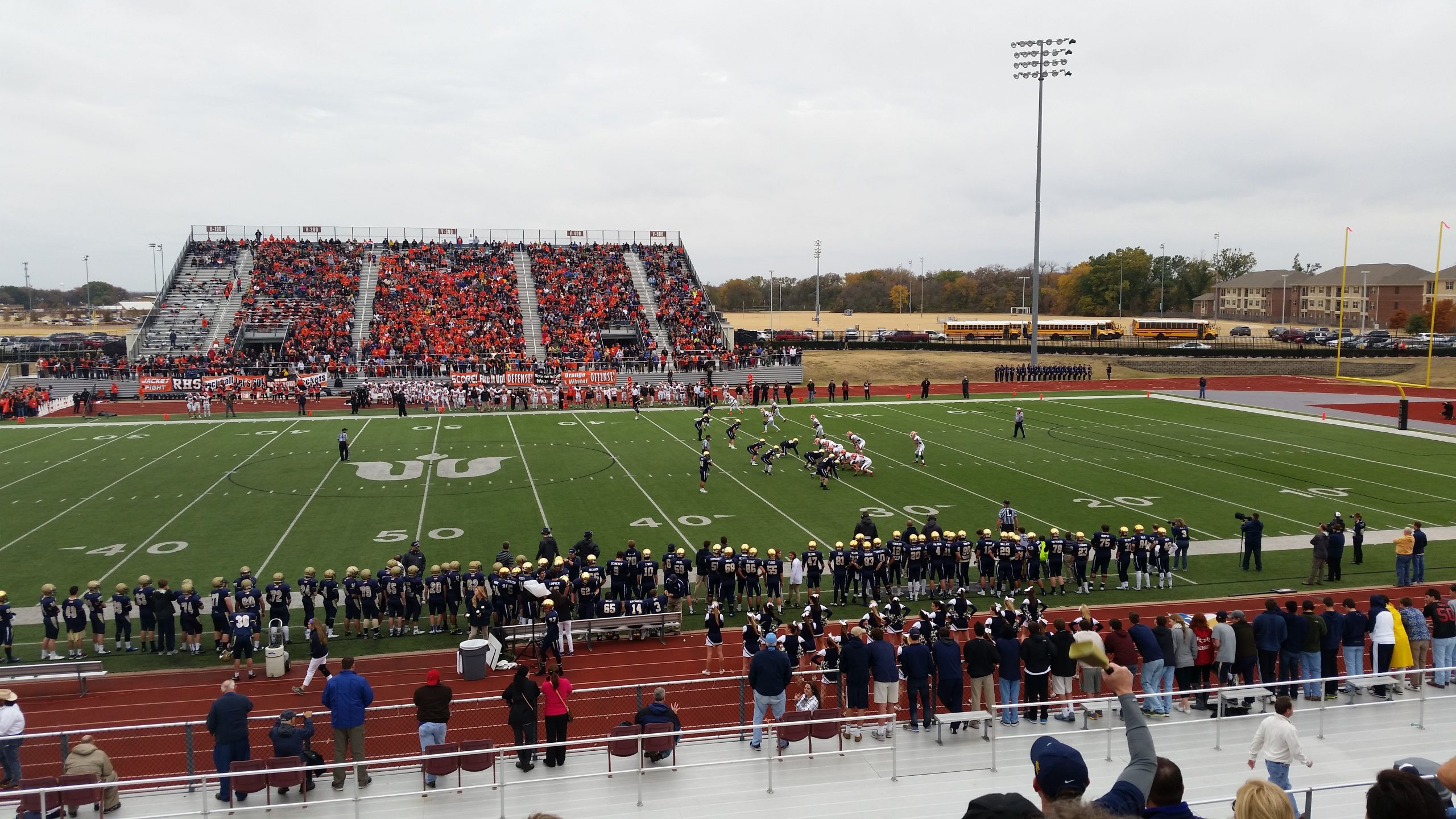 Thanksgiving greetings from Austin and Dallas, where the Jesuit Rangers played a terrific playoff game against Rockwall High School.  In the end, Rockwall prevailed, but Jesuit kept it close through the third quarter. 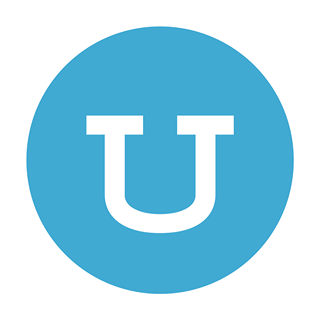 Before we dive into this week’s topic, I wanted to give a quick shout-out to my friends at Uberconference (not a client, just a huge fan – more on their product here).  Many of you who worked with me know that I have dropped Citrix GoToMeeting for Uberconference and have high respect for the entire Switch Communications (formerly Firespotter Labs) team led by Craig Walker of Grand Central/ Google Voice fame.  They have shaken up the conference calling scene with inexpensive innovations and been rewarded with strong adoption.  Sprint announced this week that they were integrating Uberconference into their Google Apps suite of services.  Kudos to Sprint and Uberconference for the move.

In addition, StepOne (who is a client) announced their Care Profiler product this week to wide coverage.  I think the best quote comes from Silicon Angle who called Care Profiler a “CT Scan for customer service.”  I have mentioned StepOne several times in this column, and believe that deep contextualization can be a game changer for Communications Service Providers.  StepOne translates correlated data points into action, and in the process drives up satisfaction and drives down calls to care.  More on StepOne here.

DARPA, NSF, and the Commercialization of the Internet

With the President’s support for increased regulation now publicly known (see his statement here and the corresponding Washington Post article on how this scuttled a near-term deal here), I think it’s worth two Sunday Briefs to discuss practical ways to resolve two critical elements of the Net Neutrality debate:  a) interconnection agreements, and b) paid prioritization.

The Internet was not invented in the Silicon Valley by Apple, Cisco, Facebook, Uber, Netflix or Google.  It was born out of the efforts of the Defense Advanced Research Projects Agency (DARPA), an organization established by President Dwight D. Eisenhower in 1958.  While it would require the rest of the column to outline the series of events that took place (see a good history here), it is interesting to note that IBM belittled the idea of the Internet in the 1960s, and that AT&T at the time had no commercially available “long lines” to handle Internet networking.  Here are pictures of the 1971 and 1977 DARPAnet nodes:

Despite repeated efforts by Democrat Montana Senator Mike Mansfield to curb DARPA’s efforts (see more on the Mansfield Amendments of 1969 and 1973 here), DARPA’s network lived on, and made its next major leap with the development of Transmission Connect Protocol/ Internet Protocol version 4 in 1982 and 1983.  At this point, TCP/IP v4 became the standard for all military networking (and would stand as the standard for more than 20 years).  The launch of NSF Net in 1986 quintupled the number of Internet nodes, paving the way for the invention of the World Wide Web.  The first commercially available Internet offerings did not appear until the mid-1990s, when the National Science Foundation ended its sponsorship of the Internet backbone.

Without the government’s sponsorship (and especially that of the defense and academic computer science communities), there would be no Twitter, Google, Netflix, Groupon, etc.  However, without commercialization, the Internet would have been a costly private network (and there would have been no iPhone).  Bottom line:  The Internet was a government invention in the 1970s and 1980s, but commercialized and financially sustained through entrepreneurs in the 1990s and beyond.

Connecting Networks is a Messy Business

Transitioning from a government-run to a fully commercialized state has not been easy.  Companies like BBN Planet, CERFNet, UUNet, SprintLink, and Internet MCI carried traffic for emerging brand names through dial-up connections.   Many other Internet backbone companies emerged during the dot.com boom.  To connect server content to customers, all of these networks had to interconnect.  As a result, peering policies were developed.

Peering relationships have been the topic of debate since the development of commercialized Internet.  The cartel forged by the original Tier 1 Peers (who exchanged information between themselves at a settlement free rate but charged others for access) stood for nearly a decade.  With the advent of large fiber-backbones in the late 1990s, new networks emerged and faced a constant struggle to “break in” to the economic club.  Genuity was acquired out of bankruptcy by Level3 in 2003.  UUNet was acquired by MFS who was acquired by WorldCom and eventually Verizon.  Internet MCI was acquired by Cable & Wireless through the MCI/ WorldCom divestiture and was eventually sold to Savvis which is now a part of CenturyLink.  SprintLink still exists largely as an IP backbone for Sprint’s wireless division.  Tier 1 IP status had cache and real economic value.

The concept of peering is not as straightforward as many have represented.  The standard used in many agreements is called “hot potato routing” which, as the name implies, involves handing off content to the destination IP provider as soon as possible.  If the customer is in Tuscaloosa, Alabama and the desired server content is in Mountain View or Sunnyvale, California, under hot potato routing, the Alabama Internet provider would be responsible for picking up the traffic at a peering point (e.g., in Palo Alto at the Palo Alto Internet Exchange) and transiting it to Alabama.  If the content is a web page, it’s likely not a big deal, but if it’s a multi-GB video, the type of routing makes a difference.

As the growth of YouTube and Netflix has proliferated, the argument of “where to interconnect” has intensified.  Cable companies, who largely operate private backbones with leased or owned fiber, want to have Level3 or Cogent meet them as close to their facilities as possible.  This practice is called “cold potato routing” and is the framework for the termination of voice minutes between VoIP and circuit-switched providers.

While Internet traffic continued to grow in the 2000s, it wasn’t until Netflix had accumulated a sufficiently large streaming library (~2010) that cable companies (and Verizon and AT&T) began their demands for paid peering.   This started a three year feud between Level3 and Comcast that eventually resulted in a settlement (a brief history from Telecompetitor can be found here).

While the details have not been disclosed, it’s likely that Level3 agreed to carry traffic further into the network and have a handoff point closer to the customer.  Using the Tuscaloosa example, instead of having Comcast transit traffic from Palo Alto/ Sunnyvale to Tuscaloosa, the parties likely agreed to connect in Atlanta or Birmingham.  At the same time, Netflix likely began to store some of their more popular content on servers in Atlanta to minimize their costs to Level3. 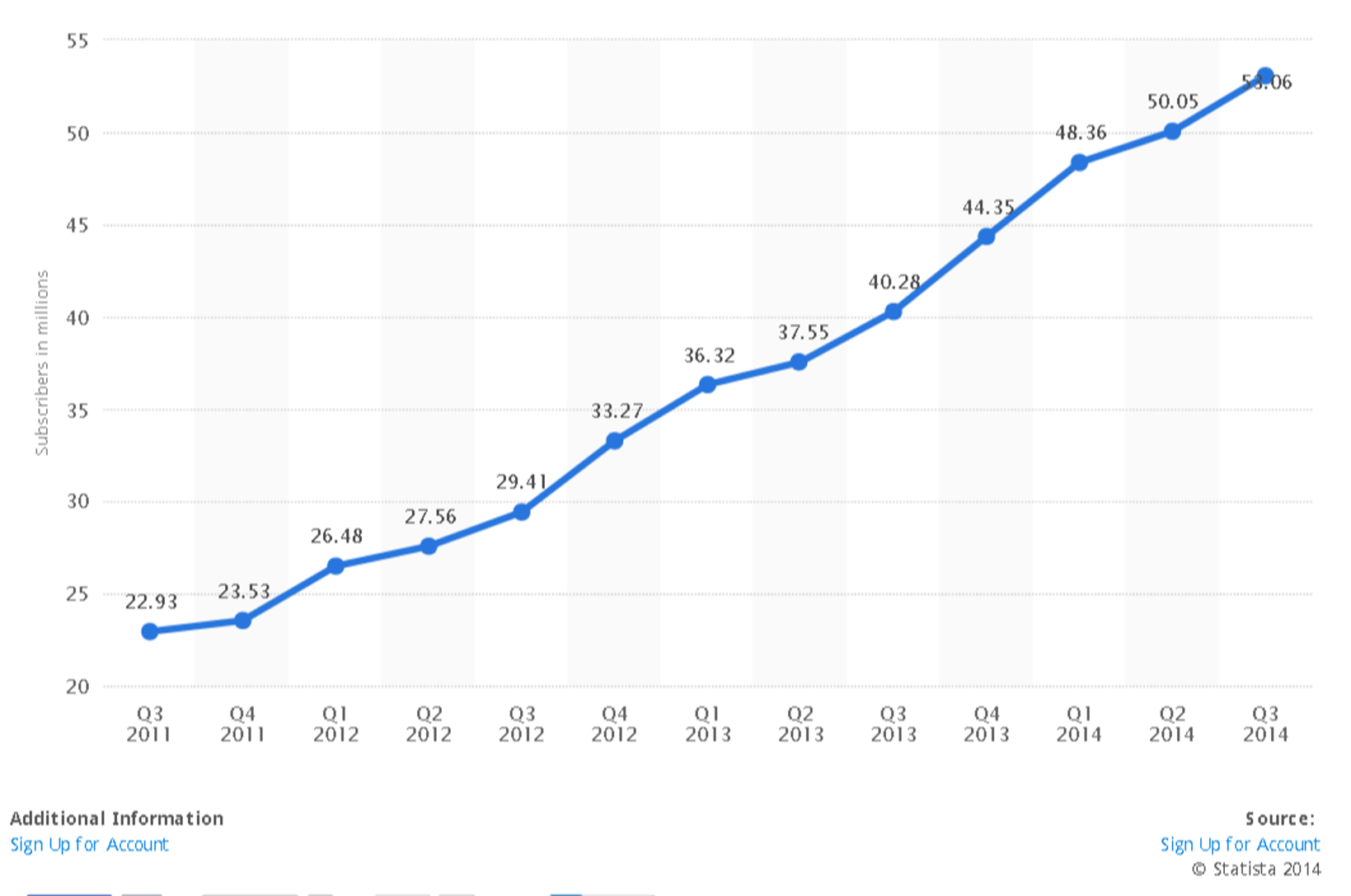 This solved some short term problems, but Netflix continued to grow far faster than broadband subscribers as a whole (see nearby Statista chart and this page for more data).  With Netflix continuing their rapid ascent (according to Sandvine, Netflix has grown from single-digit peak-period US Internet traffic in 2010 to 35% today), many additional interconnection ports need to be added.  If they are not added in a timely manner, service quality degrades.

Note:  Degradation applies not only to downloaded packets but also to upload acknowledgements or “ACKs” that the download packets were received.  Slow upstream acknowledgement will result in delays in release of additional downstream packets.   See this article from Ars Technica on the upload packet phenomenon.

According to the Sandvine study cited above, fifty percent of today’s peak (7-11 p.m.) traffic comes from two sources: Netflix and YouTube.  But traffic constraints are only going to get worse with the rise of HBO, CBS, and Dish/ Disney over the top services.  Many in the Internet community have voiced concerns over the impact of increased congestion on interconnection points and have called on the government to act quickly.

To solve this problem, the FCC needs to do several things:

While there is a lot of emotion around the concept of paid prioritization, establishing long-needed interconnection rules represents the final step in transitioning from the DARPA/ NSF academic model to a fully functional commercial model.  The FCC plays an important watchdog role here, and needs to be clear how changes will improve the streaming experience.

There will be no Sunday Brief next week due to the Thanksgiving holiday – we will resume the Net Neutrality debate with a discussion of Incentives-based Paid Prioritization in the December 7th Sunday Brief.  However, we are taking your nominations for the top ten events of 2014.  Please submit your responses to sundaybrief@gmail.com (all responses will be anonymous) and we’ll publish the results.  Until then, if you have friends who would like to be added to The Sunday Brief, please have them drop a quick note to sundaybrief@gmail.com and we’ll subscribe them as soon as we can (and they can go to www.sundaybrief.com for the full archive).