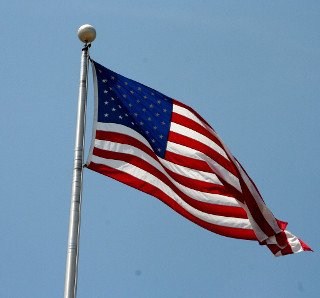 Flag Day greetings from Denver, Charlotte, and Dallas.  This week, we will examine in depth some of the trends that we think will shape the second quarter and the remainder of 2015.  We’ll cover two large trends this week, and conclude our analysis over the next two weeks.

Prior to this discussion, a few shout outs.  This week, the Light Reading Leading Lights presentation occurred in Chicago (to coincide with the second annual Big Telecom Event).  Sequans Communications (where I am a Board member) bested Nokia for the “Most Innovative IoT/ M2M Strategy (Vendor)” award.  Kudos to Georges Karam and the entire Sequans team for this achievement.  Many of you have read about the developments going on in low-power (CAT 1 and CAT 0) chipset development, where Sequans is leading the way (if you need more reading on the topic, click here). 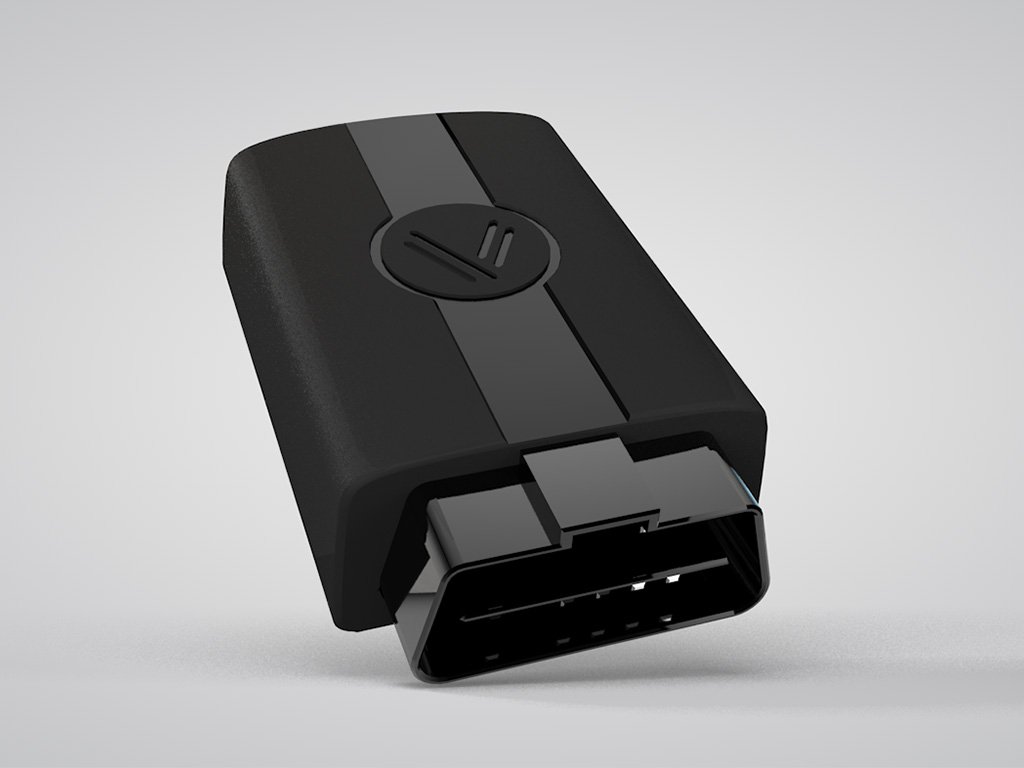 Second, congratulations to Dallas-based Vinli, a start-up focused on making your car’s OBD (On Board Diagnostic) system more fun and exciting.  Having come off of a strong showing at last fall’s Tech Crunch Disrupt conference, they managed to raise $6.5 million to get their product off the ground.  Interestingly, this includes several strategic partners such as Samsung Ventures (who led the round) and Cox Automotive (autotrader.com; Kelly Blue Book).  This is what happens when you put really good apps developers (Vinli is a spinout of Dialexa, one of the leading enterprise app developers in the US) together with car enthusiasts.

As I was watching the Apple WWDC Keynote address this week, the potential of Vinli really hit me.  Or rather, the fact that most hardware developers (including Apple in 2007) could not envision the array of application possibilities that would emerge from increases in centralized/ cloud computing, Location Based Services (LBS), and social networks. To see the potential of this for cars with Vinli, have a look at their current applications store here (14 apps is impressive in light of the fact that they do not have a launched product yet – I am told that there will be hundreds launched later this summer).  FoodCast, which locates the nearest food truck.  Parkhub, which locates available parking options surrounding major sporting and entertainment events.  MileIQ, which makes expense reporting easier.  Small today, but each application begins to intensify the local experience (I’m still waiting for Vinli and Gas Buddy, which has over 10 million Android downloads, to do something big yet local together).  More to come on how an OS-agnostic app store for cars will reshape the driving experience after I get my first Vinli in August.

Top Trends of the Second Quarter

Deciphering the top trends of any quarter is difficult, and the second quarter of 2015 is no exception.  There’s a lot of “reading between the lines” to figure out what’s really going to move the needle.  This week’s trends are based on several conversations over the past month with analysts and industry executives.  For the next two weeks, we would like to hear from you.  What’s moving the needle with your company/ industry?  What are the ripple effects of these decisions, and when will they be felt?  Here’s your chance to (anonymously) make your thoughts known.

Trend 1:  AT&T to Mexico – “Hablamos su lengua”.  When AT&T CEO Randall Stephenson is not talking about DirecTV synergies (the deal was announced on May 18, 2014 and is still awaiting final approvals), he is talking about Mexico.  For those of you who missed it, AT&T purchased two carriers in the past nine months, Iusacell (~6 million subscribers; 20-25 MHz of 800 MHz spectrum; 39 MHz of 1900 MHz spectrum) and business-focused Nextel Mexico (2.8 million subscribers; 20 MHz of 800 MHz spectrum; 30 MHz of AWS spectrum).  Both transactions have closed, and new AT&T Mexico CEO Thaddeus Arroyo is moving quickly to transform their acquired spectrum and customers into an AT&T compatible network.

AT&T has a strong understanding of the network capabilities that they have acquired (both current capabilities and the promise of LTE).  However, they will have a lot to learn about buying habits (data plans, smartphone demand, disposable incomes) and municipal licensing (we take this for granted in the US – Department of Transportation Rights of Way are not as easily granted).  To start, AT&T is allowing corporate customers in Mexico to roam in the US when they are traveling north.  This is a far easier move than having AT&T’s massive enterprise base crush the Nextel and Iusacell networks by allowing them to roam for free when they travel south.  But that benefit is coming – soon.  It will impact the strength of AT&T’s corporate offerings for the 4-5 million cross-border business travelers.

Next, AT&T will need to develop a coordinated retail presence in Mexico.  Copying their success in the US, it’s likely they will have a mix of company-owned and dealer stores.  AT&T will be uniquely advantaged with purchasing power across new devices (for corporate customers and high-income individuals), but their real advantage will be in enabling an entirely new market for refurbished/ off contract smartphones.  Given the 3G orientation of Iusacell’s network (and the limited budgets of many consumers), an Apple iPhone 4s might be a popular starting solution.  And there are lot of iPhones coming available thanks to AT&T’s Next plan adoption.

AT&T has expanded their distribution and market understanding through the acquisition of Cricket, which recently passed 5 million subscribers according to this Fierce Wireless article.  With 3,000 stores in the US, and the fact that Cricket is the same word whether in English or Spanish, we might even see a brand expansion.  On top of the Cricket experience, AT&T also did a stellar job of integrating the Centennial Wireless assets into their Puerto Rico holdings and currently control 38% of the total wireless market on the island (where they happen to compete against America Movil and their Claro brand).  While it will take several years to materialize, it would not surprise me to see coverage throughout Mexico’s population centers that looks like that of Puerto Rico (LTE coverage pictured).

Where does AT&T’s strategy leave T-Mobile (and specifically, how should they respond to AT&T’s inclusion of unlimited calling/ messaging to Mexico for selected Cricket/ GoPhone plans)?  Would Carlos Slim be a better boss for John Legere than Charlie Ergen?  To what extent will AT&T use America Movil’s towers (more on that opportunity here)?  How far will AT&T’s enterprise play extend, and will we see capital spending include an inter-city fiber network?  Most importantly, how will AT&T’s US-based capital spending be impacted by additional requirements from DirecTV and Mexico (see here for a fairly damning article on AT&T’s residential capital shortfall and its impact on DSL availability here).  There are many questions to discuss over the next several quarters, but it appears that Mexico is going to be a top priority for the company for years to come.

Trend 2 – Cable consolidation and the role of programming.  In case any of you forgot, in the second quarter the Federal Communications Commission blocked the merger of the two largest US cable companies, Comcast and Time Warner Cable.  This allowed TWC to be included in the existing merger plan between Charter and Bright House Networks which was originally announced on March 31, 2015.  This three-way merger was announced on May 26, 2015 (full presentation here). 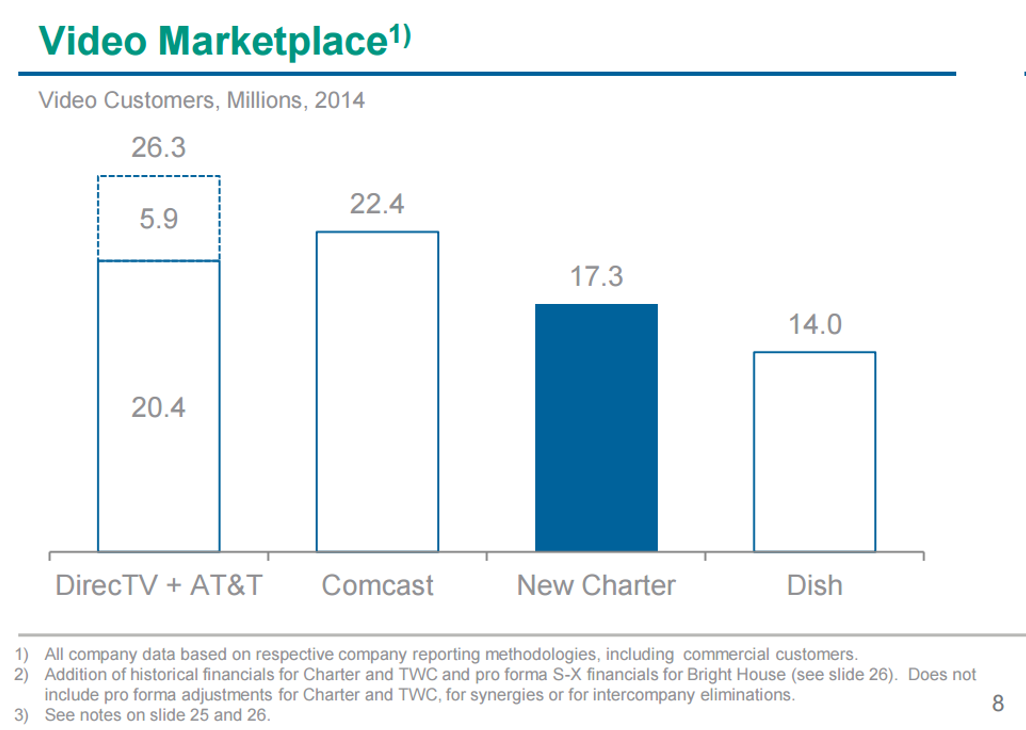 There are several reasons why these three companies are merging, but none is as big as programming leverage.  In the synergy section of their combined presentation, cost synergies are promised based on “combined purchasing and elimination of duplicate costs.”  While combined marketing and product organizations will save some money, this is primarily a case for increased programming savings due to scale.  As the nearby chart shows, Charter will be slightly smaller than Comcast yet slightly larger than Dish.   That puts Charter into a different league than they were as a separate company with 4.3 million subscribers.  TWC’s programming costs of $1.4 billion in Q1 2015 made up 57% of total video revenues (and grew 8.5% vs. total revenue declines of 1%).  Something’s got to give here, and more scale delivers Charter a stronger hand when it comes to negotiations.

Outside of management decisions (which appear to be more of a “best person for the job” than is seen in a traditional M&A transaction), there’s a lot of equipment purchasing power that can result in additional cost efficiencies.  More scale may also drive more enterprise (and wireless carrier) decisions to cable, although all three companies are already working in tandem on nationwide enterprise opportunities today.

As we discussed in last week’s column, there’s value to scale in asset intensive industries.  The new Charter will definitely enjoy a lower cost structure than either TWC, Bright House, or Charter experienced previously.  But the merger will be considered a flop if they cannot squeeze 10-20% out of existing programming costs (or achieve other changes to the contracts that allow them to offer the “skinny TV” package options that Verizon announced in mid-April).

While AT&T and DirecTV share the same objective as the new Charter, the new AT&T entity will be applying their scale across North America.  I would not be surprised to see additional consolidation opportunities emerge with Canadian operators (Shaw, Videotron, Cogeco, and perhaps even Rogers).  On top of this, it’s highly likely that this merger will accelerate the Wi-Fi footprint for the combined entity (re: Charter is not a current member of the Cable Wi-Fi consortium).

We’ll write more about the state of cable next week, but the bottom line for the new Charter is this:  Lower programming costs and grow existing opportunities faster (especially in commercial services).  That will be a well-watched talking point for several quarters to come.

Next week, we’ll continue the trend discussion and talk more about Sprint’s and T-Mobile’s trajectories (hint:  one is not moving as quickly as the other).  Until then, if you have friends who would like to be added to The Sunday Brief, please have them drop a quick note to sundaybrief@gmail.com and we’ll subscribe them as soon as we can (and they can go to www.sundaybrief.com for the full archive).  Thanks again for your readership, and have a great week!