Get Ready for the Integration Era 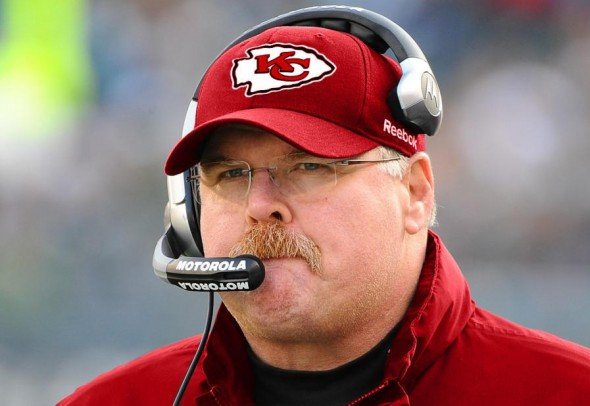 Greetings from Kansas City and Dallas, two cities immensely interested in the start of the NFL season this weekend.  It’s been a really full week of telecom-related events, and merely mentioning them in some sort of order would do it an injustice.  However, there is a rhyme and reason each of them, and we’ll demystify each of them this week.

While not surprising, the magnitude of Verizon’s purchase of Vodaphone’s 45% stake in Verizon Wireless was significant.  Starting this week, Verizon will be floating over $20 billion of what will ultimately be $50 billion in bonds to cover part of the purchase price.  The Financial Times is reporting that Verizon will even test the idea of 100-year terms for some types of bonds.

Many have speculated on the underlying interest rate, with several new outlets and analysts suggesting that Verizon will actually achieve a lower coupon on the upcoming debt than they have on some of their other outstanding issuances.  For the record, here is what Yahoo! Finance shows as the current Verizon long-term bond schedule (this is only a partial schedule of Verizon’s debt): 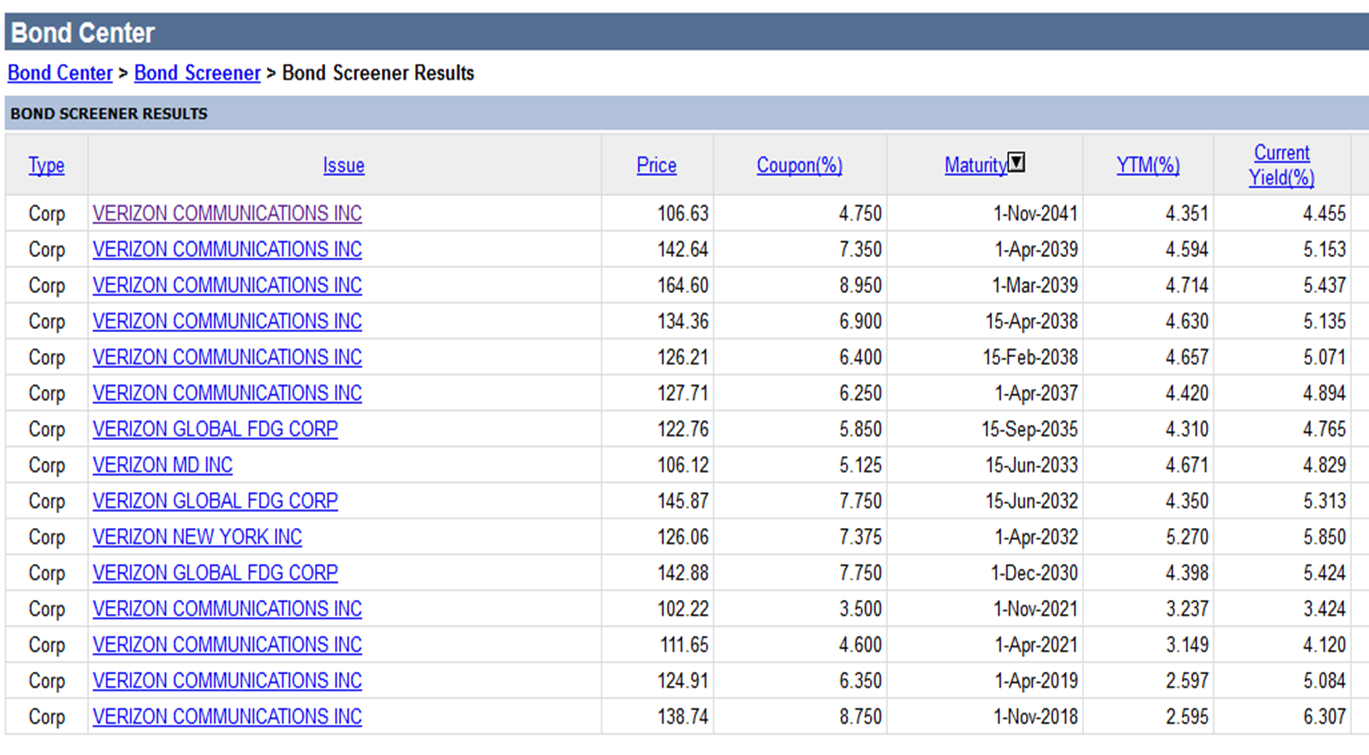 Based on this chart, Verizon’s current debt holders appear to very comfortable with a 30-year term. The longer the financing term, the greater the flexibility Verizon will have in upcoming 600 MHz wireless spectrum auctions.   One thing to watch – a 30-year bond yield priced at or below 6% would be very significant for Verizon and Vodaphone shareholders who still need to approve the transaction.

Speaking of shareholder approval, one of the more interesting headlines lost amid other telecom news of the week was the magnitude of the breakup fees should either Verizon or Vodaphone back out of the deal.  A good summary of the fees can be found here.  I found the “materially-adverse” clause to be particularly interesting (from The Wall Street Journal article):

If either the U.K. or the U.S. introduces new laws that would impact Vodafone’s tax bill, a “materially-adverse clause” could be triggered, the filings show. That could allow Vodafone to walk away for the $1.55 billion fee.

Vodafone expects to pay $5 billion in U.S. taxes on the deal, but has structured it to pay no taxes in the U.K. That is expected to raise some eyebrows in the U.K., where corporate taxes have already been under the spotlight.

I can imagine that UK lawmakers are not happy that Vodaphone has structured a deal that allows them to escape the taxman.  Outside of the syndication of the debt, there are few things that can derail this deal, but Vodaphone still has veto rights should Parliament decide to enact a special tax.

Several of you asked me to explain the near-term impacts of a heavily-indebted Verizon.  As many long-time readers know, we have been tracking Verizon’s debt load for over four years.  At the end of 2009, total debt exceeded $62 billion – that figure has since dropped to below $50 billion.  An incremental $50 billion of debt at a weighted average coupon rate of 6% = $3 billion in increased annual interest payments, against a backdrop of ~$40 billion in annualized cash flow.  Even with a capital budget of $17+ billion and $8 billion in dividends, it’s hard to make the case that increasing leverage is a bad one, especially if the long-term rate is around 6%.

To make the recapitalization of Verizon a success, they need to solve wireline’s problems:  Aging infrastructure, legacy maintenance and other operations costs, and “cloud cred” with large enterprise IT departments are but three of many issues Verizon management needs to tackle.  Verizon Wireline needs to replace hips, knees, and shoulders that have atrophied over the past decade as Verizon Wireless gained dominance.  Integration is not going to be easy – success starts with an integrated management team.

(As an aside, I have to wonder what AT&T executives are thinking right now.  They have been pursuing an integrated strategy for years, culminating in the Project Velocity IP (VIP) $20 billion announcement last November.  In many respects, AT&T is leading Verizon in balance sheet optimization against the backdrop of a low-interest rate environment.  It will be interesting to hear what comments they have, if any, when they host their earnings conference call in October). 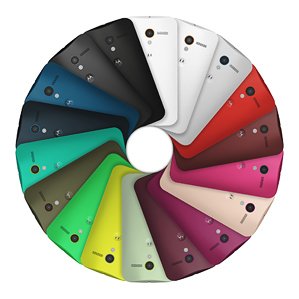 Verizon was not the only one making headlines this week.  In a surprise move, Microsoft purchased the mobility/ handset assets of Nokia.  When Google bought Motorola (and their 24,500 pending or approved patents) in 2012, I said it was only a matter of time before the Nokia and Microsoft relationship deepened.  Just after a year later, Google introduced the Moto X, the most integrated device in the Android world.  For a terrific behind the scenes look at the crafting of the Moto X, read Steven Levy’s story that appeared in Wired.

The Moto X exposed a multitude of flaws in the current Windows/ Nokia design:  virtual ears, active display, quick capture photos, hands free authentication that leverages NFC, and a customizable design process that one would expect to see from Nokia, not Moto.

Microsoft had no choice but to buy Nokia.  They are seeing some traction from Nokia 1020 (41 Megapixel) sales, but that’s only with one carrier in the US (AT&T) for now.  Given changes in Microsoft’s overall strategy that we discussed in several Sunday Briefs this summer, they need to capitalize on their ability to do what Google and Motorola just did.  Frankly, it had to have been an embarrassment to Microsoft when the Moto X launched as the features they implemented in just over a year are the same ones described by Nokia and Microsoft when they decided to join forces in February 2011.

Surprisingly, the transaction was made even easier by the current US tax code.  As a result of double taxation on foreign earnings, many companies, including Microsoft and Apple, have substantial overseas cash holdings (Microsoft has about $60 billion as of June 30).  The Nokia handset price of $5 billion today + $2.2 billion in future licensing revenues is a small dent Microsoft’s foreign reserves.  (For more on the tax code situation, Business Insider did a fairly detailed piece on foreign reserves last December.  The full article can be found here).

Integration is the new buzzword.  Wireline/ wireless integration.  Hardware/ software integration.  Global integration.  We are about to be integrated to death.  While it sounds so easy, we are about to enter the most difficult part of any business transition, one where competing models (ad-based, licensed, transactional, subscription) collide.  The resulting product tends to be a mutation that even Frankenstein would be ashamed of.  When integration is done right, we get the iPhone and the Moto X.  When it’s done wrong, we get the Nokia Lumia 900 (the link is to Jushua Topolsky’s review in The Verge).  Here’s to more iPhones.

Speaking of the iPhone, there’s an announcement next week in case you have not heard.  We’ll be comparing and contrasting it to Samsung’s lengthy presentation this week in next week’s Sunday Brief.  Over the past two weeks, we have had 29 referrals to receive the email edition of Sunday Brief (and 10 address changes).  Thanks for passing it on and staying current.  If you have friends who would like to be added, please have them drop a quick note to sundaybrief@gmail.com and we’ll subscribe them as soon as practicable.  Have a terrific week!