FirstNet- Deal of the Decade, or Dead-End? 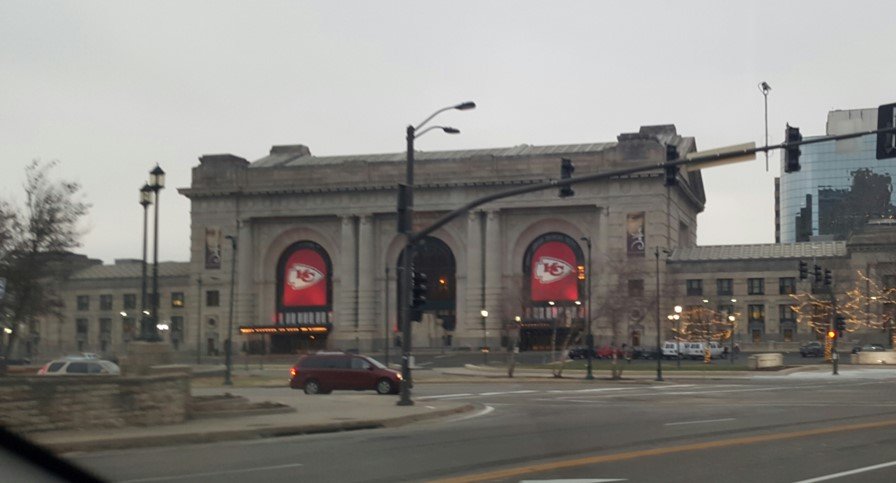 Friday afternoon, Re/code broke some news that surprised many in the wireless community (full report here).  The story stated that Sprint had finalized plans for a “radical overhaul” of their network architecture which would save the company $1 billion annually.  This plan would combine three elements to reduce costs:  1) (re)locating towers from traditional sites to ones that leverage less expensive government rights of way, 2) for these tower sites (and others currently served by AT&T and Verizon), using microwave cell site backhaul as opposed to fiber-based solutions, and 3) shuttering some “fringe” cell sites (and presumably entering into a roaming agreement) with marginal economics. 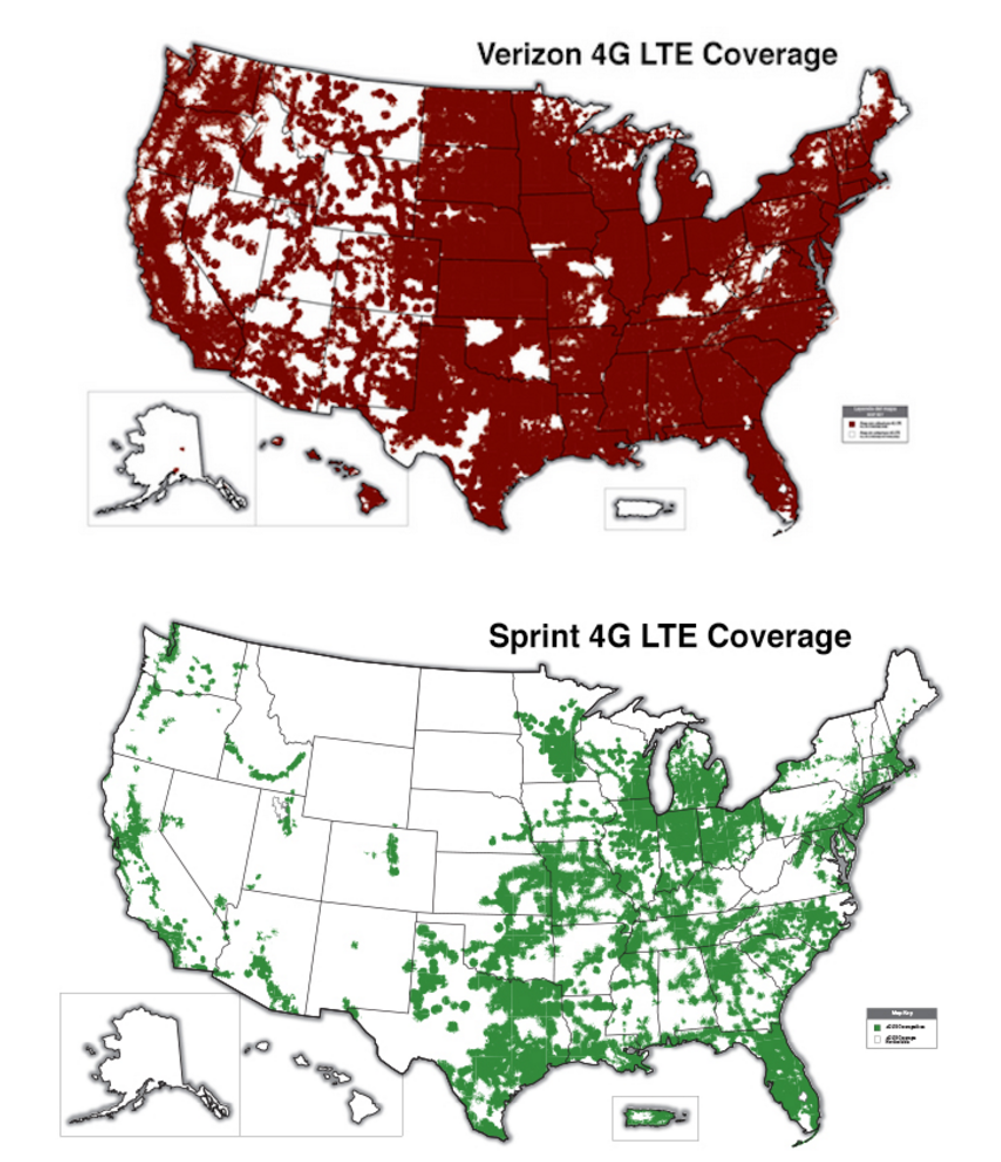 To save $1 billion in annual expenses, Sprint would need to lower high cost sites by approximately $30-40K per site per year.  Based on some discussions with cell site tower colleagues (many of whom are active Sunday Brief readers), higher cost towers generally cost between $55-95K on average and make up approximately 35% of the total base for a company like Sprint (highly reliant on 1900 MHz and 2500 MHz solutions).

If we assume that’s about 14K total sites of opportunity (there are about 40K total Network Vision sites according to Sprint’s quarterly reports and some assumed growth), that represents about $770 million – $1.3 billion in annual total rent.  Add in another $48,000 per site annually for 7K of the 14K sites (the rest are provided by cable or Zayo) for Verizon/ AT&T bandwidth and the total cost opportunity is about $1.2 – $1.7 billion (Note – this would represent a 37% reduction in backhaul spending with Verizon and AT&T using the $1 billion figure in the Re/code article).

Bottom line:  To save $1 billion in costs, Sprint will need to cut 59-83% of their total budget for high cost sites.  Note: these are estimates provided by sources who are not close to the situation, but it’s probably safe to say that Sprint needs a 15K site solution for leases, and a 7-10K site solution for backhaul.  As to shuttering marginal sites, there’s a direct customer impact at this point to shrinking network coverage which is difficult to determine without more details.

Sprint learned a lot about disrupting customer service through their Network Vision project – they clearly underestimated the effects of over a decade of radio tuning that had previously taken place.  The risks grow as this seems to be a “relocate” not a “cap and grow” tower strategy (at least that is what would be needed to achieve the $1 billion figure).  With termination liability payments and one-time equipment costs, it’s unlikely that net cash savings of $1 billion would be achieved in the first year.  But it is possible that this figure could be attained in 24-36 months when growth site savings are included.  And you can expect each of their competitors to ratchet up the rhetoric and local marketing efforts once the plan details are released and to join Sprint on these new towers if they prove to be a cost effective alternative.

On a positive note, using microwave backhaul puts Sprint in control of the end-to-end service equation.  Assuming they use Mobilitie as their architecture partner, there’s a good chance that they could produce the strongest data network in parts of a city.  But translating this into a sustainable service advantage without 600 MHz and 700 MHz spectrum is going to take some targeted marketing and sales skills.  And, if the reports that Sprint is going to abandon fringe cell sites it true, Sprint is probably better off forming an “edge coverage” affiliate with cable companies or Zayo than going down a roaming/ no coverage path.

Last Monday, AT&T announced an unlimited wireless product only available when bundled with an eligible DirecTV or U-Verse video service (a broad set of video products are eligible).  Here’s a brief summary of the offer (provided by AT&T): 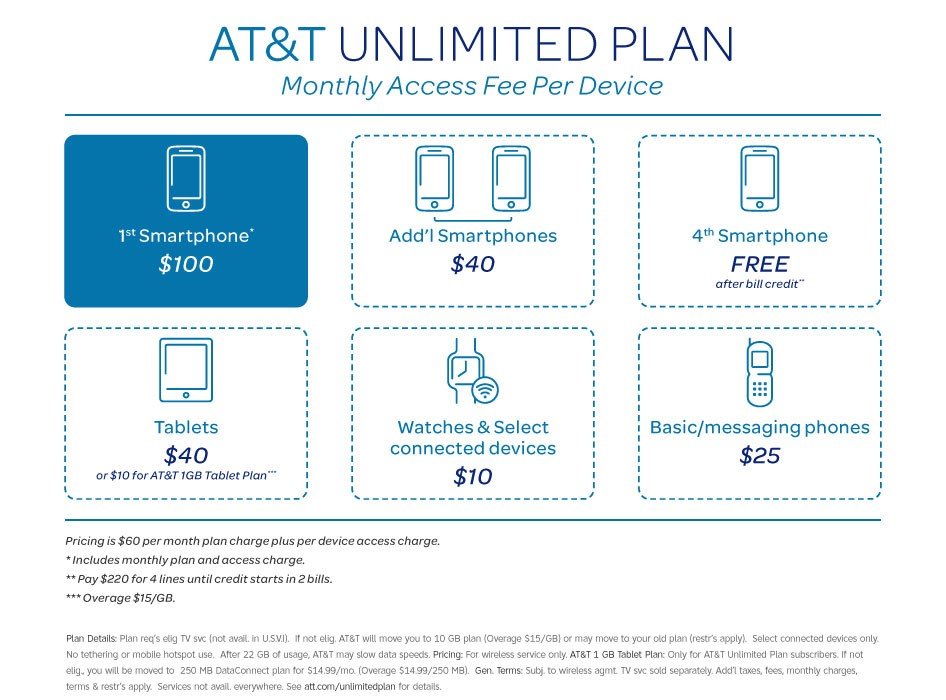 This is a big shift in AT&T’s strategy.  Reintroducing unlimited data (at a slightly higher price per line for the first three lines than they had in 2010) after repeated efforts to shift subscribers to shared data plans is welcome to most, but will be confusing to some.  Adding the tablet plan with 1GB of data for $10 will be enticing, and AT&T could make the offer even better if they capped the total tablet overage charges at $55 (3GB overage).

But AT&T is also creating a bundled offer.  This (along with Mexico) is the source of AT&T’s differentiation, even if Verizon decides to match the plan structure in the Northeast (which they would be very wise to do).  Many in the analyst community have panned the bundle requirement, but many believe it’s extremely innovative and impactful, not only to the current base (who can move to these new plans) but also for movers (especially moving families).

What’s missing (and what would be most impactful to their cable competitors) is U-Verse data.  Understandably, AT&T wants the national message, and they already offer good (but not great) U-Verse and DirecTV bundles today (see here), but with speeds capping out at 24 Mbps in many areas (compared to 50-75 Mbps or higher for most bundled offers with Time Warner Cable and Comcast), the value is diminished.  What would be most attractive is to offer anyone who takes the double play described above the opportunity to buy 45 Mbps or 75 Mbps service (as available) for the 24 Mbps price for as long as they keep the bundle.  Given the low marginal costs of a speed increase, that type of offer would drive the cable companies to T-Mobile or Sprint.

Most analysts expect AT&T to have an OK fourth quarter.  As in 2014, when they introduced Mobile Share Value plans, their upcoming quarterly report will have more of a forward looking focus.  It’s deserved because their latest offer is very attractive for a small but extremely profitable wireless segment.

FirstNet:  Deal of the Decade, or Dead End?

One of the most intriguing ideas in telecom got more detailed this week when the FirstNet agency released their Request for Proposal (download it here).  For those of you who are not familiar with the organization, they were founded as an independent authority through the National Telecommunications and Information Administration (NTIA) as a result of the Middle Class Tax Relief and Job Creation Act of 2012.

out band 14 in the 700 MHz spectrum block.  This is prime real estate, as the previous AWS auction results (and the upcoming 600 MHz auction interest) have shown.  T-Mobile, AT&T, and Verizon all use 700 MHz capacity for hundreds of millions of wireless subscribers today.

Responses to the RFP must address sixteen guiding principles.  They include:

There are many more aspects that will be considered, such as the bidder’s experience in deploying wireless networks, their financial stability and resources to complete what is likely to be a $10-15 billion network build (of which $6.5 billion will be paid for by FirstNet), and the bidder’s history working with rural first responders (note: the rules around this spectrum allow customers to access at higher power rates which will improve coverage in less populated areas).

Given that this spectrum has already been cleared and is ready for full deployment today in most parts of the country, the opportunity to gain a 10×10 block of spectrum that will be open to commercial and prioritized use when the 4-12 million public safety users are idle seems to be a large value block.  For those of us who have worked with large government projects, however (e.g., the FTS 2000 project), the winning bidder is going to need to have to persevere through delays, obstacles, and politics.  On the face of it, Verizon would be the most likely winner given their ownership and operation of the adjacent 700 MHz property (band 13), but AT&T has also shown interest.  Until the announcement discussed earlier in this column, Sprint would also have seemed like a likely bidder given their lack of low band spectrum.

Bottom Line:  Based on what we have seen so far from a glance through most of the RFP, the long-term benefits of deploying this spectrum seem to outweigh the adoption uncertainties and likelihood of unforeseen costs.  The opportunity arrow tilts toward “deal of the decade” and away from “dead-end.”

Next week, we’ll look at Verizon’s earnings announcement (due Thursday) for indications on overall industry profitability and outlook.  Until then, please invite one of your colleagues to become a regular Sunday Brief reader by having them drop a quick note to sundaybrief@gmail.com.  We’ll subscribe them as soon as we can (and they can go to www.sundaybrief.com for the full archive).  Thanks again for your readership, and Go Davidson Wildcats!