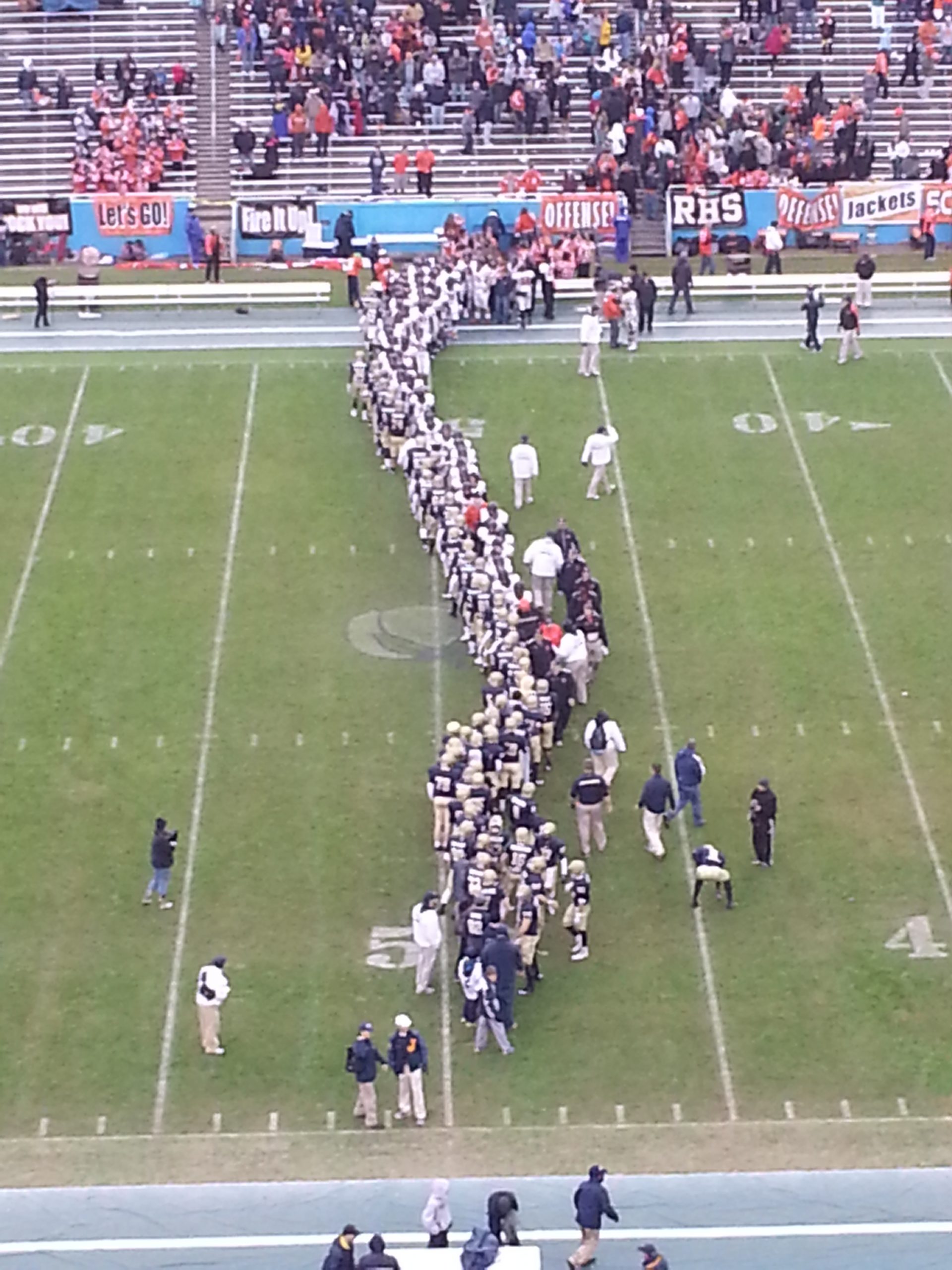 Greetings from Austin and Dallas, where high school football playoffs are underway (this week’s lead picture is of the Jesuit College Prep Rangers and Rockwall Yellowjackets).  Jesuit won by 20, and Martha and I are becoming football parents like we never dreamed before.  There is nothing like Texas high school football, especially during the playoffs.  It’s a cultural phenomenon.

Before we begin our two-part discussion of several important trends that will impact the telecommunications landscape over the next year, I want to respond to several questions posed by you on the cable consolidation rumors that surfaced this week.

As we saw with wireless consolidation and spectrum trading in 2012 and 2013 (T-Mobile + Metro PCS; Sprint + Softbank; AT&T + ATNI + Leap, US Cellular spectrum and/or customer sales to T-Mobile and Sprint), there is a logical time in any industry where a re-clustering of assets makes sense.  The drivers of this change have been varied – government mandate, capital requirements, unique distribution capabilities of the acquired company.  The result:  Greater efficiency and broader coverage driven by economies of scale.  Greater competition has made an impact on the wireless industry in 2013.  The boldness of T-Mobile, which we have written about in several Sunday Briefs, would not have had as great an impact without MetroPCS.

The cable industry has not been caught up in the waves of wireless change, with the possible exception of Clearwire.  There has been talk for years about who would acquire Cablevision and what valuation premium would be assigned.  The possible combination of Suddenlink and Mediacom (two large 2nd and 3rd tier cable providers) surfaces every six months and then is quickly squashed.  Now, the focus is on Charter and Liberty Media’s plans to acquire part or all of Time Warner Cable, perhaps with some help from Comcast.

This story has all of the drama of many of the programs broadcast over Charter and TWC’s networks.  A legendary CEO, afflicted with cancer, announces his retirement, signaling an end to his reign over a decade of impressive transformation and value creation (which was accomplished as a previously failed merger was being unwound). 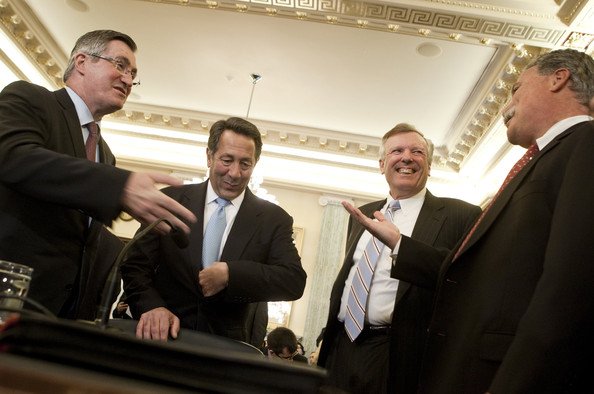 The acquiring company is smaller, but is in the midst of its own legendary turnaround.  While growth is slowing in much of the industry, Charter has several quarters of growth left to catch up to the penetration rates of the industry leaders, including TWC and Comcast.   Charter’s stock has skyrocketed since they emerged from bankruptcy in late 2009 (CHTR began to trade in Jan 2010), delivering a 41% compounded annual return to shareholders during that period.

On top of this, the CEO of the acquiring company (Charter), used to run one of the largest divisions of the potentially acquired company.  While there is a degree of collegiality between cable companies, the Rutledge/ Britt relationship has been cool if not wintery.  Even though  the cable industry has changed, the personalities (Dolan, Roberts, Britt, Malone, Miron, Cox, Kent, Commisso) have not.  It’s familial, if not downright family, and, as we know, there’s nothing like a good family “discussion” around the Thanksgiving table.

If there’s one thing that unites a “family” in dislike, it’s having others meddle in family matters.  This includes the FCC-run Obama administration.  As the Wall Street Journal reported this weekend (subscription required), on top of valuation issues, any acquiring company faces increased regulation.  Enter Tom Wheeler, the new FCC Chairman and one-time head of the National Cable Telecommunications Association (NCTA).  Also enter the most networked cable executive in Washington, David Cohen from Comcast.

For Charter to succeed in an industry-changing cable event (as opposed to a highly leveraged transition), they will need to go through the FCC and state regulators.  Time Warner has significant operations in New York and California, the two most active Public Utility Commissions (note, there are others such as North Carolina and Texas who will also want to extract concessions).  These commissions, along with the FCC, want to regulate broadband.  Specifically, they want to prevent the prioritization of one byte of data over another, a concept commonly known as net neutrality or nondiscrimination.

The possibility of a discriminating Internet has regulators seething.  For those of you who aren’t following the story, Verizon has appears poised to win their lawsuit challenging the constitutionality of the net neutrality provisions adopted by the FCC in 2010.  (For a good background read on the story, read the InfoWorld article here).  A recently penned editorial in Wired magazine summarizes the situation as follows (the article is titled “We’re About to Lose the Internet as We Know It”):

The DC Circuit Court ruling will likely set up months if not years of appeals.  Rather than have an argument with Verizon, why not bring the cable industry to the table (who have more High Speed Internet customers than Verizon, AT&T, and CenturyLink combined) and resolve net neutrality outside of the courts and Congress?  Exercising executive branch privilege is nothing new to the Obama administration, and, after the 2014 elections, it will be the primary (if not only) way they can quickly enact their agenda.

This is one reason why Comcast must be at the table.  Enter David Cohen, head of regulatory affairs for Comcast and an expert negotiator (picture left).  He’s a strong supporter of the Obama administration and also the cable industry.  If cable had a Secretary of State, it would be David Cohen. 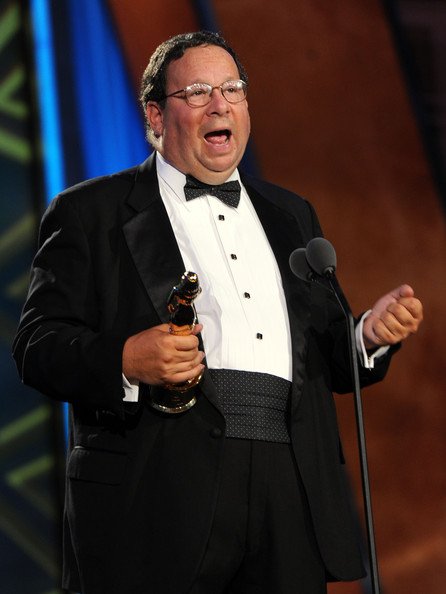 This is one reason (and, in my opinion, the primary reason) why Comcast wants a seat at the table.  Dealing with regulators requires technique.  Regulations set precedents.  And no one is going to dictate the cable industry’s direction without Comcast’s input.The value generated from turning today’s broadband connection into an engineered information delivery system is enormous.  In traditional telecom speak, this is “access” redefined.  It would entail turning Netflix, YouTube, and others into payers as opposed to users of today’s broadband network.  It would likely drive up network speeds to Google Fiber levels in areas Google Fiber could not economically reach.  The value created in a discrimination-based world would be enormous – tens of billions of dollars per year.

Can regulators get it right?  Can a Cohen/ Wheeler/ Rutledge/ (Rob) Marcus deal emerge that makes everyone happy?  The short answer is yes.  It will not happen overnight because the appetite for an overarching agreement is strong.  As a result, today’s cable rumors may take months if not years to fulfill.  However, the cable industry will get congestion relief and re-cluster itself, and as a result position their broadband services favorably against their wireless and telco competitors.

The family will make it through one more Thanksgiving dinner.

Next week, we’ll cover six events that will shape the fourth quarter and 2014.  Until then, if you have friends who would like to be added to The Sunday Brief, please have them drop a quick note to sundaybrief@gmail.com and we’ll subscribe them as soon as we can.  Have a terrific week!