Greetings from rainy and cold Dallas (one of those rare no travel weeks).  There’s a lot to cover this week as this is our last part of the earnings preview.  Before we go there, let’s summarize the events of this week:

1. In case you missed it, the government partially shut down.  Fierce Wireless describes the effect on the FCC here (98% of the FCC was deemed non-essential).  While this will not impact today’s device launches, the fact that there is now a growing backlog of equipment authorizations cannot be good.  There is speculation but no confirmation that it could produce a day-for-day slip in the H Block auctions scheduled for January.  And who is monitoring broadcasts for the “seven second” rule?  Not a single soul, according to the LA Times – cuss away, Jon Stewart. 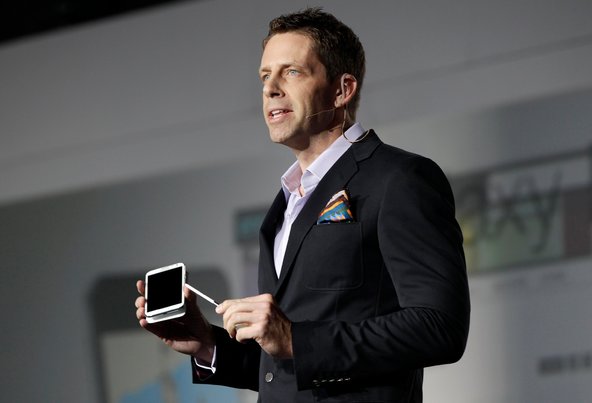 2. Nothing appears to be able to stop the incredible pace of Samsung Electronics’ earnings, which the company estimated increased 25% to 10.1 trillion won ($9.4 billion) on sales of 59 trillion won ($55 billion).  It’s important to note that this earnings growth does not include chipset revenue from Apple for the iPhone 5s.  (Interestingly, the article also talked about Samsung’s growing cash hoard of about $50 billion.  Definitely something to keep an eye on).

4. Speaking of Apple, many of you probably missed the article that Best Buy is slashing prices on the iPhone 5c to $50 this weekend (using a $50 gift card as an incentive).  Not to be outdone, Walmart cut the iPhone 5c price to $45.  Based on the findings from last week’s Sprint chart, this news is not a surprise.

5. Speaking of departures, the Wall Street Journal reported the news of Paget Alves’ and Bill Malloy’s departures from Sprint (Alves is head of retail and business sales; Malloy is the chief marketing officer).  This news has been out a month or so, and is the least disruptive change at the senior level.  Paget is the longest-tenured operating executive to survive the transition from the Forsee to Hesse eras.  Bill’s announcement comes after two years with Sprint.  Matt Carter takes over Paget’s Sprint Business responsibilities (think M2M for businesses and wholesale), while Bob Johnson takes over retail responsibilities.  These announcements are less likely to be an indicator of net add performance due to corporate liable disconnects (iDEN transition), and more likely to be attributable to normal changes that any large company experiences with new management. 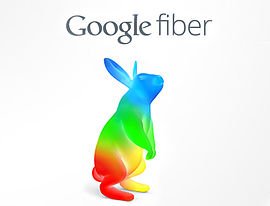 3. Finally, there’s a showdown going on in Austin, and thankfully it has nothing to do with the 2014 governor’s race.  Google Fiber is coming to Austin very soon, and incumbents AT&T and Time Warner Cable aren’t taking their entry sitting down.  This week, AT&T announced U-Verse with GigaPower ™, a 1 Gbps fiber based network to be deployed throughout Austin.    Austin homes recently received a 45Mbps upgrade through AT&T’s Project VIP initiative, but “Google New” is threatening to trump Ma Bell.  Meanwhile, Time Warner Cable significantly expanded their Austin Wi-Fi network to 900 hot spots with plans to eventually grow this to 1350.  The Cable Alliance announced on Monday that they had topped 200,000 nationwide hotspots in September.

There’s a lot more going on, and, with the readership of The Sunday Brief continuing to diversify, we get a lot of comments about including or not including the “Five You May Have Missed.”  Some of you want deeper articles (like the Blackberry “tell all” article that recently appeared in the Globe and Mail or the 16,000 word iOS7 review that Ars Technica recently posted).  We will begin posting FYMHM on the www.sundaybrief.com website and likely not including it in every week’s Sunday Brief.  However, we welcome your comments and additional article suggestions on the site.

We have covered the following trends thus far heading into third quarter earnings:

These trends have a remarkably wireless focus.  There is a very large trend brewing in the wireline world, however – the battle between a resurgent Project VIP-enabled AT&T and their cable competitors.

This competition had been going on for the past five years, and, without a doubt, cable has been winning.  FiOS deployments have stopped (still no FiOS in Baltimore or parts of Boston).  Even with FiOS and U-Verse deployed in much of Comcast’s territory, Comcast has grown 5.9 revenue-generating broadband connections over the past eight quarters for every one added by AT&T and Verizon – combined.  Including Time Warner’s High Speed Internet growth, the figure is nearly 10 to 1 (9.4).

Let’s pause on the statistics described above.  AT&T’s High Speed Internet (U-Verse + DSL) subscriber count has been flat for the past 8 quarters (16.476 million in 3Q 2011 and 16.453 in 2Q 2012).  Verizon’s FiOS count has grown 1.1 million over the same period, but DSL subscribers declined 790,000.  Meanwhile, Comcast grew 2.178 million net new customers (this figure excludes small business; AT&T and Verizon’s include this segment), and Time Warner Cable added 1.282 million.  And we have not included the gains at Cox, Brighthouse, Charter, Suddenlink, Mediacom and others.

Enter AT&T’s $20 billion annual capital budget, which is split between wireline and wireless (AT&T spent $2.5 in capital for every $1 spent by Comcast and Time Warner combined over the past eight quarters).  Fiber to the tower/ building, central office improvements, data caching and other content delivery network optimizations improve both wireless and wireline economics.  The rollout of the 45Mbps tier across much of the AT&T footprint creates greater comparability.  AT&T’s marketing machine is just starting to get fired up.

On top of this, you have the trend outlined in the chart below (note:  this reflects Comcast subscribers only; the lines are actually converging faster for Time Warner Cable): 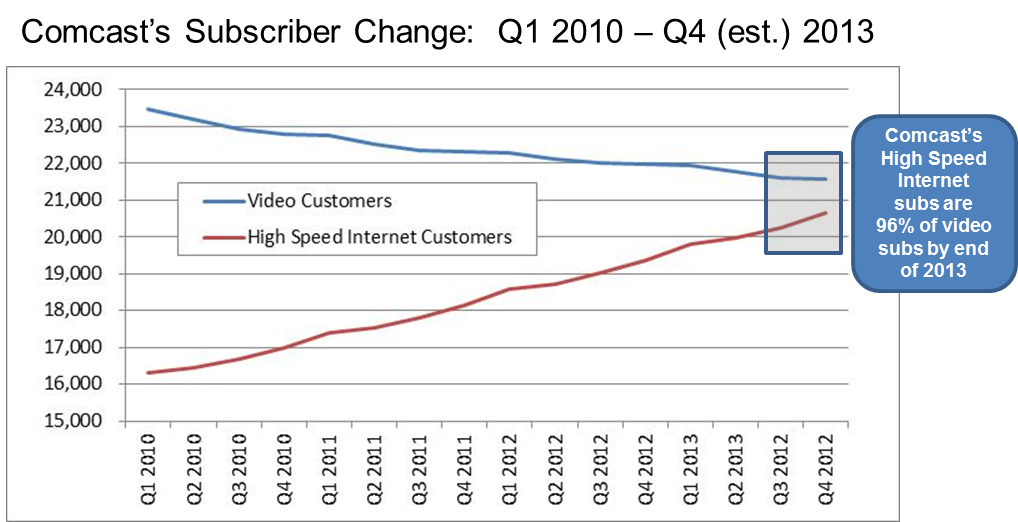 Comcast has done a terrific job of growing their High Speed Internet (and Digital Voice) base.  However, they are running out of eligible customers.  The gap between video and High Speed Internet subscribers was 7.14 million at the beginning of 2010.  Using conservative growth estimates, the gap will be reduced to less than 1 million by the end of this year.

The converging of these two lines reflects the changing face of cable.  To cable subscribers born after 1983 (sub-30 year old demographic), there is an expectation of faster speeds and open networks.  WatchESPN means something to this demographic.  Netflix and Hulu are channels just like ABC and CBS (and likely more important than either of these broadcast networks). 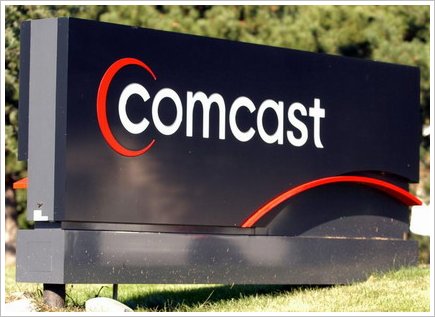 Comcast is where these customers get their Internet.  Sure, they also get “cable” (video), but Internet is what matters (don’t ask this demographic about home phone services).  Increased speeds drive retention, but in the end, little loyalty has been built around the network brand.  If another provider emerged with faster speeds at a lower price, Comcast and Time Warner Cable would have to react with price.  Video loyalty is diminished, and, with no network branding established, High Speed Internet has become a duopoly-driven competitive product.

Google Fiber could certainly change the equation.  However, faster networks in Kansas City, Provo, and Austin do not make a case for faster networks in Los Angeles and Chicago (and the time to get municipal approvals would be horrendous).

Cable is at a crossroads.  Do they use deeply deployed DOCSIS 3.0 plant and fast Internet speeds (with high margins) to drive increased customer penetration (resulting in the red line crossing the blue line in 2014 or 2015)?  Do they deploy DOCSIS 3.1 plant to put the “fastest network” argument to rest for the foreseeable future?   Or do they “optimize” residential subscriber revenues and milk the massive cash cow they have produced, leaving more investment opportunities for business customers (especially in-building fiber investments for wireless coverage)?

Right now, it’s great to be in cable.  The decisions they make over the next years, however, determine whether they become utilities or technology megabrands.  It’s time to choose wisely.

Next week, we’ll  go back to wireless and focus on devices lineups headed into the Holiday selling season.  Until then, if you have friends who would like to be added, please have them drop a quick note to sundaybrief@gmail.com and we’ll subscribe them as soon as we can.  Have a terrific week!