Earnings Drivers for the Second Quarter 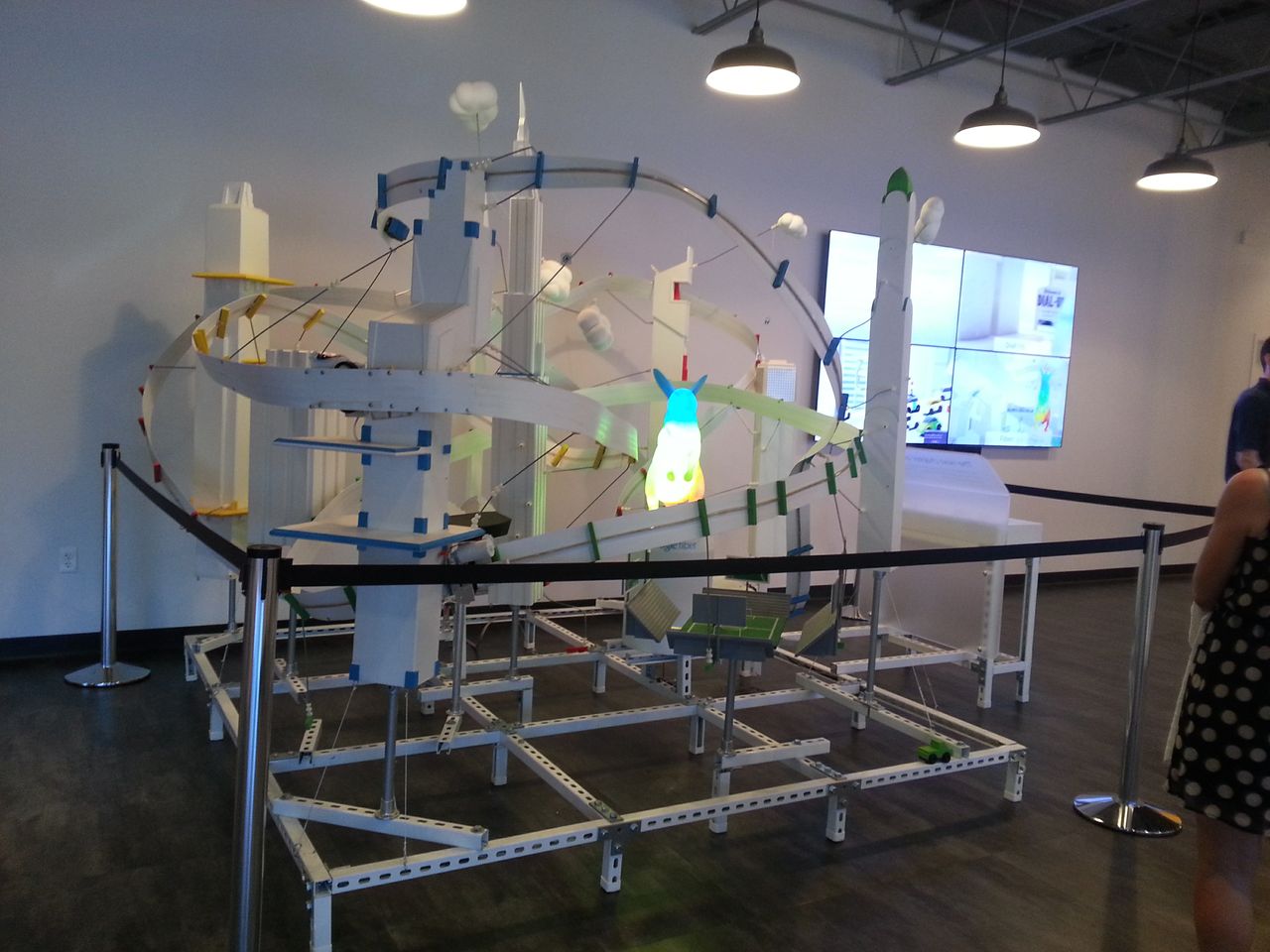 Greetings from Kansas City and Dallas.  When I was in Kansas City this week, I had the opportunity to tour the Kansas City Startup Village and the Google Fiber storefront.  Both were brimming with activity.  I penned some thoughts to www.sundaybrief.com that are aimed primarily to the Kansas City-based business community (basically saying “Don’t blow your first mover advantage to Omaha or St. Louis”).   The City of Fountains needs a Ron Conway or a Fred Wilson in the worst way to organize the “Angel-hood.”

If you are in Kansas City next Friday (June 28), take a look at the entrepreneurial community first-hand with the second “Startup Crawl.”  More details here.  I wish I could be there. 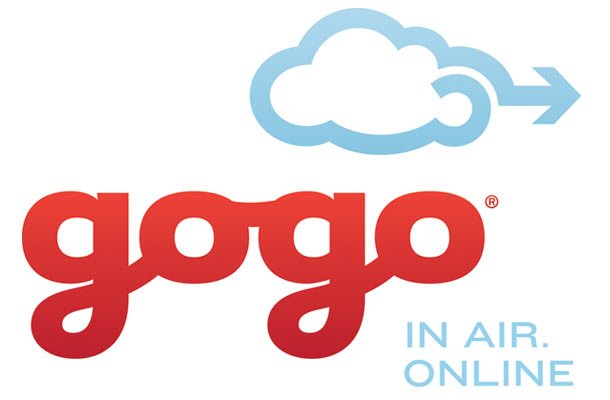 Before diving into earnings preview, let’s celebrate a couple of Sunday Brief reader accomplishments.  First, GoGo rang the bell on Friday and successfully completed a nearly $200 million IPO that values the company at $1.4 billion (NASDAQ = GOGO).  Kudos to Ron LeMay (non-executive Chairman) and the rest of the GoGo team for achieving an important milestone.  GoGo’s CEO Michael Small did a terrific overview of the company for Bloomberg here.   For those who want to learn more about GoGo Wireless you can find their latest S-1 filing here.  To read about the Federal Aviation Administration’s relaxation of rules requiring powering down of electronic devices upon landing, read this post from the Wall Street Journal here.

In addition, one of the Patterson Advisory Group clients, RapidScale, completed their first external round of funding this past week.  Led by eight super-angel investors (including myself), the Irvine-based leader in cloud-based Desktop as a Service (which would allow you to work from your PC through your iPad at 30,000 feet through GoGo) raised $750,000 in convertible notes with the opportunity to tap additional funding if certain milestones are met.  RapidScale also has deep knowledge of indirect selling channels and has helped many master agents and managed services providers make the jump to the cloud with minimal hiccups.  Congratulations to Randy Jeter (CEO) and William Hiatt (CTO) for their tireless efforts.

We are getting very close to the end of the quarter in the telecommunications industry.  This quarter has been marked by many significant events, including:

This is by no means an exhaustive list, but indicative of the many moving pieces that will be seen as each of these carriers announce their earnings in late July.  A few highlights and themes to follow would be:

Take the relatively simple Hot Spot change that T-Mobile made with their smartphone plans.  Yes, even with their 500MB plan, Hot Spot usage is included in the 500MB allocation (AT&T requires you to purchase a 5GB plan before including HotSpot on the smartphone, and Sprint’s unlimited data plans by nature include HotSpot usage for an additional fee).

Super smart phones that improve the customer experience (including the iPhone5) that substitute high up-front pricing with affordable monthly payments.  Fixing the annoying things like tethering and “add a line” pricing that drove up costs (and consequently drove down adoption, especially for the occasional user).  Internally, it is rumored that T-Mobile has taken out free soft drinks in the corporate offices and also significantly curtailed many free phone plans extended to long-time employees.

On top of all of this, T-Mobile USA now has their own currency.  It’s done fairly well since its May 1 debut:

Investments in Sprint or AT&T on May 1 would have netted little change in value over the past two months (Sprint is up 16% over the past three months thanks to the Dish Networks bid).  T-Mobile USA, on the other hand has risen nearly 40% in less than eight weeks – approximately $900 million in market value created.

Note:  The changes described above have a disproportionate effect on residential and family plan gross additions.  John’s background is in small business.  There is another shoe to drop, one that leverages his Global Crossing experience.

What is driving this growth?  It’s a combination of several things.  First, according to recent LTE tests, AT&T’s fast network is consistently faster than their peers.  In a recent study by PC Magazine of 4G speeds, AT&T clearly demonstrated consistently fast throughput, although Verizon Wireless “typically triumphed” with their reliability gauges.  Verizon also continues to dominate with suburban and rural networks.

On top of very fast networks, AT&T is also benefitting from the shutdown of Sprint’s iDEN network.  My guess is that’s at least 60% (300,000) of the net postpaid additions this quarter (see math in the Sprint section below).  Add to this AT&T’s recent Push to Talk iPhone app (which takes advantage of the super-fast network described earlier) and you can see why the second quarter is going to be very good for the Blue Network.

One final item to remember with AT&T (and Verizon):  As the economy improves, and as business spending picks up (resulting in more tablet connections for enterprise customers), AT&T continues to have a short-term advantage with HSPA/ LTE chipset costs.  This is very important.

AT&T’s second quarter will likely result in the best postpaid second half performance since 2010 (that also happens to be the last year AT&T had iPhone exclusivity).  As we have discussed many times in this column, the story only gets better for AT&T as project Velocity IP takes full effect.

Oh yeah, Sprint (and likely Clearwire) will be under new ownership after a battle for control of the company with Dish.  Many uncertainties have been removed from Sprint’s future.

To retain bullishness on Sprint, investors will need to continue to have “High Hopes” because it’s a bit too early to sing “Happy Days are Here Again.”  First of all, as Sprint confirmed in their Q1 2013 earnings call, it’s going to be a very bleak post-paid picture, at least temporarily, as AT&T and Verizon scoop up the last of the iDEN subscribers.  Per Sprint’s disclosure, there were approximately 1 million postpaid iDEN subscribers at the end of the first quarter, and Sprint estimated that only 30-40% of these subscribers would be retained.  That leaves 650,000 for AT&T and Verizon.  Assuming Verizon receives a slightly higher share (350,000), and that T-Mobile receives none (due to the enterprise nature of the accounts), that leaves 300,000 for AT&T.  It’s the last of a six-year post-paid gift-giving spree from Sprint to their two largest competitors.  RIP iDEN.

But that’s not all.  Sprint will finally shed 1.4 million (retail) Assurance Wireless (a.k.a. Obama Phone) accounts thanks to a vigorous one-time recertification process.  This will pull Sprint’s prepaid base down to levels not seen since the beginning of 2012 – six quarters of prepaid subscriber gains will be wiped out.

Admittedly, there is no revenue associated with these accounts, but, when they were active, they were enormously profitable (80+% margins).  Replacing this margin will require a lot of changes to the structure of the prepaid business.

One of the most aggressive actions in the second quarter was Virgin Mobile’s new iPhone pricing (r = reconditioned; iPhone 4 model is 8 GB; iPhone 4S and 5 models are 16 GB):

This will certainly help Virgin Mobile’s prepaid net additions, but at what cost?  By selling a new iPhone 4 at $140-150 less than their competitors (and $50 less than a reconditioned model from AIO), Virgin Mobile has certainly left money on the table.  There is a point where disruption crosses the line into foolishness, and a $140-170 difference for Virgin Mobile versus the competition may have actually crossed that mark.

We have only briefly discussed the largest wireless carrier (Verizon) as well as the handset providers.  That will be left to next week’s Sunday Brief.  Until then, if you have friends who would like to be added to this email blog, please have them drop a quick note to sundaybrief@gmail.com and we’ll add them to the following week’s issue.  Have a terrific week!