Greetings from the Windy City, where yours truly (and the Editor) spent some time sightseeing, working, and enjoying the architecture (the Trump Tower is “huge” – see pic at the end of the TSB).  This week, we have space to cover two key events – the September 10 Apple product announcement and the Elliott Management memo to AT&T. 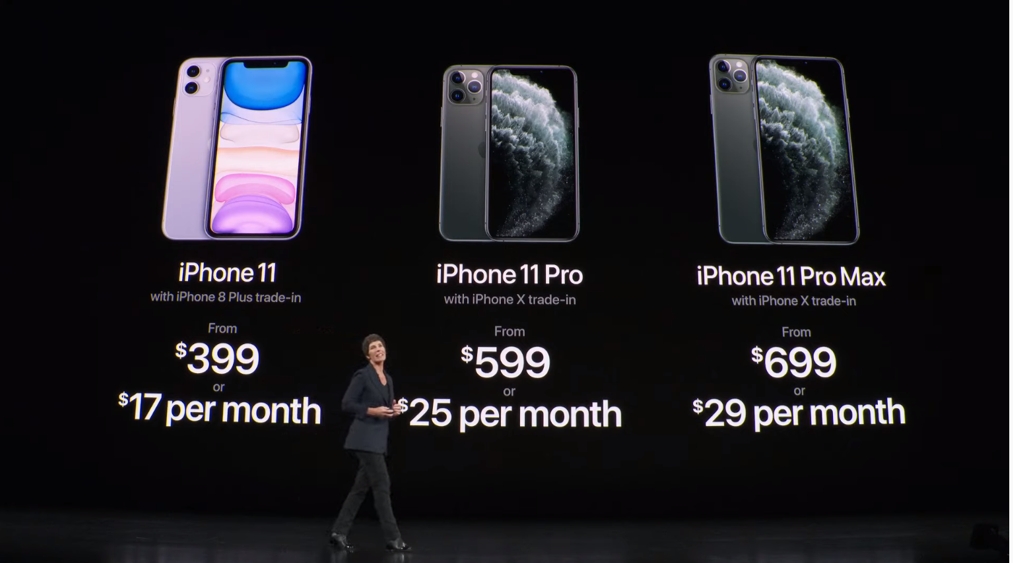 The Apple Announcement:  Waiting for the Other (Apple Card) Shoe to Drop

On Tuesday, Apple announced a slew of new products including the iPhone 11, iPhone Pro and iPhone Pro Plus.  Many analysts have written entire briefs on the products (two examples are Ars Technica here and CNET here), but there are three specific items that are worth emphasizing:

The instant nature of the trade-in contrasts with Verizon, who applies their “up to $500” value across 24-months (subtle, but Apple is taking the churn risk on the monthly payments up front) with a $200 prepaid card for those who switch from another carrier.

Interestingly, there was no separate presentation focused on the Apple Card (although it was mentioned many times, including in Dierdre O’Brien’s presentation).  Our assumption is that Apple Card orders are plentiful and given Apple’s recent advertising push needed no additional on-stage fuel.

Our prediction still stands:  Soon, Apple Cards will be used to finance devices on 24-month installments and customers will be able to instantly apply their credit card usage perks to their monthly payment (perhaps with an additional kicker if it’s used for that purpose first).  This will create increased attractiveness for Apple Store (and online) purchases of the device and will boost retention at the expense of low/zero margin wireless carrier revenues.  While the short-term financial ramifications are positive for the carriers (and likely neutral for Apple), the long-term impact of removed “hook” to the customer will either drive wireless carrier churn higher or drive plans back to contracts.

As most of you know by now, Elliott Management went public with their concerns about AT&T through the www.activatingatt.com website and a 28-page memo that challenges nearly every major management decision made in the past decade.

While the tone is cordial, its uncharacteristic Southern “Bless Your Little Heart” gentility

is thinly veneered.  As my senior English teacher, Joan Foley, prominently said: “Be what you are.” – Mr. Stephenson and the AT&T Board can take it.

The memo’s points are extremely well laid out, balanced, and challenging.  One would think that the Elliott Management team were long-time TSB readers with the stinging indictment of AT&T’s merger moves, content + connectivity strategy, and insular succession planning.  The result of this over the past 3 years was shown in the Mark Meeker presentation slide below (from the June 30 TSB – full post here): 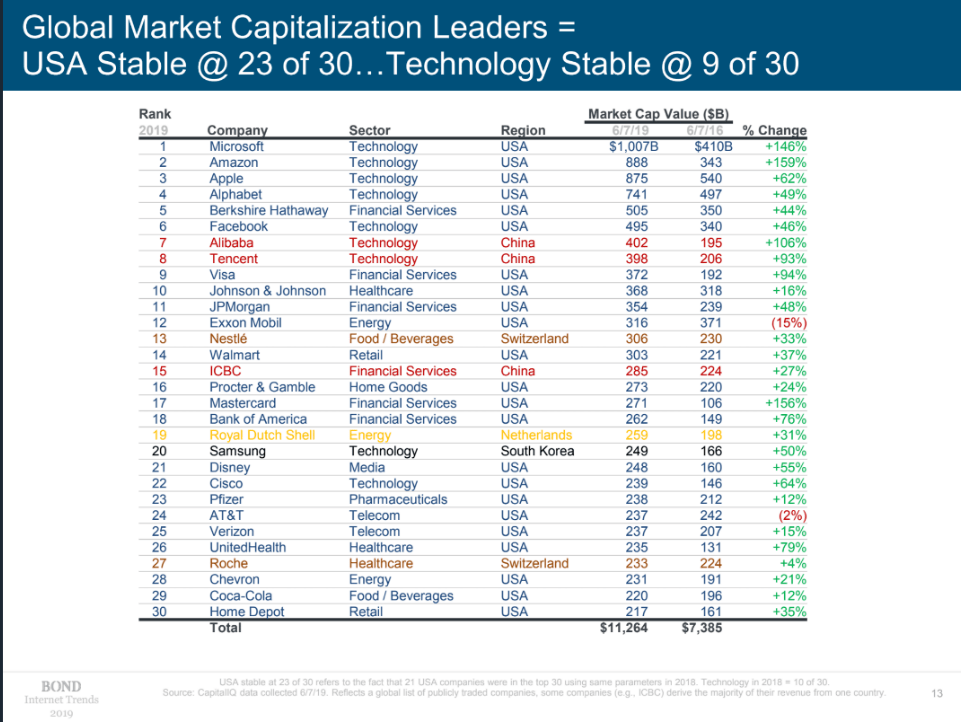 While the immediate comparison to Verizon (#25) is damning (17% greater value created over the past three years than AT&T), the greater concern is that their suppliers (Samsung, Apple, Cisco) are exercising superior value gains (Samsung +50%, Apple +62%, Cisco +64%).

We don’t know every detail of the Elliott Management plan but believe that it’s definitely a good start.  AT&T has been playing a lot of “play not to lose” defense over the past decade; the “Bring the Bell Band back together” strategy of the 1990s and 2000s did not port to non-Bell acquisitions.  We would like to propose some slight amendments to Elliott Management’s strategy and propose structuring AT&T’s transformation around four elements:

On the wireless front, leverage the FirstNet capacity discussed by John Stephens in August and allow customers who have 1080p devices to receive 1080p streaming for free.  This would force T-Mobile and Verizon to show their 480p hands and likely drive more upgrades to 1080p-capable devices.  Apply this to both Cricket and wholesale customers as well.

The olive-colored area is AT&T.  The remaining areas are not AT&T.  Follow cable’s moves of 25+ years ago and re-cluster the local exchange footprint.  Unless it’s an area where you can win with a fiber footprint or CBRS last mile, trade or sell, using DirecTV service price as a sweetener.  This will allow you to focus on winning (offense – fiber), not preserving (defense – DSL).

Unlike Elliott, I think AT&T has several strong layers of strategic, smart leaders.  From within, they need a standard bearer who can rally each employee around a vision of “defeat and deliver – or get out.” If AT&T uses the Elliott memo to play more offense, their shareholders will cheer.

Next week, we will highlight some wireline trends and talk about overall profitability across the telecommunications sector.  Until then, if you have friends who would like to be on the email distribution, please have them send an email to sundaybrief@gmail.com and we will include them on the list. 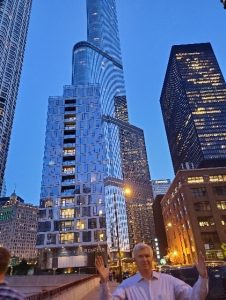