Did Samsung Take Over the Mobile World Congress?

“In like a lion” March greetings from Dallas and Austin, TX.  Starting this week, Austin changes from small and hip start-up and live music town to the largest festival site of the spring with the onset of South By Southwest, a multi-week celebration of film, music, comedy, innovation, and pretty much everything else.  One of the start-ups I am working with is launching this week at SXSW and I’ll be there for the fun.  Hope to see you there if you are attending.

Did Samsung Take Over the Mobile World Congress?

Many of you who were at the Mobile World Congress sent emails describing your experience at this year’s MWC.  This Barcelona-based global telecom conference has been a mainstay of the industry, but has always struggled to find headlines due to the spring Cellular Telecommunications Industry Association (CTIA) show, which usually happened in March.  Splitting headlines with a competing show made both events weaker. 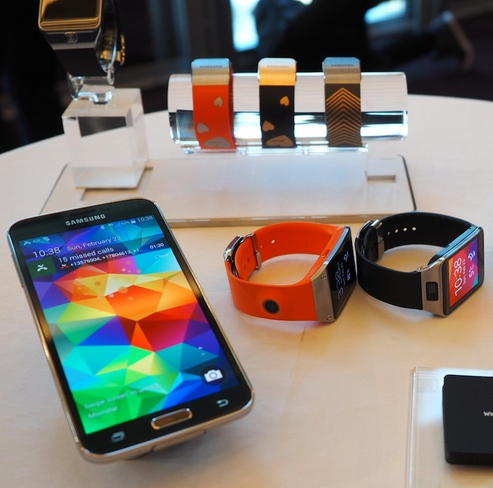 Fortunately, last year the CTIA decided to consolidate into one fall show.  This firmly positioned MWC as the “spring event” for mobile.  As a result, MWC was not only better attended (up 18% from last year), but, as many of you indicated, customer meetings were meaningful.  The network effect of having 4,500 CxOs from over 10,000 companies, as well as having keynote speakers like Mark Zuckerberg and Virginia Rometty, made the 2014 show a winner.  It’s (thankfully) not CES, but rather a global glimpse into the entire mobile telecommunications ecosystem.

With such a focused venue, it’s not a surprise that Samsung used the event to launch several new products last week.  As last week’s Sunday Brief was going to press, Samsung released details on the successor to the current smartwatch (the new watches are simply called the Gear 2 and the Gear 2 Neo – see pictures nearby sent in by a Sunday Brief reader).  There are many great write-ups on these watches, including here from The Verge.

The most interesting thing about the watch is not the hardware features, but rather the Tizen operating system.  It’s far too complex to write about Tizen and its heritage in this column, but a good summary can be found here.  Slowly but surely, Samsung is wedging its way onto the operating system stage.

At worst, Tizen becomes the leading platform for small devices that connect to smartphones – an operating system that is properly sized for connecting devices.  More likely, however, the Tizen platform becomes the first widely adopted non-US operating system.  Crediting Edward Snowden with the rise of Tizen is a real stretch, I know, but the presence of a non-US based alternative is enticing to an increasingly leery global smartphone community.  More details on Tizen’s presence at the MWC can be found here.

Samsung’s launch of the Android-based Galaxy S5 dominated Monday’s headlines.  Watching the event live-streamed through YouTube, it had all of the Samsung trappings of a global launch.  Several of you who were there thought it was a vast improvement from the over-dramatized launch of the Galaxy S4.  Rather than repeat other analyses, I’ll defer to the deep dives on the Samsung Galaxy S5 from Ars Technica and CNET.

Of interest to telecom operators is the Galaxy S5’s ability to use Wi-Fi and LTE at the same time to download information (heretofore, the data transmission was a mutually exclusive choice).  While the underlying capability (merging access from two data sources into one) has been around for years, featuring it on smartphones on a global scale is very new (and complex).  Samsung calls the feature “Download Booster.”  How they will feature this capability in a commercial will be very interesting (not wanting to offend LTE or Wi-Fi advocates). 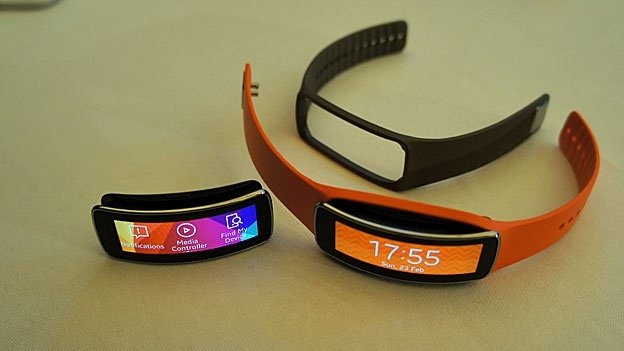 But the Galaxy S5 was not the only device introduced at the event.  The Galaxy Gear Fit was also unveiled on Monday and may have stolen stole the limelight from the S5.  Rather than releasing a smartphone with a curved AMOLED screen (a la the LG Flex), Samsung chose to use their developments in curved screens to focus on producing a fitness-oriented, phone-less device.  It kind of makes my Fit Bit Flex look like an HTC Mogul.   There are tons of reviews on the Gear Fit on the Internet.  My favorite is this one from Phandroid, not because of the depth of the analysis, but about midway through the review, he realizes that he might have set off the alarm.  Watching reviews like this is what makes writing the Sunday Brief enjoyable.

To answer the question, Samsung made headlines but did not steal the MWC show.  Mark Zuckerberg’s and Ginni Rommety’s keynotes were exceptional, and Ford unveiled the new 2015 Ford Focus at the show (as opposed to the Geneva Auto Show next week).  There was a lot of discussion about smartphone security, including the launch of the Blackphone (more on this in a future Sunday Brief).  And Fujitsu’s Smart Glove prototype provided a peek at how specialty devices can improve craftsmanship and quality.  I only wish I had been there to witness these launches personally.

On Tuesday last week, T-Mobile provided more details on their terrific fourth quarter and full year 2013 results.  As we have documented, T-Mobile grew 2 million branded postpaid customers last year while Sprint was losing a similar amount (excluding Clearwire and US Cellular acquisitions).  Despite 2013’s change, there’s still a very big spread between T-Mobile and Sprint for postpaid customers (7.3 million more for Sprint).  Their prepaid bases, however, are very similar (16.2 million for Sprint and 15.1 million for T-Mobile).  And, as we have mentioned several times over the past year, in 2013, T-Mobile on a pro forma basis was more profitable than Sprint prior to adjustments (and within 2% after adjustments).

The most important schedule for T-Mobile is their pro forma statement.  This gets rid of a lot of year-over-year noise (the Metro PCS acquisition closed in 2Q 2013).  Here’s a view of service revenues for the past eight quarters on a pro forma view:

It’s the “total revenues” line that draws the most interest, specifically the difference between this figure and “service revenues.”  This figure grew from $966 million in the fourth quarter of 2012 to $1.658 billion in the same period in 2013.  For those of you who are not following the accounting treatment of the conversion to Simple Choice plans (from traditional 2-yr post-paid plans), here’s a brief statement from T-Mobile’s 3Q 10-Q that will help explain:

Customers on our Simple Choice or similar plans benefit from reduced monthly service charges and can choose whether to use their own compatible handset on our network or purchase a handset from us or one of our dealers. Depending on their credit profile, qualifying customers who purchase their handset from us have the option of financing a portion of the purchase price at the point-of-sale over an installment period. Our Value and Simple Choice plans result in increased equipment revenue for each handset sold compared to traditional bundled price plans that typically offer a handset discount but involve higher monthly service charges. Our Value and Simple Choice plans also result in increased net income during the period of sale while monthly service revenues are lower over the service period.

In addition to the revenue pressure from plan changeover (which T-Mobile CFO Braxton Carter indicated would largely be completed by the end of 2014), T-Mobile indicated there would be cash flow pressure from the Carrier 4.0 (ETF buyout) initiative in the first quarter.  The ETF buyout will be applied to approximately 20-25% of T-Mobile’s gross additions with an approximate $200/ line buyout price tag.

However, as Braxton Carter put it “the huge skewing and the increase of Prime customers being attracted to the value proposition is also translating into higher ARPUs for those customers that are coming in.” So more Carrier 4.0 = higher ARPUs.

The effects of Carrier 4.0 should lead to a slower rate of decline for branded postpaid ARPU in Q1 and also lower churn for these customers throughout 2014 (assuming service levels meet customer value expectations).  On the conference call, T-Mobile set expectations of 2 to 3 million branded postpaid net additions for 2014, and something tells me a large portion of this will be seen in the Q1 figure.

Those in the industry who see T-Mobile as a “one trick pony” trading off handset subsidies for lower ARPUs should reevaluate their theses.  Provided that T-Mobile’s (data) network can keep up (and there’s no churn indication yet that it has missed customer expectations), the structural separation of Simple Choice plans, combined with aggressive marketing to switch carriers, may lead to a very different long-term industry model.

Next week, we’ll talk more about events shaping our industry.  Until then, if you have friends who would like to be added to The Sunday Brief, please have them drop a quick note to sundaybrief@gmail.com and we’ll subscribe them as soon as we can (and they can go to www.sundaybrief.com for the full archive).  Have a terrific week!