Greetings from Las Vegas and Dallas.  Having spent three days at the Cellular Telecommunications Industry Association (CTIA) event, which was briefly shadowed by Apple’s iPhone 6 and Watch announcement, I am pleased to report that the wireless industry is alive and kicking (and, in the case of T-Mobile’s recent announcement that they had a blockbuster August with 2.75 million gross and 760,000 branded retail net adds, I think we could say they are high-kicking).

There were many newsworthy items outside of the Apple announcement this week – we’ll look at three, starting with FCC Chairman Tom Wheeler’s keynote speech.

Tuesday morning, Chairman Tom Wheeler had a short but sharply worded speech for the CTIA attendees.  First, on competition, Wheeler stated “We will continue to be skeptical of efforts to achieve scale through the consolidation of major players.” While this statement appeared to be directed to further efforts to merge wireless companies, one can only wonder what implications this will have for the AT&T/ DirecTV merger prospects. 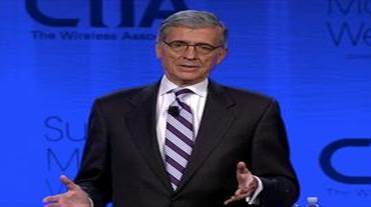 In his comments preceding his thoughts on the Open Internet, Wheeler recounts “I remember when this industry was united around the walled garden where the only apps that reached the consumer were those which the carrier approved, usually in return for a payment.”  I believe he is referring to a pre-iOS/ Android world where smartphones were not mainstream and the most popular app was Blackberry email (and average smartphone consumption was less than 50 Megabytes per month).

Wheeler appears to blame the wireless industry’s walled garden practices for stifling innovation stating “it is instructive that the walled garden existed despite multi-carrier competition.”  This seems to imply that protective policies of AT&T, Verizon and Sprint were holding back smartphone development, which is revisionist history at its finest.

As one who participated in the conversations, carriers were looking to grow data ARPU starting with the launch of 3G (HSPA, EVDO-Rev A networks) as early as 2005.  The applications business model was driven by four operating layer support systems – Palm, Microsoft Windows, Blackberry, and Binary Runtime Equivalent for Wireless (BREW, developed by Qualcomm).  It’s important to note that all of these companies tried to make money through software development kit sales (a common practice), not through hardware or through increased advertising.  The carriers, in turn, wanted to convert application fees into either ARPU-accretive monthly fees (think AT&T Navigation app) or through one-time application sales (think SCRABBLE game app).

The rest of the story is well known.  Apple entered the market with higher wall (iOS, which had no compatibility with any other operating systems) to support further equipment sales, and Google quickly followed with a compatible model to support increased search.  Apple refused to allow certain Google apps from accessing the app store, and to this day refuses to allow applications to access incoming caller ID information.  Google developed a handful of proprietary apps (search, maps, etc.) that are mandatory on every Adroid phone.  To this day, an Apple user cannot freely move purchased or free apps or content from iOS to any other application.  Using early pay walls from carriers as an example of uncompetitive practices in the shadow of those created by Google and Apple is disingenuous and nonsensical.  The wall is now between the consumer and their smartphone operating system provider, not their carrier.

Wheeler then goes on to raise concerns about wireless carriers’ marketing practices:

We are very concerned about the possibility that some customers are being singled out for disparate treatment even though they have paid for the capacity that is being throttled.  And we are equally concerned that customers may have been led to purchase devices relying on the promise of unlimited usage only to discover, after the device purchase, that they are subject to throttling.  I am hard pressed to understand how either practice, much less the two together, could be a reasonable way to manage a network.

The problem with this statement is that this “bait and switch” practice, if it exists, is extremely rare in a world where network upgrades are the norm.  Excessive use clauses found in fine print throughout end user agreements clearly state that excessive usage could result in throttling or even suspension of service.  Managing the 1% who use more than 30GB per month is good for the overall monetiztion of the network because it allows the 99% who are sharing that network more equal access to the Internet.  An alternative exists for those with excessive usage – it’s called a metered plan.  Wireless carriers should honor their commitments under unlimited plans, which include those to the 99% that do not routinely incur extremely high usage.

The FCC Chairman’s message was the biggest disappointment of the show.  His populist intents will drive metered plans at a faster pace for those who can least afford them, and will create a two-tiered access network structure (3G vs. LTE) for the carriers.  The full text of Wheeler’s comments can be found here.

T-Mobile’s Wi-Fi Calling:  Back to the Future 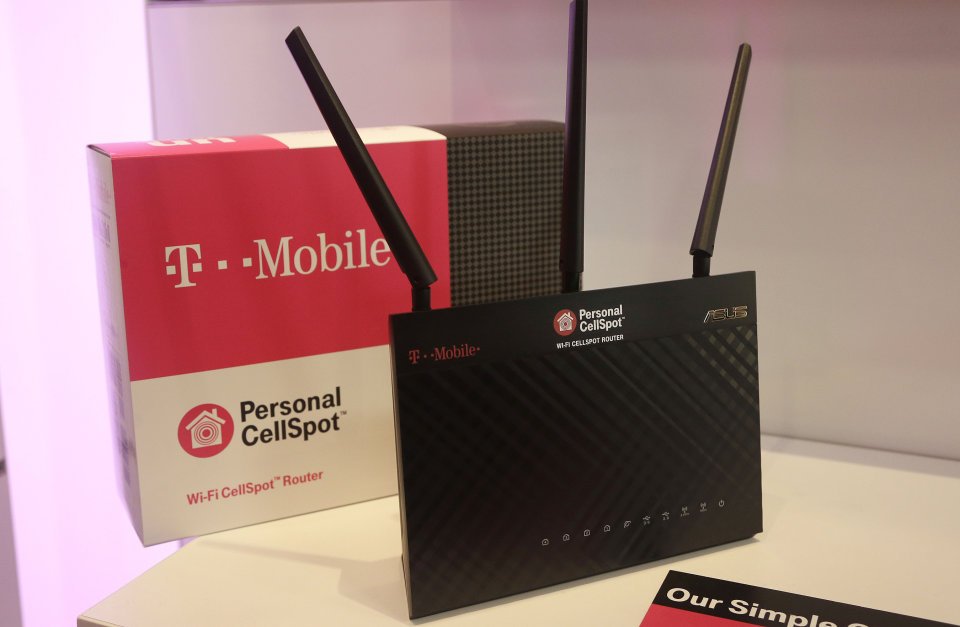 One of the interesting developments at CTIA occurred when T-Mobile announced their in home Wi-Fi initiative (see news announcement here).  For those of you who have followed the wireless industry for the past decade, T-Mobile’s announcement is no surprise.  They have been innovating with Wi-Fi voice since the Blackberry/ Cablevision trials in 2007 (see T-Mobile’s 2007 Voice over Wi-Fi press release here).  In addition, T-Mobile introduced the Personal CellSpot (pictured) which delivers superior voice quality within the home (it does so by prioritizing Voice over Wi-Fi traffic over Netflix/ Hulu/ HBO to Go and other users, something sure to agitate Internet neutrality advocates).

Unlike the days of 2007, when a small fraction of the T-Mobile base had unlimited calling/ texting plans, it’s impossible to buy a Simple Choice Plan without unlimited minutes.  With no incentive to drive adoption, will customers go through the process of enabling Wi-Fi calling?  Will all calls made without an installed Personal CellSpot default to using the Wi-Fi feature, or will the service be toggled through the Settings menu (as is the case with Sprint’s current Wi-Fi calling)?  If a Personal CellSpot is not purchased, will call quality be as good/ strong (this depends on the quality of the router, but with 20 current and hundreds of previous versions of popular routers, troubleshooting will be a nightmare).

Wi-Fi calling is a convenience for the voice centric callers who have unlimited plans.  But it does lead to a important question – Is the next value disruption going to come from the reintroduction of voice “bucket plans” – at least as an option for low minute family plan lines?  I could definitely see the “lines 4 and 5 are subject to 100 minutes of on-network minutes per month” footnote in a future family plan.  For those of us with teenagers, overage risk is minimal.  And with the iOS messaging changes announced in last week’s Sunday Brief, the only time most teens will be using minutes is when their parents are calling them!

Bottom line:  T-Mobile’s Wi-Fi calling is great, and, given their pioneering status, should work very well.  But it will not prove to be as valuable as other Uncarrier moves (international roaming, Jump!, and the like), and it’s definitely not as attractive as Verizon’s “free iPhone 6 with trade-in” announcement.

The day before before Apple’s iPhone 6 announcement, I received a notification that the Kindle Fire Phone was going on-sale for $0.99 with a two-year contract from AT&T (this is attractive to some of Amazon’s most loyal customers because each Kindle Fire Phone purchase includes a full year of Amazon’s Prime service). Free phone is a far cry from the promises that surrounded July’s announcement. 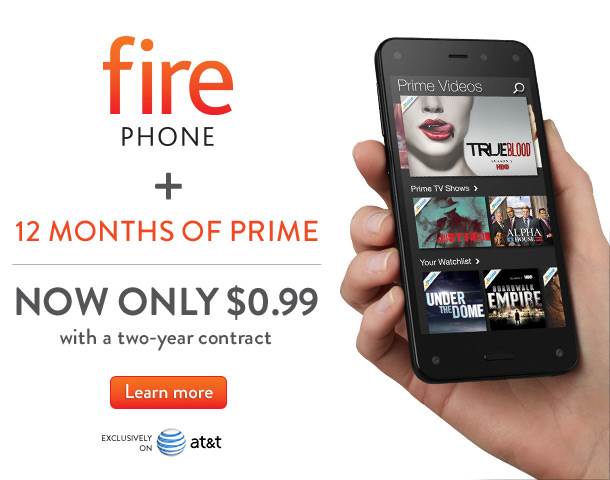 There are a lot of things that Amazon has done well, but the Fire Phone will go down as a failure because of their flawed approach (see this Sunday Brief for our original take on the device).  Amazon believed that they could be successful by out-innovating and out-marketing Apple, Google, Samsung, LG, Blackberry, Nokia and dozens of other equipment suppliers.  On top of this, they believed that exclusivity to the AT&T brand would help, not hurt, sales. Customers responded with at best a collective yawn (or, at worst, see here for the study that suggests that that intent to purchase an Amazon phone ranks behind Windows – yikes!).

More device innovation is not Amazon’s solution.  To drive the Kindle franchise, Amazon should reach back to one of their past successes – sponsored data.  WhisperNet (originally from Sprint, now provided by AT&T) guaranteed book delivery in a minute for no extra charge.  The “no extra charges” guarantee for nearly instant book delivery drove adoption.  Why not do this with the full Amazon Prime suite, including Free Time and Amazon Instant Video?

Amazon can and should lead the industry on sponsored data.  It would be a body blow to Netflix (especially with Amazon’s robust server infrastructure), and allow AT&T (first) and the entire wireless industry to accelerate growth.  Kindle Fire sales, now with x GB of pre-loaded data, would explode (even at price points that are $50-99 higher than today).  Amazon Prime membership would triple, and Amazon’s advertising presence would quadruple.

Bottom line:  Amazon should drop the Kindle Fire Phone, and aggressively include data with future Kindle Fire and Amazon apps for all Amazon Prime customers.  Start with AT&T, but quickly expand to T-Mobile, Verizon and Sprint.

Next week, we’ll preview third quarter earnings based on CTIA and recent investor conference commentary.  Until then, if you have friends who would like to be added to The Sunday Brief, please have them drop a quick note to sundaybrief@gmail.com and we’ll subscribe them as soon as we can (and they can go to www.sundaybrief.com for the full archive).