Ceteris Paribus and the Law of Unintended Consequences 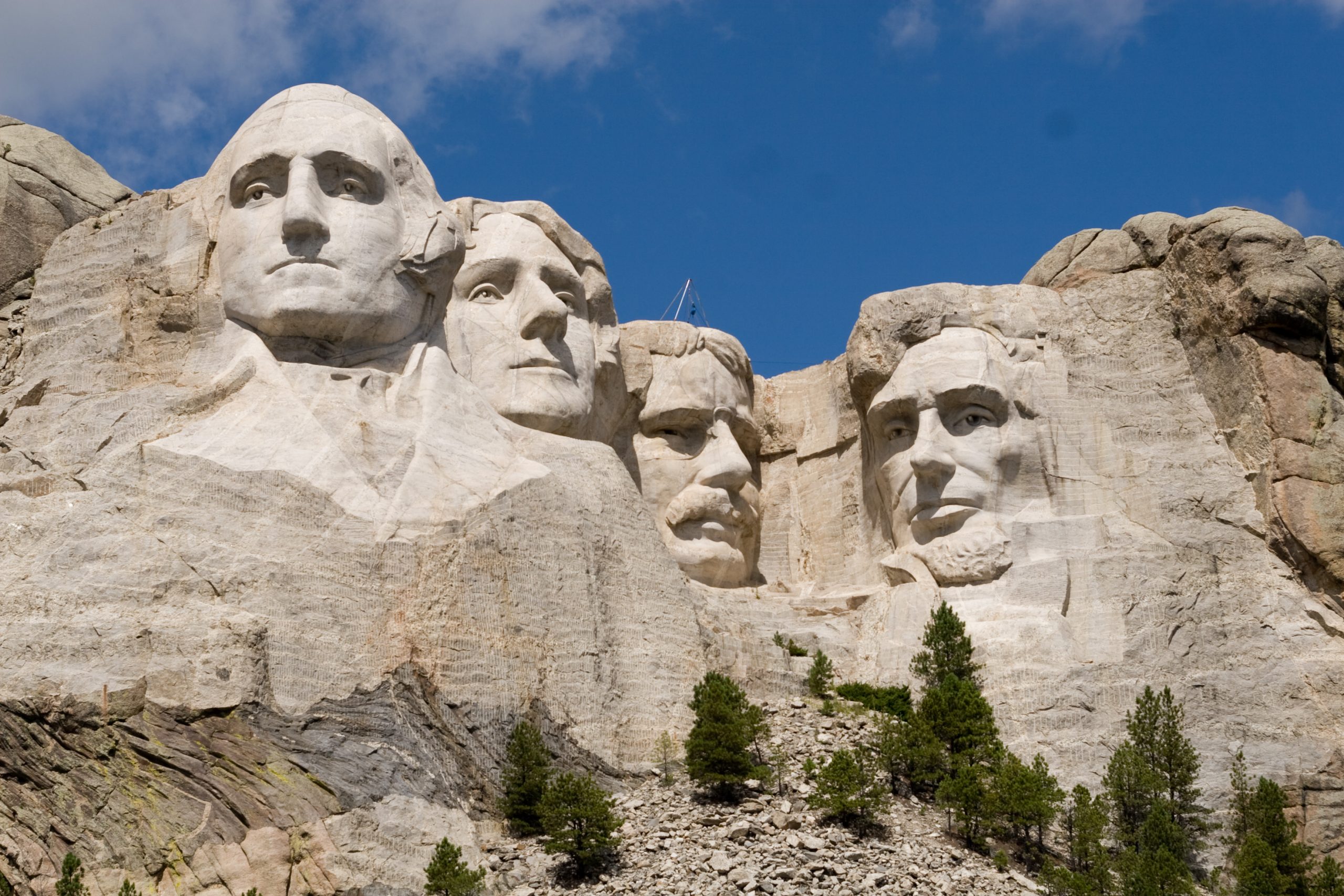 Happy Valentines Day and Presidents Day weekend from Dallas, Texas.  It’s been one of those milestone weeks in telecom that challenges our commitment to keep this column brief.  First, Sprint announced earnings that surprised analysts at first, then met expectations (more on this later in the column).  Second, in the continuing development of wireless pricing for families and groups, Verizon doubled the data allotments for their smaller Share Everything buckets (as predicted in last week’s Brief).  The new plans are appropriately called MORE Everything (see release here).

But it was the Olympic-sized acquisition by Comcast that stole the headlines this week, sending analysts, journalists, and advocates into overdrive.  The New Republic subtitled their article “Comcast Time-Warner merger will create Orwellian monopoly.”  Twitter went bonkers with comments (click here for a sample).  If that wasn’t enough, here’s the quote from The Free Press news release opposing the merger:

“No one woke up this morning wishing their cable company was bigger or had more control over what they could watch or download. But that — along with higher bills — is the reality they’ll face tomorrow unless the Department of Justice and the FCC do their jobs and block this merger. Stopping this kind of deal is exactly why we have antitrust laws.  Americans already hate dealing with the cable guy — and both these giant companies regularly rank among the worst of the worst in consumer surveys. But this deal would be the cable guy on steroids — pumped up, unstoppable and grasping for your wallet.”

Ouch.  A fire-breathing, steriod-doped, energy-drink infused cable technician reaching for my wallet?  It’s time to tone down the rhetoric.

Rather than focus on the obvious advocacy group reactions, let’s project the wish list of another powerful force in Washington:  AT&T.  What would they want to see out of a Comcast/ Time Warner merger?

AT&T competes directly for High Speed Internet (wired) customers with Comcast/ Time Warner in many large markets:  Los Angeles, Chicago, San Francisco, Dallas, Atlanta, Houston, Miami, and much of Ohio to name a few.  AT&T, however, also competes for the low end of the video “cord cutting” segment with their wireless offerings (as we saw from last week’s column, there might soon come a day when their 20GB family plan offering is a cheaper and more mobile double-play than Comcast’s). 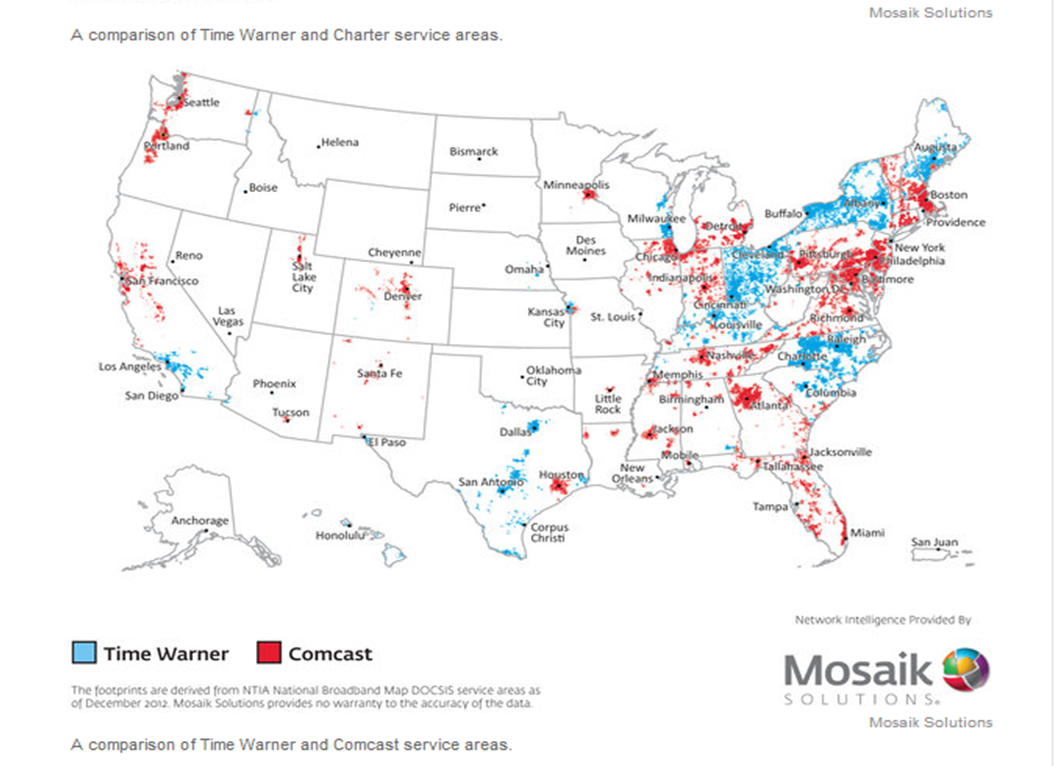 AT&T will want equal access within the home for wireless customers using Comcast’s Wi-Fi service.   Specifically, they will want to ensure that no bit priotization occurs for any packet from the content server through the end user device (e.g., an AT&T smartphone).   They will also want to establish a limit on programming fee increases that NBC Universal can assess over the first decade of the merger (enabling a competitive U-Verse offering in the cities mentioned above).

These are predictable requests, but last thing AT&T will want is big.  AT&T will likely argue that simply based on size, the new Comcast should be regulated as a common carrier (or that AT&T should receive the same “light touch” regulatory treatment as cable companies do today.  It is extremely doubtful that the “light touch” argument would receive serious consideration from the FCC).

If Comcast is declared a common carrier, they would be subject to the provisions of the 1996 Telecommunications Act, which would mean that it could be obligated to provide unbundled network elements (connections to homes and businesses) at competitive/ cost-based rates.  While this sounds good in practice, cable networks are not made for unbundling.  Hundreds of millions of dollars would need to be spent partitioning (on a physical and systems basis) customer connections.

What would the concept of an unbundled cable network look like?  Who would have access to the cable box on the side of an apartment building?  How long would a new business connection have to be in place before the cable company would be obliged to make the loop available on an unbundled basis?  What would the cost basis be for determining a wholesale price (specifically, which components determine long run incremental cost in a DOCSIS-based network)?

While many of you are reaching back for your 1996 Telecom Act dictionaries (EELs, UNE-P, TSLRIC, IOT, POI and all of the rest of the crazy terms created), think about the benefits of this approach to AT&T.  It would force Comcast to spend a lot of money on building wholesale systems and processes (versus rolling out DOCSIS 3.1 or more fiber to buildings).  It would open up an access alternative to Verizon or CenturyLink in New York, New Jersey, Philadelphia, Washington DC, Boston, Seattle, Salt Lake City, Denver, and Phoenix.  And, for cell backhaul, Gigabit Ethernet circuits just got a lot cheaper.

While the public conversation is being directed to three million (or more) line divestitures, within the FCC they smell the opportunity to regulate without the messy process of mid-term legislation.  If the law of unintended consequenses unfolds in this manner, the ultimate winner from a Comcast/ Time Warner Merger might be AT&T, not Comcast.

On to Sprint’s earnings and the state of the wireless industry.  After listening to Sprint’s earnings call, the phrase ceteris paribus kept running through my head.   This is a latin term commonly used in economic circles when one economic concept is being analyzed:  Ceteris paribus, interest rates will rise when the Federal Reserve enacts a tightening of monetary policy.  It’s a way to say “keeping everything else constant.”

I wanted to insert that phrase many times in the Sprint earnings release this week as they were outlining their second half forecasts:

On churn levels and their relationship to Vision deployment: “While construction is underway, churn elevates above pre-Network Vision levels. As we reach approximately 70% completion of the voice and 3G modernization, churn moderates to prior levels, and as we move from 70% toward 100% completion, churn drops below the pre-construction levels.” This is a classic ceteris paribus comment. 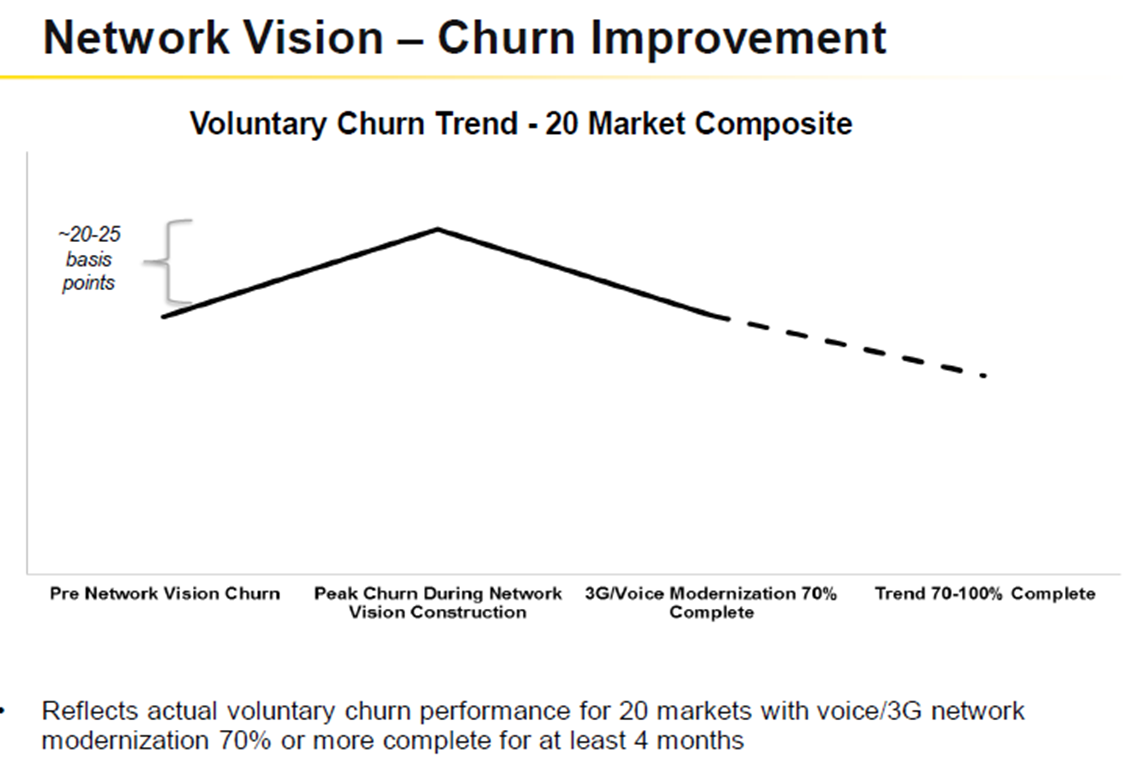 Did this assumption hold in January when several markets reached the 70% completion level and T-Mobile rocked the wireless world with aggressive Early Termination Fee and Phone Buyback offers?  Dan Hesse, Sprint’s CEO, indicated that wireless competition was already intense in 2014 (his exact quote was “There’s a very strong porting credit offer that’s very rich for our industry historically”).  January’s T-Mobile offers and February’s AT&T Family Plans were exogenous variables (see link here for definition).   They came from left field.  These are the events that will likely result in statements like “Our postpaid churn would have been reduced to 1.7% but continued historically rich porting credit offers resulted in a 1.85% rate for the third quarter.”  If everything else had stayed constant, the downward slope of the churn line would have been greater.  But it wasn’t.

This is not a criticism of Sprint, but of the analyst community that follows the company (and specifically those in the analyst community who fail to understand the sustained seismic power of T-Mobile’s ETF porting credit offer).  Right after the 70% quote was made above, Sprint made the following statement:

Absent significant changes in the competitive environment, and acknowledging the normal seasonal quarterly patterns in industry churn, we expect overall postpaid churn to remain elevated in the first half of 2014 and show gradual improvement beginning in the second half.

Because Sprint will have deployed Network Vision, a true “forklift upgrade” of both their 3G and 4G networks, and also because Sprint will have largely completed their Clearwire integration (which means purging the network of high-use data-only customers), churn should begin to improve in the second half of 2014.  That is, unless there are significant changes in the competitive environment.

Sprint’s success will be driven by their ability to generate consistent cash flow growth from increased capital investments.  They are making the right network decisions, but the thought that completion of one mid-year milestone (Network Vision covering 250 million people) would automatically result in the improvement of a fundamental operating metric ignores the weekly headlines that clearly signal significant changes in the competitive environment.

Ceteris paribus.  Two words that mean a lot to economists… and to understanding Sprint.

Next week, we’ll wrap up both the wireless and the wireline discussions with some hardcore numbers and analysis.  Until then, if you have friends who would like to be added to The Sunday Brief, please have them drop a quick note to sundaybrief@gmail.com and we’ll subscribe them as soon as we can.  Have a terrific week!