CenturyLink Gets Back to Basics 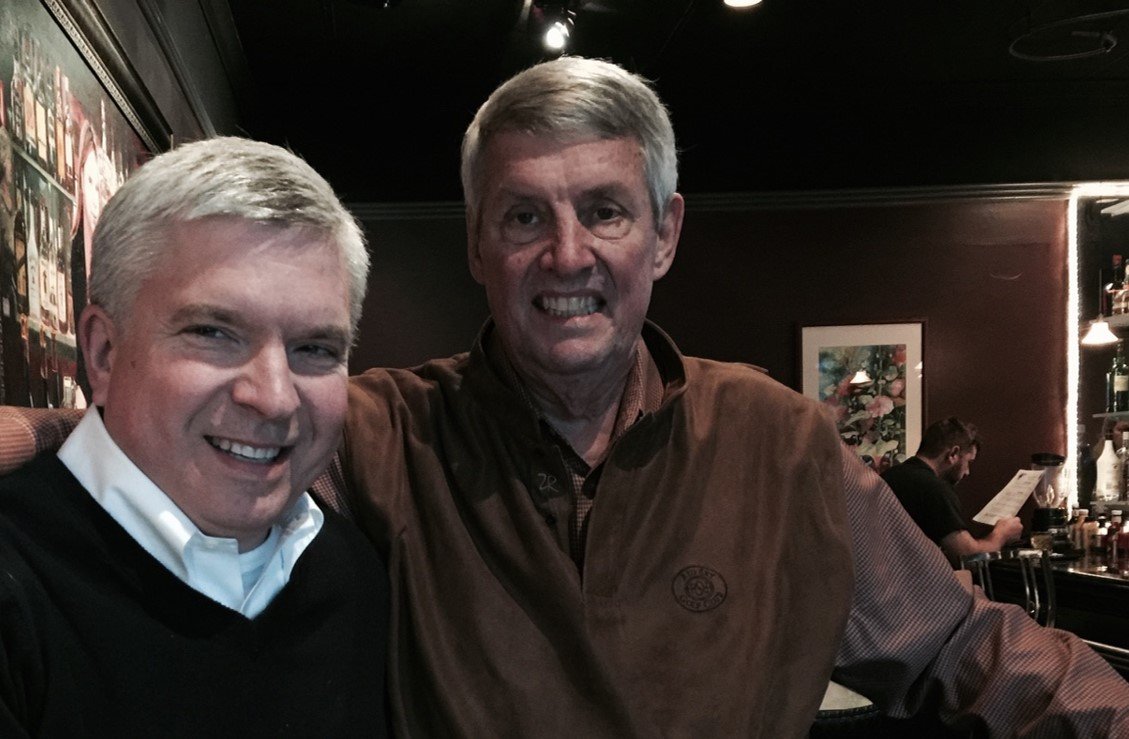 Valentine’s Day greetings from Dallas, Miami, and Louisville (where Sherm Henderson and I enjoyed a few good jokes before dinner).  Quarterly and full year earnings continue to trickle in, and this week we will focus on CenturyLink’s metrics and provide some updates on previous “To Do” list columns.

A quick note of thanks to those who continue to promote this column.  Recent requests for the newsletter have been significant – over 100 added since the beginning of the year.  I am humbled by your ideas and extensive comments and the enthusiasm you show every week.

CenturyLink’s earnings call last week was full of candor, confession and confidence (see full earnings release details here).  They touted the rollout of their Gigabit-capable Passive Optical Network (GPON)  more than 940,000 addressable households and 490,000 business locations, yet confessed that slightly less than 70% of their footprint is not equipped to compete against the next generation of cable speeds (40 Mbps and higher).

To CenturyLink’s credit, however, they are offering standalone 40 Mbps service for $29.95/ mo. with a one-year commitment (with phone service, the price jumps to $54.95).  That’s more aggressive than they have been in the past, and indicates that they are willing to attractively price their product on shorter terms to get a shot against cable. 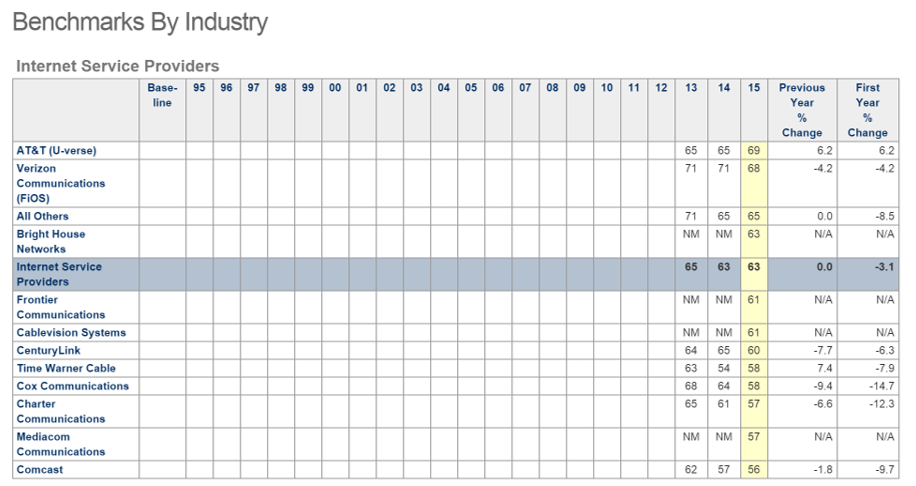 Nearby is the ACSI table comparing customer satisfaction for Internet Service Providers.  CenturyLink is the lowest scoring incumbent telco in the mix, and only a few notches above their principal competitor, Comcast.  They score worse on DSLreports.com “Good, Bad, and Ugly” index (see here), ranking slightly behind Suddenlink and ahead of Mediacom for overall satisfaction.  And the most recent JD Power surveys put CenturyLink at the middle of the pack for both Internet and phone service, better than Comcast (Qwest service territory), but behind Bright House (Florida) and Cox (Las Vegas, Phoenix).

CenturyLink acknowledged that their myriad of systems and processes was preventing them from achieving higher levels of satisfaction.  Glenn Post, CenturyLink’s CEO, set high expectations when he said, “We … expect to gain revenue and operating efficiencies and improved cash from operations through more aggressive systems consolidation, automation, and process improvement.”  Improving delivery intervals, ticket resolution timeframes, and self-service metrics will not be easy to accomplish.  However, when you are the challenger and not the incumbent for the most valued in-home product (High Speed Internet), you have to differentiate on the customer experience.  Dish and DirecTV did it, and both grabbed market share as a result.

Once those streamlined processes are in place (and Prism has been rolled out to more locations), CenturyLink should mimic their wireless service brethren and do the unthinkable:  Offer to pay early termination fees (up to $200) to the customer if they will switch to CenturyLink (GPON) Prism Internet.  This would move the needle on revenue growth and give them an opportunity to (re)establish relationships.

It’s likely going to take more capital in 2016 than the $1.2 billion CenturyLink outlined on their call for broadband deployment and capacity if they are going to effectively challenge cable.  They outlined on the call that penetration in the GPON markets had already reached 15%, but they have not disclosed how many of those customers were upgrades from DSL and how many were cable conversions.  To get the next 15% penetration, it’s going to require a disproportionate level of cable conversion, and performance expectations need to be consistently exceeded.

While this shows sequential and year-over-year improvement, it’s important to remember that these figures now include the wholesale segment which has historically posted 65-70% segment income margins (see this link for the last earnings supplement that had Business, Wholesale and Hosting revenues delineated.  A little over a year ago, the segment income margin for business was 36.5% and had dropped 310 basis points year-over-year).  It’s likely that the returns on the hosting business began to improve in the fourth quarter as CenturyLink took necessary cost measures to improve their EBITDA, and this is probably a key source of the sequential boost.

The retail business division is broken and needs a makeover.  More speed, integrated cloud services, and superior support could revive their prospects.  If CenturyLink does not change, a unified cable industry (Comcast + Charter/TWC/BrightHouse + Cox) will eat their lunch.

Over the past three weeks, there have been a few updates to carriers’ “To Do” lists:

Next week, we’ll focus on commentary from T-Mobile’s profits (Wednesday), provide a preview of Mobile World Congress and comment on Samsung’s Unpacked 2016 event (this means that next week’s Sunday Brief will be an evening edition).  Until then, please invite one of your colleagues to become a regular Sunday Brief reader by having them drop a quick note to sundaybrief@gmail.com.  We’ll subscribe them as soon as we can (and they can go to www.sundaybrief.com for the full archive).  Thanks again for your readership, and Go Davidson Wildcats!